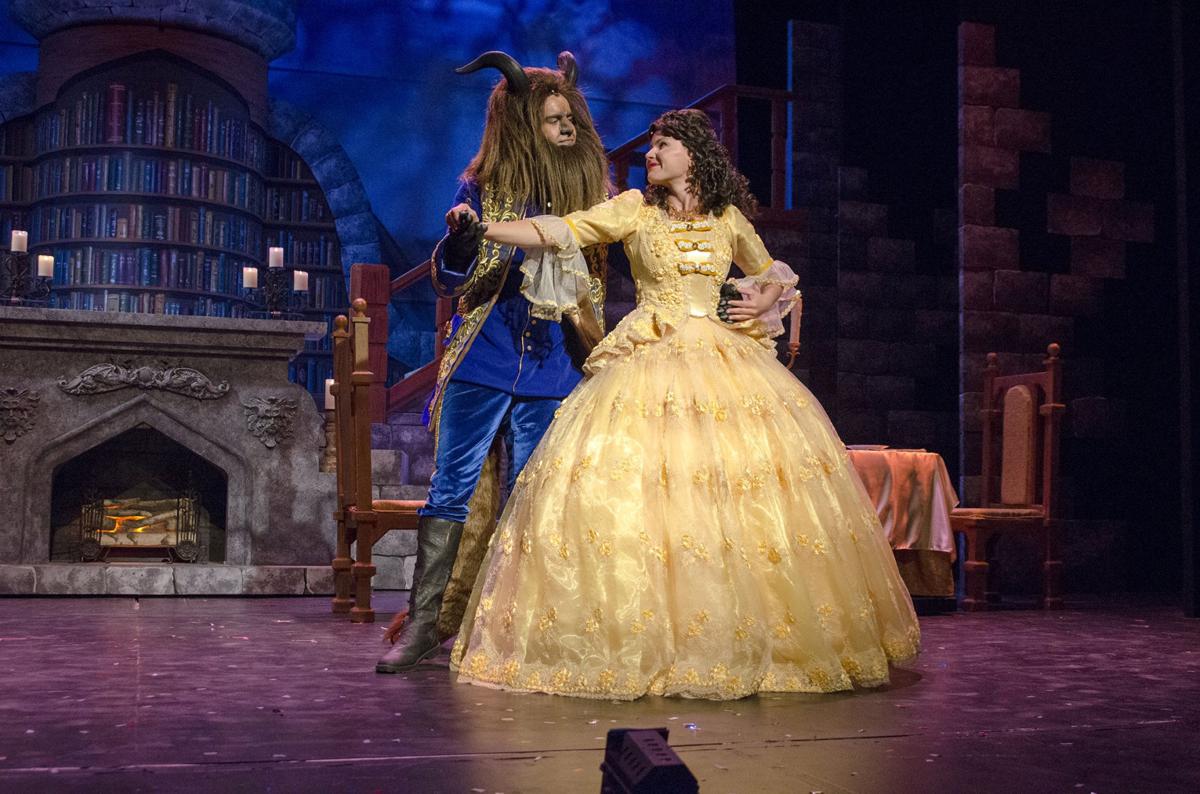 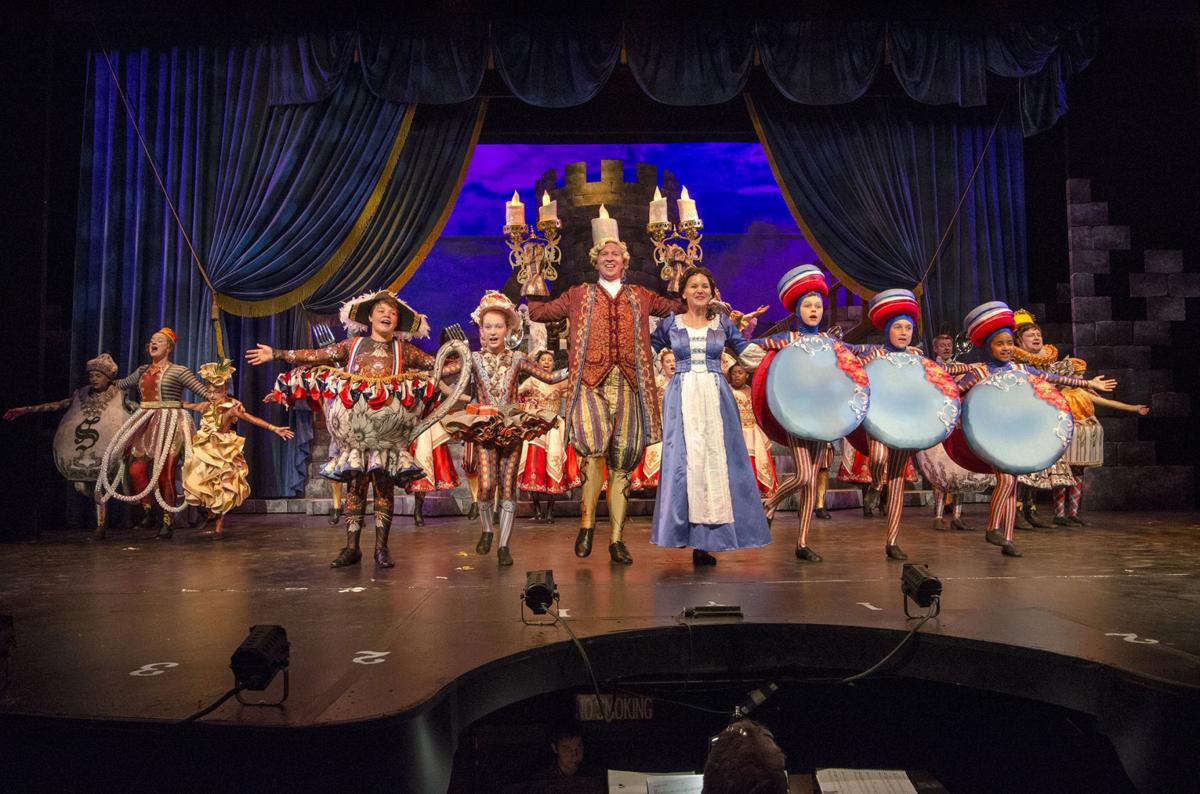 A carefully constructed, vividly colored set and lavish, elaborate costumes are a highlight of the Omaha Community Playhouse production.

If you’re not hooked from the first note of the overture, you will be by the end of the first song.

“Beauty and the Beast” is that kind of show, especially in the hands of director Kimberly Faith Hickman and her cast at the Omaha Community Playhouse.

It’s not an easy musical to pull off. It requires lavish, elaborate costumes; sets depicting several locations; winsome lead actors with standout voices (including a man who can portray a beast who’s both scary and endearing) and others who can play inanimate objects; and the special effects you’d expect from a fairy-tale plot.

Hickman’s group conquered the challenge, even accounting for some wrinkles. The Playhouse’s first Disney musical is obviously a labor of love.

That love was clear on the awed faces of the lucky kids who were part of a show they’ve probably seen a hundred times on DVD. It was in the grins of singing and dancing adults who knew some of the small children sitting rapt in the audience. It was evident in the vividly colored and carefully constructed sets — the Beast’s dank castle, shops in the town heroine Belle decries as “provincial,” a foggy and threatening forest — and in little sound-design touches such as echoes in the castle.

And the love shines through in the unbelievable costumes: A billowing “teapot” dress with a cap and a base, a character dressed as an ornate chest of drawers and another as a French provincial-style clock, not to mention Belle’s pretty and poofy yellow gown, which had little girls (many dressed as princesses) swooning.

The sum of it all was one of the most visually stunning shows I’ve seen at the Playhouse.

Performances were special, too. Leanne Hill Carlson played the feisty yet gentle Belle with charm, and Tim Vallier injected vulnerability and wistfulness into the Beast despite the character’s growls and snarls. If you’ve ever experienced the excitement and apprehension of a new relationship, you’ll relate to the scenes in which Belle and the Beast fall in love.

Both also have wonderful voices that are well-suited to their roles.

Hickman found lots of talent for other familiar roles: Ryan Pivonka was comically goofy as Gaston, the egotistical buffoon who wants Belle (his trademark smirk was spot-on); Dawn Buller-Kirke used her beautiful operatic soprano to full advantage as Mrs. Potts, who became a teapot with the same curse that turned the Prince into the Beast; Steve Krambeck as Lumière and Melissa King as Babette, a candelabra and duster, respectively; and Joey Galda as the loud and confident Madame de la Grande Bouche (an inspired casting choice).

Music, too, was familiar if you’ve seen the movies — my favorite was the cast’s exuberant “Be Our Guest.” When they danced in the aisles, their joy was infectious (prompting an extended, midshow ovation) And until I checked out the program, I thought music director Jim Boggess’ big-sounding orchestra had more than just eight pieces.

On preview night, a couple of set changes were a little balky and noisy, but they didn’t harm pacing. More distracting were lighting issues: The candles on Lumière’s costume were hit or miss, for instance, and I found myself wondering whether they would work at key points.

Those problems are easily fixable, and I doubt whether they even registered with the starry-eyed kids at Thursday night’s preview, or, more likely, the adults they were with. This show should be a hit with all ages.

Beauty and the Beast

The dwelling is resplendent with shiny oak floors, trim and wainscoting; ornate wallpaper; and decorative ceilings. It’s as close to a real castle as you can find on the Plains.

Review: 'Something Rotten!' at the Orpheum is actually quite fresh

The musical, which opened a six-day engagement at the Orpheum Theater on Tuesday night, is a true original, both because it’s not adapted from sources such as television or film and because it has a smart, innovative plot. It was refreshing to see a show so totally new.

Star Quality: Local actress's home in middle of suburban horse country has plenty of high style for a busy family

Leanne Hill Carlson is one of Omaha’s most recognizable stage presences, and unsurprisingly, her home has the kind of elegant glamour you’d associate with a versatile leading lady.

A carefully constructed, vividly colored set and lavish, elaborate costumes are a highlight of the Omaha Community Playhouse production. 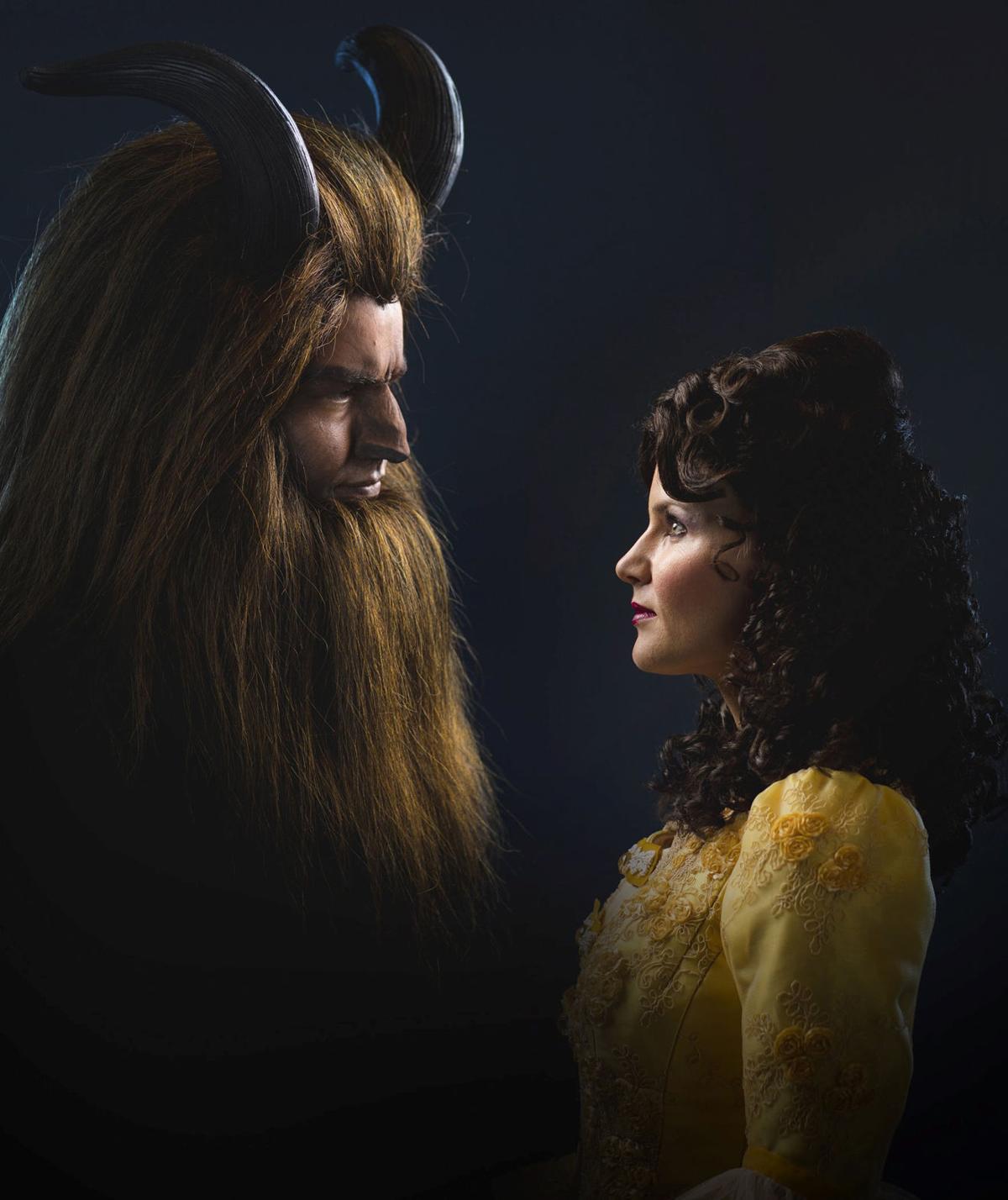 Tim Vallier and Leanne Hill Carlson are the fairy-tale couple at the center of a tale as old as time in the Omaha Community Playhouse’s production of “Beauty and the Beast.” 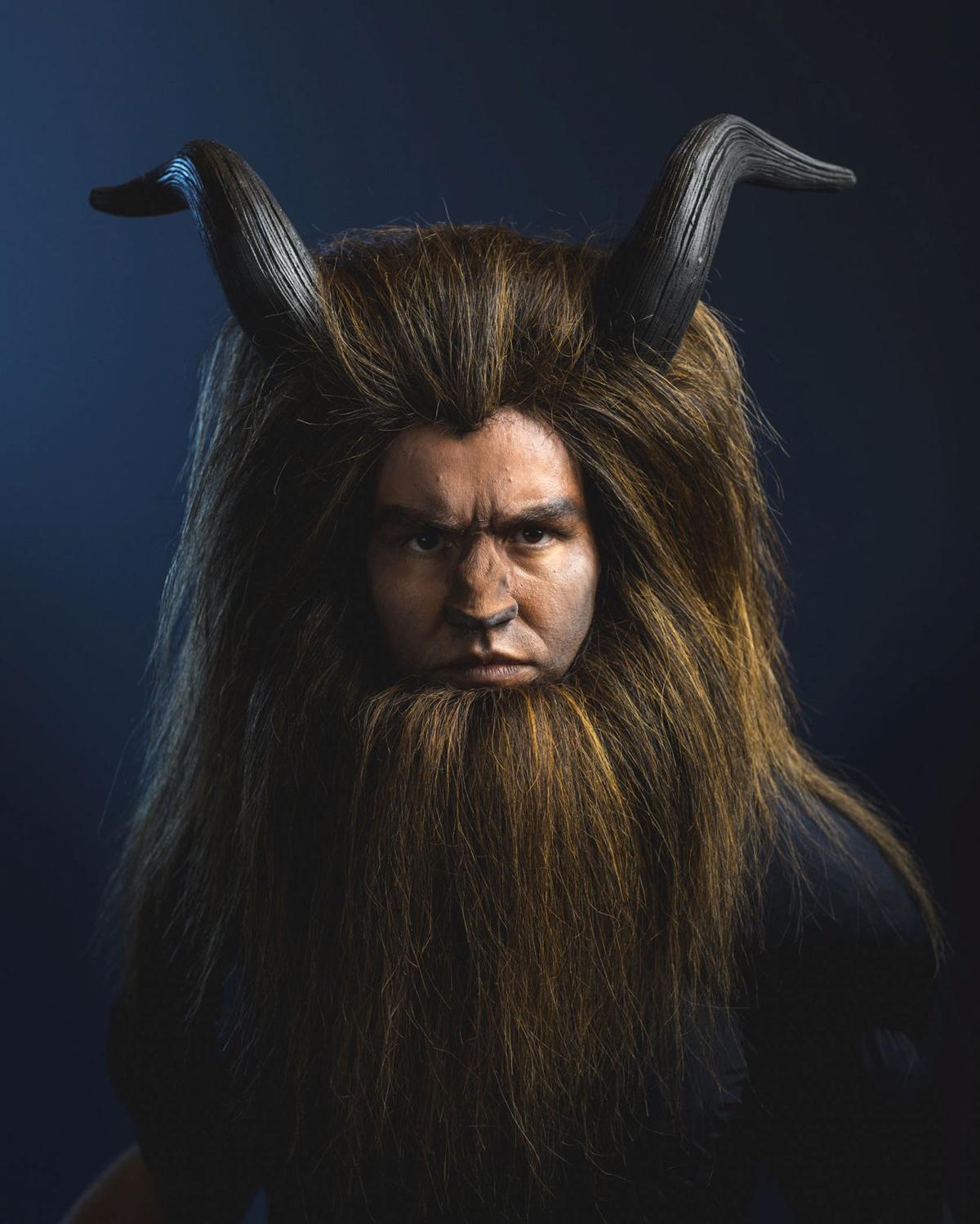 Tim Vallier as the Beast in the Omaha Community Playhouse's production of "Beauty and the Beast." 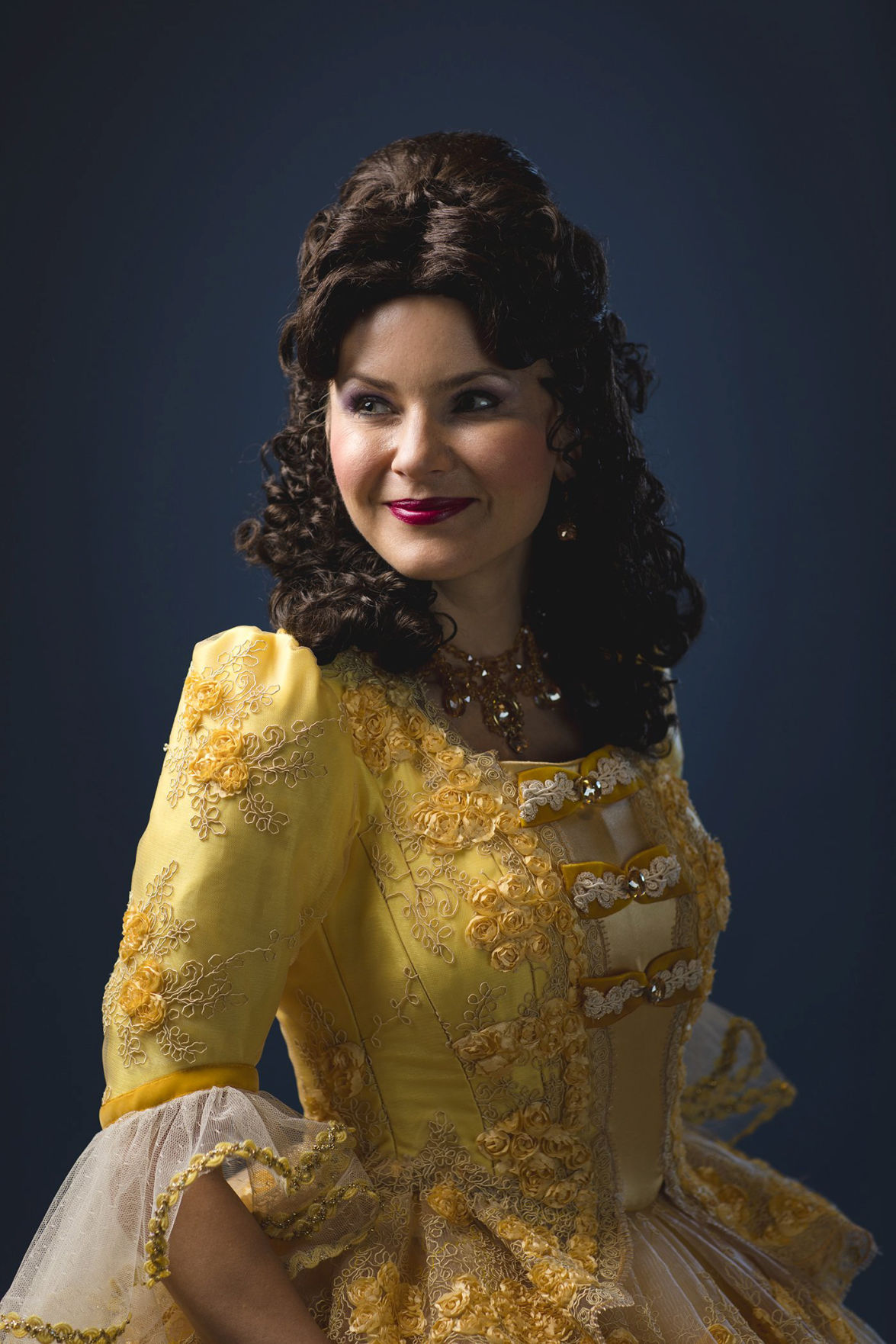 Leanne Hill Carlson as Belle in the Omaha Community Playhouse's production of "Beauty and the Beast." 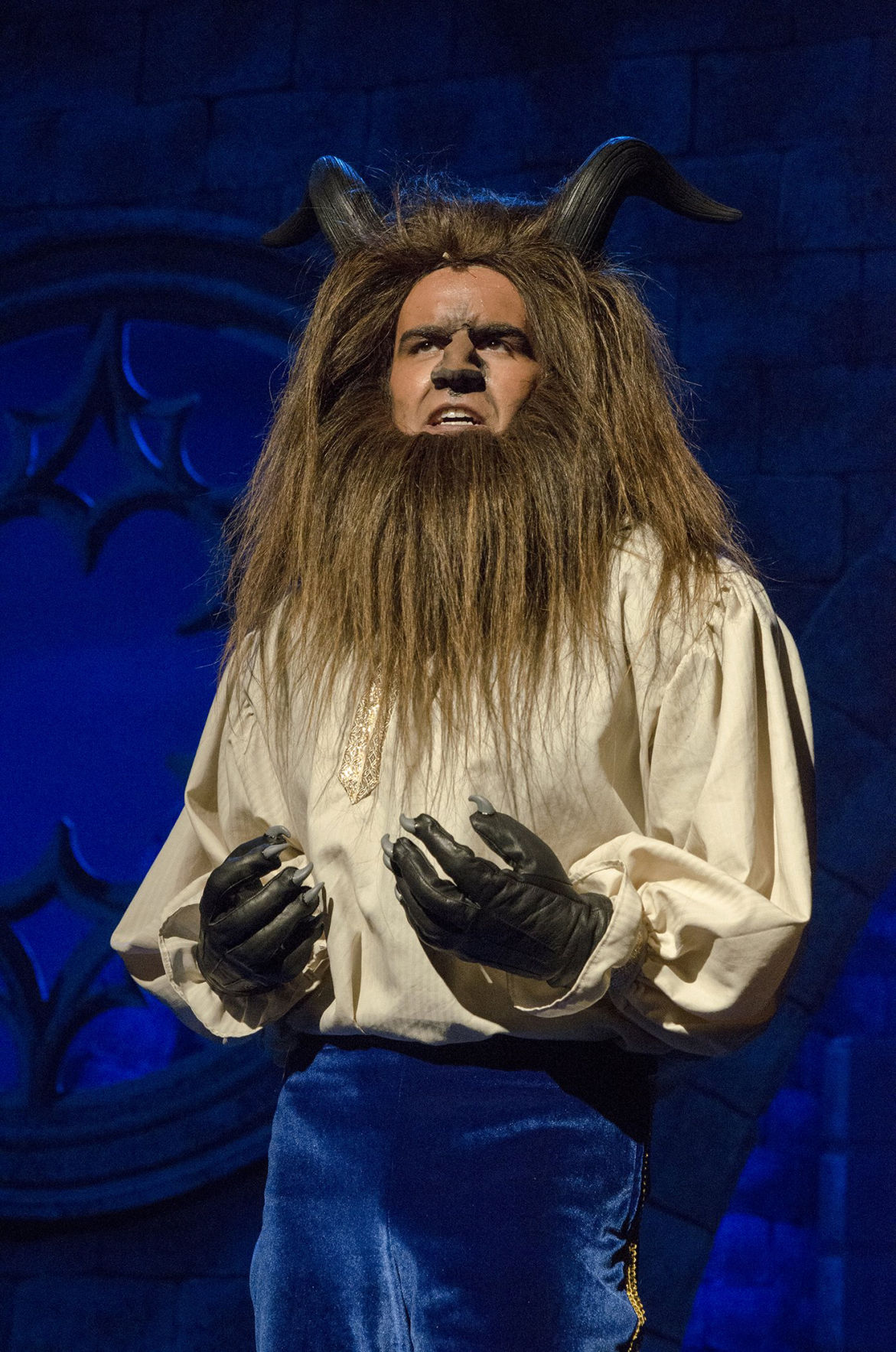 Beast (Tim Vallier) in a scene from the Omaha Community Playhouse production of "Beauty and the Beast," which runs through June 25.