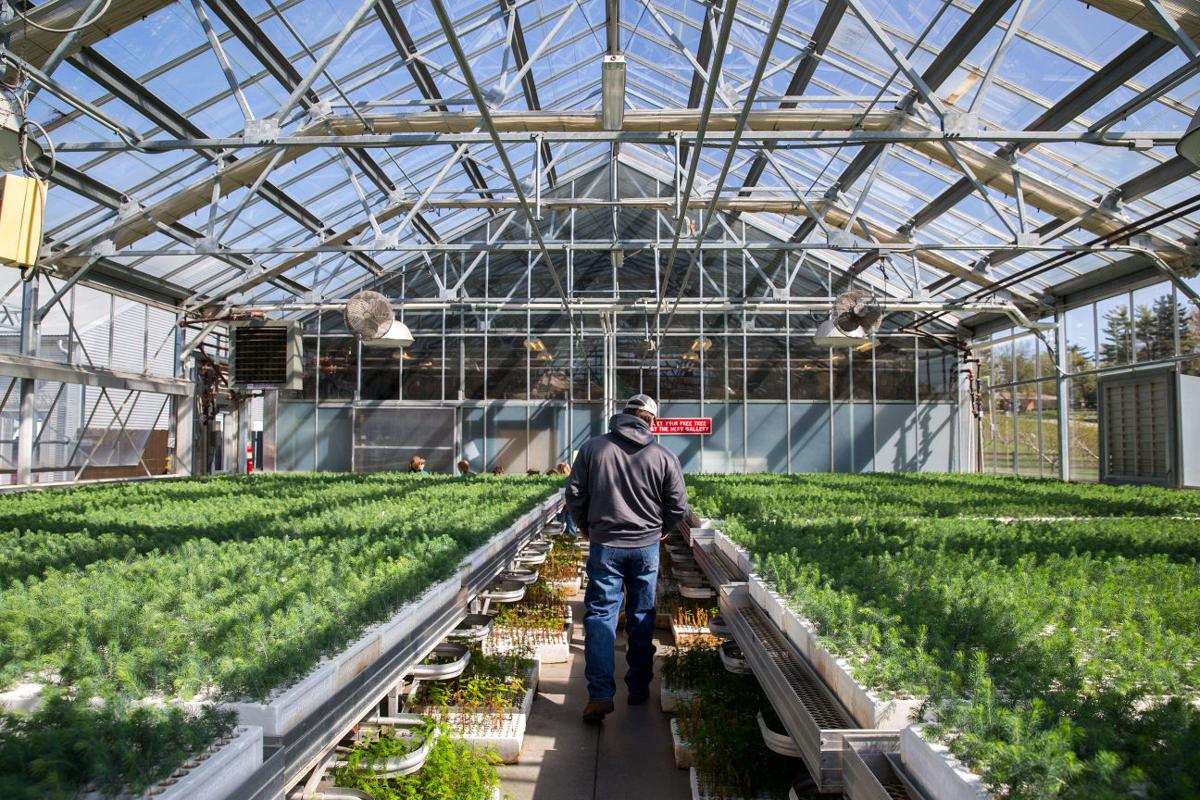 Colorado blue spruce seedlings grow inside the Arbor Day Farm greenhouse in Nebraska City on Wednesday. Arbor Day Farm annually ships as many as 3 million trees around the country. 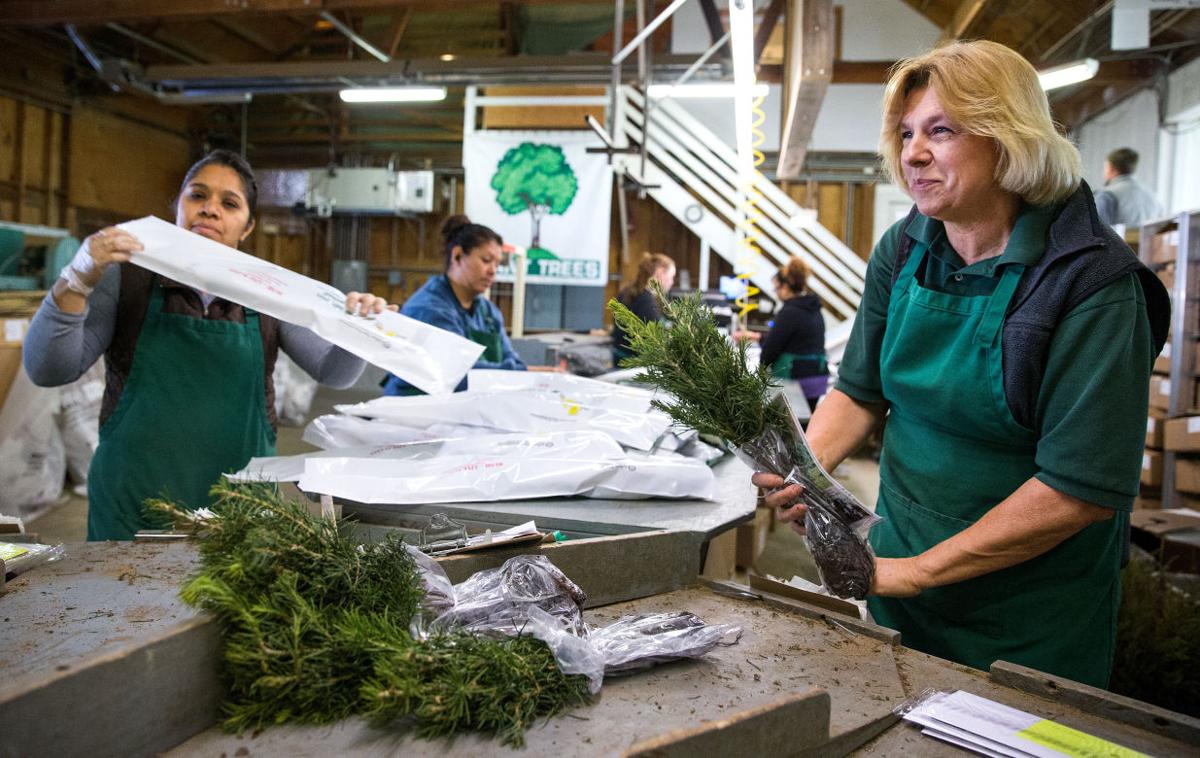 Nebraska is the original home of Arbor Day, and festivities have been in full swing for a week.

On Friday, the event is officially celebrated as a state holiday. And this weekend a full slate of fun activities is planned in Nebraska City, where the holiday originated

In Lincoln, a more sobering event was held Wednesday. Ash trees were wrapped in green ribbons to remind people of how fundamental that species is to the state’s canopy — it’s expected that most of Nebraska’s ash will disappear in the decades ahead as an infestation of emerald ash borer moves through.

Ash trees are under threat from the invasive pest; a bill in legislature would help cities cope with it.

There may be more good news ahead. If the weather continues to cooperate over the next few weeks, fruit trees should produce a bountiful harvest from the profusion of blossoms.

Colorado blue spruce seedlings grow inside the Arbor Day Farm greenhouse in Nebraska City on Wednesday. Arbor Day Farm annually ships as many as 3 million trees around the country.