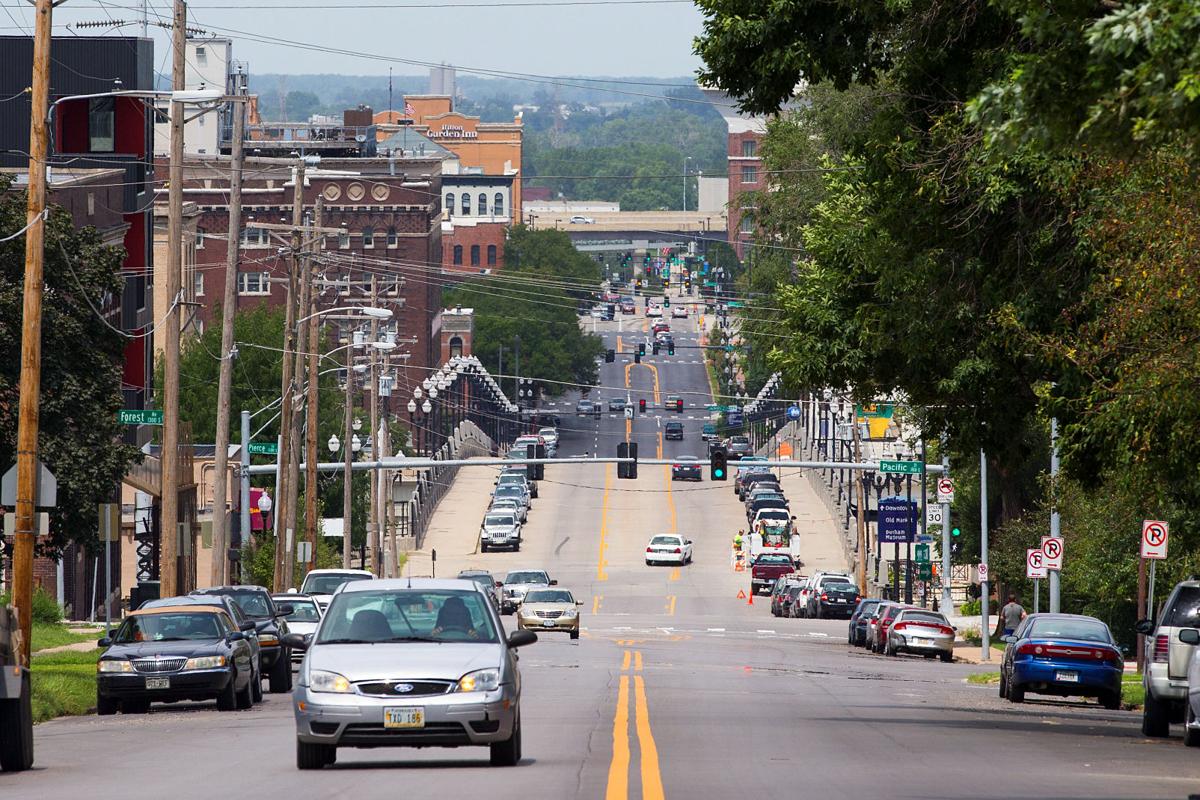 10th Street, here looking north from William Street, has become a popular locale for developers, with arts, housing and restaurants all on the way. 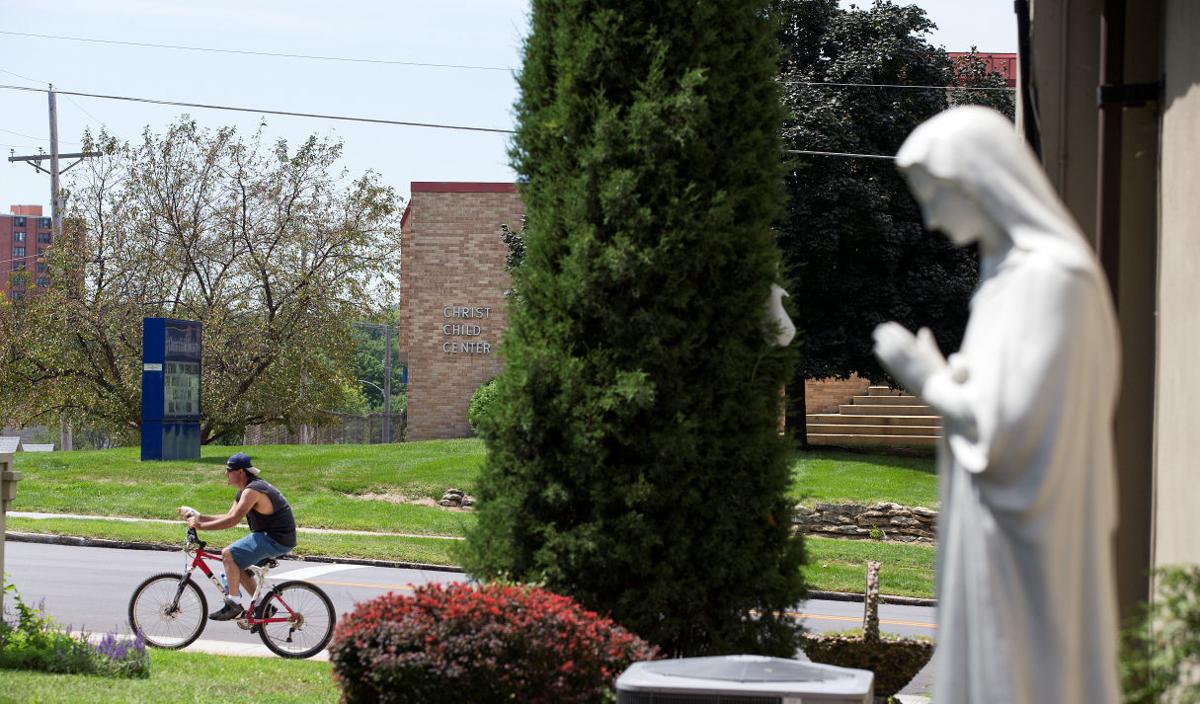 The shift driving development in the area also led to the closing of the Christ Child community center at 10th and William.

When Ethan Bondelid opened his nightclub on 10th Street south of the Old Market, it had few neighbors, was “off the beaten path” — and was the kind of place people plan to go to rather than drop in on the way to somewhere else.

That was House of Loom in 2011. Today, residential and commercial neighbors are about to sprout around it at a rate that has Bondelid and business partners planning expanded hours to capture the new market. Nearby, Bondelid also is behind the coming Via Farina, a pizza parlor that will zip wood-fired specialties to the growing customer base via a fleet of Italian scooters.

Among other grand openings planned soon for the area: a theater and urban park; upscale bar and grill; row houses; an old railroad depot gaining new life as a TV news station; and a former postal annex-turned-corporate headquarters.

“How fast it’s all happening this year is phenomenal,” Bondelid said.

The latest property shift — and heightened concern about development along the 10th Street corridor — came to light last week as operators of the Christ Child facility confirmed that they will close the longtime community center at 10th and William Streets.

John Griffith of the Omaha Archdiocese’s Catholic Charities said demographic changes had led to declining participation and that, following a funding cut, the Archdiocese couldn’t afford to subsidize the center. The swimming pool already had shut down, as did senior citizen programming.

Julie Burt, Christ Child Society president, said her nonprofit board agreed. The society has been based at the corner site since 1923 but turned primary care and ownership to Catholic Charities in 2007.

“The neighborhood is becoming gentrified,” Burt said. “It is changing.”

While developers view the corridor as hot real estate, neighborhood leaders like the eclectic mix and don’t want to see it go too far in another direction.

Controversy hit earlier this year when preservationists objected to a developer razing a 129-year-old mansion (modified to a funeral home) to make way for a row house project north of Christ Child.

Karen Bluvas of the Dahlman Neighborhood Association said she’d like to see the Christ Child site remain a community resource.

Family sizes of yesteryear’s Little Italy may have shrunk. But, Bluvas said, there still are plenty of young people, students, families, baby boomers and older folks.

“I still think we need that neighborhood anchor,” she said. “We have so many positive things going on; there is a need for a community gathering place.”

The Rev. Damian Zuerlein, the new pastor at St. Frances, is eyeing the Christ Child property for church- and student-related services. Catholic Charities has agreed to delay any sale until St. Frances determines whether it can afford the building.

Although Zuerlein said it’s too early to know how else the parish might use the 12,600-square-foot structure, he would like to see community meetings there. He’s also open to renting space to community-based arts and other groups that offer programs for youths and families.

The artsy theme earlier was planted along the 10th Street corridor by developer Nancy Mammel.

Mammel built the CO2 apartments. More recently, she spearheaded the Boxcar 10 housing and retail building where Via Farina will open, and donated land for the neighboring Blue Barn Theatre.

Mammel has described that cluster, including an urban park behind the Blue Barn, as a mini-arts campus. She’s excited about newer creative projects, including transformation of a 108-year-old postal annex into a year-round public marketplace.

“I love the wave of development and think it will continue.”

Jamie Pogge, who in about a month plans to open the Burlington League bar and restaurant at 1002 S. 10th, welcomes the rash of development.

Waschinek in October also bought a 115-year-old building at 1016 S. 10th and is renovating the 2,900-square-foot structure into an upscale condo and ground-floor commercial space.

Meanwhile, KETV is resurrecting the Burlington train station into a media facility expected to open this year. Boyd Jones Construction began a $25 million restoration of the decades-empty Burlington Postal Annex, 950 S. 10th, into business and retail space to open late next year.

More housing is coming soon at the Corvina, a 125-unit apartment and retail building rising on the north side of the future KETV.

Clarity’s Tom McLeay expects the 10th Street corridor to remain alluring to developers. Unlike some areas of midtown or downtown, he said, Little Italy and fringes have a “real neighborhood feel and character.”

“Yet you can walk to everything that downtown has to offer,” he said.

Embracing the Little Italy charm, Bondelid said he and business partner Paul Kulik (of Le Bouillon and the Boiler Room Restaurant) are creating a modern Italian vibe at Via Farina, 1008 S. 10th.

The restaurant, set to open this year, will thrive on speedy food preparation in a Neapolitan wood-fired oven. Patrons can eat in, take a box lunch to the urban park or have pizza or pasta delivered by scooter.

Bondelid expects Via Farina and House of Loom to be busy as the theater opens and area traffic builds.

“A lot is going on around here,” Bondelid said. “It’s great.”

Click on the graphic below for a closer look. Can't see the graphic or need a larger version? Click here.

Next up for revival: 13th Street, once the heart of Omaha's Czech community

A new movement is underway to bring the kind of urban energy sweeping downtown and midtown Omaha to one of the city’s oldest and storied neighborhood spines.

KETV’s 5 p.m. newscast will originate from the track-level studio, and the rest of the KETV operation will move in by the end of the week from its longtime location at 2665 Douglas St.

The shuttering of the building known for serving generations of families follows a funding cut as well as demographic shifts that led to declining enrollment, the executive director said.

A cluster of row houses is planned to replace an old mansion-turned-funeral home near the Old Market — a developer’s $7 million effort to help fill a dearth of new homeownership opportunities near the city’s core.

Petition to save historic mansion-turned-mortuary draws hundreds of signatures

The response to his petition drive to stop demolition of a 129-year-old Omaha mansion-turned-mortuary took the organizer a bit by surprise.

The old mail terminal at 950 S. 10th St. will become the future headquarters of Boyd Jones Construction. The project will include an entire floor for up to 90 startup businesses and a restaurant.

"The Grown-Up," playwright Jordan Harrison’s version of surviving a life that flies by very quickly, will be the first show on the stage of the Blue Barn Theatre's new performance space at 10th and Pacific Streets.

A place that 'just fit': Warren Distribution brings its own long history to historic Omaha facility under renovation

Instructors said their mission and assignment was for the campgoers to have fun, push boundaries.

10th Street, here looking north from William Street, has become a popular locale for developers, with arts, housing and restaurants all on the way.

The shift driving development in the area also led to the closing of the Christ Child community center at 10th and William.