A rain garden at an Omaha high school, a South Omaha park revitalization and a farmer working to improve his land all share a common goal.

They hope to inspire others to improve their natural environments.

All three are being recognized as winners of the 2019 Master Conservationist awards: Dan Gillespie in the Agriculture category, the Omaha Northwest High School Outdoor Environmental Classroom Project in the Youth category, and the Spring Lake Park Project Team in the Community category.

The awards recognize people and organizations who excel in managing and conserving Nebraska’s water and soil. The awards are sponsored by The World-Herald and the Institute of Agriculture and Natural Resources at the University of Nebraska-Lincoln.

One student involved in the Outdoor Environmental Classroom Project was at risk of dropping out before the project gave her a sense of purpose and a place where she felt that her voice mattered.

The student was able to graduate and eventually become a nurse, said Rachael Arens, the project’s organizer and a horticulture and environmental science teacher at Northwest.

Northwest has accumulated two national awards and $45,000 in grant money in the three years since the Outdoor Environmental Classroom Project began.

Arens and her students began planning the garden with University of Nebraska at Omaha professor Steven Rodie and his landscape architecture students in 2015. The Northwest students researched, designed and planted the garden, Arens said.

The garden also provides learning opportunities for other Northwest students. An art class made a rain barrel. Math classes calculated how much water was being diverted by the garden. Special education classes have practiced gardening skills.

The garden diverts stormwater from Omaha’s sewer system, helping to prevent the system from overflowing polluted water into the Missouri River. And students have chosen plants to benefit monarch butterflies and other pollinators.

Arens said the garden allows the students’ curiosity to turn them into scientists.

“I think that this garden is just a snapshot of what students have the power to do when you give them a voice and a platform to engage in something they’re passionate about and care about.”

She said anyone can stop by to walk through the garden.

“We hope that the word spreads,” Arens said. “We hope that other people take notice of things that they can do in their own backyard to help out the community and the environment in a tremendous way.”

Dan Gillespie credits his father, Leo, for a lot of things: his natural curiosity, his “farm blood” and his ability to try new things.

Dan Gillespie first decided to stop tilling, or manually overturning the soil, in 1986 after rainfall left a 3-foot-wide gully in his field. Over the next 10 years, he also started monitoring the soil’s health and planting a cover crop during dormant periods.

His combined efforts improved his crop yield, protected his fields from soil erosion and increased the proportion of organic matter in the soil to more closely match pre-farming soil ratios.

“The regenerative agriculture movement is all about looking at the systems we have in the field and comparing it to Mother Nature and seeing how much more we can emulate the natural system,” Gillespie said.

Gillespie wants to leave behind a simple legacy when he retires.

“I want to leave the land in better shape than it was in when I started farming it,” he said.

Spring Lake Park got its lake back, thanks largely to dedicated neighborhood residents.

The park’s three original ponds were drained in the 1930s. Two attempts to restore them failed before Spring Lake neighborhood resident Janet Bonet made a successful pitch to the Omaha Public Works Department.

Phase one of the Spring Lake Park project included a man-made wetland lake, newly planted native plants and trees, and an improved playground, she said.

The park’s new lake holds stormwater and runoff from nearby neighborhoods and allows pollution and sediment to disperse before releasing the water, said Jim Theiler, assistant director of Public Works.

“When that stormwater goes there, it’s not mixing with sewage and going to the Missouri River,” he said.

Theiler added that the project was the first of many in which the Public Works and Parks and Recreation Departments partnered with neighborhood associations to add park amenities that help the city’s sewer system.

Bonet said Spring Lake Park used to be a place that people didn’t want to go, but since the renovations, a new generation is enjoying the park. The natural habitat restoration has attracted new wildlife, too, she said.

“You’ll get a lot of waterfowl that haven’t been stopping in our neighborhood for half a century or more,” Bonet said. “And then the dragonflies and the frogs and the turtles are back.“

Phase two of the Spring Lake project is almost complete and will include more stormwater retention on the park’s golf course, Theiler said.

Dan Gillespie is the winner of the 2019 Master Conservationist Award for Agriculture.

The monitoring program has influenced producers to make such significant changes to their practices that in 2017 the Shell Creek Watershed became the only stream to be delisted from the Environmental Protection Agency’s impaired waters list.

“If we don’t change the way we’re farming, then future generations won’t be farming the family farm,” Scott Gonnerman said. “I’m trying to increase soil productivity so that my grandson can make a living farming someday.”

Lighten up and let things grow. Pollinators will appreciate it

We’ve grown up with the idea that a neat landscape is the best landscape. But planting for pollinators is about more than adding a pretty flower or two in a perfectly manicured bed, said Scott Evans, the horticulture program coordinator at the Douglas-Sarpy County Extension Service.

Horticulturists and tree experts have been the retirees' primary teachers the past 23 years.

Keeping bees here has been so challenging lately that U.S. commercial beekeeping giant Adee Honey Farms recently gave up on Nebraska as a place to put hives during the summer months. At one time, Nebraska had been the company's top honey-producing state.

Chrysanthemums at Lauritzen Gardens look and smell like fall

There are 20 different varieties of mums moving in and out of the conservatory as their blooms fade.

While Nebraska has a lot of streams, most are shallow and get too hot and muddy to sustain cold-water-loving trout. In this end of the Panhandle, trout fishing underwent a boom a few decades ago that locals are trying to bring back.

Program grants more than $79,000 to community landscapes in Nebraska 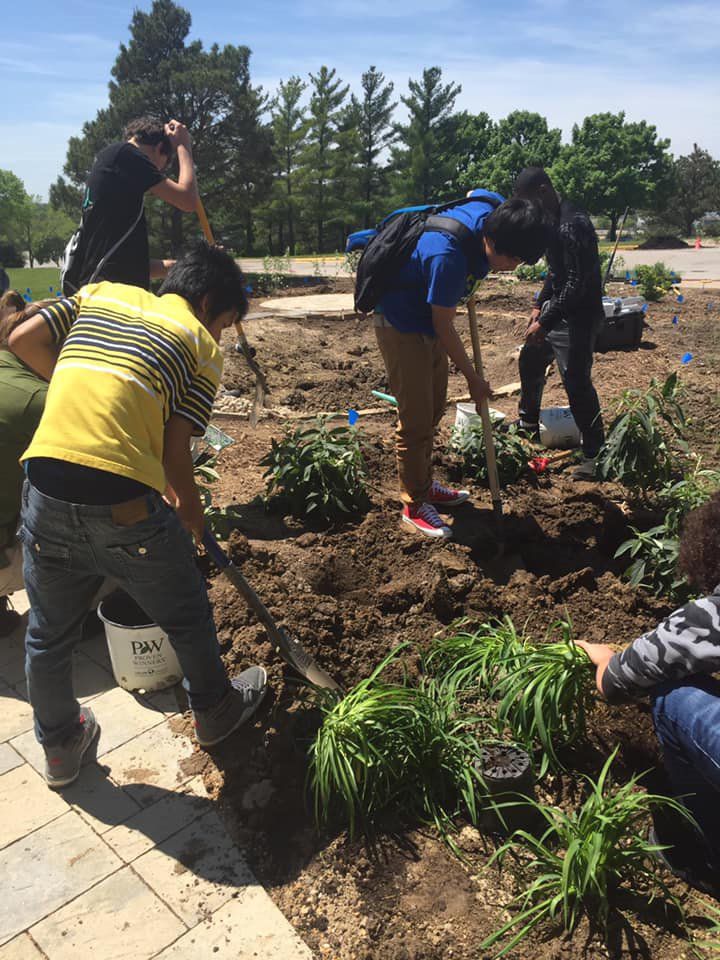 Omaha Northwest High School’s Outdoor Environmental Classroom Project is the winner of the 2019 Master Conservationist Award in the Youth category. 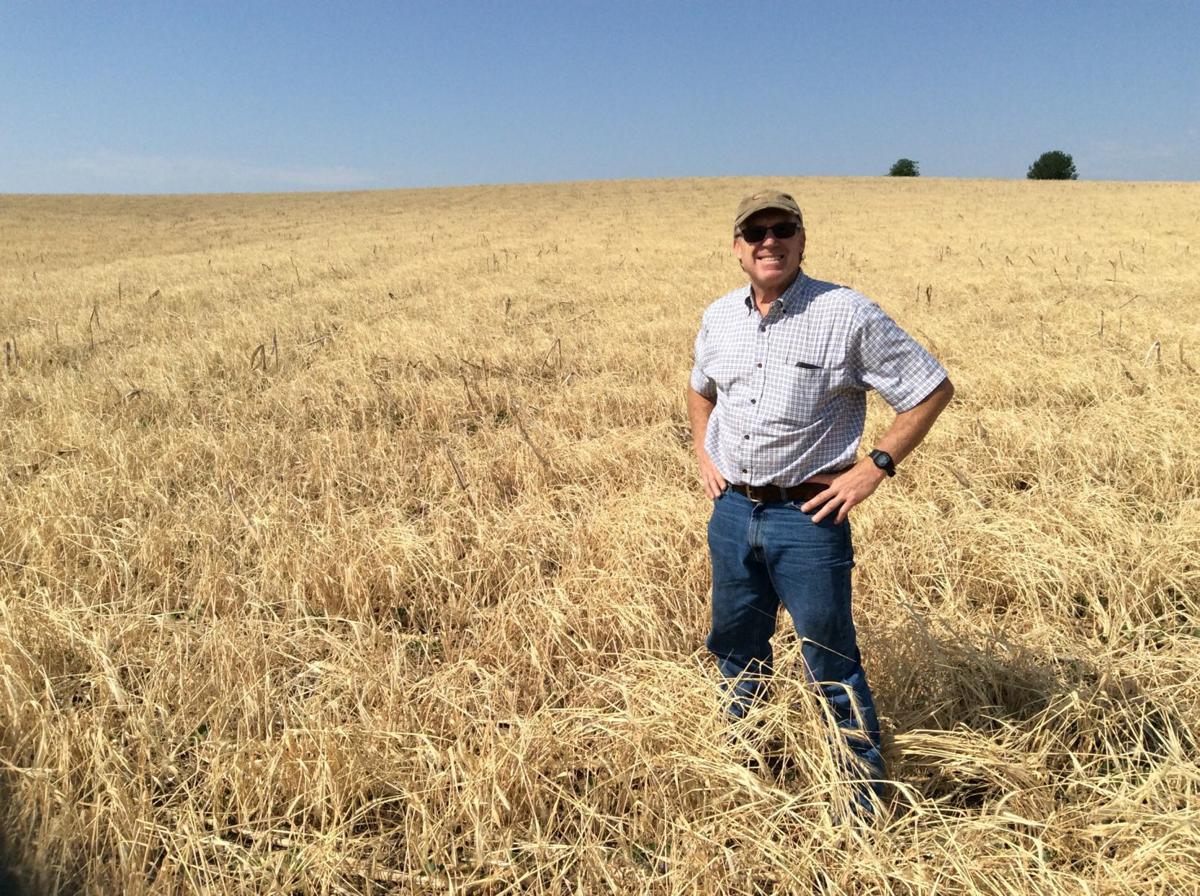 Dan Gillespie, winner in the Agriculture category, said, “I want to leave the land in better shape than it was in.” 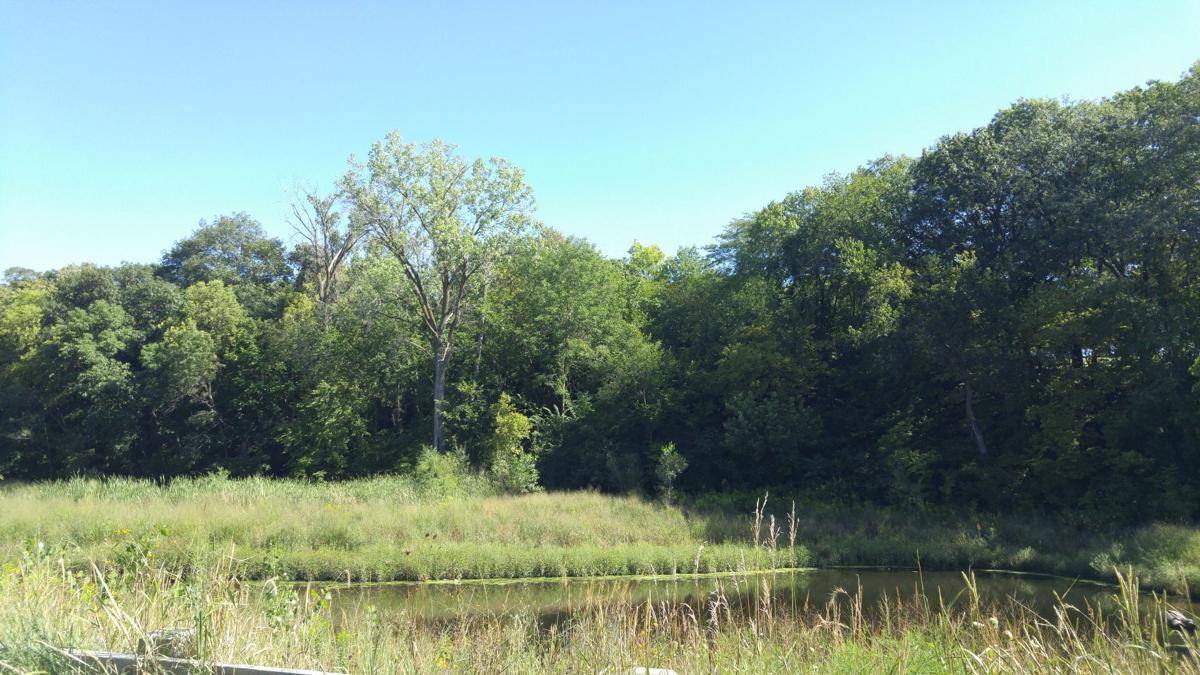 The Spring Lake Park Project Team is the winner of the 2019 Master Conservationist Award in the Community category. The lake collects stormwater and runoff from nearby neighborhoods, keeping it out of the city’s sewers. 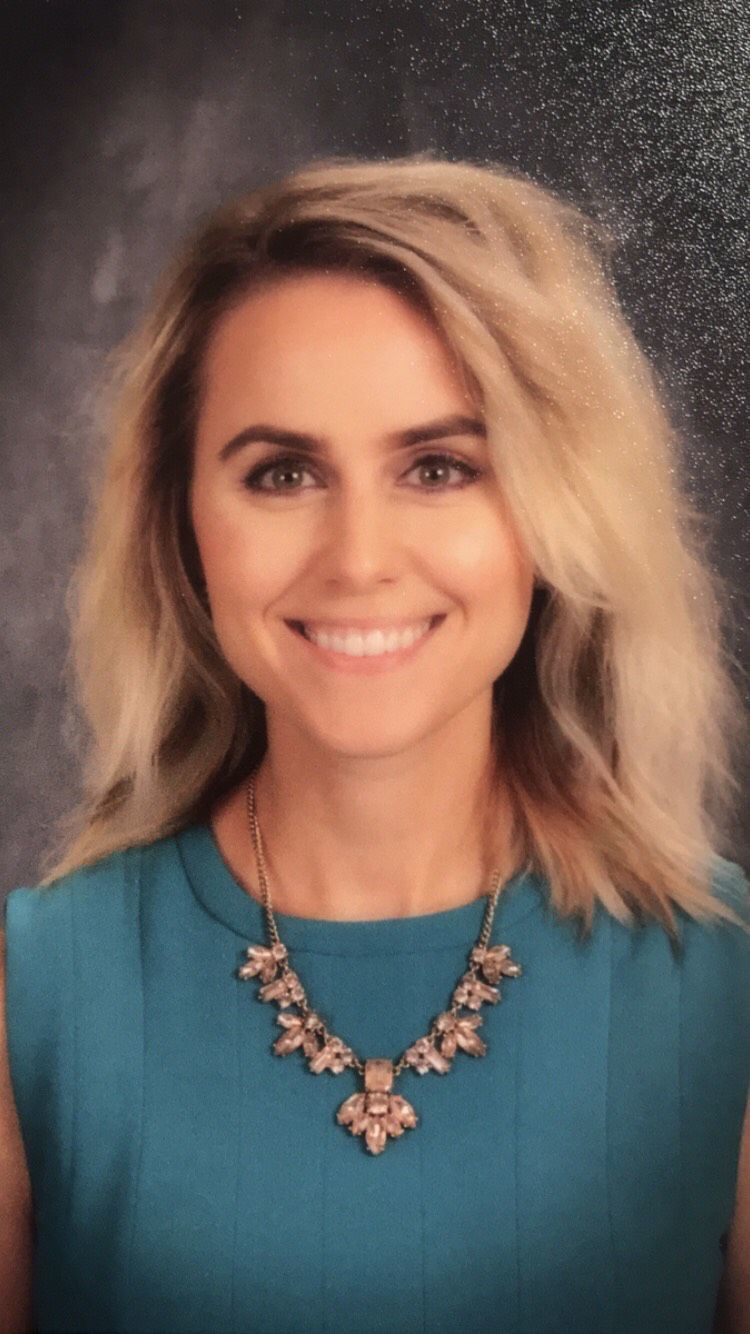 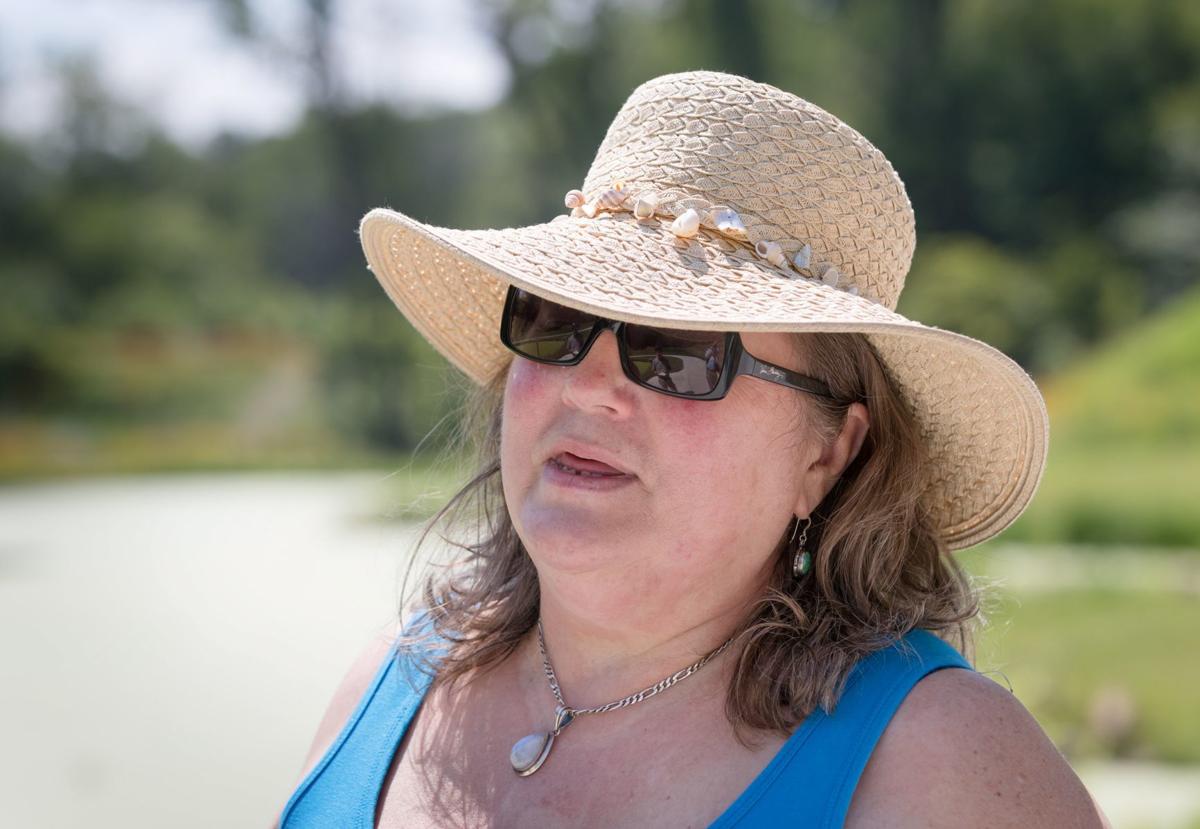