Amazon distribution center, Cottonwood Hotel: A look at big projects that began or finished in 2020
2 comments
Share this
1 of 3 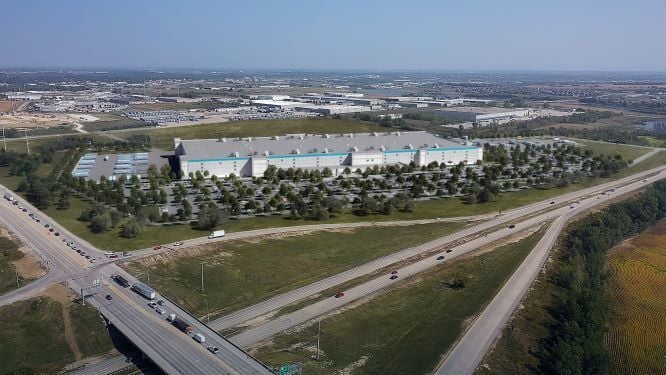 A rendering of the Amazon distribution center coming to Sarpy County. The mammoth facility is to employ 1,000 full timers. 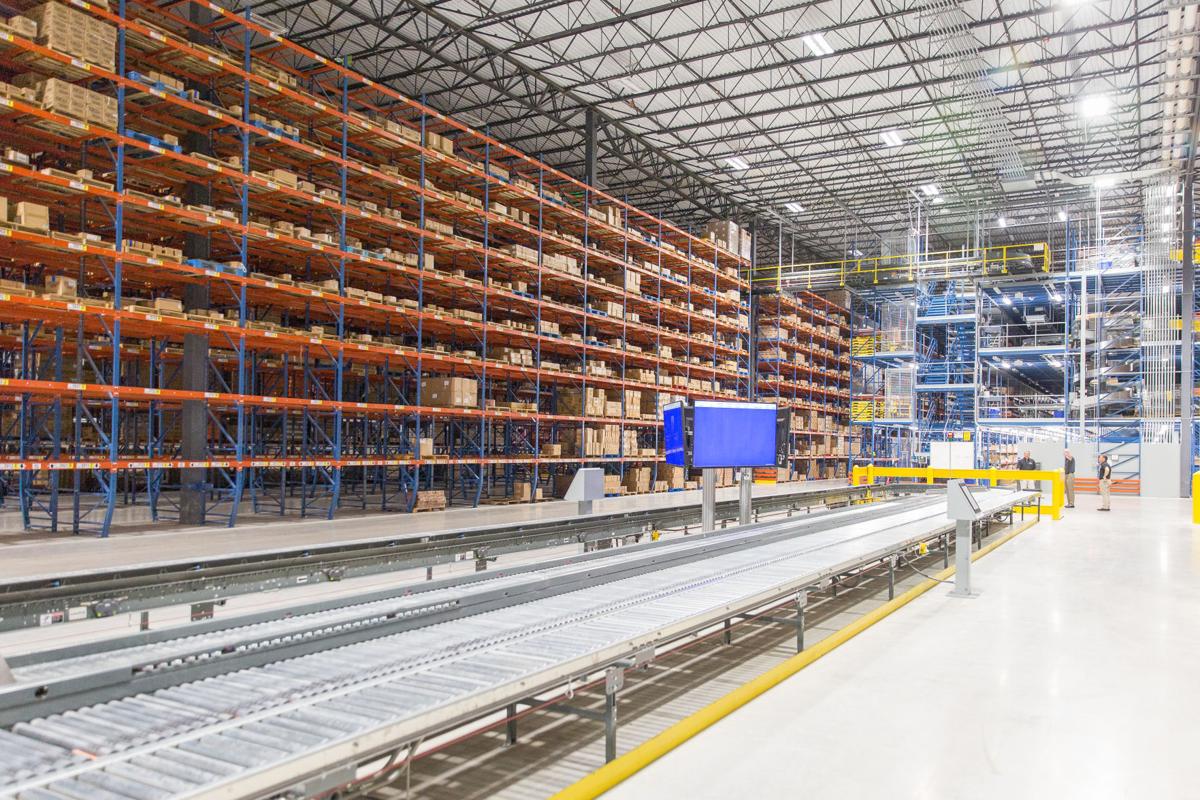 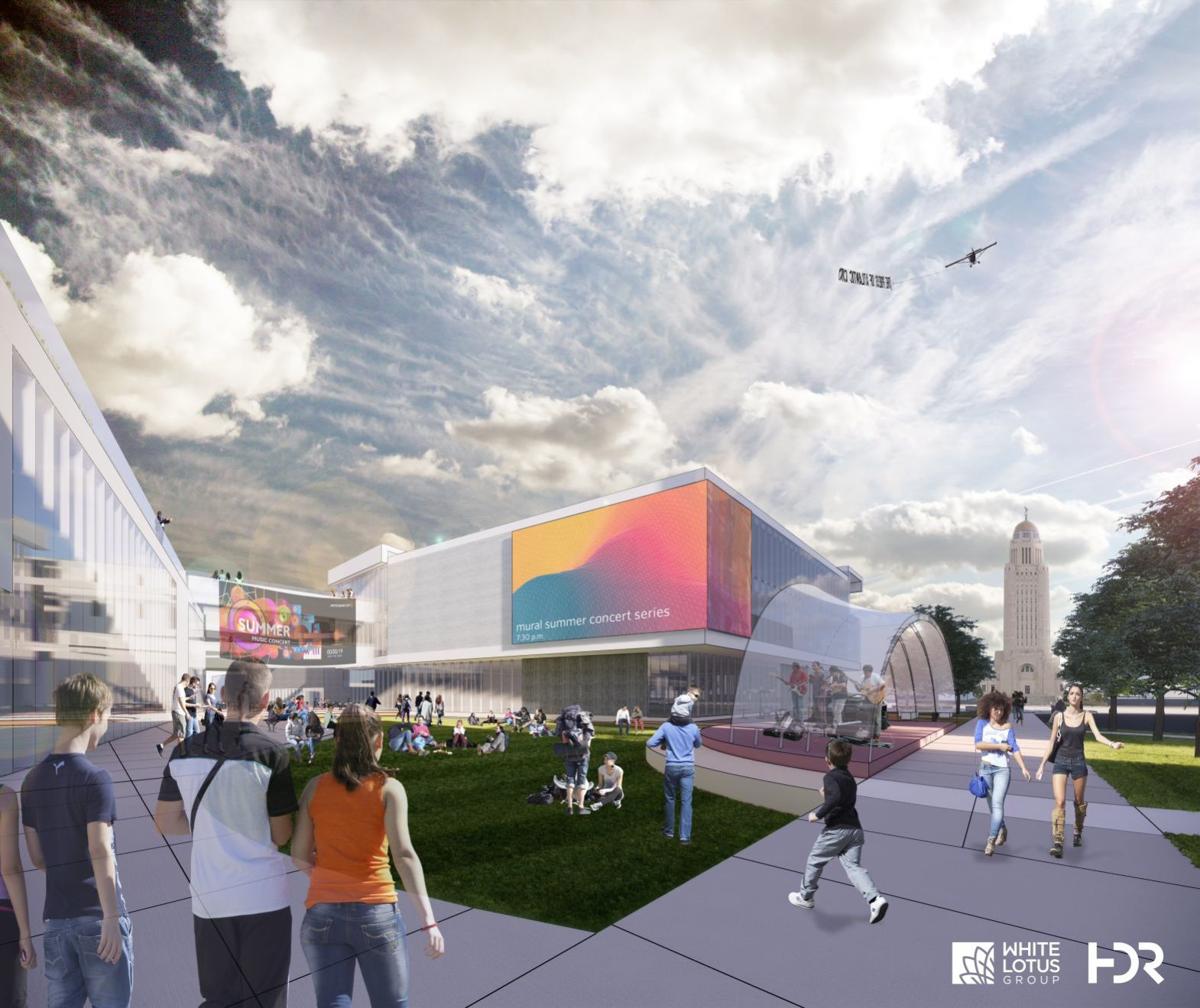 A rendering of the mixed-use project envisioned for the site of the old Pershing Center.

From a tiny house village in downtown Omaha to a mammoth Amazon distribution center in the suburbs, last year brought a far-ranging group of real estate projects poised to change the metro area’s landscape.

Projects launched in coronavirus-burdened 2020 included big-ticket mixed-use shopping districts such as “The Row” out west and “The Crossroads” in central Omaha.

They included smaller, yet intriguing, initiatives like the revamp of the high-profile downtown Central Park Plaza. New local owners say they might reshape the distinctive twin towers into one.

Of course, COVID-19 slowed aspects of the industry, as evidenced by empty storefronts and office space dotting the metro area. Alarms went off, for instance, when Infogroup decided to sell its sprawling Papillion headquarters and pivot to a mostly work-from-home operation. (Infogroup is now called Data Axle.)

Papillion officials sighed with relief when Midwest Laboratories announced that it would buy the 27-acre office complex. The move opens up a sale of Midwest Labs’ existing 14-building Omaha campus.

Perhaps outshining all local real estate-related sectors last year was the single-family residential market. On the construction side, permits to build houses jumped more than 20% during a recent three-month period compared with a year earlier, according to data compiled from seven counties by the Greater Omaha Chamber of Commerce.

For existing homes, the Omaha Area Board of Realtors reported that sales went up by 7% and home prices increased by more than 8% during the first 11 months of 2020 compared with the same time the year before.

Here’s a look back on some memorable real estate projects that either launched or finished in 2020.

Amazon is building a 700,000-square-foot distribution center on an expansive 94-acre Sarpy County field. The facility is to employ 1,000 full timers, who will work alongside robots. When Amazon announced the project in October, it didn’t disclose a price tag. The Omaha Chamber described the project as its biggest economic development coup for its seven-county area in 2020.

The (50-home) Cottages, on the other end of the size spectrum, would be the city’s first tiny home neighborhood. The downtown Omaha project was made easier by a July change in city building code permitting houses smaller than 400 square feet. The targeted renters are clients of the Siena Francis House. The homeless shelter has partnered with Arch Icon Development to seek low-income housing tax credits to finance the $6.5 million effort.

Topgolf opened its 10-acre complex near Westroads Mall last summer. It attracted attention as its towering poles and driving range nets could be seen during construction rising above the freeway. City planning documents put the price tag at about $23 million. The main almost 50,000-square-foot, two-story structure contains 72 hitting bays.

The Cottonwood Hotel, the rehabilitated version of the historic Blackstone Hotel, opened in November after a three-year, $75 million makeover. The midtown Omaha hotel and its storied past was one of Omaha.com’s most read-about redevelopments of the year.

The Row is a 40-acre, roughly $500 million “town center” within the larger Heartwood Preserve redevelopment site. Announced in August by Lanoha Development, it’s designed to be the pedestrian magnet piece of former farm and prairie land near 144th and Pacific Streets. The medley of apartments, stores, diners, hotel rooms and offices will be constructed in four phases.

The Crossroads is a 40-acre, $554 million replacement for the dying mall at 72nd and Dodge Streets. Also announced in August, its housing, offices, commercial space and outdoor plazas are scheduled to open in 2024. Lockwood Development and Century Development are partners in the project, which is in a city-designated blighted zone and therefore qualifies for incentives such as tax-increment financing.

Hello Apartments, a 171-unit north downtown project by Bluestone Development reflects continued thirst for local apartment building. The $30.5 million project, to be followed by another nearby, began to rise last year as the first new apartment complex in the emerging Millwork Commons district.

Foundry Lofts, a century-old machine shop converted into trendy apartments, opened last year at 1039 S. 21st St. The $3.5 million, 16-unit project by developers Zach Atchley and Corey Spader is notable as an off-the-beaten-path project intended to spark a mini-revival around a neighborhood on the periphery of downtown.

A hotel poised to rise seven stories near 44th and Douglas Streets reflects continued attraction by developers hoping to capitalize on the growth of the University of Nebraska Medical Center. The $17.5 million project, which will include commercial space, drew ire from longtime area renters when the developer/landlord MH Ozone gave them a month’s notice to vacate. (The deadline was later extended.)

Science on the riverfront

The $101 million science museum announced last summer was touted as a way to fill a cultural amenity void in Omaha. Supporters expect the privately funded 82,000-square-foot facility, projected to open in 2023 at Lewis & Clark Landing, to inspire interest in science, math, engineering and technology, helping fill a critical need for workers in those fields.

Message in the architecture

The $86 million VA Ambulatory Care Center opened last summer with unique design features that hold special meaning for veterans. The 160,000-square-foot facility near 42nd Street and Woolworth Avenue, for example, has a “flag wall” and a “ribbon wall” and artwork by local vets. The project also stands out as the country’s first private-public partnership to build a health care facility under the CHIP IN for Vets Act.

An $85 million distribution center being built on an 85-acre site in Blair by Dollar General was welcomed as a diversification of the city’s agriculture-based economy. About 800,000 square feet, it is to add 400 jobs and be the company’s first distribution site built to handle both dry and fresh (perishable) items.

A $54 million project of mixed-income apartments and commercial space is to be built on a familiar Lincoln site that hosted concerts and sporting events for decades. Omaha’s White Lotus Group was tapped last summer by Lincoln officials to redevelop the block that includes the vacant Pershing Center. Completion is expected in 2024.

The new Crossroads campus that Omahans have been waiting for comes with the biggest single request ever for local tax increment financing: nearly $80 million.

The proposed Leavenworth Pointe project would rehabilitate three nearly century-old buildings southwest of 31st and Leavenworth into space for retail and restaurant use.

It will be called Papillion Foods and will make Hormel salami and other dry sausage products.

Blackstone area's 'The Committee Chophouse' opens in the Cottonwood Hotel

Interest in the vacant Cantina Laredo restaurant space has shifted more to office use, so Omahans are about to see a big change at the Midtown Crossing campus.

Behind each design element at Omaha’s new $86 million veterans health center is a metaphor or symbolic message meant to honor veterans. "Once it's up and built you just get this sense of fulfillment, almost like you've done your part to give respect to the veterans who have given their service, their lives, to our country."

The irrigation equipment maker posted revenue of $108.5 million in the period.

A federal judge has blocked one of the main unions of Omaha-based Union Pacific from going on strike over its concerns about the railroad's efforts to protect employees from the coronavirus.

A rendering of the Amazon distribution center coming to Sarpy County. The mammoth facility is to employ 1,000 full timers. 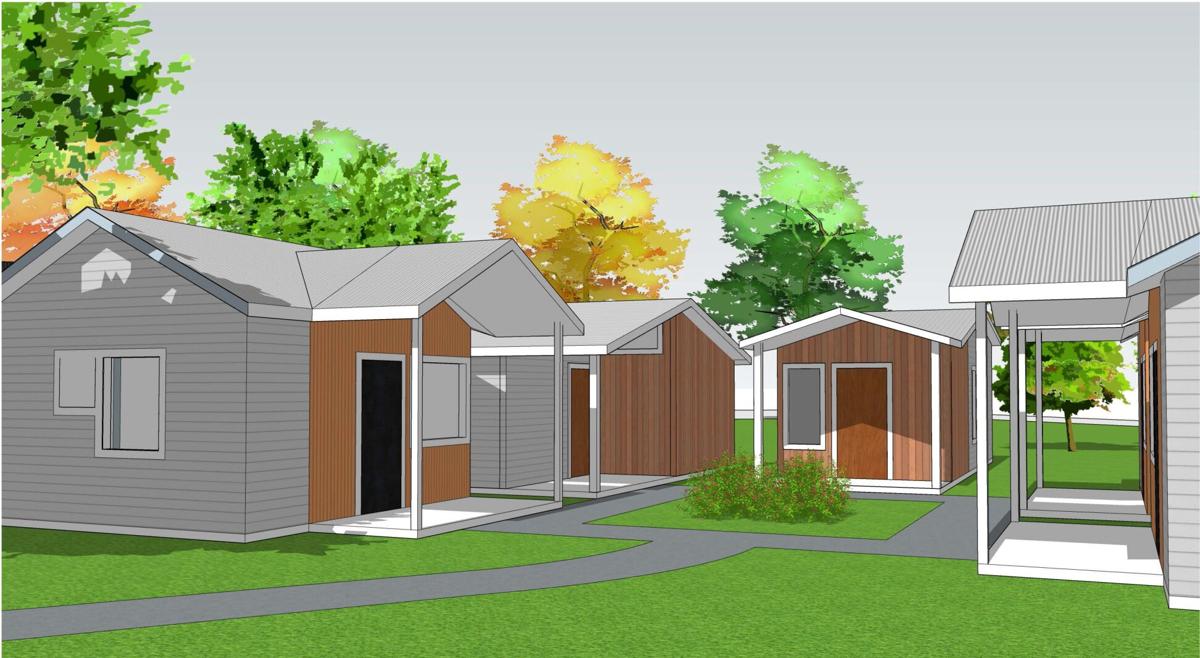 A rendering of the housing complex geared toward Siena Francis residents. 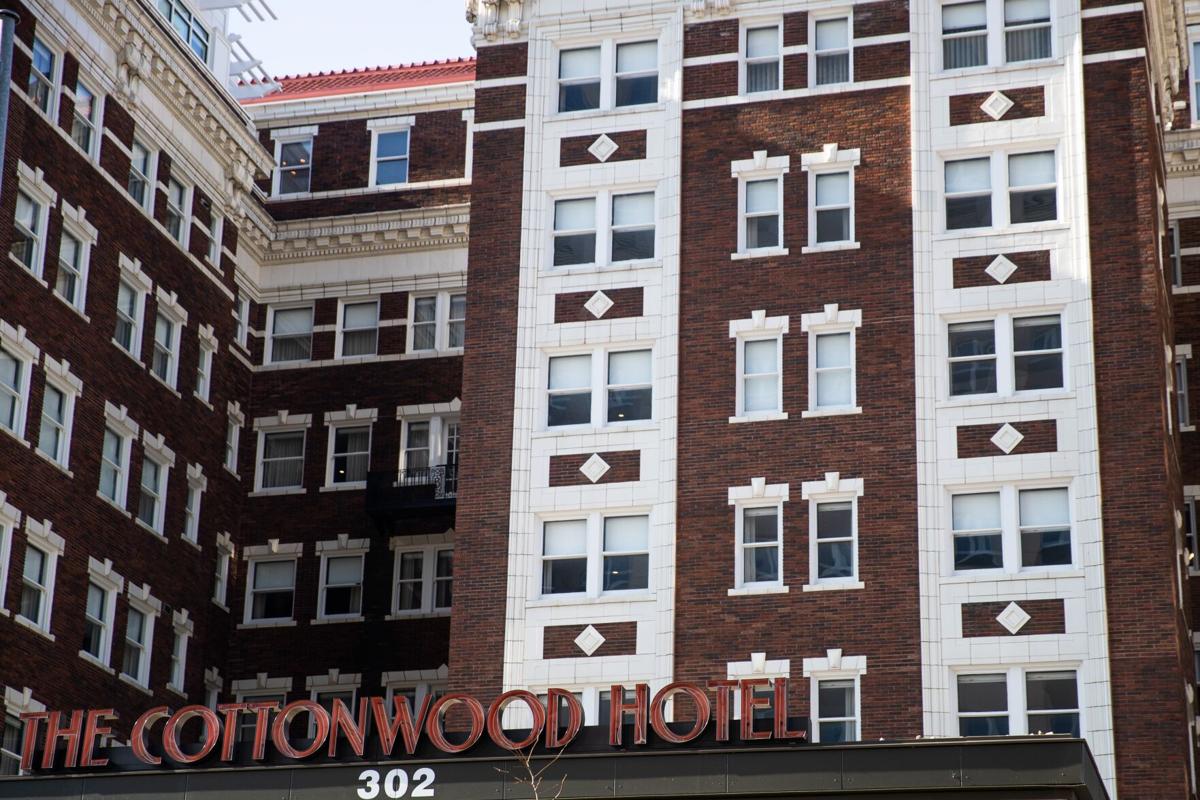 The Cottonwood Hotel, the rehabilitated version of the historic Blackstone Hotel, opened in November. 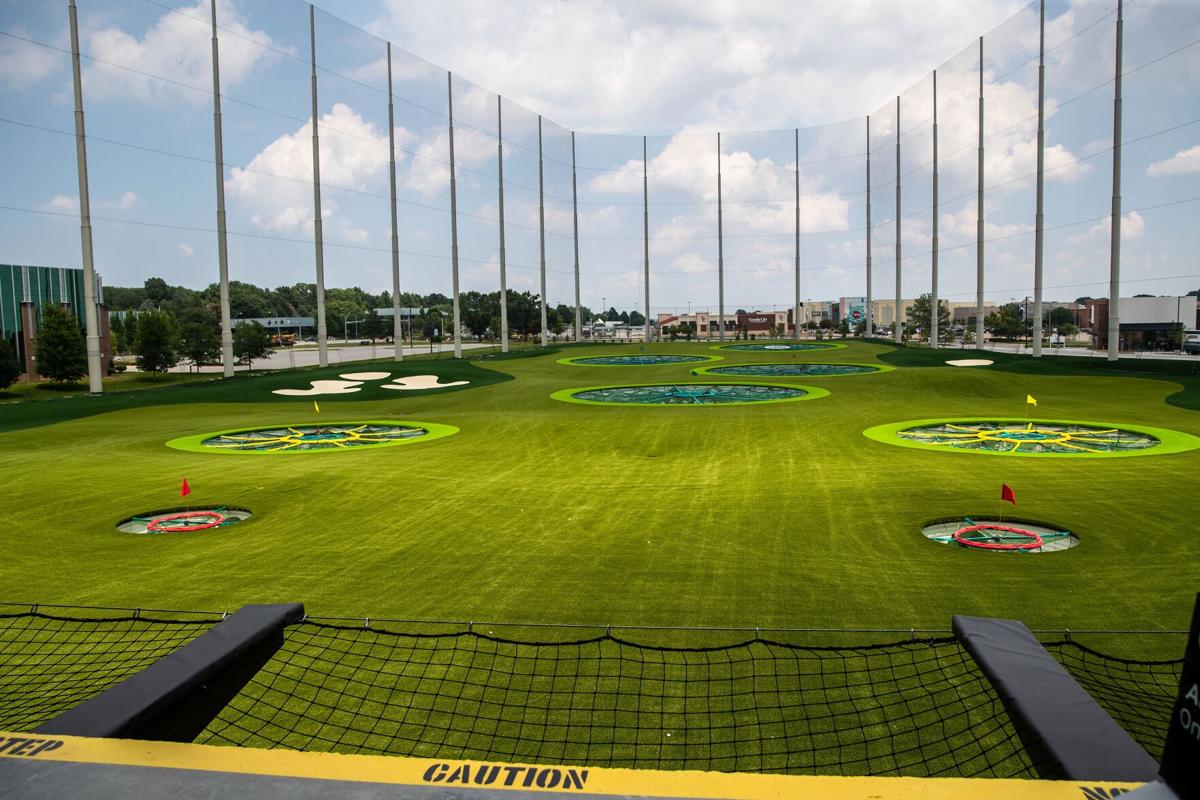 A view from the second level at Top Golf near Westroads Mall. 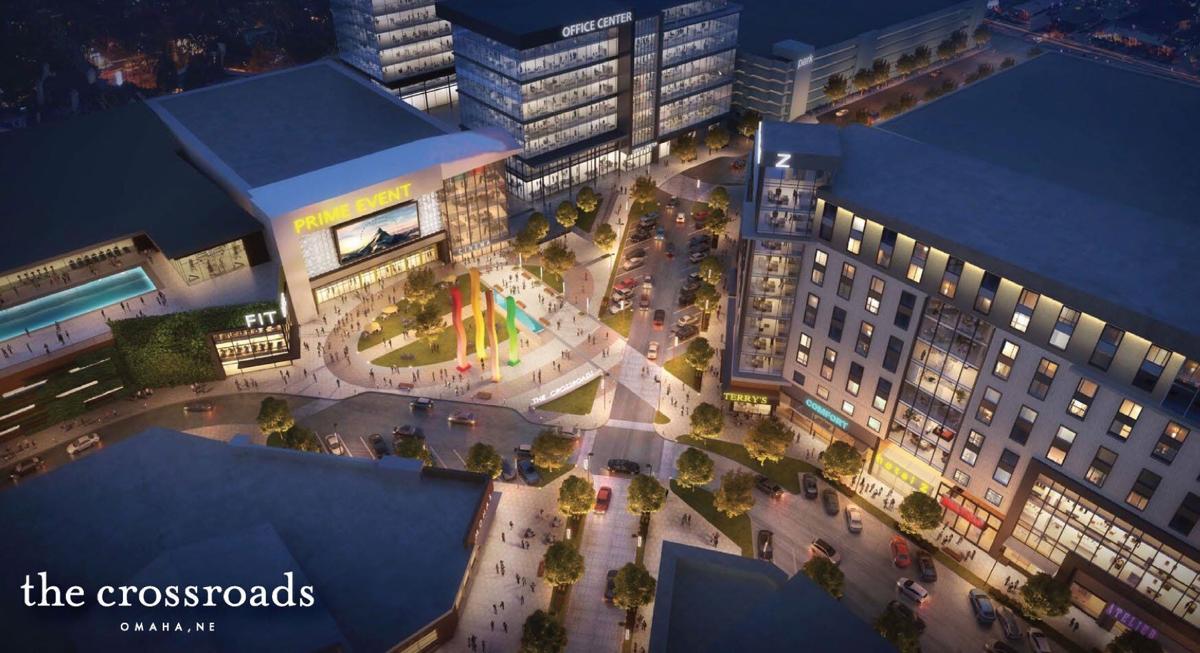 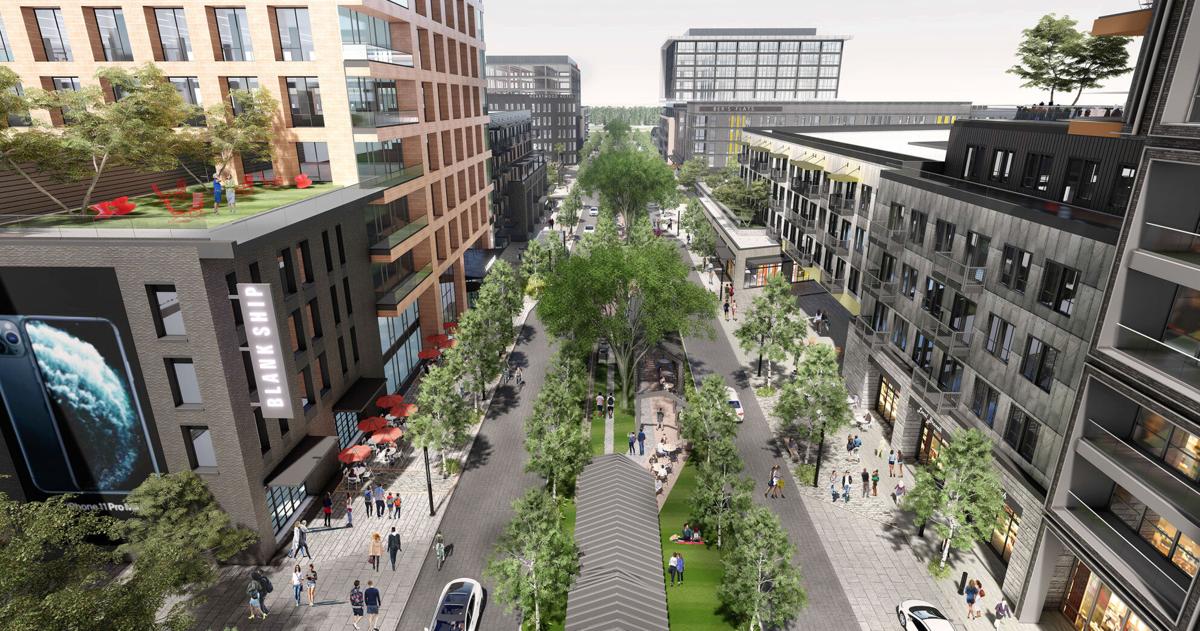 A 40-acre, $500 million “town center” — dubbed “The Row’” — is planned at the sprawling Heartwood Preserve in west Omaha. The district will include a mix of apartments, stores, diners, hotel rooms and offices. 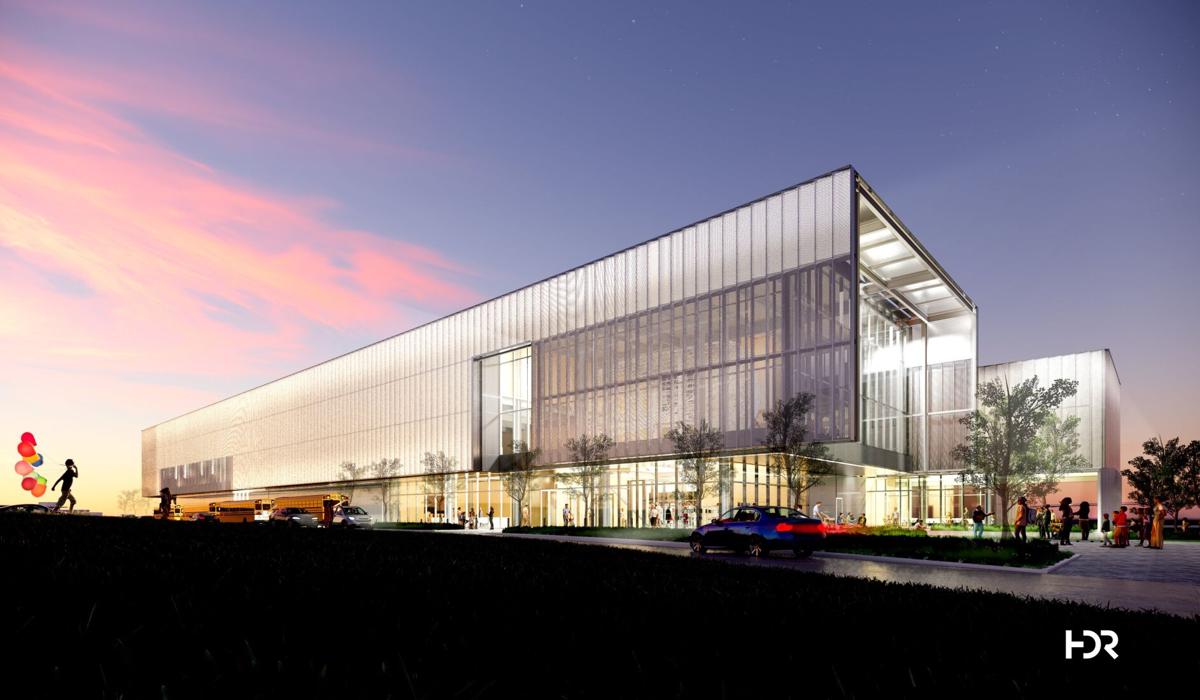 A rendering of the science museum planned on the Omaha riverfront. 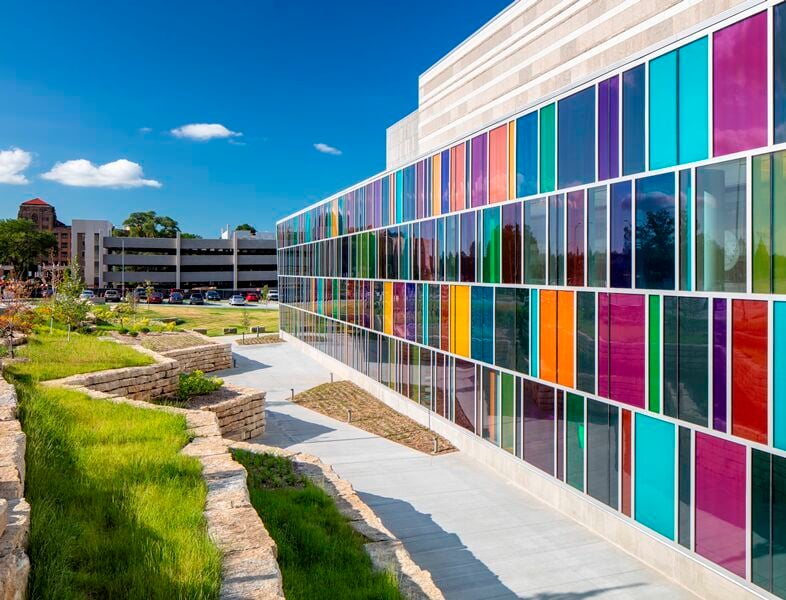 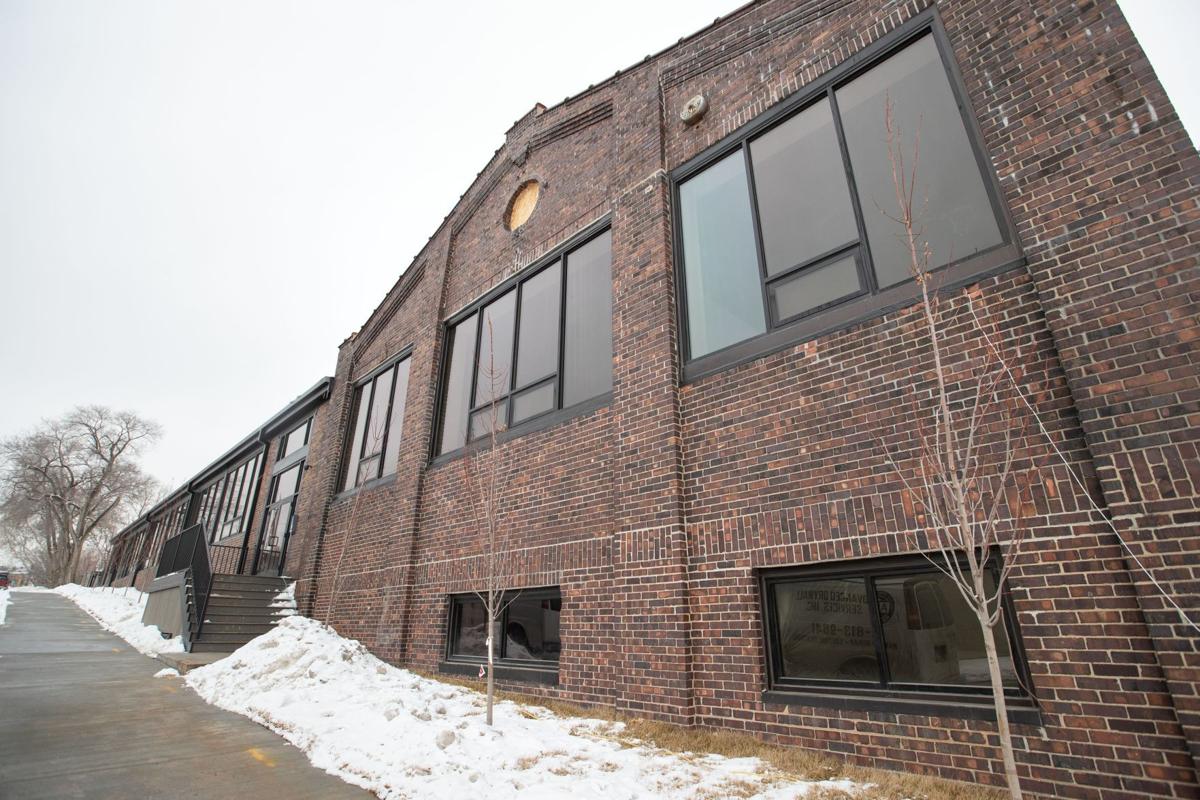 An outside view of the old Paxton-Mitchell machine shop before it was turned into Foundry Lofts. 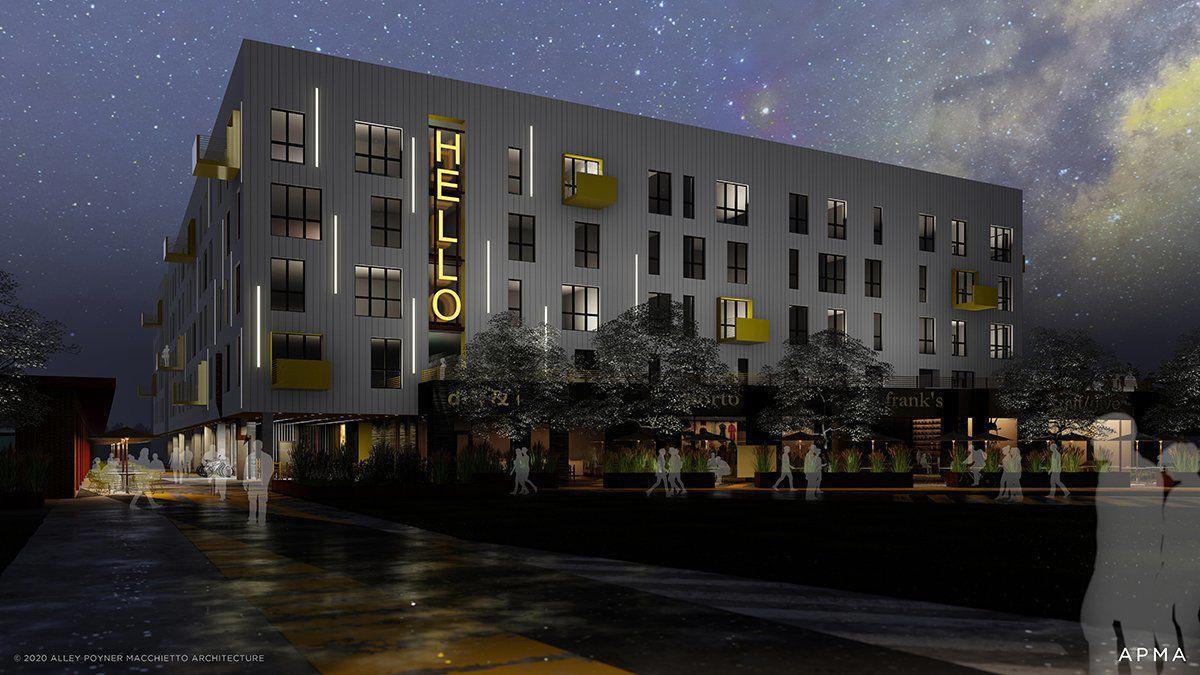 A rendering of one of the apartment buildings in the Hello Apartments complex.

A rendering of the mixed-use project envisioned for the site of the old Pershing Center.