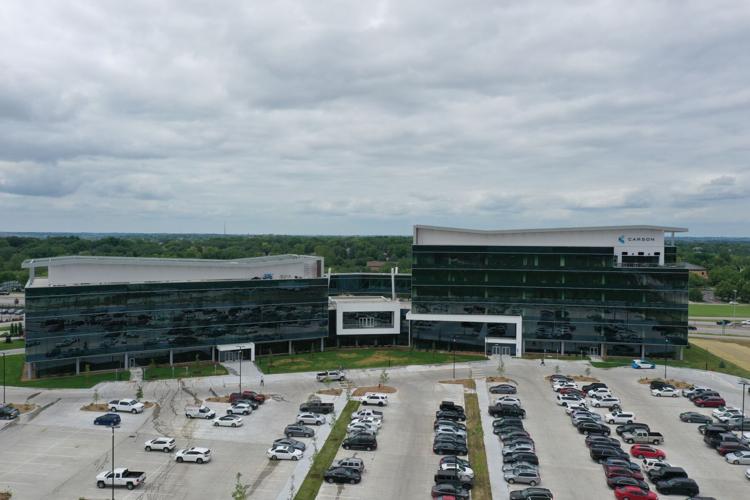 Carson Group has finished the first phase of construction on its six-story complex at Heartwood Preserve. 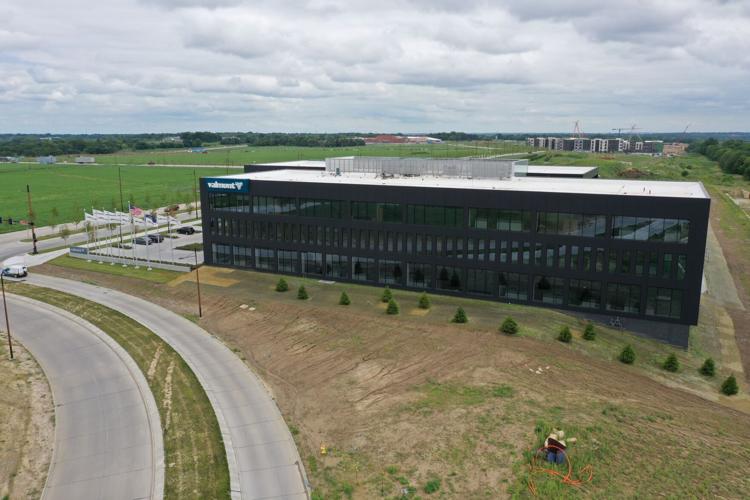 The new Valmont Industries headquarters at Heartwood Preserve is about 50% larger than its old home base.

Two new corporate headquarters are now ready for hundreds of employees to move in at west Omaha's Heartwood Preserve campus.

Construction has wrapped up on the first phase of the six-story Carson Group complex near 144th Street and West Dodge Road, said Bart Emanuel of Applied Underwriters, which is the driver and primary owner of the broader 500-acre Heartwood mixed-use project.

He said more than 150 employees have started to move into the Carson facility. JE Dunn Construction has also leased a floor of that building.

The Valmont Industries complex is also done, Emanuel said. The first 100 employees are expected to complete their move-in soon. The new facility is about 50% larger than Valmont's former base and will be occupied by up to 500 people.

Also at Heartwood, Emanuel said, all 48 Heartwood Estates luxury home lots have been sold. Infrastructure work is ongoing at the 45-acre tract south of Pacific Street, and construction on individual homes should begin this summer.

Emanuel said construction should start later this year on another residential area north of Pacific, which will feature an assortment of about 230 dwellings, including for-sale homes on smaller lots, duplexes and row houses.

A bridge over Pacific Street will help connect the residential neighborhoods.

Amazon projects could bring up to 1,500 jobs to Omaha-Council Bluffs area

Construction of the campus's fourth building, a new outpatient specialty center, will begin this week on the east side of the campus.

San Francisco-based Honor Technology Inc. has acquired Home Instead, an Omaha-based company that provides in-home care to seniors. The financial terms of the acquisition were not disclosed

Carson Group has finished the first phase of construction on its six-story complex at Heartwood Preserve.

The new Valmont Industries headquarters at Heartwood Preserve is about 50% larger than its old home base.