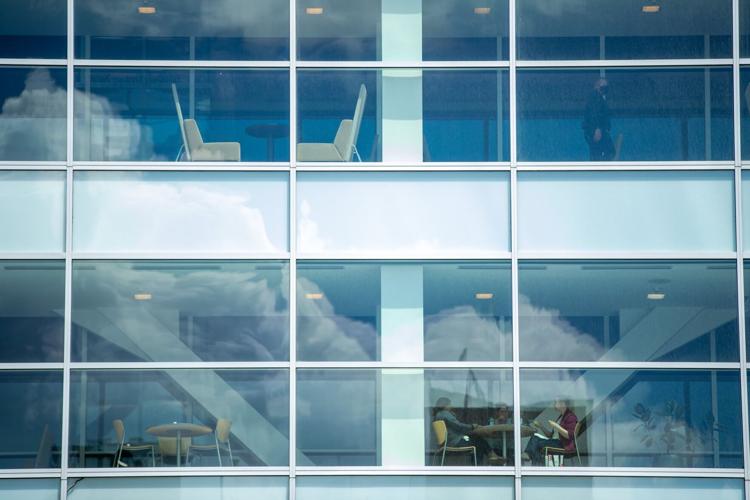 People inside the Union Pacific building in downtown Omaha on Wednesday. 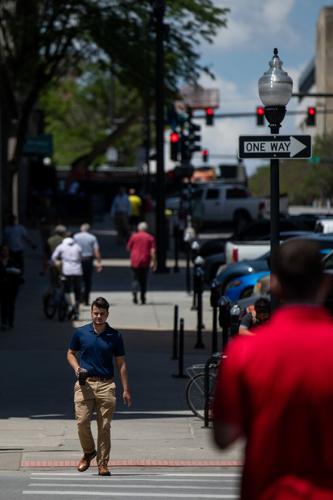 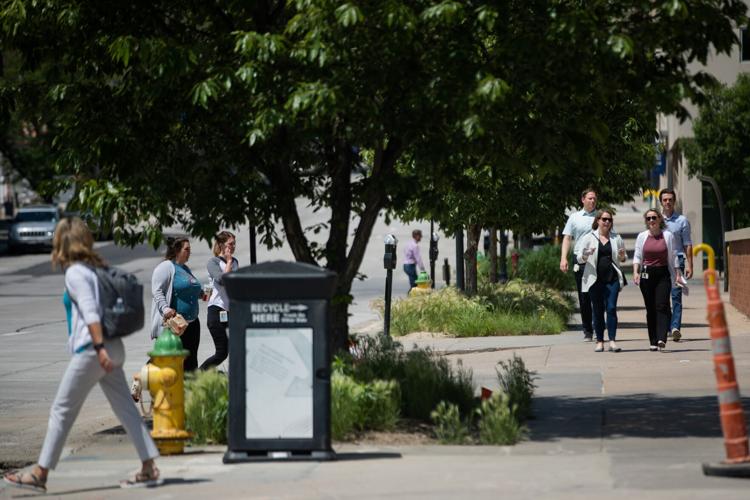 As some of Omaha’s largest companies encourage employees to return to in-person work — amid increases in vaccination rates and a decline in COVID-19 cases — more people are beginning to fill the sidewalks of downtown during the lunch hour. 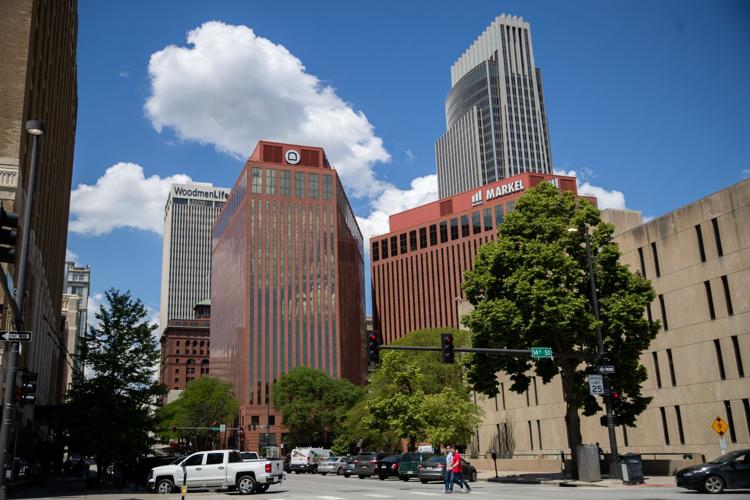 Over a beautiful, sunny lunch hour in Omaha on Wednesday, an unusual scene unfolded downtown.

At least, it was unusual compared to what has become the norm over the past year.

Groups of people, many in business attire, walked along the sidewalks in search of lunch. Lines formed outside the door to Jimmy John’s. Neighboring restaurant Kitchen Table reported an uptick in lunchtime traffic.

“We’re definitely seeing a pick-up in daily business — a more normal, I guess, flow of business where we have a regular lunch hour,” Kitchen Table co-owner Colin Duggan said. “It’s been more of a predictable business model compared to the past year.”

The increase in activity comes as employers, including some of Omaha’s largest companies, have stepped up their efforts to encourage office workers to return as vaccination rates increase, vaccines become widely available and the number of COVID-19 cases declines.

Those companies include Union Pacific. According to spokesperson Robynn Tysver, as of Tuesday, the Union Pacific Center, which includes the U.P. Café and the company’s store, had reopened to the public. Through May, about half of U.P.’s office workforce had returned. Previously, about 45% of office employees worked on site.

Tysver said U.P. office employees are still eligible to work from home up to 50% of the time as determined by their managers. The company’s office mask mandate remains in effect. Tysver noted that about 85% of U.P.’s 31,000 essential employees have been out in the field throughout the pandemic.

For other corporations, the flip of the calendar did not represent significant change. Kiewit Corp. has had employees bustling around its new north downtown headquarters for several months.

“As we have since the outset of the pandemic, we’ll continue reviewing all available company and public pandemic-related data, reviewing and integrating guidance from public health organizations and medical experts, and then making adjustments as needed,” Kula said in an email. “It’s going well so far in the new headquarters, but we will continue to closely assess the situation because nothing is more important than the health and safety of our employees.”

According to TD Ameritrade/Schwab spokesperson Pete Greenley, many employees, depending on their roles, will continue to have the flexibility to work from home at least some of the time.

“In a post-pandemic world, we believe it will be important to strike a different balance between increased flexibility and personal interactions,” he said in an email. “To that end, as Schwab employees begin to return to our physical offices, they will enjoy far greater flexibility than ever before.”

Greenley added that TD Ameritrade/Schwab will continue to keep an eye on vaccination rates, hospitalizations, school reopenings and other factors.

Omaha companies make plans to bring employees back to the office

First National Bank of Omaha also expects some measures adopted during the pandemic to remain. Although all of the company’s nearly 4,500 employees across seven states were invited back to the offices starting Tuesday, Ken Bunnell, senior vice president for human resources, said the bank expects some hybrid work arrangements to remain in place.

As of Wednesday, Brown said 25% of chamber employees — about 12 to 15 employees — have returned to the chamber’s downtown office, and most are expected to return throughout the month.

Although Brown sees benefits to remote work, he said an in-person environment allows for a level of collaboration and cohesiveness that’s difficult to achieve remotely.

“It’s really difficult to develop a culture without those interpersonal relationships and being there every day,” he said. “Just being able to rub elbows with somebody and telling each other what we’re working on makes a big difference.”

However, Brown also recognizes the conveniences and efficiency of remote work. A quick Zoom meeting, for example, can allow those in different places to touch base without having to drive somewhere.

Other companies have announced they’ll wait until fall before inviting most employees back to work. Those include Mutual of Omaha and Blue Cross Blue Shield of Nebraska. The two insurance companies have said their thousands of employees will largely continue working from home until at least September.

A trying, painful year: How COVID disrupted life in Nebraska

A year ago, COVID arrived in Nebraska. It has taken more than 2,000 lives, lots of jobs, and the basic human connections that are key to happiness. These stories show how we coped and what we lost.

After nearly 20 years as head of the Omaha Chamber of Commerce, David Brown has announced he will retire.

You can skip masks in most places, but not in Nebraska hospitals

Health systems are reminding people that masks still are required — even for vaccinated patients, visitors and staff — in most health care settings in Nebraska.

People inside the Union Pacific building in downtown Omaha on Wednesday.

As some of Omaha’s largest companies encourage employees to return to in-person work — amid increases in vaccination rates and a decline in COVID-19 cases — more people are beginning to fill the sidewalks of downtown during the lunch hour.