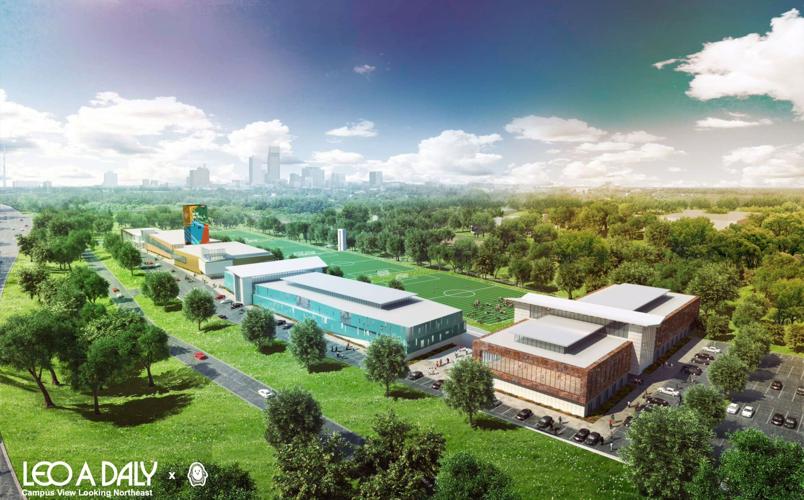 A health and recreational campus, known as The Intersections, is proposed for a 25-acre site near South 28th and Martha Streets. The project would include buildings for eSports, action sports, fitness training and medical and wellness services as well as turf fields. 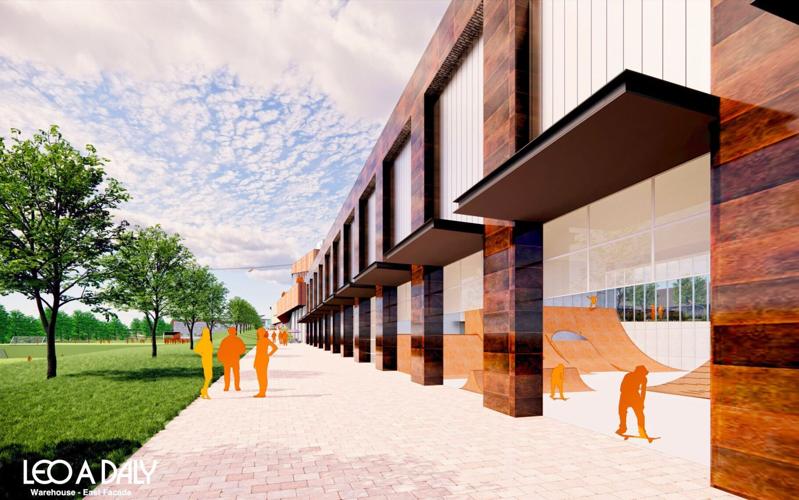 The Intersections campus is being proposed by Community Health Development Partners.

A new health and recreational campus spanning 25 acres and containing five buildings — including a competitive video and gaming arena — soon might pop up on a little-known swath south of downtown Omaha.

Transformation of the industrial tract near South 28th and Martha Streets could begin next fall and open in 2024 if all goes as envisioned, said David Lutz, an Omaha attorney and senior managing director for Community Health Development Partners, the real estate developer behind the proposed campus.

The Intersections, as the project is called, intends to attract people from across the region. It would charge fees for programs, services and events yet be accessible to underserved populations — in part by providing a place where certain nonprofits can operate or practice at discounted rates, Lutz said.

“We are trying to create a community hub that’s an ecosystem for wellness and fun,” he said.

The project site is bounded generally by Martha Street on the north, Deer Park Boulevard on the south, Interstate 480 to the west and the Union Pacific railroad tracks to the east.

“We believe our location will provide the most access to North and South Omaha, and our amenities will draw people from all over the city and the region,” Lutz said.

Included within those boundaries is the recently closed 10-acre A&R Salvage & Recycling yard. Lutz said a concrete-crushing operation also is in the area, along with about 10 homes that CHDP plans to demolish to create a blank slate on which to build.

He said CHDP already has control of most of those residences and land.

An “action sports facility” would house an indoor skate/BMX park and a boulder-climbing gym.

A girls’ and women’s center would include performance space and medical services.

A “community center and nonprofit incubator” would contain a range of medical and wellness services, a commercial kitchen and food hall.

The for-profit CHDP, which is about two years old and has a foundation arm, describes itself as a “mission-focused” real estate developer that would manage and own the campus.

Lutz said the group operates under the premise that profitable and fee-charging components, such as health services or citywide tournaments, are necessary to help sustain programming accessible to underserved populations. The participation and buy-in from diverse community organizations, in turn, attract a wider variety of investors.

“We’re being very intentional about creating a mixed social environment,” Lutz said. “We need a mix of both profit and nonprofit to make it work.”

Omaha attorney George Achola, who is with Burlington Capital, is on the group’s advisory committee. He said the eastern part of the city deserves quality sports and wellness facilities similar to those rising across the suburbs and west Omaha.

“It’s going to, hopefully, provide a little more equity,” Achola said. “You can’t ask a parent on the corner of 24th and Q to constantly take their kids out to Gretna and Elkhorn to participate. It’s impractical in a lot of ways.”

Many details of the South Omaha project have yet to be hammered out, including securing agreements with area nonprofit entities that might partner with the CHDP in some way. As an example, Lutz said, CHDP likely will allow a local nonprofit skateboarding group to practice and have an office at the complex at a discounted rent. The skate club members also might get sliding fee or discounted rates to events.

Lutz said he is optimistic his group can obtain the financial support necessary to construct the complex that he anticipates will cost “north of $100 million,” though he said it will take time.

The group is meeting with City of Omaha leaders to begin the process of designating the project site blighted so it can be eligible for tax-increment financing, an incentive that helps defray the cost of eligible development costs.

Lutz, an attorney who specializes in public financing mechanisms, said other incentives and tools will be tapped, as well.

The Intersections campus would be the group’s biggest venture to date.

Elsewhere, CHDP has launched a 30,000-square-foot community health center set to open next year in rural Elko, Nevada. A similar project in Lake Havasu City, Arizona, also is to be done next year. Those projects are more focused on the treatment side, Lutz said, whereas Omaha is more focused on encouraging healthful lifestyles.

CHDP overall has about 25 people staffing its operation, Lutz said, about half of whom are based in Omaha. The group is opening a temporary Omaha office until the campus is built.

“This Omaha project is going to be our flagship project,” he said. “We want to really hit it out of the park and have it be something we’re known for.”

Another business tower — stretching 17 stories and covered in glass — is to be wedged between the original two buildings that make up Central Park Plaza, which will be renamed the Apex.

Scoular Co. settles into its new west Omaha digs, but workers can stay home some days

Scoular's use of a hybrid work schedule, despite its move to a new $14 million headquarters, shows how Omaha area employers are responding to changing attitudes since the COVID pandemic.

A health and recreational campus, known as The Intersections, is proposed for a 25-acre site near South 28th and Martha Streets. The project would include buildings for eSports, action sports, fitness training and medical and wellness services as well as turf fields.

The Intersections campus is being proposed by Community Health Development Partners.