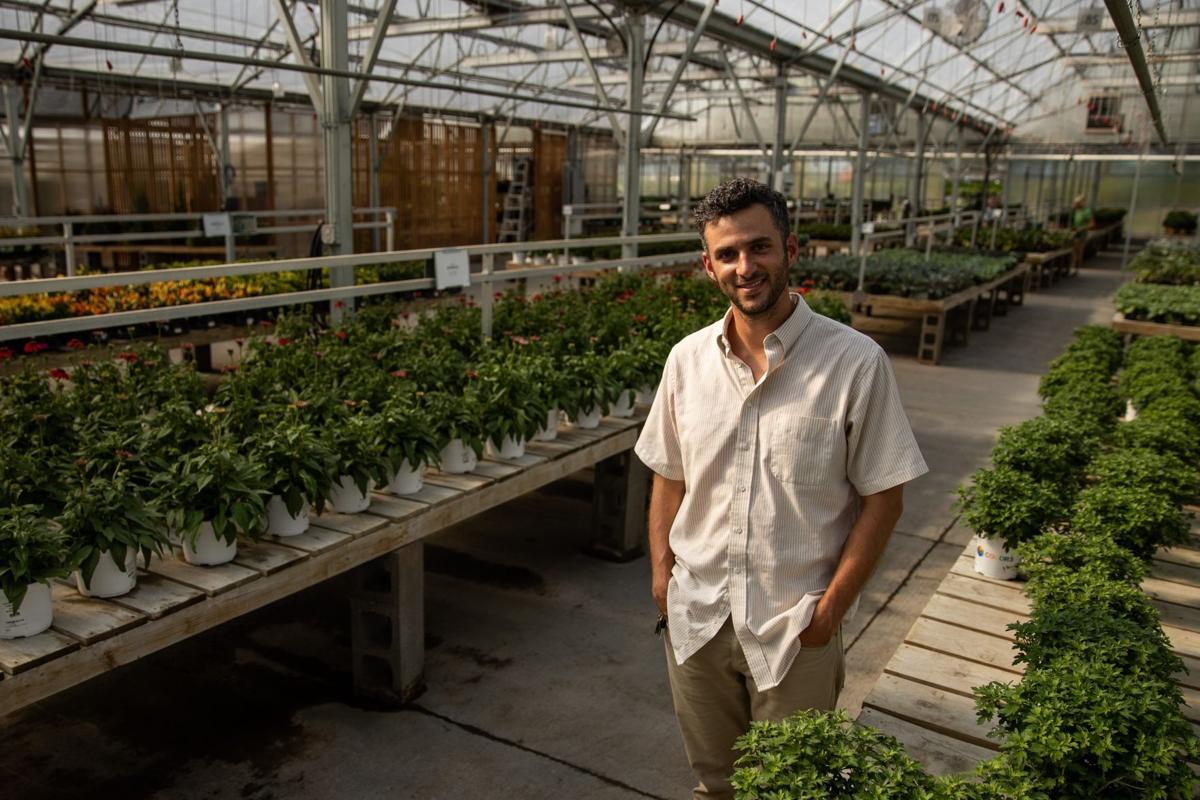 Mick Mulhall is overseeing a transformation at Mulhall’s Garden + Home at 120th Street and West Maple Road that he says will help customers and the broader community become better educated about protecting the environment, starting with their own yards and green spaces. 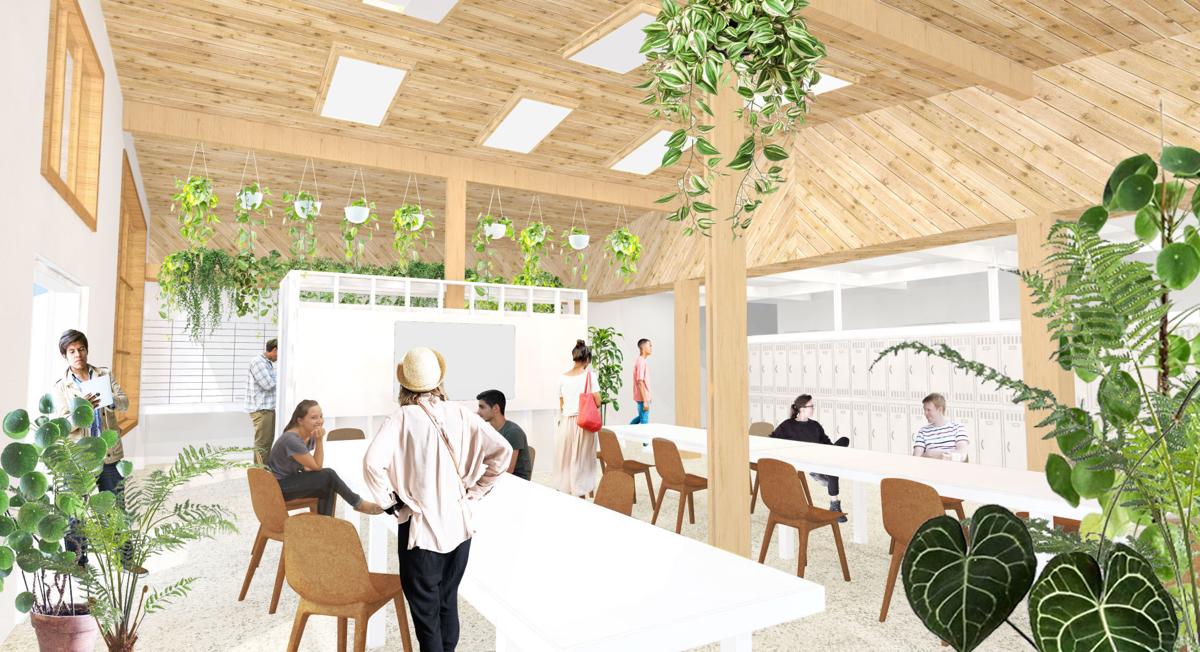 A rendering of a planned employee break room at Mulhall’s. Attracting and supporting staff is one of the goals of the renovations. 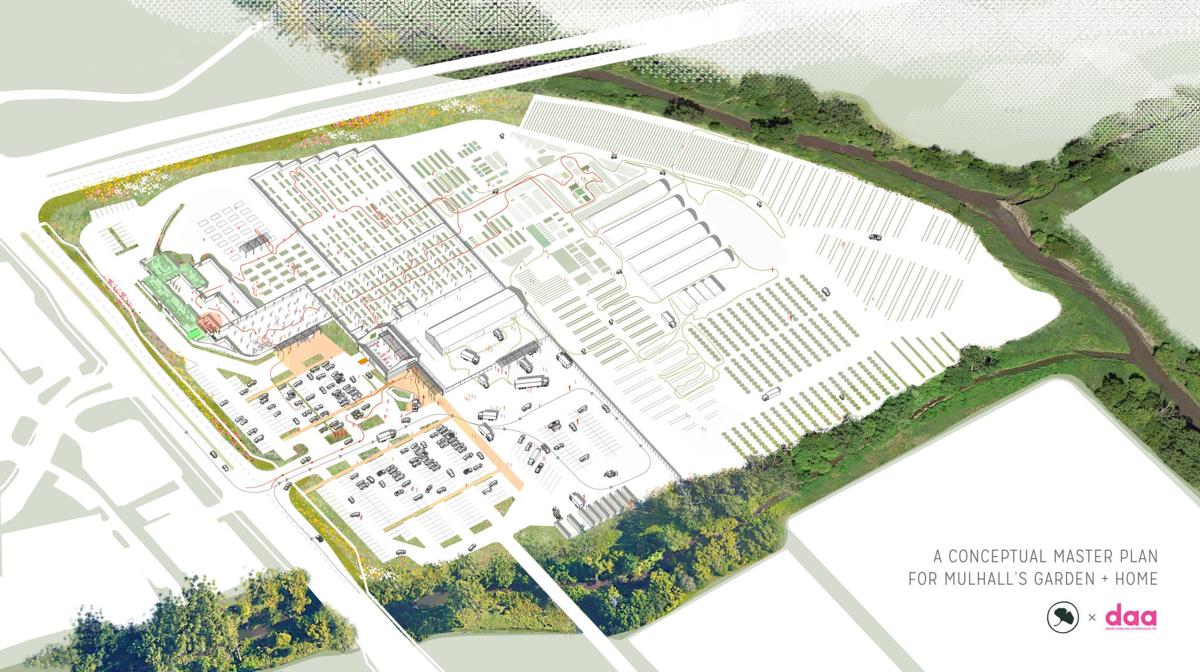 The master plan for the 23-acre Mulhall's site at 120th and Maple Streets. 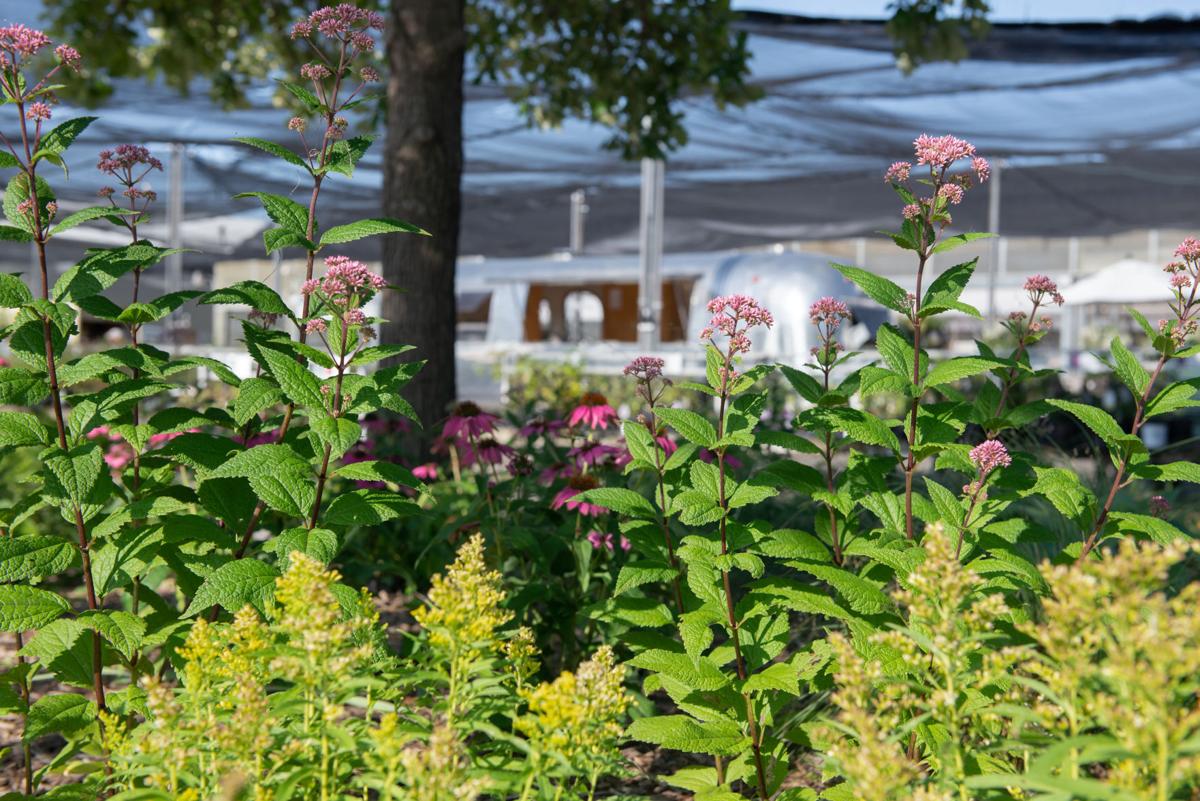 Mulhall's plans to plant more goldenrod as it revamps the property. 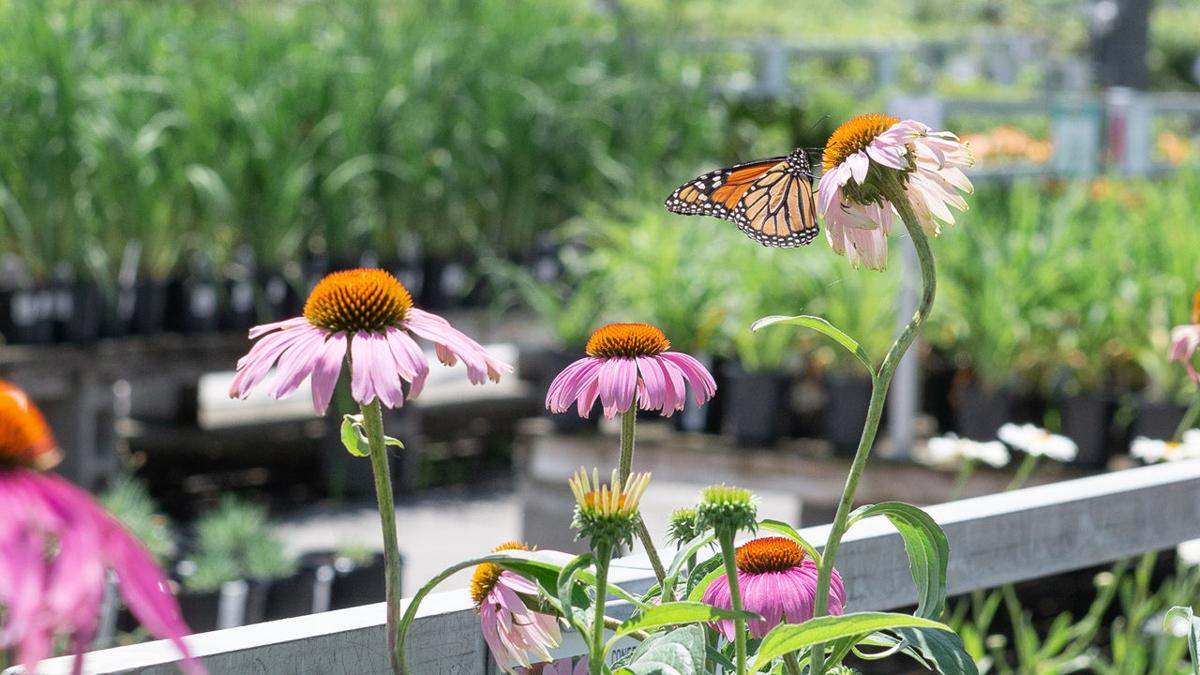 A growing number of gardeners want plants that will attract and support pollinators, and Mulhall’s wants to meet the need. 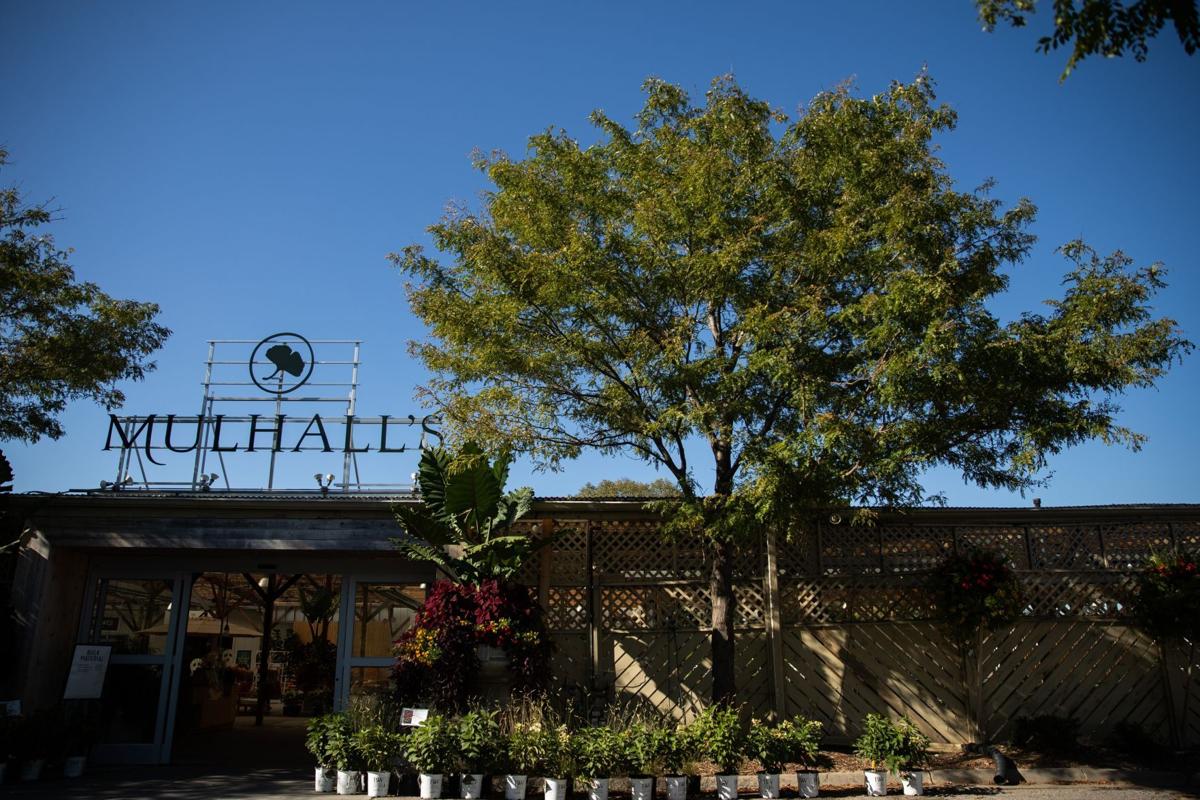 Mulhall's is undertaking its biggest makeover in its 64-year history. 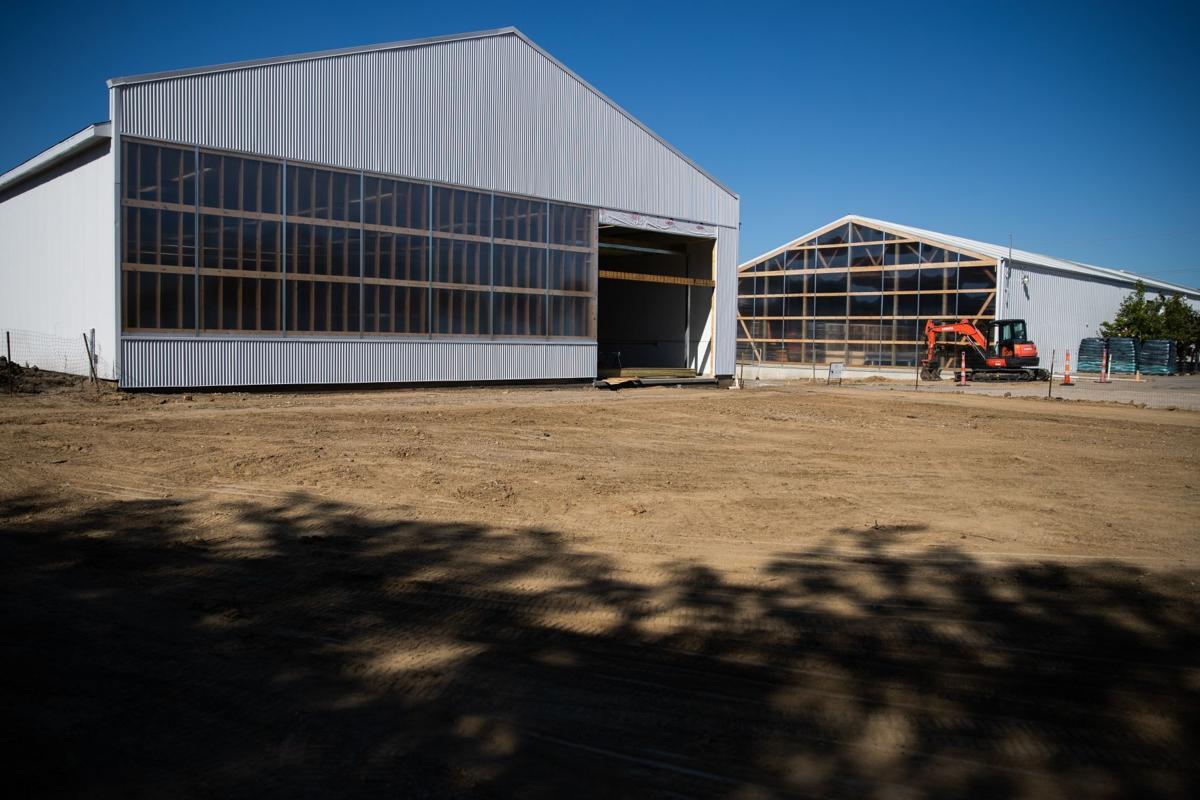 Construction is underway on the new main entrance at Mulhall's. 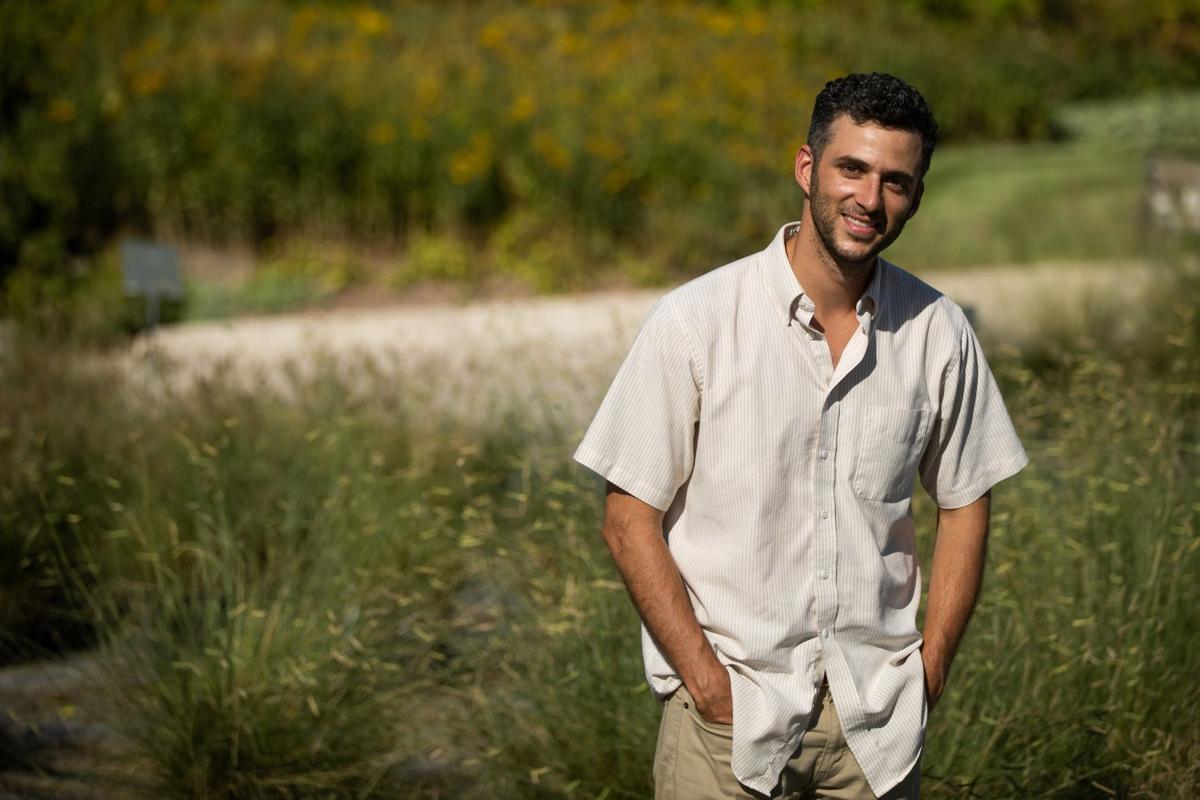 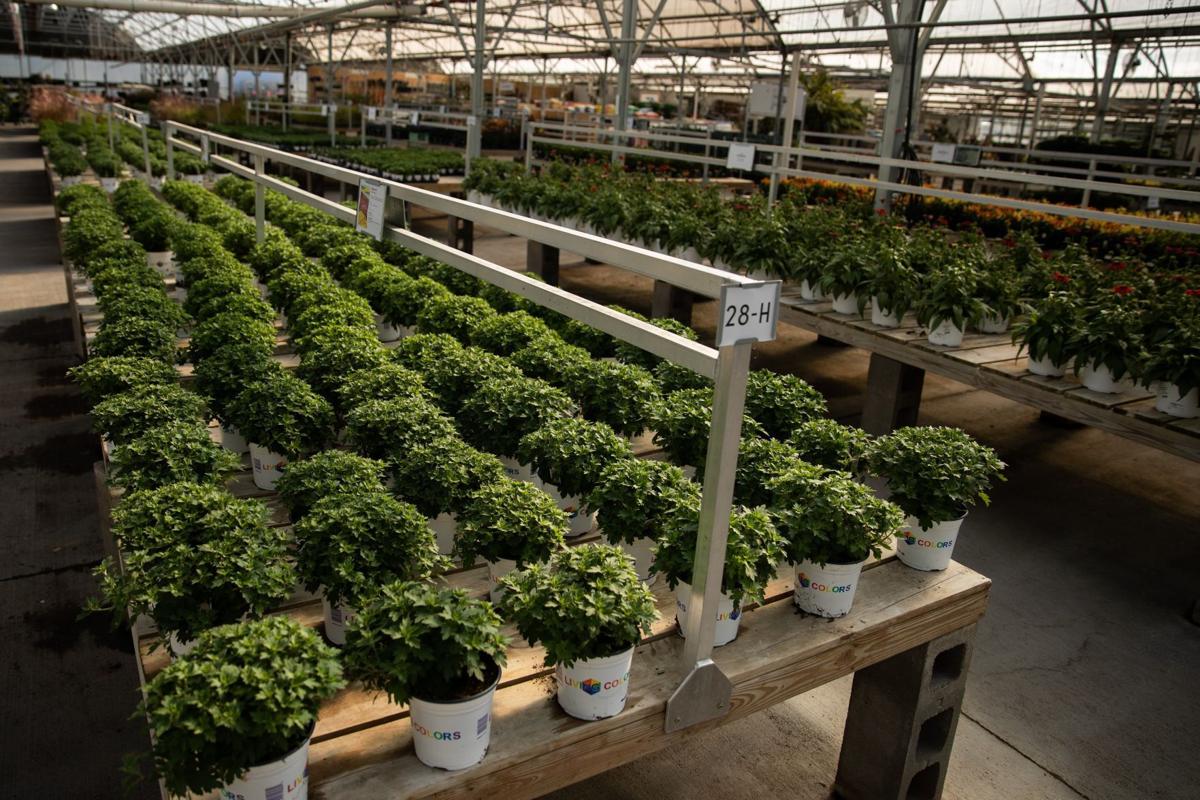 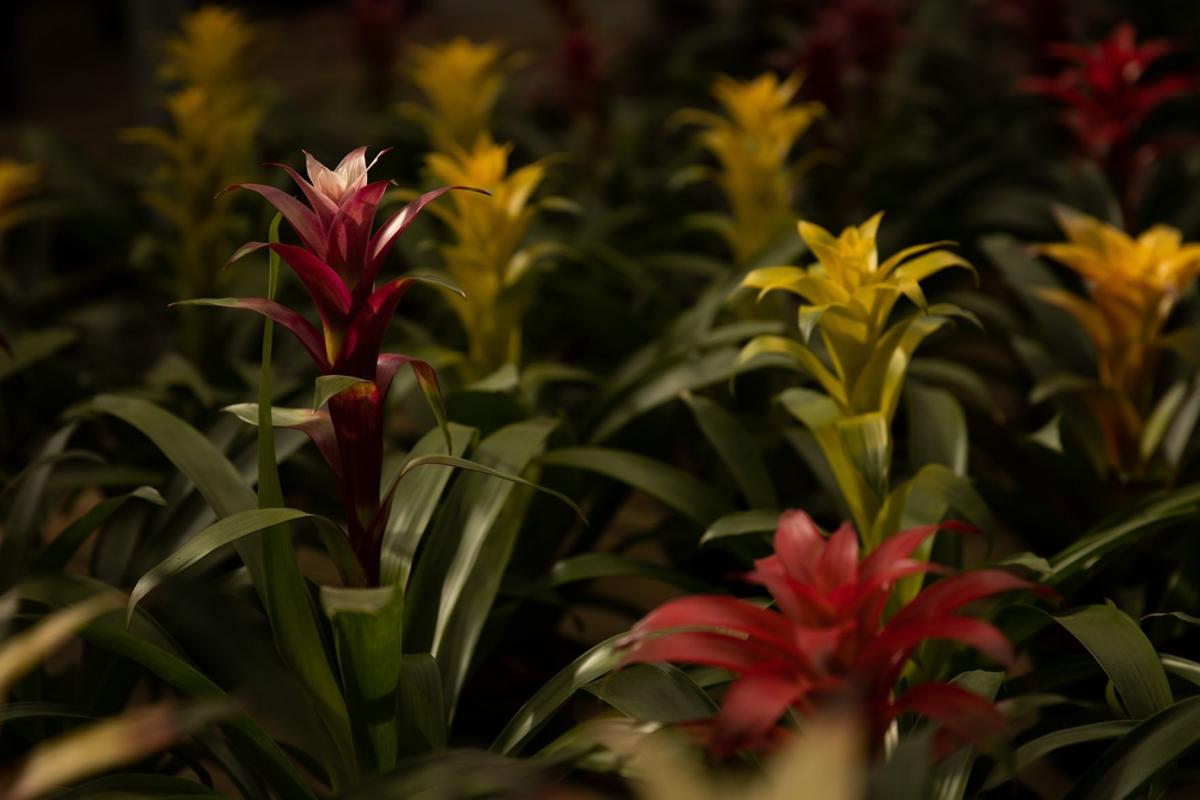 Long-lasting, low-maintenance bromeliad put on a show in the greenhouse. 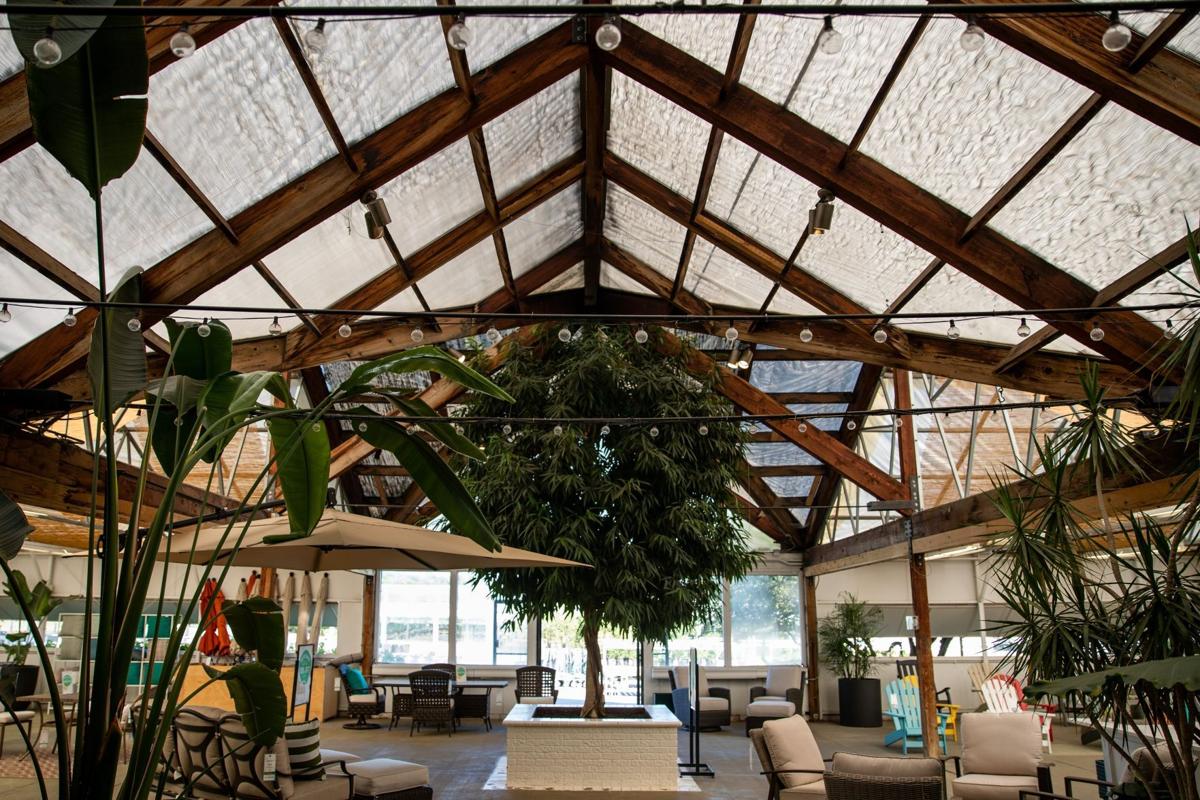 A new pavilion entrance at Mulhall’s will feature a floor-to-ceiling plant wall.

Mick Mulhall sometimes wonders what people who knew him as a trouble-making kid would think of him now.

He’s never lost that side of his personality — far from it, he says. But his life changed his sophomore year of college, when he realized that the path he was on, toward a lucrative career in the private equity field, wasn’t him.

He was more about selling trees in the family’s gardening business, which he started doing at age 13 to escape an in-school suspension.

“That summer of college, I decided I wanted to dedicate my career to this,’’ he said. “I liked landscaping. I was happier being closer to the natural world.’’

Now at 30, the president of Mulhall’s Garden + Home finds nothing more fulfilling than talking about plants and conservation and the beauty of nature with people who love those things as much as he does.

Encouraging that conversation, he said, is behind a massive makeover at Mulhall’s — the largest in the business’ 64-year-history. Mulhall declined to share the price tag but said the changes are aimed at helping the environment.

“It’s not how to just make this a more efficient store but a hub for the community,” Mulhall said. “People who care about plants and plant things and pollinators and gardening and getting outside.’’

The team at Mulhall’s, which he is happy to say has a trouble-making side just like him, is reconfiguring much of the 23-acre site at 120th Street and West Maple Road. The project, which will take place in phases, has already begun and will take years.

A plaza for gardeners to gather and hang out will take over part of the present parking lot; warehouses will be moved off-site to provide space for more programming and enhanced work areas for staff. A new pavilion entrance with a floor-to-ceiling plant wall will give customers a place to decompress before entering the greenhouse.

In conjunction with the building renovations, new plantings like goldenrod, prairie dropseed and swamp white oak will inspire customers and provide habitat for pollinators, birds and other local biodiversity. The goal is to create an environment where visitors can enjoy a bit of the natural world in the city.

The changes will help recruit and support a staff dedicated to the mission of protecting the natural world and making the community more beautiful, Mulhall said. There will be a big focus on fellow green industry professionals, who make up a growing segment of Mulhall’s customers.

The project is in partnership with DeOld Andersen Architecture, Olsson Inc., Morrissey Engineering and McLeay Building Co. — local firms that Mulhall says understand and share his team’s passion for making the Omaha area a more beautiful place to live and work.

Mulhall said he may be going against current trends in investing so much money in a brick-and-mortar operation. But he said he’s never experienced a time in which people have been so interested in such things as planting home gardens and promoting pollinators.

Just ask the staff who answer the phones at Mulhall’s, he said, where calls about growing tomatoes in a new vegetable garden and caring for houseplants have skyrocketed.

Customers will continue to find the pretty flowers and garden products they’ve always enjoyed, he said, but they’ll get perhaps a little nudge in thinking about the best ways to have a beautiful landscape and still protect the environment.

Mulhall still treasures his college days at Notre Dame and Iowa State. He had a chance to steep himself in the history of landscaping and the works of naturalists such as Henry David Thoreau, Ralph Waldo Emerson and Aldo Leopold.

Their writings are still a big part of his life, and he never regrets that pivot to the family business. He’s one of the lucky ones, he says, who wakes up every morning eager to go to work.

He wants customers to feel the same way about visiting Mulhall’s 10 and 20 years into the future, too.

“We’re taking a step back to think about how we can best support meaningful connections with the natural world — the kind of connections that inspire conservation and help make Omaha a more beautiful, sustainable and healthy city,’’ he said.

Photos: What to plant if you want to attract pollinators

Get ready for ‘supercharged’ economy after pandemic

Get ready for ‘supercharged’ economy after pandemic

Geranium buds disappearing? Inspect for caterpillars, eating them from the inside out

Garden Calendar: It's time to aerate your lawn, divide your German irises, and watch those tomatoes finally ripen.

Officials: Don't open seed packages that appear to be from China

Officials say to keep the sealed seed packets and mailing packaging together in a sealed bag and contact the USDA APHIS office for further instruction.

Hot, dry weather is to blame for most of the pesky problems gardeners are trying to manage.

Neil Dankert is exploring Nebraska one butterfly at a time. “I’ve been in all 93 counties,’’ he said. “It’s just a good way to see the state.’’

The meadow, which stretches from 189th and Harrison to Y Streets, is again ablaze with flowers. This summer, it’s no longer just yellow.

Papillion man turned his lawn into a 'yarden' for pollinators; 'It's not my yard; it's their yard'

Mike Williams calls the area in front of his house an oasis. Not for him — but for all the pollinators his landscaping attracts.

All those new gardeners are trying to can their harvest, and equipment is hard to find

With so many people needing to can at the same time, supplies to preserve that bounty can be difficult to find, said Nancy Urbanec of the Nebraska Extension in Douglas-Sarpy Counties.

The Benson First Friday Green Team gathers every other Sunday to clean up trash in Benson. “We’d like to see this happening not only in Benson but in all the neighborhoods,” Justin Schacht said.

House that sits on the river features a tower and views of the countryside near Herman, Nebraska.

Nebraskans who entered the tree-bombing contest were “super creative,’’ a fair official said. “People really put a lot of time and energy in it.’’

Bring your plants inside; Chilly nights mean they need protection

Bring potted plants inside or put them in the garage until the cold weather passes.

It's time to start cleaning up flower and veggie beds

This is the saddest gardening column of the season.

That’s because it’s time to start cleaning up your vegetable and flower beds for winter.

Since Aug. 17, Creighton's sustainability director and a group of 77 student volunteers have collected about 260 pounds of waste each day.

Spread your science wings with these facts about monarch butterflies

Do you see the same monarchs every summer? What do they eat? Find out the answers to these questions and more.

Mick Mulhall is overseeing a transformation at Mulhall’s Garden + Home at 120th Street and West Maple Road that he says will help customers and the broader community become better educated about protecting the environment, starting with their own yards and green spaces.

A rendering of a planned employee break room at Mulhall’s. Attracting and supporting staff is one of the goals of the renovations.

The master plan for the 23-acre Mulhall's site at 120th and Maple Streets. 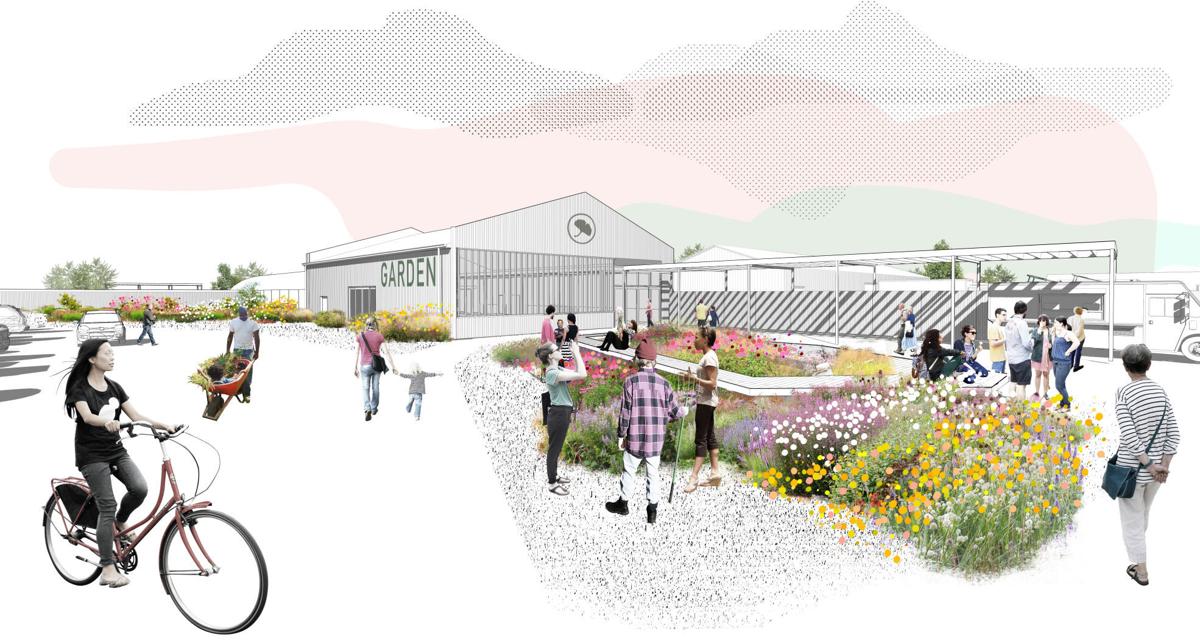 A rendering of a new plaza at Mulhall’s that will sit on part of what is now its parking lot.

Mulhall's plans to plant more goldenrod as it revamps the property.

A growing number of gardeners want plants that will attract and support pollinators, and Mulhall’s wants to meet the need.

Mulhall's is undertaking its biggest makeover in its 64-year history.

Construction is underway on the new main entrance at Mulhall's.

Long-lasting, low-maintenance bromeliad put on a show in the greenhouse.

A new pavilion entrance at Mulhall’s will feature a floor-to-ceiling plant wall.