The new Mutual of Omaha logo features a lion. 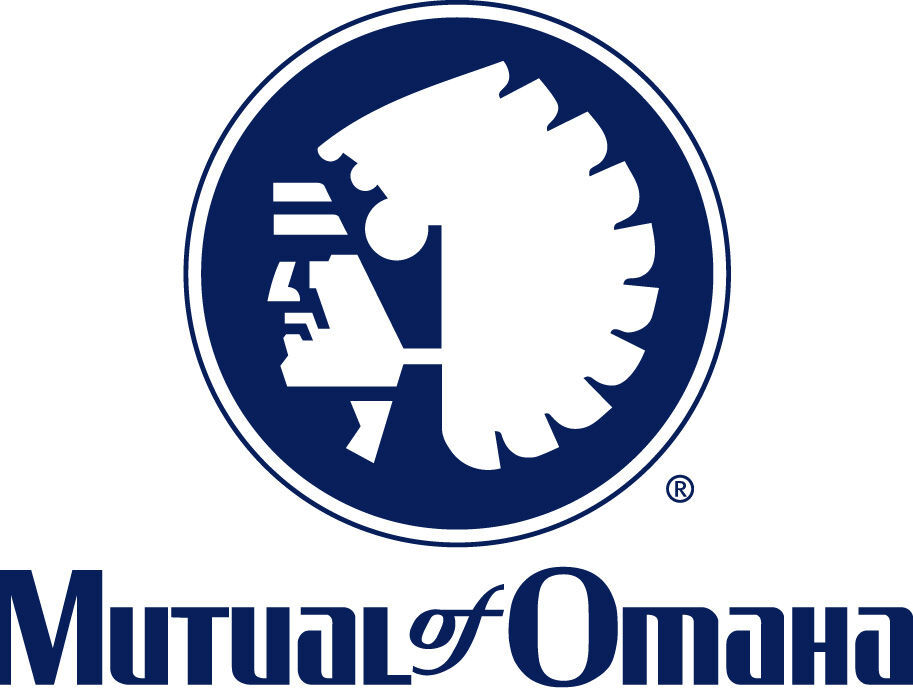 Mutual of Omaha’s longtime logo, which is being replaced.

In all of television, there may not be a closer association between an advertiser and a program than Mutual of Omaha and “Wild Kingdom.”

The Omaha insurance company has made a nod to that iconic show and historic link by adopting a new logo that features a lion.

On Thursday, Mutual publicly unveiled the replacement for its longtime Native American chief logo, which the company recently retired as part of initiatives to address racial equality and social justice.

Company officials say that as they conducted their four-month exploration of a new logo, it soon became apparent that some type of wild animal image would be a natural. Even though the heyday of “Wild Kingdom” was decades ago, the TV show and its tie to Mutual of Omaha remain well remembered and recognized across the country.

The company ultimately decided an African lion would be the best animal from the wild to represent Mutual, standing as a symbol of strength and protection.

“We tried tons of animals,” said Keith Clark, senior vice president of marketing at Mutual of Omaha. “This one really rose to the top.”

The new logo popped up Thursday on the company’s website. And it will be rolled out in the year ahead on the company’s printed materials and signs, including on the face of its headquarters building on Dodge Street in midtown Omaha.

Anyone looking at the new logo will see some similarities to the old one, and that was by design. The flow of the lion’s mane bears some similarity to the Native American headdress that was in the old logo.

The lion’s gaze is forward, and that’s also by design. Clark said it’s meant to evoke the company’s role in “looking out on the horizon” to protect customers’ future health and financial well-being.

Native American imagery had been part of Mutual of Omaha’s logo for 70 years, with the distinctive profile of a chief a familiar sight atop the Fortune 500 company’s headquarters.

But in the wake of the national reckoning over racial justice spawned by the killing of George Floyd while in Minneapolis police custody, the company announced in July that the logo’s time had passed.

Mutual Chairman and CEO James Blackledge said that while the chief logo had long been viewed by the company as a sign of strength and respect, “we are still using a symbol from another culture that isn’t ours.”

The company dropped the image, kept the company name in its distinctive font and launched the search for a new logo.

Clark said there were a lot of considerations in the search. They wanted the logo to capture the company’s unique history, including its creation as a mutual company — owned by its policyholders.

When the company held focus groups during the search to learn more about the company’s public image, inevitably “Wild Kingdom” would be raised.

“The over-under is about 17 minutes when people start talking about ‘Wild Kingdom,’ ” Clark said.

Millions tuned in each week as “Wild Kingdom” hosts Marlin Perkins and Jim Fowler brought animals and their habitats from all corners of the world into America’s living rooms. They’d also hear Perkins make pitches for Mutual of Omaha’s insurance products. Mutual and the city where it was born and based became household names.

The long-running show was aired in prime time from 1963 to 1971, remained in production through 1985 and was syndicated into the 1990s. The show then had a new run on the Animal Planet network from 2002 through 2011. The original show’s archives live on today on YouTube.

Even though the show has not aired recently, its “halo effect” remains, Clark said. Mutual’s biggest consumer product is Medicare supplement insurance that’s purchased by people 65 and older — many of them having grown up during the prime years of “Wild Kingdom.”

“It’s an emotional trigger for customers,” Clark said. “They’ll say, ‘I remember “Wild Kingdom” and Mutual of Omaha. I remember it was the one day during the week that we got to eat dinner in front of the TV.’ ”

Clark said other animals considered for the logo included bears, elephants and birds. But the African lion soon rose to the top. The design of the lion’s unique mane emerged from the company’s internal creative team and helps set it apart from other corporate and mascot logos featuring lions.

Mutual tested four different logos. The one featuring the lion by far generated the best response. Only 10% of respondents didn’t like it. Many liked it a lot.

“It was head and shoulders above the rest,” Clark said.

The rollout of the new logo will be gradual. The company won’t just throw away paper forms and other printed materials that include the old logo.

Mutual also has more than 200 office locations around the country. It will take time to change their signage.

One of the last things to change will probably be the large chief logo on the company headquarters building. That logo is some 25 feet tall. Taking it down and replacing it with the new logo will amount to a construction project.

While now retired, the company’s old logo will continue to live on at Omaha’s Durham Museum. Mutual has already given a number of items featuring the chief logo to the museum as well as histories telling the story behind it.

Company officials hope the new logo will have the same kind of enduring legacy as its predecessor.

“We’re super happy with where it landed,” Clark said. “And we think this logo is going to serve us well for another 25 to 50 years.”

It was the mettle that female soldiers like Sgt. 1st Class Jenny Bos showed during service in the deadly proving grounds of Iraq and Afghanistan that helped inspire the Pentagon’s change.

It was game day in Nebraska. And in these troubled times, Nebraskans more than ever may have needed the great unifying force that is Husker football.

The committee will later issue a report on whether the use of such mascots may perpetuate or exacerbate harassment or a racially hostile learning environment for Native students.

A national leader in the movement to do away with Native American-themed sports mascots called on the Nebraska Legislature on Monday to consider a bill to ban such nicknames.

The new Mutual of Omaha logo features a lion.

Mutual of Omaha’s longtime logo, which is being replaced. 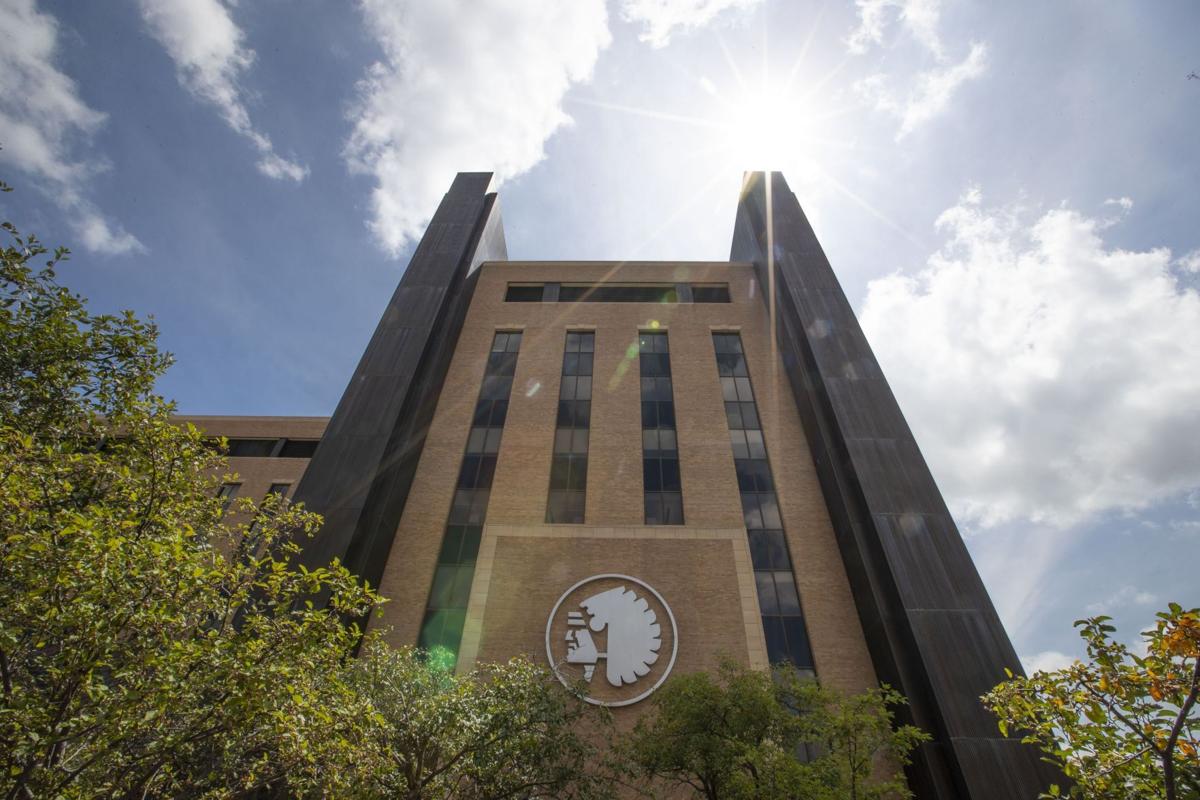 Mutual of Omaha is retiring its logo featuring a Native American chief, shown here on the Farnam Street side of the company’s headquarters complex.