Kellogg, union agree to resume negotiations next week
0 comments
Share this
1 of 3 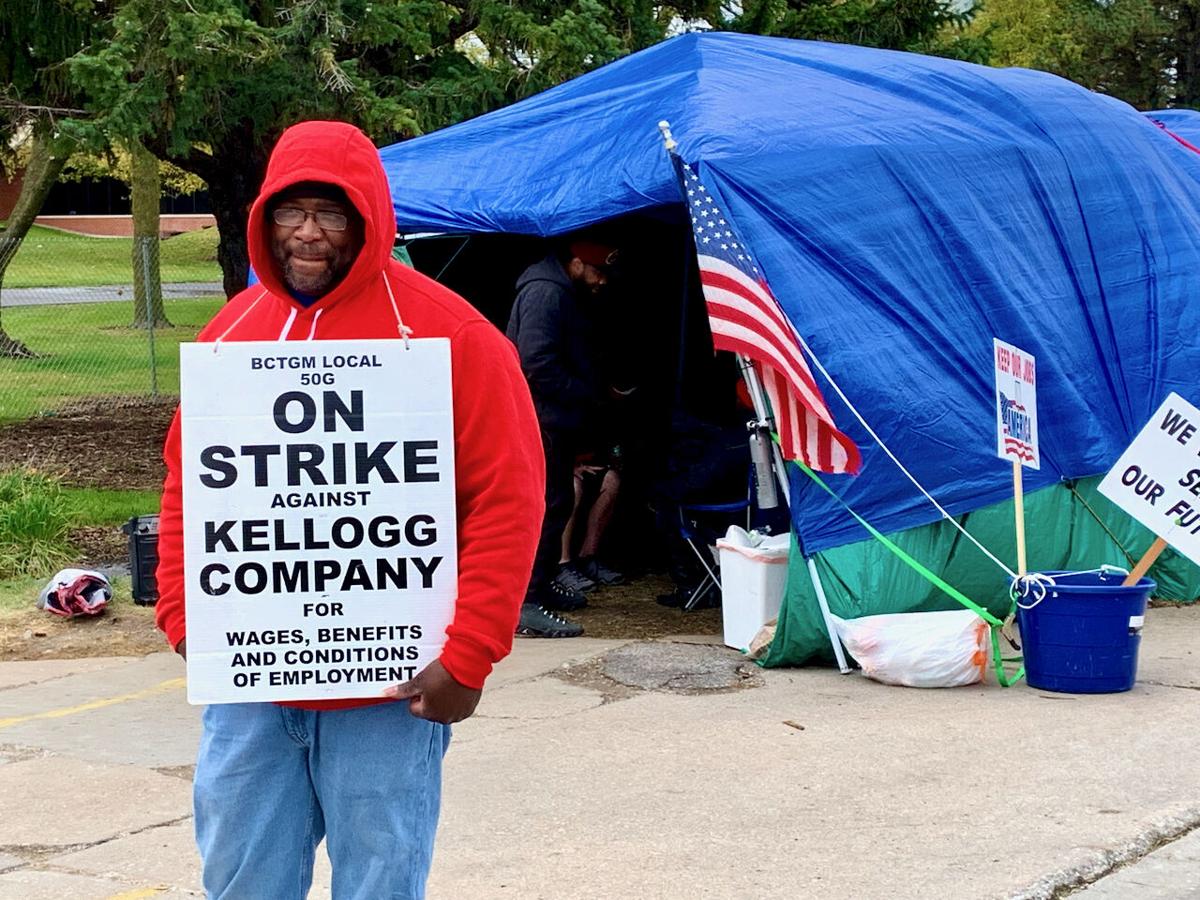 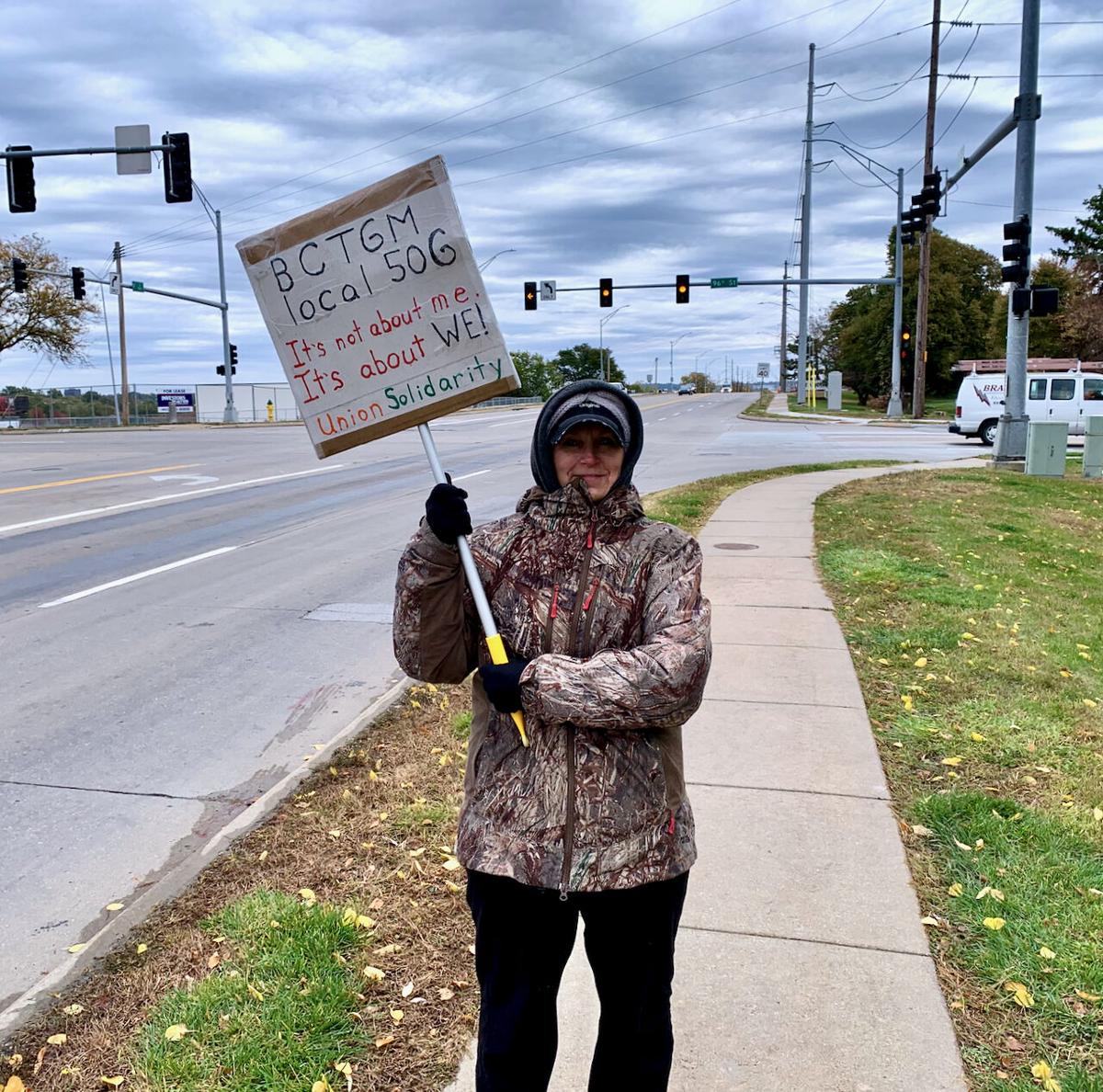 Stephanie Sterling strikes in support of her co-workers outside Kellogg's plant in Omaha on Tuesday morning. 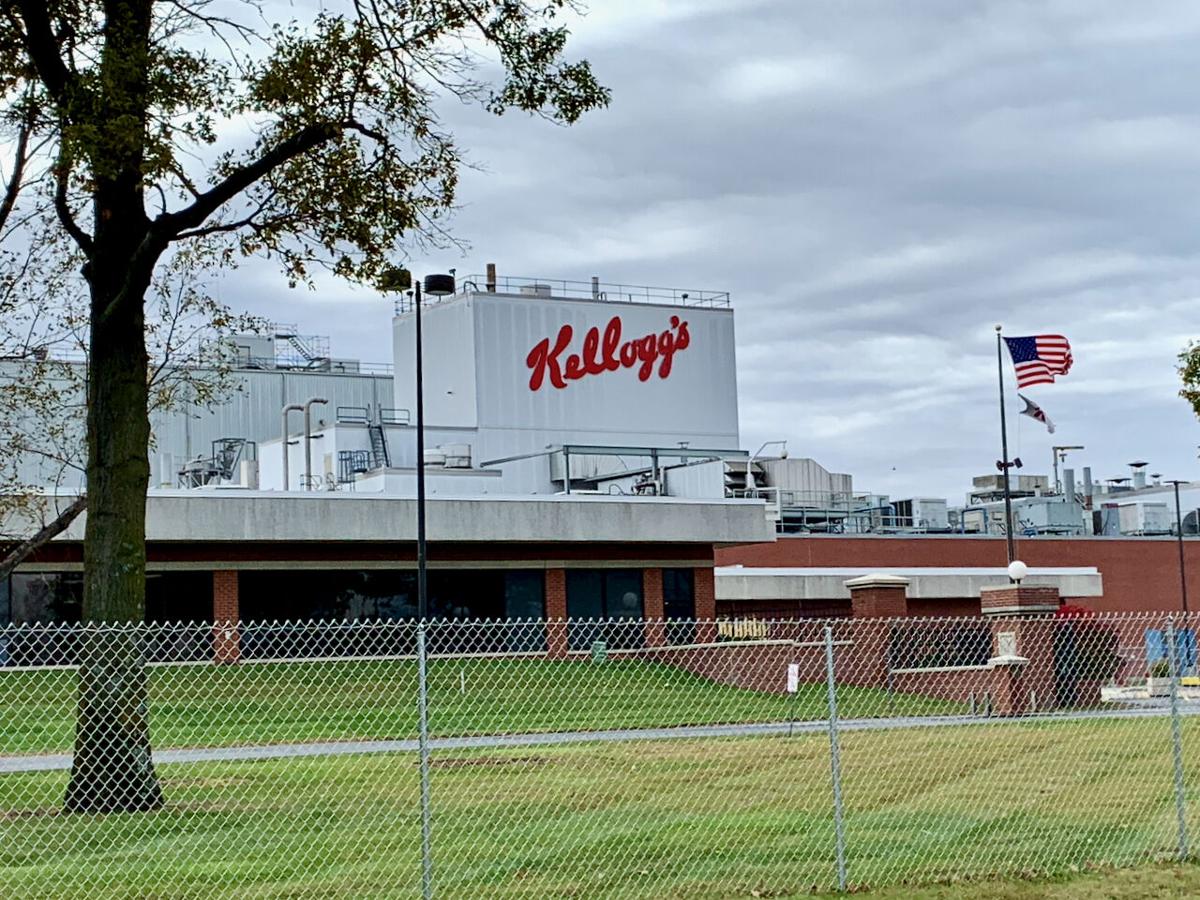 Groups of 480 employees represented by the Bakery, Confectionery, Tobacco Workers and Grain Millers' International Union have been striking outside the Kellogg Co. cereal production facility in Omaha, as well as production facilities in three other states, following the expiration of the previous labor contract on Oct. 5.

As the Kellogg Co. employees’ strike marked its three-week anniversary Tuesday, the company and the union representing the 1,400 striking workers agreed to resume negotiations for a new labor contract.

Company executives and leaders from the Bakery, Confectionery, Tobacco Workers and Grain Millers International Union will meet next Tuesday in an attempt to break an impasse that stretches back more than a year and culminated with a strike that began Oct. 5.

At Kellogg’s Omaha production facility near 96th and F Streets, 480 employees have gone on strike, with many taking turns picketing outside the plant’s gates day and night.

“At the end of the day, we have a responsibility to these employees — which is to engage in good faith bargaining toward a replacement agreement that gets them back to work,” spokesperson Kris Bahner said in an email to The World-Herald.

“We’re hoping they’re (Kellogg Co.) willing to negotiate in good faith as we are to hammer down a contract and get all of these people back to work,” the 18-year mechanic said.

Issues at hand include health care, holiday pay and vacation time as well as the company’s two-tier wage and benefit system. Under the system, new employees start at a lower wage scale than longer-term ones. Osborn also said the union is looking to preserve cost of living adjustments.

A breakthrough in resuming negotiations appeared to come after Kellogg Co. agreed to back off its previously requested provision to create a permanent two-tier wage and benefit system for veteran and new employees, union secretary and treasurer David Woods indicated.

“(Kellogg) have agreed to bargain off that issue. So we’ve agreed to go back to the table,” Woods said after visiting with striking Omaha employees.

The two-tier wage and benefit system has rankled both new and veteran employees. The prospect of it being permanent in a new agreement was one of the main reasons employees went on strike.

As the strike has gone on, Bahner said cereal production plants, including the one in Omaha and others in Battle Creek, Michigan; Lancaster, Pennsylvania; and Memphis, Tennessee, remain operational.

Kellogg Co. has used a variety of measures, including salaried employees and third-party resources to “mitigate supply disruptions” of its products that include Frosted Flakes and Froot Loops.

Organizers said support remains strong for the strike. That appeared evident throughout the day Tuesday as honking vehicles proved to be a regular occurrence outside the Omaha plant. Local unions, including the Nebraska Professional Firefighters Association, have donated hot food and supplies in support of the striking workers.

Woods said similar scenes have unfolded at other plants he has visited.

“I think all Americans understand that workers are workers and we’re all standing up for each other,” he said.

A new health and recreational campus spanning 25 acres and containing five buildings — including a competitive video and gaming arena — soon might pop up south of downtown Omaha.

Owners of small businesses in the Omaha area say they offer customers products and services not available at chain stores.

Some of Omaha's largest shopping centers welcomed back bigger crowds than last year, but numbers still appeared lower than the long lines and bustling stores of a pre-pandemic Omaha.

New York hedge fund Alden Global Capital is making a bid to purchase Lee Enterprises, the owner of the Omaha World-Herald and most other daily newspapers in Nebraska.

Started by Colombian transplants to Omaha, Cumbia is the latest business trying to revive downtown's 16th Street. "People want to explore new things and other cultures," says one of the owners.

Woodhouse’s acquisition is expected to be finalized by the end of December. It will give the Omaha-based dealership its first Cadillac and Chevrolet franchises in Nebraska.

Warren Buffett said both of Berkshire Hathaway's new board members — including his daughter, Susie — understand the company's distinctive culture and are invested in its long-term success.

Stephanie Sterling strikes in support of her co-workers outside Kellogg's plant in Omaha on Tuesday morning.

Groups of 480 employees represented by the Bakery, Confectionery, Tobacco Workers and Grain Millers' International Union have been striking outside the Kellogg Co. cereal production facility in Omaha, as well as production facilities in three other states, following the expiration of the previous labor contract on Oct. 5.