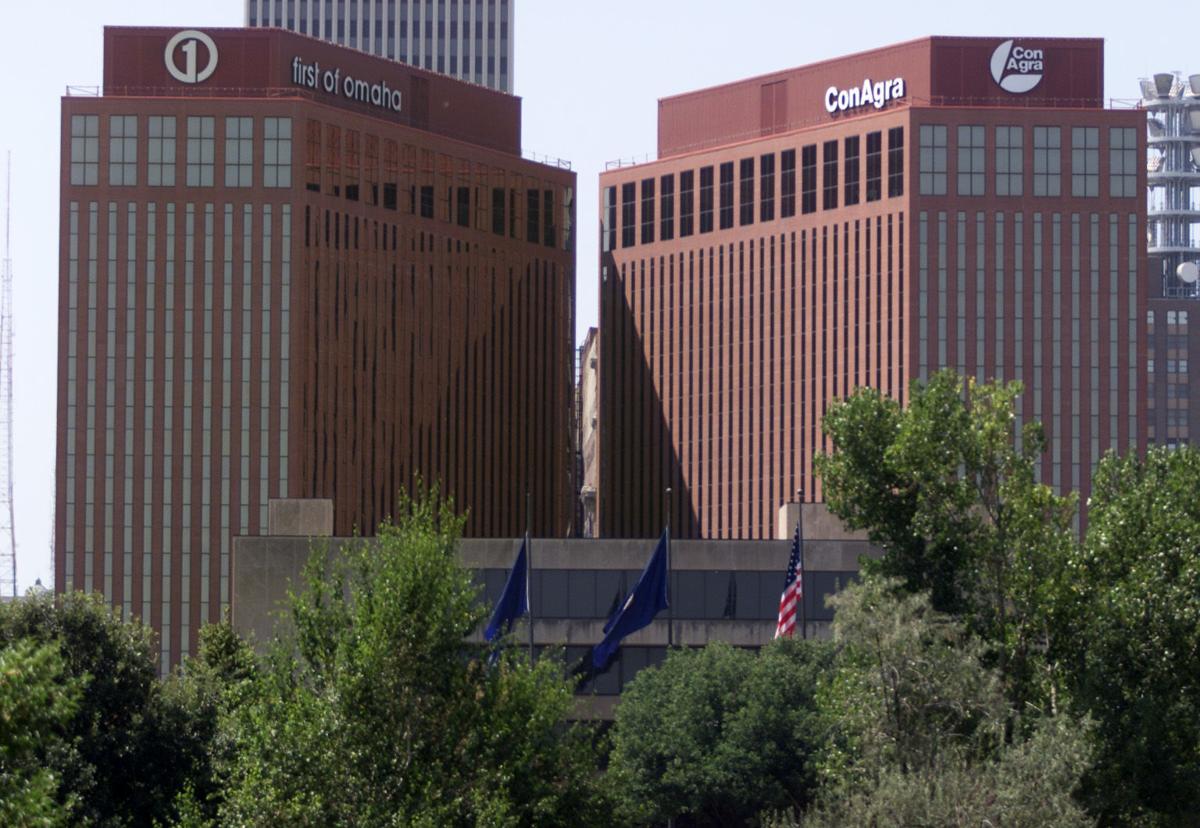 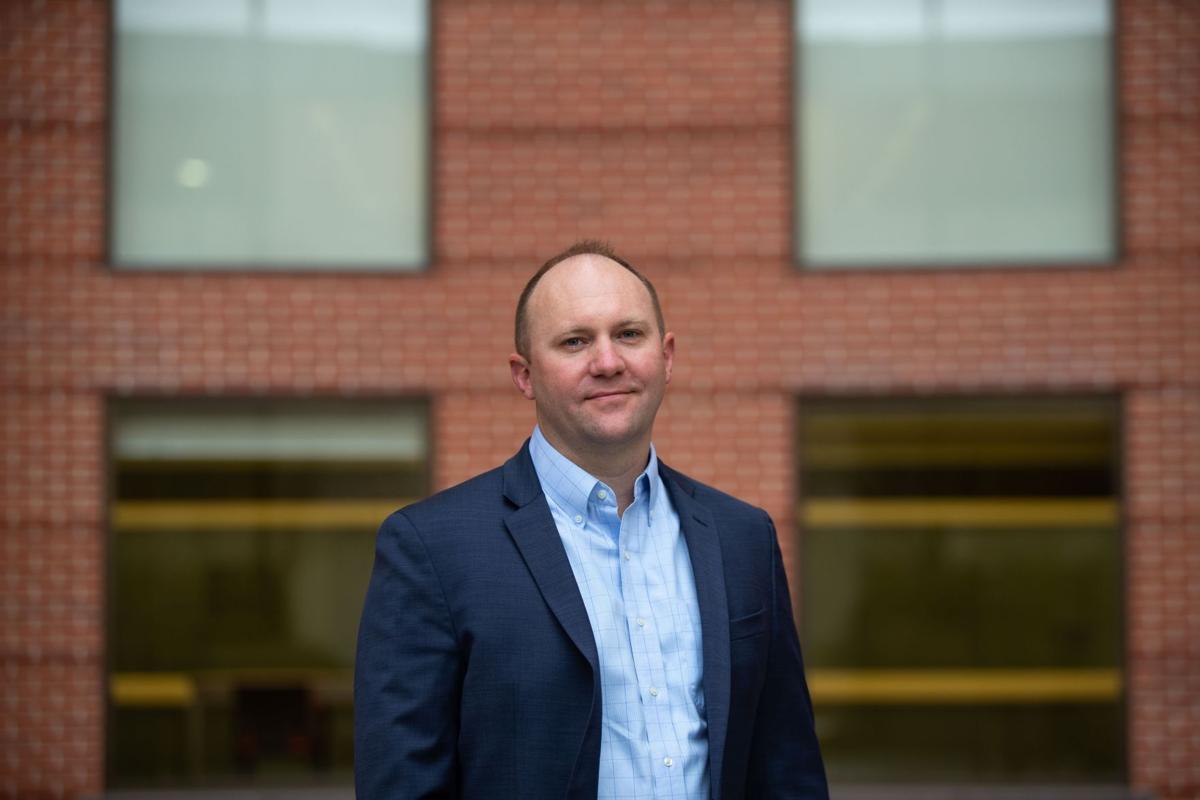 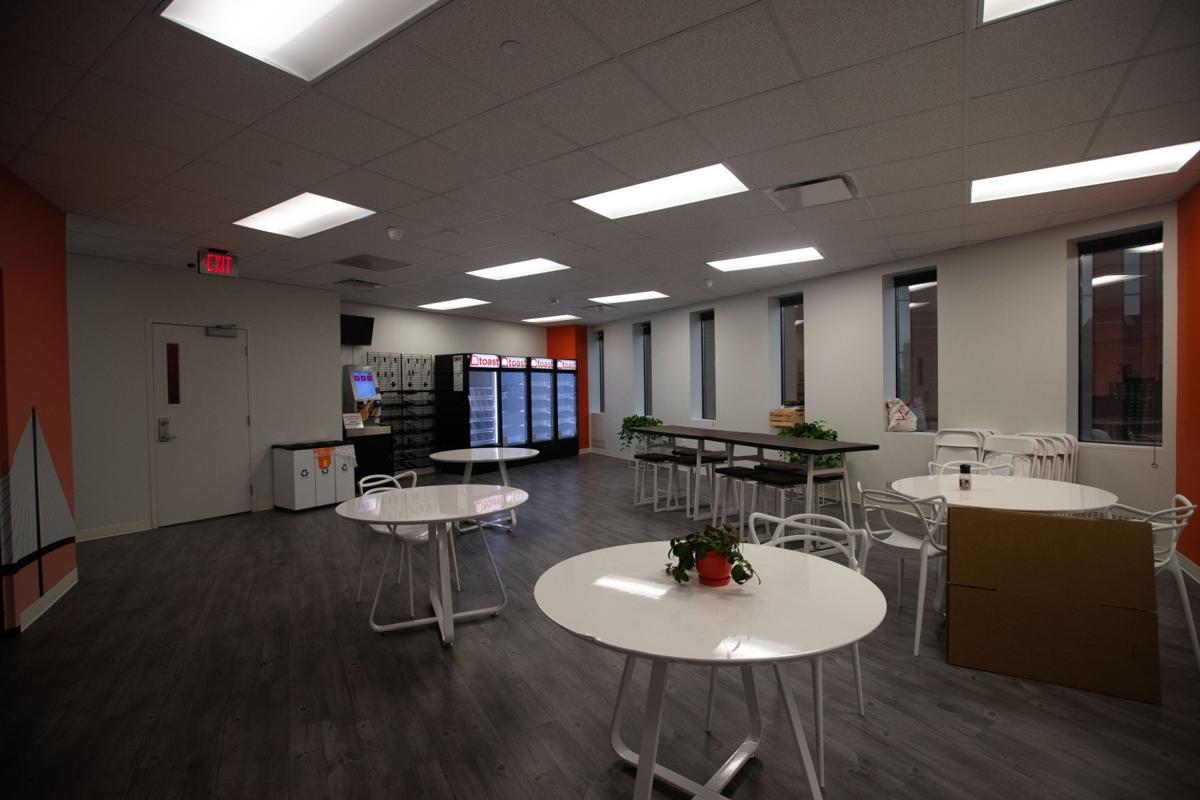 A break room in the Toast offices at Central Park Plaza 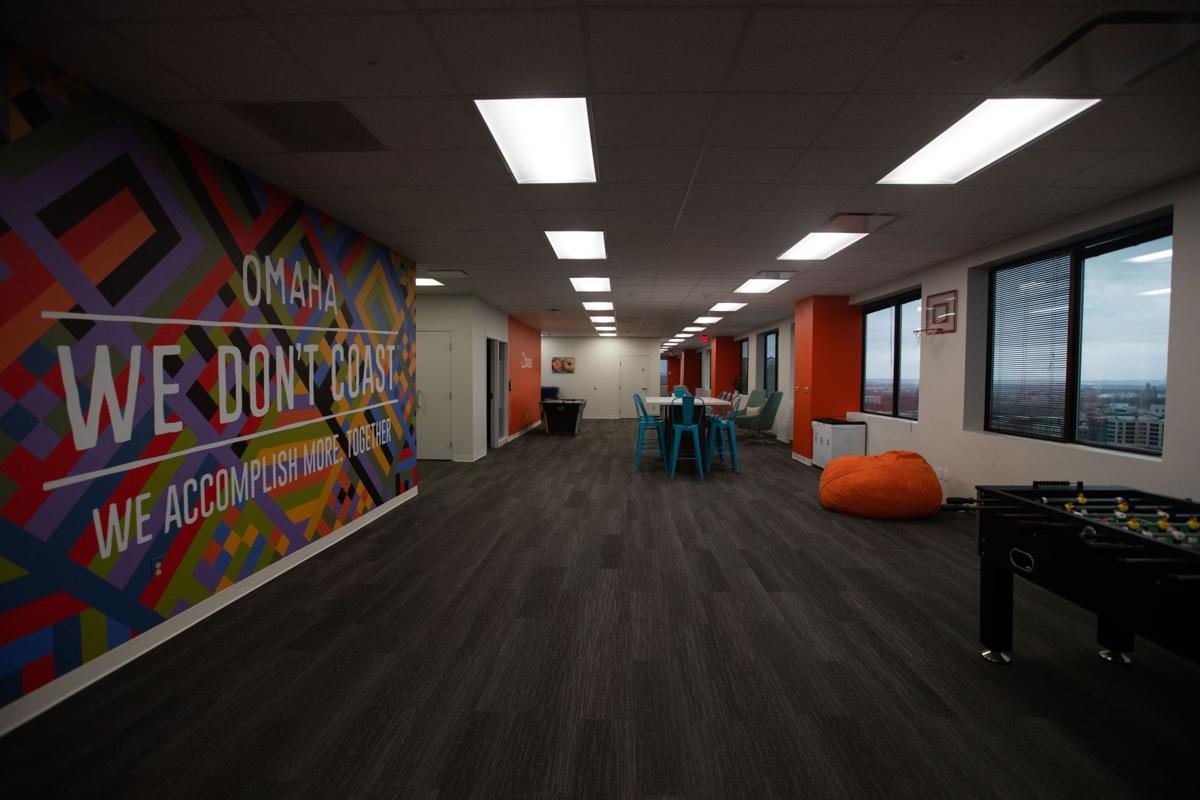 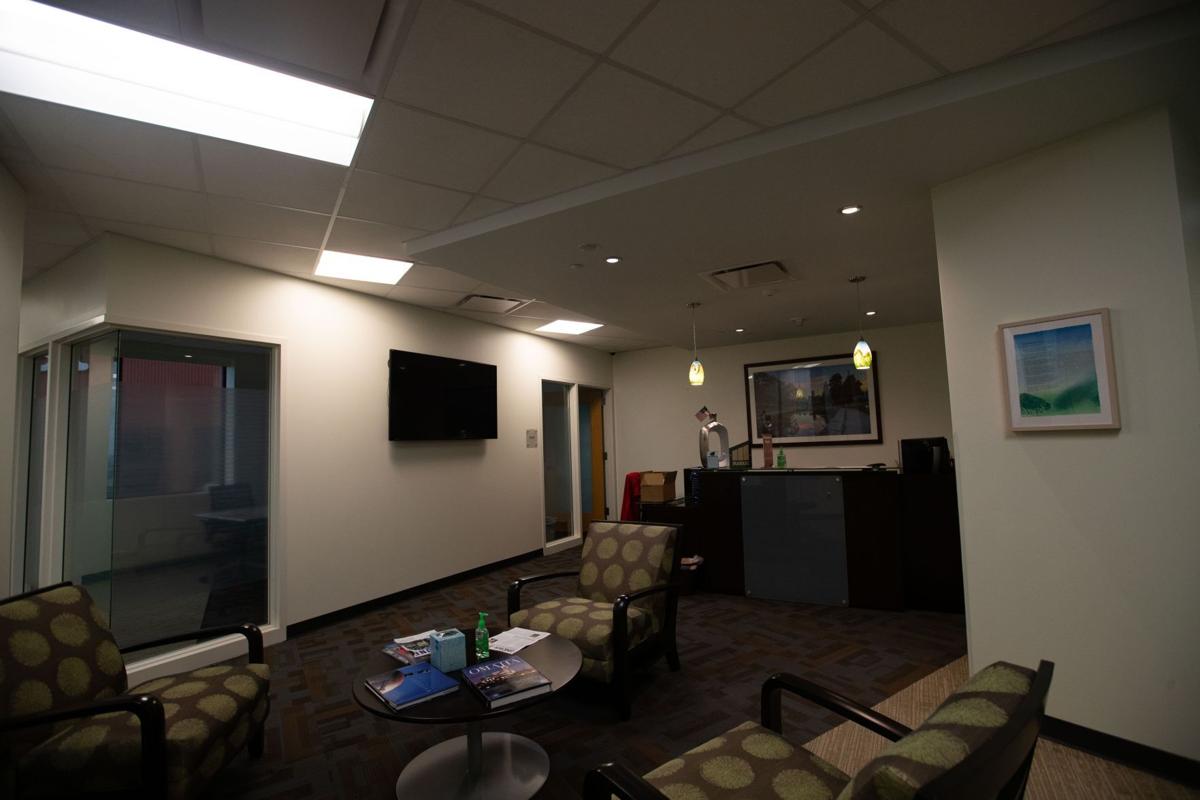 A lobby in the Markel offices at Central Park Plaza

Omaha’s Central Park Plaza — the oft-photographed twin-tower office complex in the downtown skyline — has shifted for the first time to local owners who plan to snazz it up as part of the wave of downtown redevelopment.

Included in the sale is the attached ParkFair Mall. Together, the structures built in the early 1980s contain nearly half a million square feet of building space and cover a city block bounded by Farnam, Douglas, 16th and 15th Streets.

Nebraska native Chris Erickson, who co-founded City Ventures with Danny White, said the company jumped on the chance to buy the property, which is about 35% vacant and in need of a major revamp to return to its glory.

Erickson said he views the project also as a civic responsibility.

“If you have the ability to take action, and keep our community growing, you have a responsibility to do that,” he said.

City Ventures declined to disclose the price of the transaction, which became final Thursday and is not yet listed on public records of Douglas County.

Already, though, Erickson is talking to the City of Omaha about what is ahead. Plans have yet to be detailed, he said, but the new ownership signals big change on the western edge of a multimillion-dollar transformation of downtown parks and other ongoing redevelopment projects.

For instance, City Ventures is considering joining the two office towers into one. As opened in 1982, the buildings connect only at the lower two levels that today feature street-level retailers Sullivan’s Steakhouse and Starbucks.

A merge would require considerable renovation but provide more contiguous space across each of the upper floors. Currently, several tenants including anchors Toast and Markel — which have their company logos displayed at the top of their respective towers — are spread between multiple floors.

A name change most likely is eminent, Erickson said, for the towers designed in a V-formation facing east by internationally recognized Omaha-based Leo A Daly.

Erickson believes a physical overhaul is overdue. He expects the update to attract more tenants and to bring bustle also to the western side of the complex: the 16th Street corridor, which has lost zeal and pedestrian traffic over the years.

When the three-level ParkFair Mall was built in 1984 on a parking area abutting the new Central Park Plaza, the mall was intended to save what was left of a once-thriving retail scene on 16th Street. But the combined retail and office mall that early on featured clothing and other stores later became indoor parking.

Asked about the future of the former retail-focused mall, Erickson said there are a variety of options. However, he said, he envisions the overall property to remain primarily office-focused. (ParkFair, 201. S. 16th St., folded into the same ownership as Central Park Plaza, 222 S. 15th St., in 2004.)

Thursday’s sale follows a couple of earlier attempts by City Ventures to buy the complex, Erickson said. He said the seller, California-based SN Properties Funding IV, had planned to put it on the market about the time the COVID-19 pandemic hit.

Instead, Erickson said, it invited a select number of potential buyers to bid. City Ventures prevailed.

Monday, Erickson stood in the City Ventures headquarters at Central Park Plaza, where his company has been based since 2017, and looked east out the windows toward the ongoing transformation of Gene Leahy Mall. He said his company has wanted to become a bigger part of the downtown revitalization wave.

“This is the opportunity to put our money where our mouth is and take some action,” he said.

He said Central Park Plaza is positioned at a pivotal geographic point. Only the city’s main public library, which has long been the subject of possible renovation projects, sits between it and the Leahy Mall.

From the tower, one can look east also to the Union Pacific Railroad office tower, the Omaha World-Herald office building, the future Trio project site, the ongoing renovation of the 15-story Landmark Center and the ongoing Mercantile project to renovate obsolete parts of the Conagra riverfront campus.

Given the continuing pandemic, Erickson said his company plans to work with the city to prepare the high-profile twin-tower property for when businesses again are making decisions to move or expand.

“No one local has ever owned this ... and realized the role it plays in downtown Omaha,” Erickson said of the complex that today is mostly quiet as many office employees work from home.

As for City Ventures, founded in 2013, plans are underway to expand onto yet another partial floor of the complex. Its Omaha headquarters now has about 45 workers and spans about 17,000 square feet. An additional 600 City Ventures workers are based in offices from New York to San Diego.

The real estate development and investment company has an eclectic mix that includes partnership in managing a fleet of jets. Among other initiatives, it owns and operates the locally expanding Rocket Carwash network, construction-related businesses and auto dealerships.

Omaha area residents might recognize City Ventures for local undertakings including the $235 million La Vista City Centre, a 34-acre redevelopment along 84th Street. The company developed the Benson Lights apartments and the Corvina apartments along 10th Street in downtown.

The latest venture, Central Park Plaza, stands out as a hometown signature project.

“It’s probably one of the most photographed buildings in downtown Omaha,” he said. “I’m confident we can fill it up.”

Casey's will buy Bucky's for $580 million

Buchanan Energy has 94 stores, which Casey's will add to its approximately 2,200 locations.

The educational services company posted revenue of $365.2 million in the period. Its adjusted revenue was $306.8 million.

"It aligns with our vision for adding density to the core of our city that was neglected for five or six decades," said GreenSlate Development's Jay Lund.

Paving way for another building to rise in Blackstone business district

No firm timetable is set, but a mixed-use structure is envisioned on a city block southeast of 38th and Farnam Streets that's now occupied by a surface parking lot.

Upset residents get wiggle room to move off redevelopment site

Though tenants were relieved and happy to have additional move-out time and a rent break, they say they'll be hard-pressed to find comparable quarters for the same cost.

The familiar neon Charlie Graham auto sign that weathered many years and neighborhood changes will leave its longtime intersection and become a part of the Durham Museum collection.

The facility will span about 800,000 square feet and include packaging and distribution of both "dry" and "fresh" items found in Dollar General stores.2.

The record books will record Monday and Tuesday as Omaha's best two-day round of precipitation of 2020.

Swath of land near Nebraska Furniture Mart could be transformed

The Mart has asked the City of Omaha to rezone about 26 acres west of the Lowe’s store and along the east bank of the Little Papillion Creek, from Dodge southeast to just west of Rose Blumkin Drive and 72nd Street.

Omaha native Joshua Martinez plans to bring a taste of his heritage and family recipes to Midtown Crossing, as he opens a new restaurant called Pa Más.

At the new and emerging Fountain Ridge office park, a main fountain is being strategically placed closer to the West Dodge Street corridor. 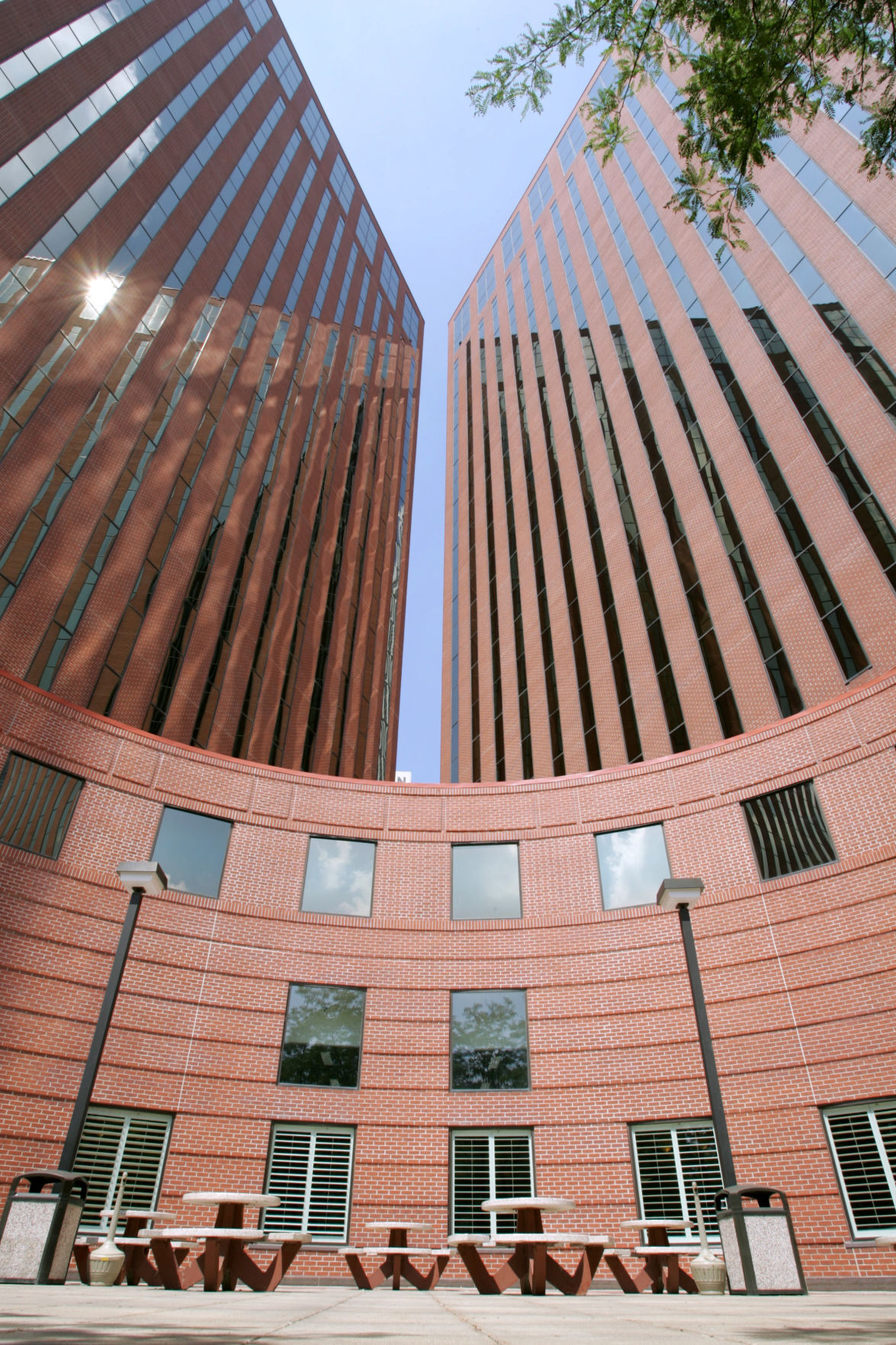 Central Park Plaza, “probably one of the most photographed buildings in downtown,” is now locally owned. 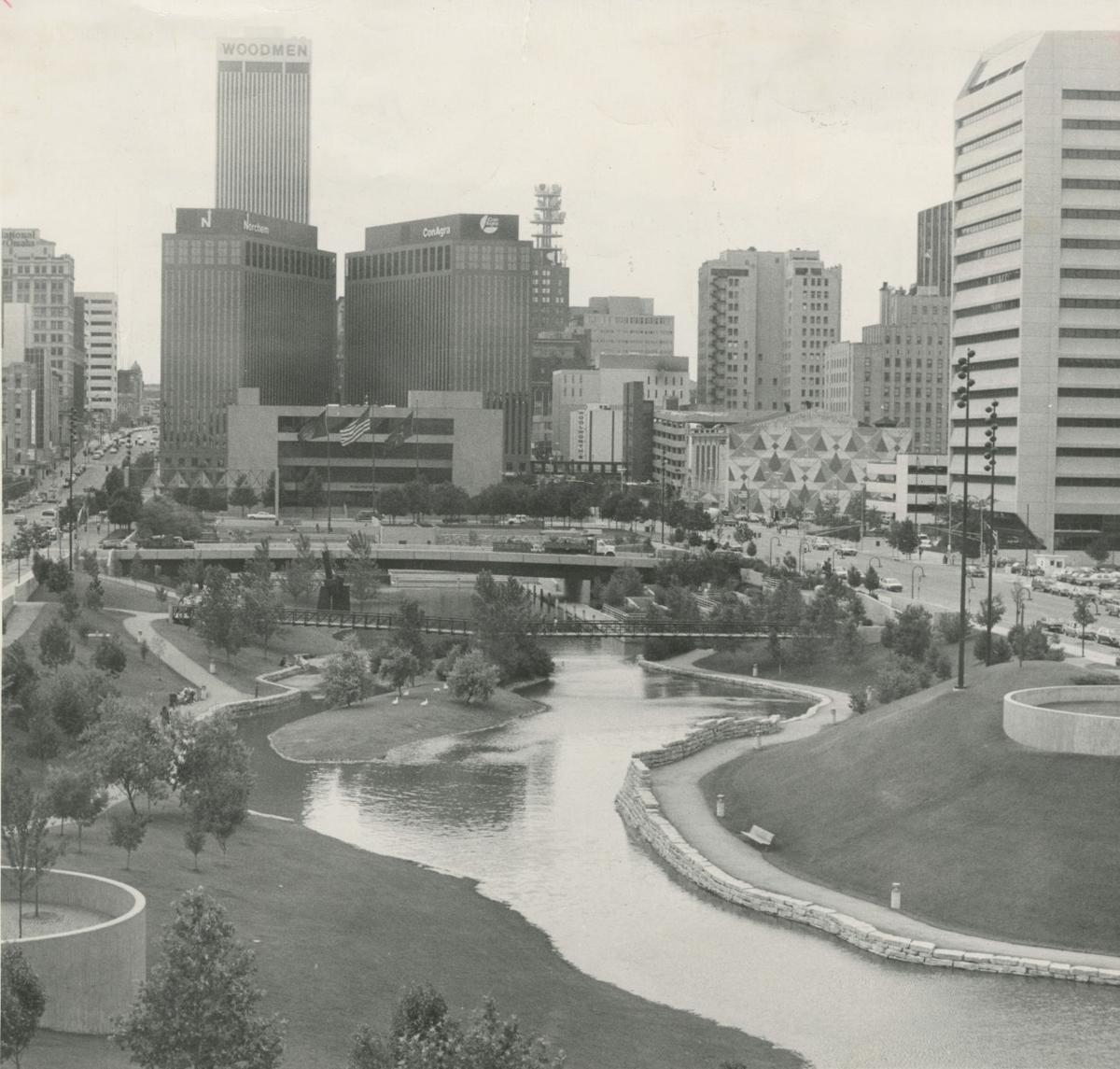 A break room in the Toast offices at Central Park Plaza

A lobby in the Markel offices at Central Park Plaza