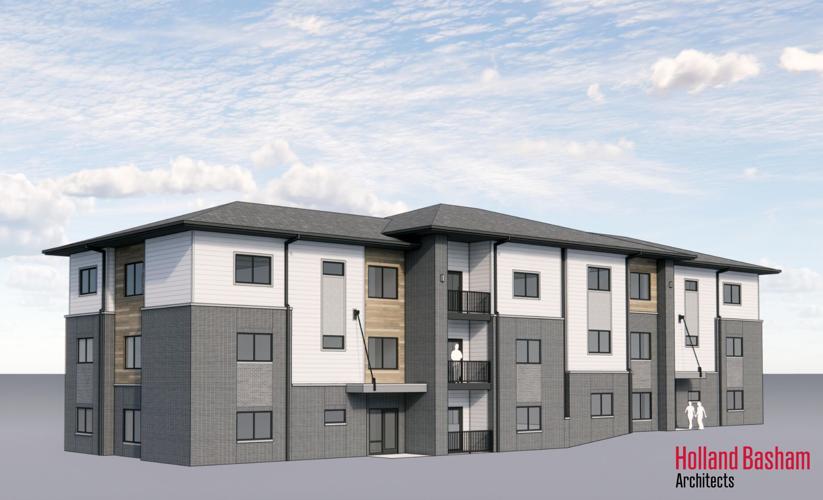 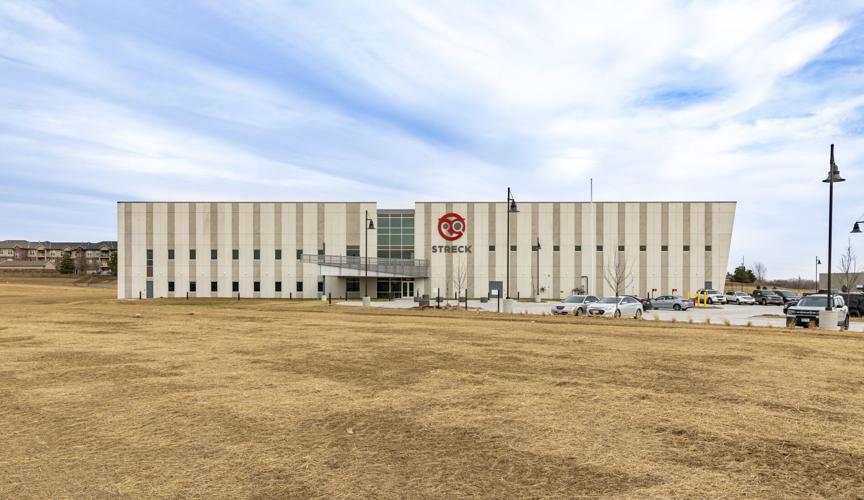 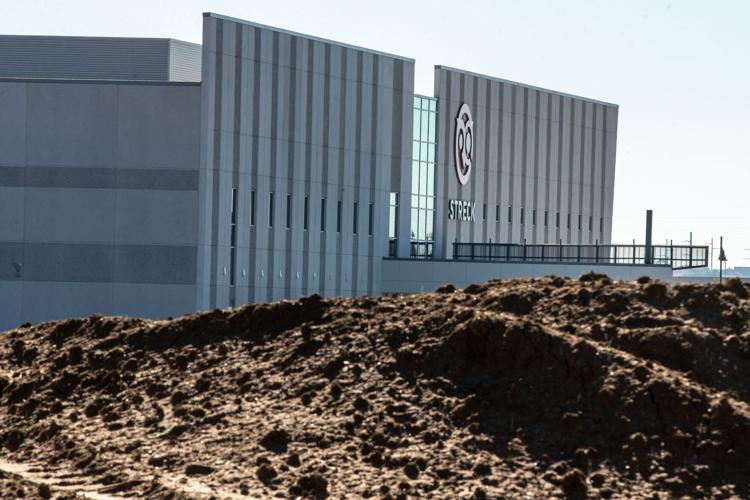 Connie Ryan runs a La Vista-based biotech company that just expanded and is eager for more growth — yet she recently saw trouble looming.

Streck Inc. is based in a worker-starved state with a persistently low unemployment rate that recently dipped to a new record — the lowest in the country.

Moreover, Streck operates in Sarpy County, which has some of the priciest new housing and rents around.

So how, Ryan wondered, was her 400-employee company going to attract enough hourly workers and fresh college graduates necessary to sustain the operation — let alone grow into the future?

In an unusual move, perhaps unique in the Omaha area’s recent history, Ryan and her team have decided to build Streck’s own apartment complex to rent to employees at a discount.

Viewed as a recruitment and retention tool, the 84-unit residential structure will rise south of 117th and Harrison Streets — just steps away from the company’s new multimillion-dollar manufacturing and information technology addition.

Ryan, the company’s chief executive, said the complex is aimed mostly at employees starting at $16 to $21 an hour who would like to work at Streck and live nearby but can’t afford the area’s housing.

Streck will own the property, estimated at $15 million, so it will have flexibility in how it will structure the subsidy.

George Achola of Omaha-based Burlington Capital, which develops and maintains apartments across the country, believes that the project is the “first of a kind” in Nebraska.

Burlington is the developer of the The Nest — the name of the planned apartments, which winks to the wise owl mascot pictured on Streck facilities.

“It’s an idea of the future,” said Achola, who also serves on the boards of key public and nonprofit housing organizations, including the Nebraska Investment Financing Authority and Habitat for Humanity.

He said government housing entities such as the Financing Authority and the U.S. Department of Housing and Urban Development don’t have the capacity to provide the amount of affordable housing that’s in demand locally.

By government standards, people are housing “burdened” if they pay more than 30% of their income for their rent or mortgage and other housing-related expenses.

Achola and others say that addressing worker shortages by providing more affordable housing increasingly depends on partnerships and projects driven by the private sector.

“We believe Streck could spark a flurry of similar employee assisted-housing activity in other communities facing housing shortages,” Achola said.

To be sure, the idea of employers providing housing assistance is not new. Some industries, such as hospitality or health and social care, in which employees work long hours offer on-site quarters.

Other employers offer money toward homeownership or rent. Tech titan Facebook is building the mixed-use Willow Creek village near its California headquarters, with plans to offer “affordable” rental housing.

But locally, Achola can’t think of another private business doing what Streck envisions. Neither can Omaha developer Rodrigo Lopez, who is working with a coalition of area leaders to come up with affordable housing solutions.

“The problem is very significant and across a broad spectrum,” Lopez said.

Miracle Hills office buildings sold for $17 million; will welcome Scooter's HQ and others

From La Vista to Valentine, Nebraska, communities feel the pinch described in a recent study by the Joint Center for Housing Studies at Harvard University.

Researchers found that in almost half of the nation’s largest 100 metro areas, the income that could afford a home last year isn’t enough to afford one this year.

And that assumes that there is enough housing to begin with. Mayor Kyle Arganbright of Valentine said his city currently has fewer than 10 vacant houses or apartments available for a newcomer.

Construction costs including land and labor have escalated to the point, he said, that builders are turning to more high-priced housing to earn a return that makes sense to them. That leaves a lack of housing that’s affordable to many in the workforce that Nebraska needs.

“We need cities willing to take action, investors willing to help their hometown, and employers willing to consider housing as a critical component of workforce attraction,” Arganbright said during a webinar organized by the Platte Institute.

Grace Thomas of the Omaha Missing Middle Housing Campaign cited the report’s findings as one reason her group is pushing for policy changes that promote triplexes and other less conventional dwellings that would be more financially accessible than big houses on big lots.

Yet another group — this one representing builders, developers, real estate agents and more — is forming as the Welcome Home coalition. Its goal is to reduce starter home costs by changing regulations that have driven up costs, said consultant Perre Neilan.

>> Nebraska’s 2% unemployment rate in September was the lowest ever recorded in state data going back to 1976. It tied the lowest rate ever for any U.S. state.

>> Some Nebraska cities’ rates dipped even lower, including the Omaha area, which saw a 1.7% unemployment rate.

>> Sarpy County, with the state’s fastest-growing population, has an adjusted housing vacancy rate of 2.1% — which results in a dearth of affordable owner and rental units, according to a 2020 housing study financed by the Nebraska Investment Financing Authority.

>> The report said the starting wage provided by many of Sarpy’s major employers was about $15 an hour. Those wages are enough to afford monthly rents of up to $615 and houses costing up to $140,000.

>> Of all incorporated Sarpy communities, La Vista had the highest gross rent, $967.

Ryan said Streck leaders have known for a while that a lack of affordable housing in the area was causing workforce recruiting woes. She said more pointed solution-oriented conversations began about a year and a half ago as she served on the Habitat for Humanity board with Achola.

Ryan said she shared details of a Streck employee who lived in North Omaha and took the bus as far as he could before walking numerous blocks from 108th and L Streets to Harrison Street.

The situation, she said, provoked discussion: “How can we make this easier?”

The Nest apartments will rise on a chunk of that 30 acres, near a pocket set aside for a future research and development facility.

Ryan said details of the employee rental subsidy have yet to be worked out. If apartments remain available after offered to Streck staff, Ryan said she would likely open the door to neighboring employers.

Ranging from studio to two-bedroom units, the apartments will contain higher-end finishes similar to other housing in the area, she said. They’ll have a pool and clubhouse. Holland Basham Architecture is leading the design; Ronco Construction is the general contractor.

In the past decade, Streck has grown its far-ranging workforce of scientists to shipping clerks by about 60%, Ryan said. She declined to provide sales or other financial figures. But a judge, in a recent lawsuit, agreed with an expert who in 2014 placed the company’s value at $893 million.

Currently, the Streck team is short 25 workers, Ryan said. With longtime employees in position to retire, she hopes that the Nest, set to open in 2023, will nudge more workers Streck’s way.

“We needed something that defines us in a different way,” Ryan said. “I think the apartments do that.”

Complaints centered on the planned demolition of three vintage residential structures to make way for what opponents described as a high-rent and nondescript building.

The Omaha real estate market that shows promise in several ways yet is challenged by a growing labor shortage, according to industry experts who spoke at the REjournals annual Midwest conference. 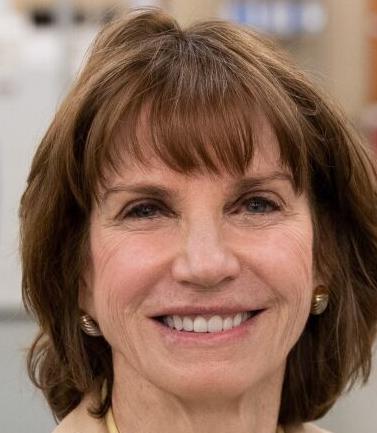