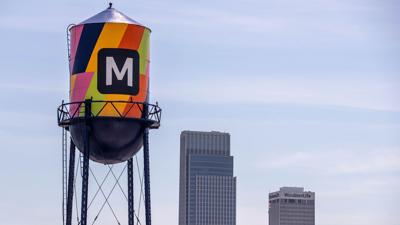 Hubs of commerce, housing, offices and entertainment are growing across Omaha and its suburbs.

One need only take a drive along the Dodge Street corridor to catch a glimpse. There's the new Crossroads under construction at 72nd Street. Farther west, the developing 500-acre Heartwood Preserve, West Dodge Pointe, West Village Pointe and the emerging Fountain Ridge and Avenue One campuses.

And that's just a slice.

Given such increasing and thriving activity outside Omaha's urban core, one might ask: Why is it so important to have a vibrant downtown anyway?

The World-Herald posed the question as a private sector-led group, assisted by City Hall, has put a $400 million focus on downtown by overhauling parks and planning a science museum on the riverfront.

The group aims to liven up downtown and lure more people and employers to Omaha.

Also in the works is a redo of parts of the Conagra campus left obsolete when the Fortune 500 company moved its headquarters to Chicago and shrank its riverfront presence. The multiyear effort by Houston-based Hines Co. would bring a $500 million mix of residential, commercial and recreational uses.

Paul Smith, an investor in downtown's Capitol District and Millwork Commons, is among many who say that an urban core — dense with people, culture and work buildings — is what gives a city its character and heart.

Suburbs have a role that's not to be diminished, Smith said. But interesting downtowns are the go-to spot for visitors, and a reason many come back to a city.

Smith's Black Dog Management has put its own financial focus on projects such as the $200 million Capitol District of newly constructed hotel, residential and entertainment space at 10th Street and Capitol Avenue.

The investor group is also behind the Millwork Commons district north of TD Ameritrade ballpark. Projected to be a $300 million investment, the roughly 45-acre site is dotted with century-old warehouses and other property where tech and creative businesses have started to settle.

Smith said the mix of historic and new anticipated at Millwork Commons is "just impossible to duplicate."

Across America, downtowns usually contain the oldest and most iconic landmarks that offer insight into the evolution of a city and its people.

"All those things start to fade when the downtown goes away," he said.

"We want to be able to capitalize on the strong tourism downtown attracts," said Goodwin.

Historically, downtowns are where one finds a town's critical mass of corporate employers.

"The simple fact is, to lose your central city and all the enormous investment that's there ... is problematic," John Gottschalk, former publisher of The World-Herald, told History Nebraska.

But in recent years, Omaha's downtown as an office and corporate base has suffered in part due to the lure of more spacious and parking-plentiful suburban sites, said Jason Fisher, president of Cushman & Wakefield/The Lund Co.

He points to the last 10 years of construction. During that time, according to Lund and CoStar real estate data, Omaha's non-downtown areas gained 4.3 million square feet of new office space compared to 528,000 square feet downtown.

Downtown workforce growth hasn't kept pace with several areas to the west. According to the U.S. Census and the University of Nebraska at Omaha Center for Public Affairs Research, downtown workers increased 6.5% in the decade ending in 2018. Compare that to about 26% growth for the Aksarben area ZIP code, 144% for the Village Pointe area, and 34% for the Bank of the West and First National Bank business parks area near 144th and West Dodge Road.

Indeed, Fisher had to readjust plans for the downtown 15-story Landmark office tower his investor group bought several years back. Vacant floors did not lease up as he had anticipated, so the group turned them into a boutique hotel and entertainment spots.

The pandemic has created additional uncertainty for the office market — another "body punch," Fisher said — as some companies might lean more permanently on virtual working and less on office sites.

That doesn't take away from Fisher's belief that a downtown gives a city its soul and identity. He says Omaha's downtown business base needs to climb back to prominence.

"If this was a basketball game, we're inside the last five minutes," Fisher said. "We really have to start paying attention. We have to move with a sense of urgency."

Jay Noddle of Noddle Cos. has developed properties spanning from the west edge of Omaha to the riverfront. He said part of the struggle in enticing employers and construction to the more compact downtown is that costs typically are higher.

But he expects the increased attention on public amenities — including the parks and a new Omaha Performing Arts music venue north of the Leahy Mall — will lead to downtown job and retail growth.

Noddle said that a Chamber of Commerce urban core committee, which he is leading, is working on with the city on strategies to improve public transportation and to create incentives to spark affordable housing and other development so Omaha's downtown can compete with peer cities.

“Because a healthy central business district and urban core sets the tone for our region," he said.

In the Redefining Downtown series, Cindy Gonzalez examines Omaha’s major redevelopment efforts over the past 50 years: How we got here, how it…

North 24th Street is a good place to start for people looking to get off the CWS beaten path, experience local culture they might not know existed and support local Black-owned businesses and artists.

The new leader of Omaha's riverfront science center comes from the Exploratorium, regarded as one of the world’s premier science museums.

Conagra Brands is cutting its fiscal 2022 outlook due to rising costs, which the food company will try to offset by boosting prices.

MECA officials let a World-Herald reporter and photographer behind the construction fences to see how the Gene Leahy Mall overhaul is progressing.

The Blackstone District has revealed plans for a streetscape makeover expected to boost pedestrian safety and commerce by widening sidewalks and narrowing driving lanes along the midtown Omaha strip. 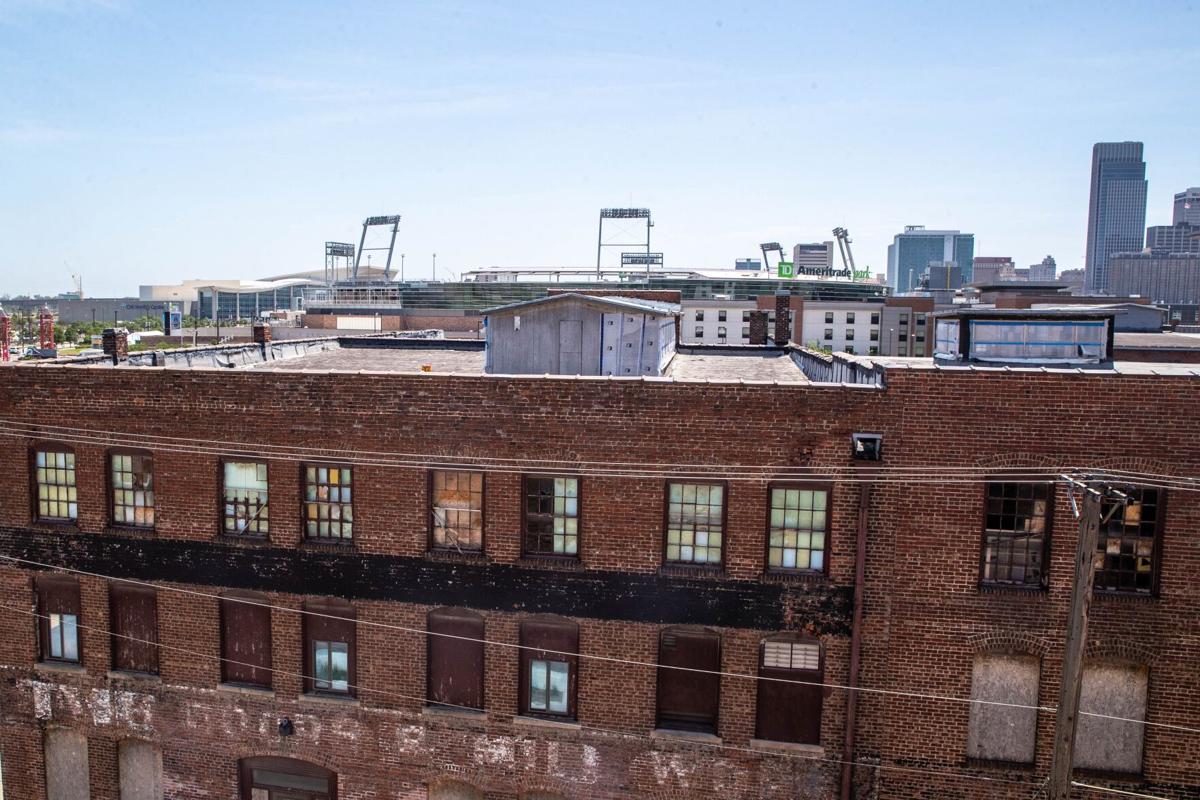 Developers are about to restore the old Disbrow building in the foreground as part of the 45-acre Millwork Commons redevelopment area in north downtown. 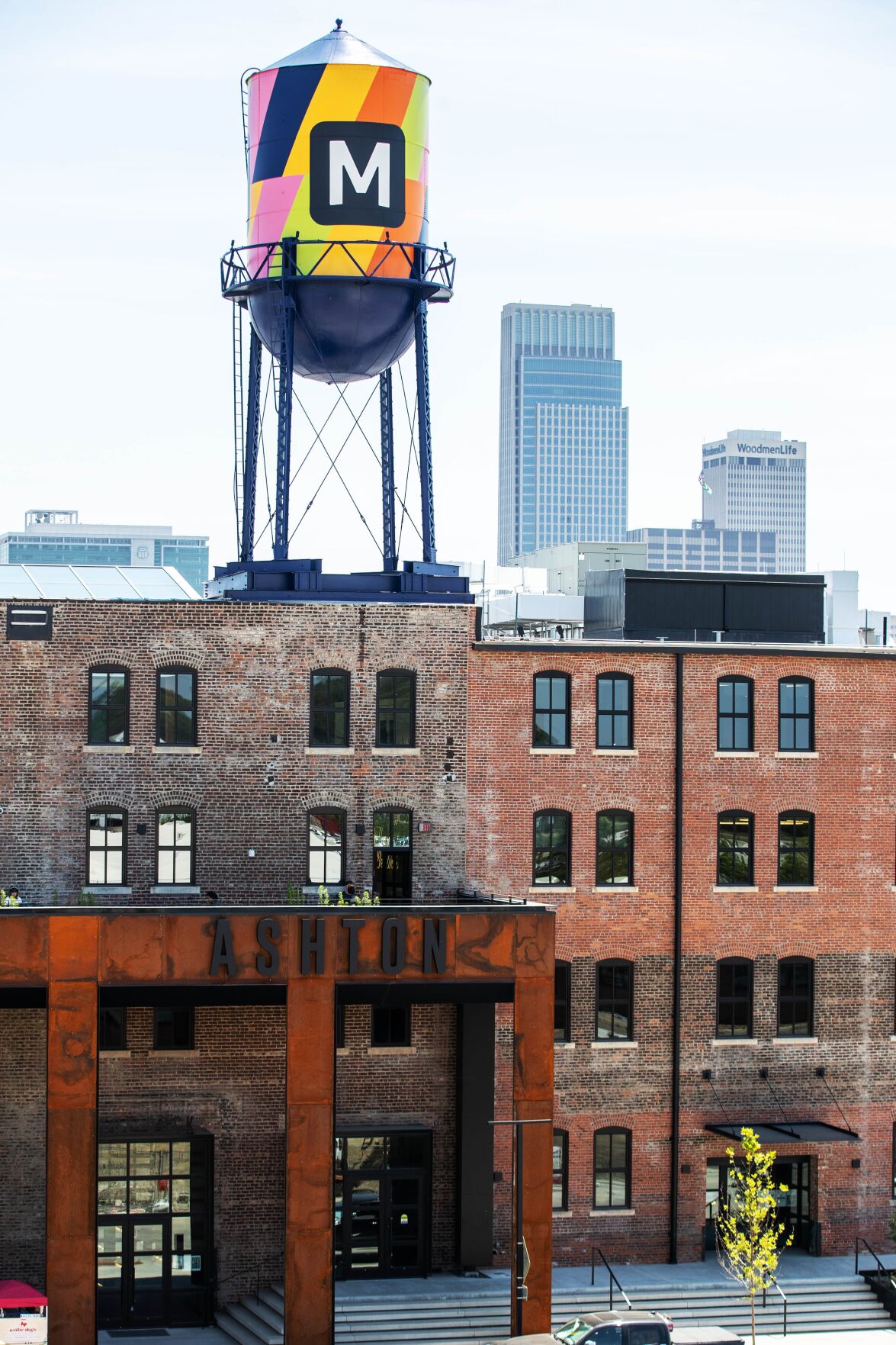 The Millwork Commons is an emerging redevelopment area north of TD Ameritrade Park. Buildings about 140 years old are being restored as worksites to be complemented by new housing under construction in the area.

This story was published in partnership with History Nebraska. 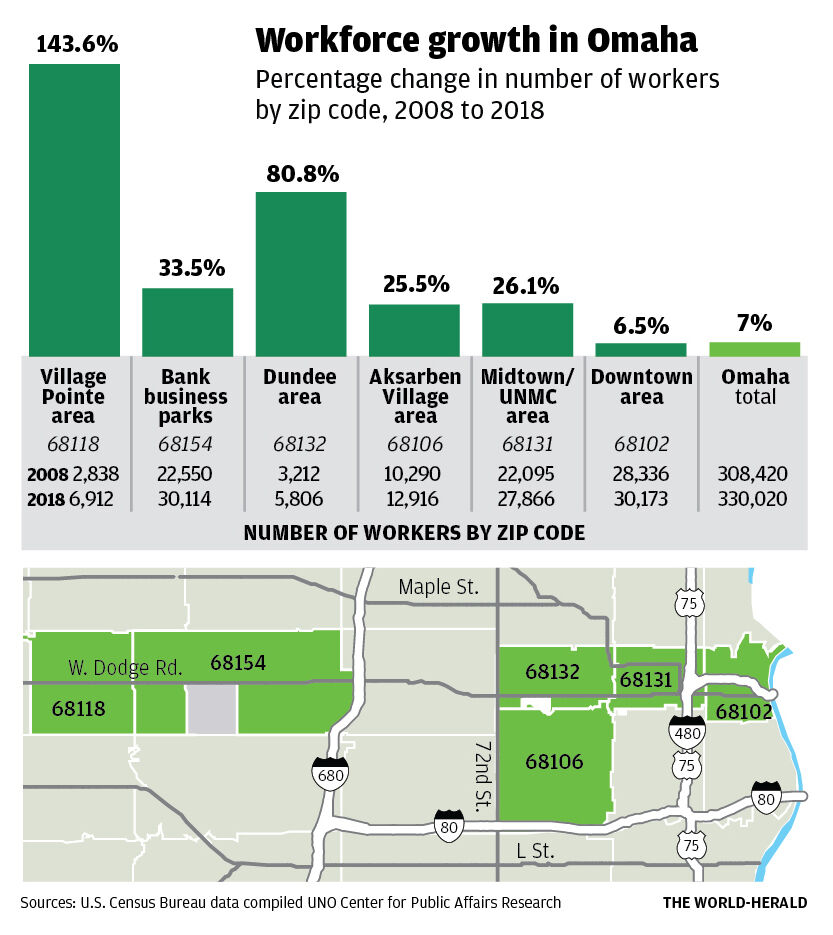