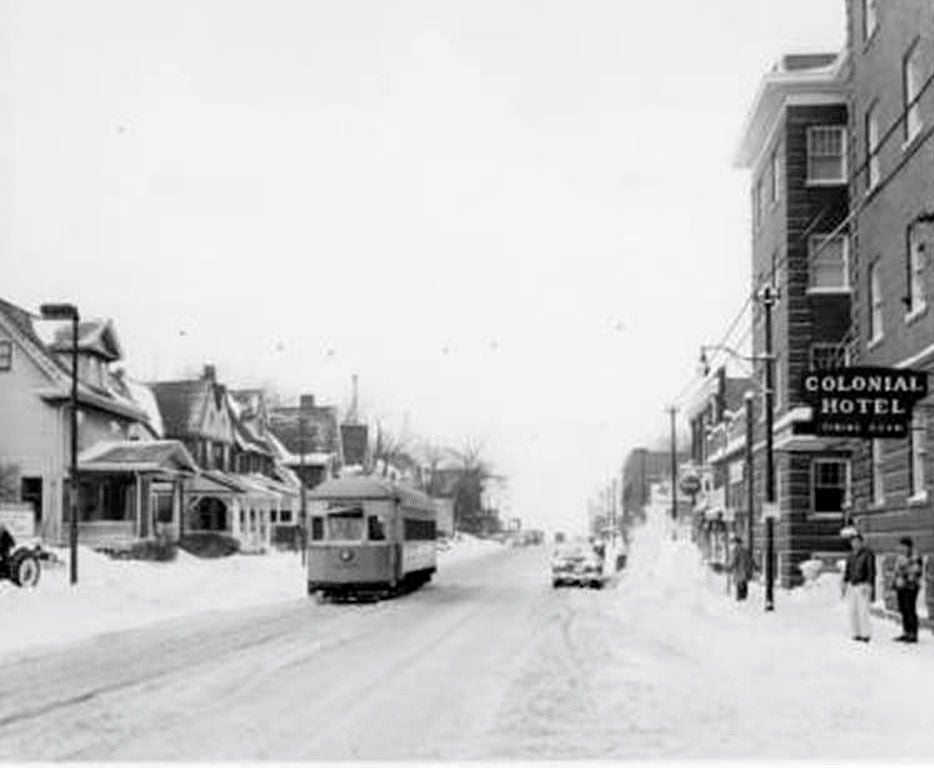 An undated photo of the Colonial Hotel, which originally was designed to be a fancy apartment building and included the Red Lion pub. The Colonial currently offers about 100 boarding rooms at about $100 a week. 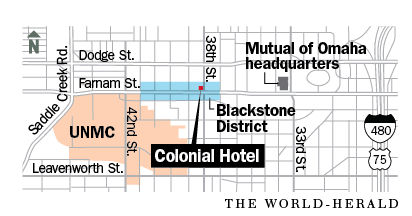 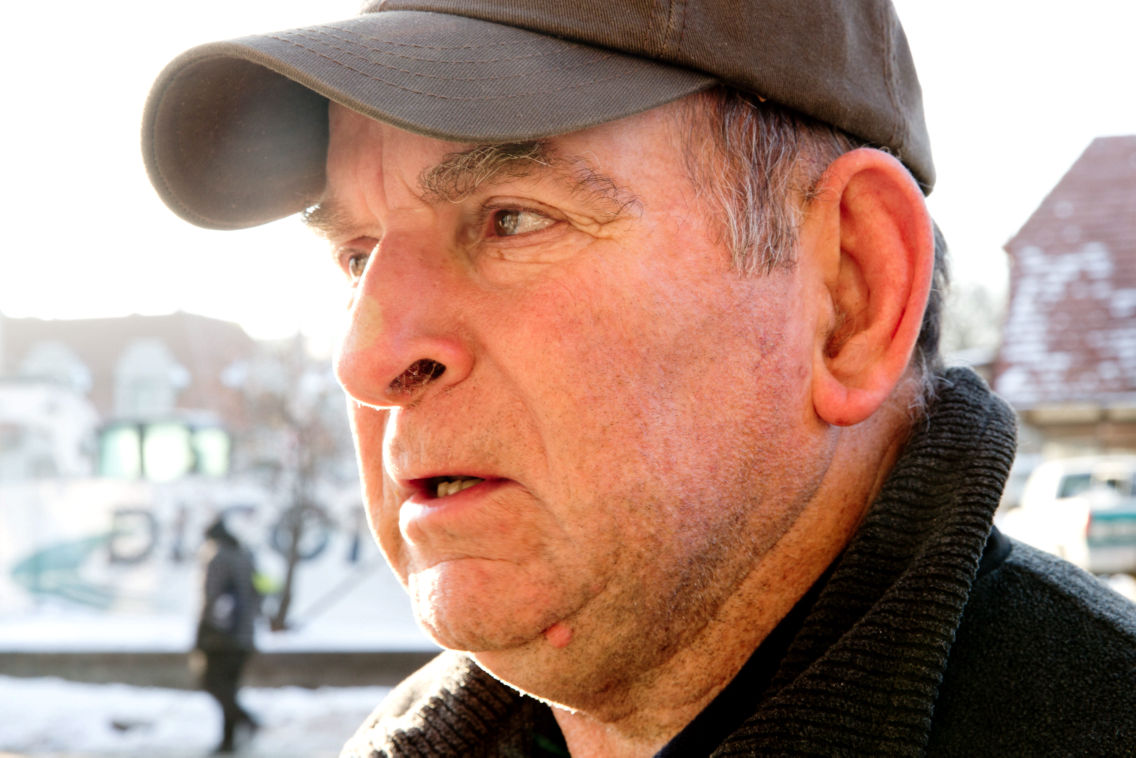 Ike Gaa, who currently lives in the Colonial, said, "If it weren’t for this, a lot of these people probably would be homeless."

Developers GreenSlate and Clarity have proposed turning what now are 100 or so boarding rooms that go for roughly $100 a week into 40 upscale apartments commanding monthly rents between $850 and $1,400.

You might say the $8.2 million conversion of the century-old property marks a return to its roots — as the Renaissance Revival-style structure was designed to be a fancy apartment building in the heart of a Gold Coast district.

But while developers call it a historic rehabilitation project, some others are concerned that the shift will further narrow housing options on the lowest end of the rent spectrum, especially in downtown and midtown.

“It’s short-term, and it’s low-price,” said Ike Gaa, who lives at the Colonial and said he needed a place quick and cheap while settling a divorce. “If it weren’t for this, a lot of these people probably would be homeless.”

GreenSlate’s Jay Lund and seller Dewey Houghton said many details are yet to be settled, but they emphasize they’ll take precautions and time to ensure that current residents aren’t left without a place to live.

As proposed, the 45,000-square-foot Colonial at 38th and Farnam Streets would be rehabilitated and converted into market-rate apartments, some studios but mostly one- and two-bedroom residences.

The sleeping Red Lion pub tucked in a corner of the hotel would be revived as a commercial bar and grill. Currently used for storage, Lund envisions the space as an opportunity to rekindle nostalgia and stir up fun for tenants and area residents.

Individual apartments would be remodeled with modern amenities, and the exterior would be cleaned. But the structure’s original character would be preserved.

The property’s last major overhaul was in 1987.

Because the property lies within the Gold Coast Historic District, the development team has applied for state and federal historic tax credits totaling $2.3 million. Such tax credits prohibit substantive change to such decor as the Colonial’s iron-speckled Roman brick, limestone accents and decorative painted metal bands.

The project hinges also on approval of $650,000 in tax-increment financing from the city, Lund said.

He said that if all goes as planned, tenants could move in around the fall of 2017.

The Colonial would be the latest of numerous projects that in the last few years have changed the face of the Blackstone Business District.

GreenSlate Development modernized its first cluster of bays about three years ago. Joined by Clarity Development as a partner, GreenSlate today is building a pair of new apartment buildings, renovating another, and reviving commercial spaces.

A bank and more developers have joined the revival, attracted by the growing University of Nebraska Medical Center campus to the west and Midtown Crossing and Mutual of Omaha campuses to the east.

GreenSlate and Clarity say that more than 30,000 square feet of retail space has come online in the past four years, and an additional 25,000 square feet is planned in the coming year.

Lund said the rehabilitated Colonial apartments would add to the variety of housing types on or around the Farnam Street corridor between 38th and 41st Streets.

“If somebody wants to live in or around the Blackstone District, they would have multiple housing options,” he said. “We want to continue to build on what we’ve already completed down here.”

According to a historical account, the Colonial was designed to be luxury apartments to attract Omaha’s high-class residents. The three-story north building, which fronts onto 38th Street, was completed in 1910. Within a few years, the five-story brick addition designed by architect Lloyd D. Willis was built to the south, facing Farnam.

The Colonial’s 2017 version is expected to appeal to the growing base of UNMC professional employees and students.

Houghton, who has owned the Colonial for 30 years, said he was getting too old to maintain the operation and wants to sell to a buyer that would restore its glory.

The TIF application to the city says the Colonial property was to be purchased for $1.5 million. The transaction has not yet closed, Lund said.

In the meantime, a primary concern, Houghton said, is that current residents be given ample time to relocate.

A few, he said, have lived at the Colonial for 25 years. “They’re like family.”

Jay Davis, Omaha’s superintendent of permits and inspections, said he’s unsure how many other pay-by-the-week rooming houses exist in the city. Based on information from police and fire personnel, he suspects there are at least 10.

(A new ordinance was implemented in April to better track and regulate boarding houses, but no landlords have registered, Davis said. The law, which calls for fees and inspections, was a response to a fatal fire at a South Omaha rooming house in December 2014.)

Mike Saklar, director of the Siena-Francis House shelters and a former city planner, said Omaha in the 1970s had well over 2,000 rent-by-the-week units available for tenants seeking inexpensive housing. He said they’re often an alternative to a shelter.

“That type of housing has gone by the wayside” despite the need, Saklar said.

Gaa, a retired painter who has stayed at the Colonial since November, said he was looking for low cost and flexibility to move at any time.

“It’s the only thing I could get into at the time I sold my house,” Gaa said.

Most Colonial residents share bathroom facilities. Gaa said the building is secure and safe and that its owners run a “tight ship.”

While the 71-year-old has a car and could relocate elsewhere, he was uncertain that most of his neighbors could easily do the same.

“There’s not many of these type of hotels left,” he said. “This one here is in a pretty good area.”

The pair of new construction projects — dubbed Blackstone Station and Blackstone Union — ushered in a different level of lender confidence, said area real estate leaders. The apartment buildings have their grand opening this week on the historic commercial strip.

An undated photo of the Colonial Hotel, which originally was designed to be a fancy apartment building and included the Red Lion pub. The Colonial currently offers about 100 boarding rooms at about $100 a week.

Ike Gaa, who currently lives in the Colonial, said, "If it weren’t for this, a lot of these people probably would be homeless."