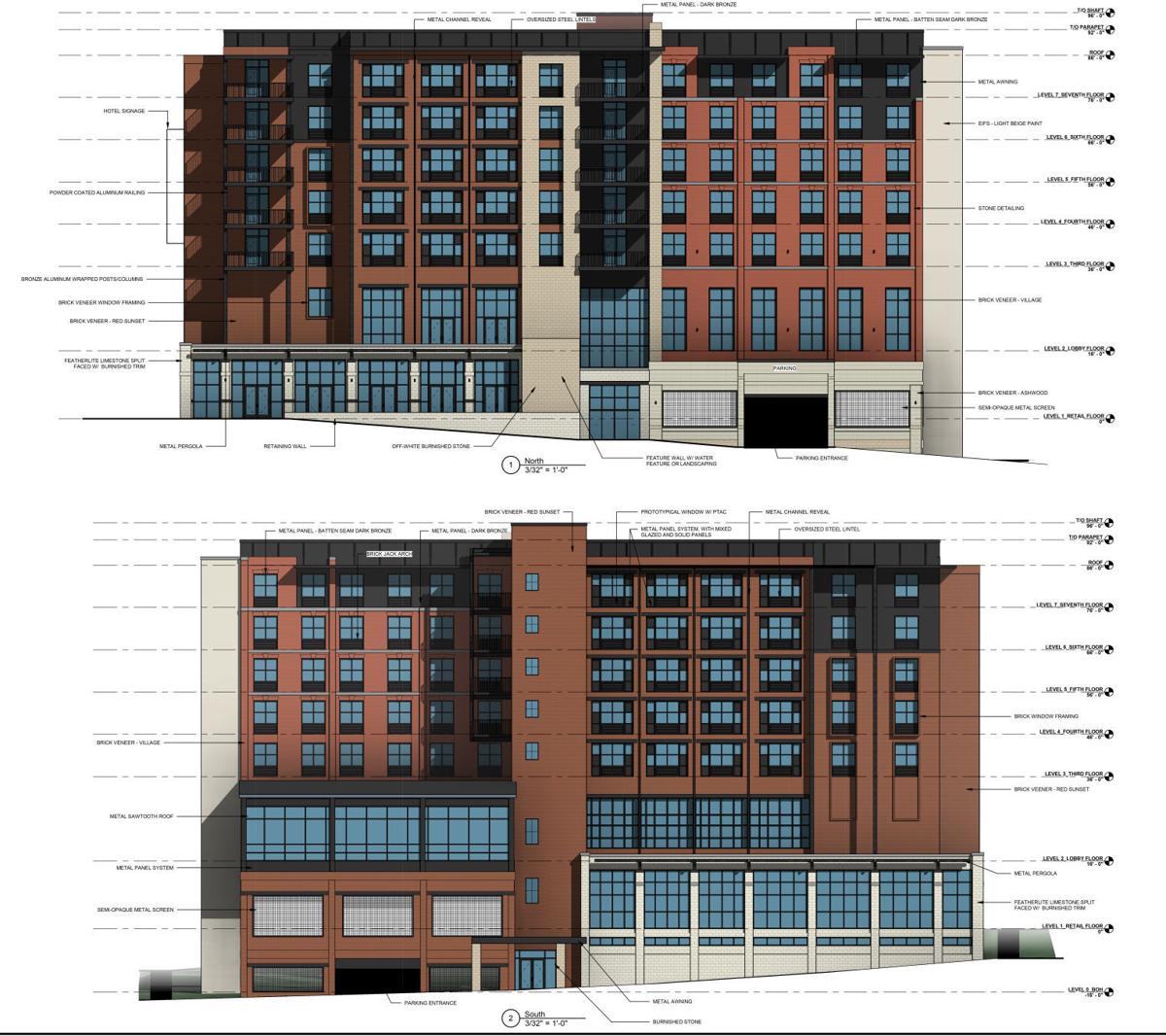 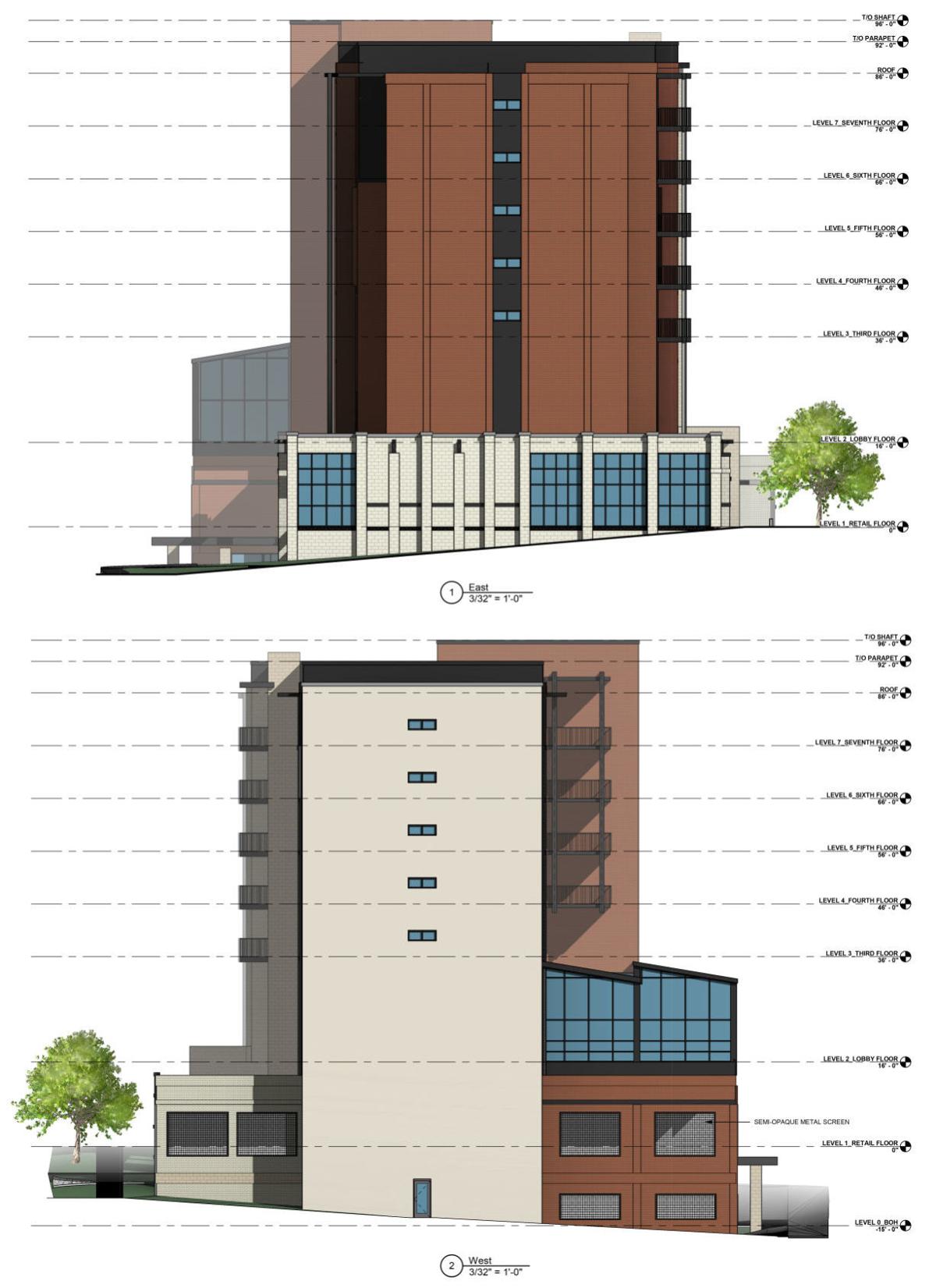 The developer is Dan Marak of the Kansas City area, who recently opened another hotel, a 102-room Home2 Suites by Hilton, across the street from the one being proposed. Marak’s MH Hospitality has multiple other hotel properties in the Omaha area as well.

The half-acre site where he hopes to build his newest project is occupied by vacant houses and a small office building.

Marak declined to comment for this story, but his plan to be considered by the Planning Board on Wednesday calls for 7,300 square feet of commercial bays on the first floor of a 95-room hotel property. He seeks $3 million in public tax-increment financing.

If all goes as planned and approvals are granted, construction is to begin in March 2021 and opening would be the summer of 2022.

Proposed parking includes 56 spots inside the hotel and 21 in adjacent surface lots. The plan says that spaces in Marak’s other hotel (the Home2 Suites to the northwest, across Douglas Street), could be made available if needed.

Big, small, commercial and nonprofit businesses alike are taking a hit financially in this year’s absence of the CWS.

The store popular with CWS fans is holding clearance sales and is to be out of its corner property across from the ballpark at the end of the month.

The group that owns The Blackstone Meatball near 39th and Harney Streets plans to open a second restaurant.

Omaha's Blackstone district is about to get its first rooftop bar

Omaha’s Blackstone district is poised to get its first rooftop bar.

Union Bank & Trust will occupy the lobby and other space on the first and fifth floors. Lincoln-based Nelnet plans to rent two floors.

Developer Dreamvesting Capital Group has assembled four lots in "poor" condition and hopes to replace them with a three-story structure containing for-sale residences.

The Renaissance Nebraska Project grant goes to Builders of the Future program, which trains young people in construction trades.

After 23 years in business, Omaha clothing boutique is closing

She.la, a women's and children's clothing boutique that operated out of Countryside Village for 18 years and mostly recently was in Sterling Ridge, plans to shut down.

The Village PieMaker production facility will now be only in Omaha after the closure of its Eustis facility.

In this week's business notes: A new hotel for Lincoln and a longtime Omaha bookstore bids farewell.