More than 20 Nebraska businesses among country's 5,000 fastest growing: Here's who they are
0 comments
Share this

Twenty-six Nebraska businesses are among the 5,000 fastest-growing private companies in the country, and a wide range of industries are represented.

The top Nebraska business on the Inc. 5000 annual list of the fastest-growing private companies is City Ventures, a real estate and business firm that’s developing a key La Vista site.

Inc. looked at growth in revenue between 2015 and 2018 in companies that are U.S.-based, privately held, for-profit and independent — not subsidiaries. Other Nebraska companies on the list include a national law firm that promotes its Nebraska base, a well-known local startup and a company that specializes in building mail-sorting robots.

They took different paths to their growth, but many said their success lies in filling an unmet need and generally doing really good work.

Many of the firms on the list do travel staffing for health care jobs — a booming industry with an Omaha hub.

The roots of the Omaha home base for companies date back to the 1980s and ’90s, said officials with those companies, and they expect business to keep growing.

"We’re just in a constant state of change,” said Andy Wettengel, marketing director for OneStaff Medical. “It’s not expected to slow down.”

City Ventures, the fastest-growing company in the state, set out to do big work, said co-founders Chris Erickson, 37, and Danny White, 43.

Erickson’s background is real estate; White’s is in businesses. They decided to bring the two together — the business operating profits fund the real estate projects for a better long-term investment.

Neither is from Omaha — Erickson hails from Holdrege, Nebraska, and White came here from the East Coast. But, they said, they found Omaha a good place to do business, both because of the costs and the people.

“Business is really all about the relationships,” Erickson said. “When you know the people you do business with, it’s a lot easier.”

Their businesses are an eclectic mix centered mostly on transportation and construction. They own the rights to Miss USA in six states including Nebraska. They have a patent on a type of temporary shoring. They own part of an aviation company that functions like a stable does for horses — you own the plane, they take care of it and provide the pilot.

Their largest project in the metro area is the $235 million La Vista City Centre project along 84th Street, where they are redeveloping 34 acres, long a source of frustration in La Vista, into a mixed-use complex with residences, shopping, restaurants and an indoor-outdoor concert venue between Park View Boulevard and Giles Road.

Other companies, too, said that Nebraska is a good place to do business.

Hilgers Graben, a law firm in the state’s top 10, makes Nebraska’s low cost of living a central pitch to companies around the country. And its Lincoln base of operations also allows it to attract attorneys by promising a family-friendly work environment, said partner Mike Hilgers.

Here is more information on Nebraska’s top 10 companies on the Inc. 5000 list:

What it does: Marries real estate development with other business operations including auto dealerships and car washes.

Why it’s growing so fast: Aggressive reinvestment of proceeds into new businesses and real estate in the metro area and around the country.

Interesting fact about the company: White, a former hockey player, used his sports connections to get in touch with billionaire Stan Kroenke, who owned the site of a former Walmart that had been empty in La Vista for years. The duo persuaded Kroenke to sell, and now they’re developing one of the most prominent La Vista sites.

What it does: Allows customers to mass text a group of subscribers, similar to an email newsletter for text messages.

Why it’s growing so fast: Pelton hired the first salesperson in 2016 and went full time at the company in 2017. He attributes its rapid growth to filling an unmet need.

Interesting fact about the company: All the employees are based in Lincoln, but they work remotely full time.

What it does: Builds robots and software to automate and make more efficient the process of producing and sorting mail.

Why it’s growing so fast: The mail sorting industry is facing both a labor shortage and pressure from the U.S. Postal Service to improve accuracy.

Interesting fact about the company: The company’s robots have touched every single Valpak coupon — those coupons that come in blue envelopes in the mail.

Number of employees: 11 plus contractors

What it does: Consulting company that provides solutions to technology problems for other companies, while also recruiting candidates with specific skills and providing consultants to fill skills gaps.

Why it’s growing so fast: This time frame represents the majority of the company’s existence

Interesting fact about the company: Wingard left a global Fortune 500 company to found Dynamo. She initially planned to name the company SME (for strategy meets execution) before overhearing someone reference alphabet soup of companies. This association led her to name the venture Dynamo instead.

What it does: Online platform that helps people host and manage their WordPress sites

Why it’s growing so fast: The company hired a sales team during this time period and started focusing on building tools for companies and others who host a lot of WordPress sites.

Interesting fact about the company: It was sold in June to Austin-based WP Engine for an undisclosed amount.

What it does: Builds websites for e-commerce businesses

Why it’s growing so fast: The company attributes its steady growth to doing good work at a reasonable price.

Interesting fact about the company: It has employees on five continents.

What it does: Travel staffing agency for nurses, physical and other therapists and techs

Why it’s growing so fast: It helps to be part of a booming industry, which Smith says is driven by more medical professionals choosing to go the travel route. Smith also attributes the growth to the company’s reputation.

Interesting fact about the company: It has its own YouTube channel as well as a podcast about beer called A Beer with Atlas.

What it does: Health care travel staffing agency, like a national temp agency for health care professionals

Why it’s growing so fast: The industry has grown in general because of the nursing shortage. Fusion’s growth during this time frame was organic rather than through acquisitions.

Interesting fact about the company: In 2017, the company grew so fast that it outgrew a building intended to last five years in five months.

What it does: Law firm that works with complex commercial and intellectual property litigation for clients around the country. The firm pitches that it can do good work cheaper with its headquarters in Nebraska because of the low cost of living as well as price of office space.

Why it’s growing so fast: Hilgers said the company’s model “really took off” during this time period, and it especially grew its specialization on discovery, or document reviews.

Interesting fact about the company: Hilgers is also a Nebraska state senator.

What it does: travel medical staffing firm for nurses CNAs, LPNs and allied professions

Why it’s growing so fast: It’s in a growing industry, and marketing director Andy Wettengel attributes its particular growth on maintaining a startup culture even as it gets larger. The company also rebranded itself during this time frame.

Interesting fact about the company: Both owners had a parent who died within weeks of each other. In honor of those parents they give out T-shirts to each employee with the mottoes: “You rise by lifting others” and “It costs nothing to be kind.”

Mutual of Omaha officials in April 2018 said the company was considering a new headquarters aimed at improving collaboration and at attracting talent.

Gretna's distance from Omaha and Lincoln is perhaps its greatest asset for business development — and local leaders such as City Council President Angie Lauritsen, who is running for mayor, want to capitalize.

Most of Southroads to be auctioned in October; long-term renters to stay

Major portions of Southroads Technology Park will be auctioned in October.

The two companies said this would be the largest acquisition of a health care staffing company in the industry's history.

The company founded by Millard West graduates in an Omaha basement wants workers engaged and enthusiastic so they can bring their "A" game every day. 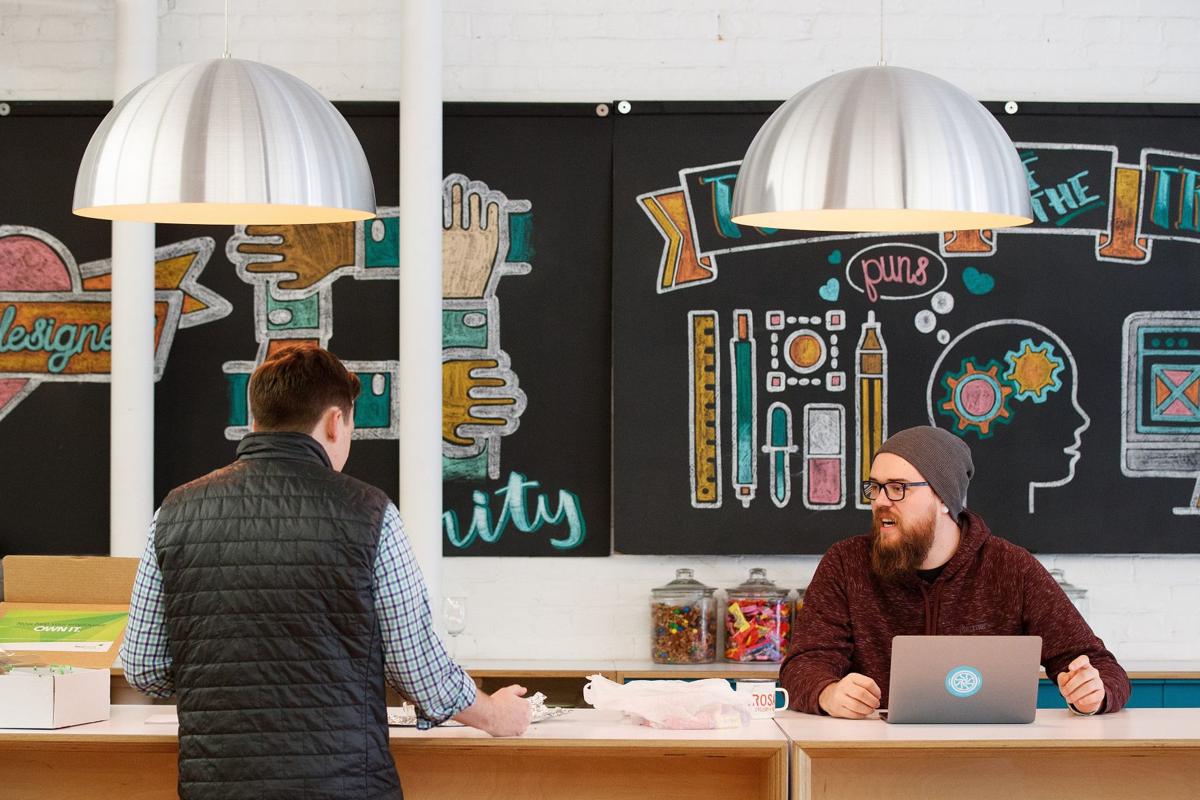 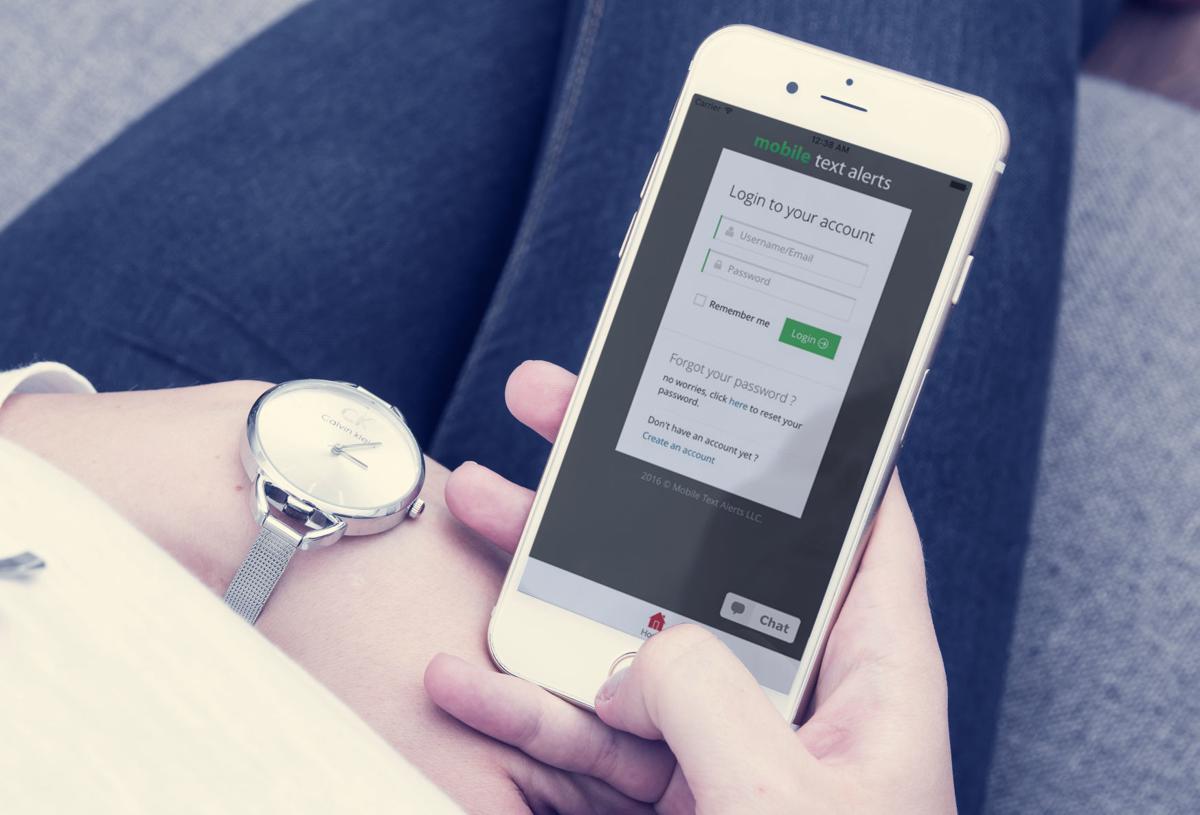 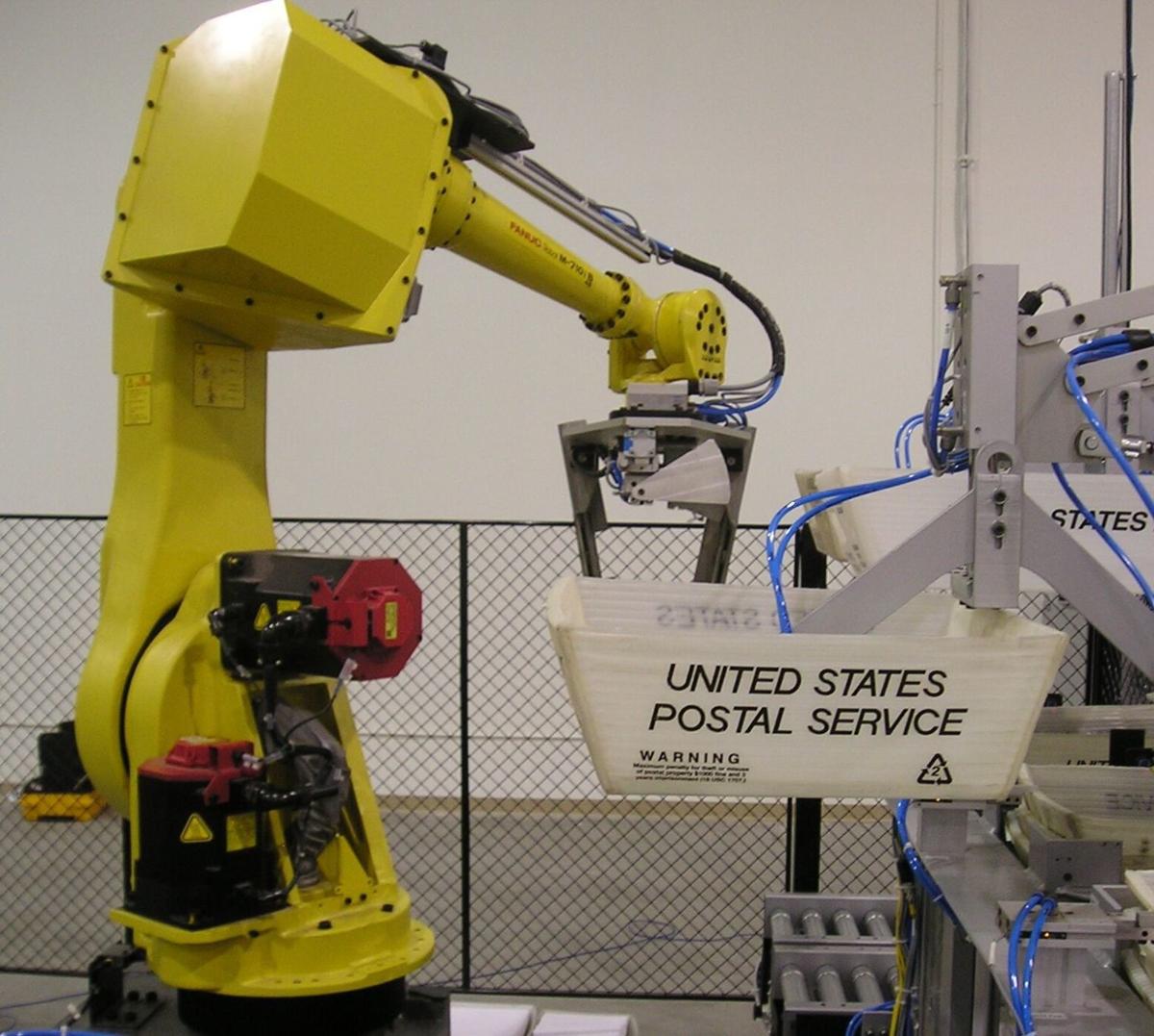 A robotic mail sorting device by CapStone Technologies is used by the United States Postal Service. 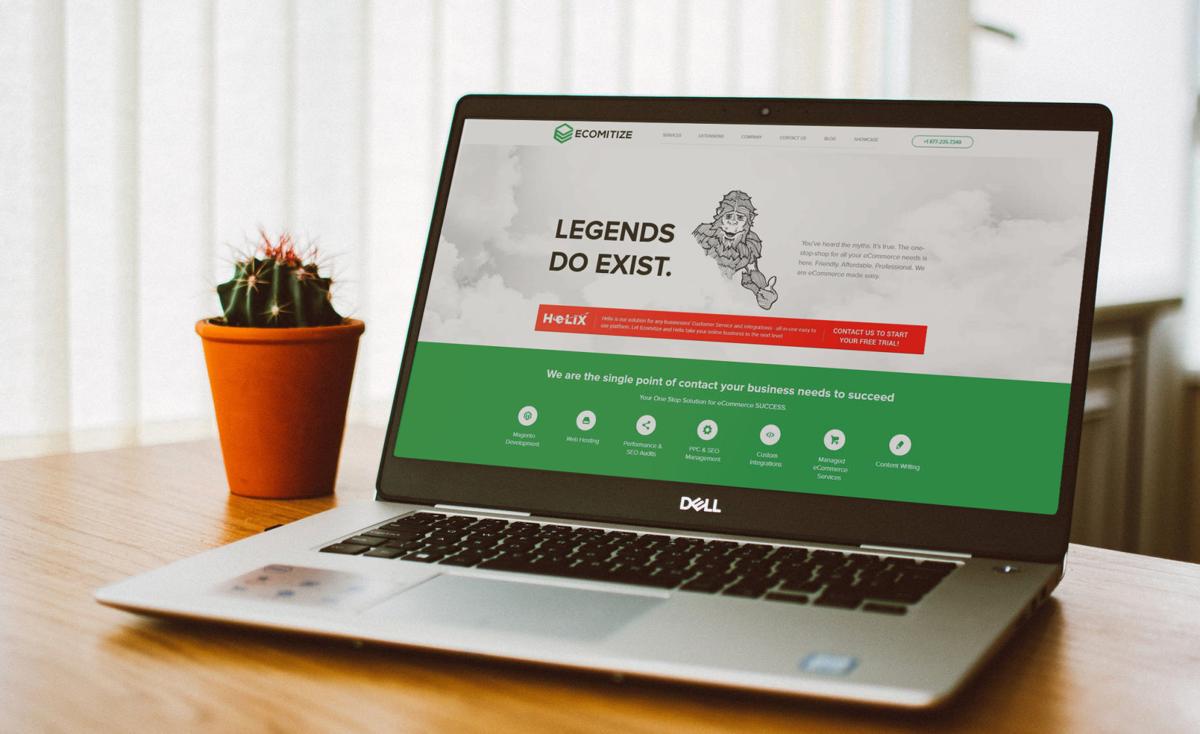 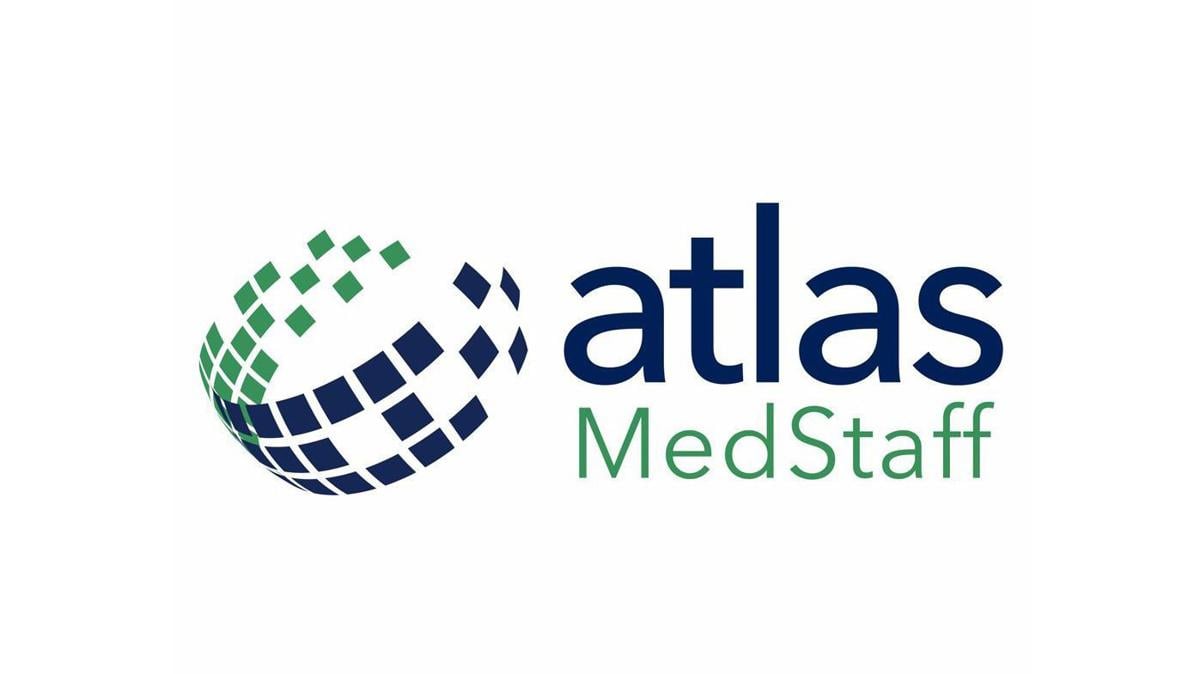 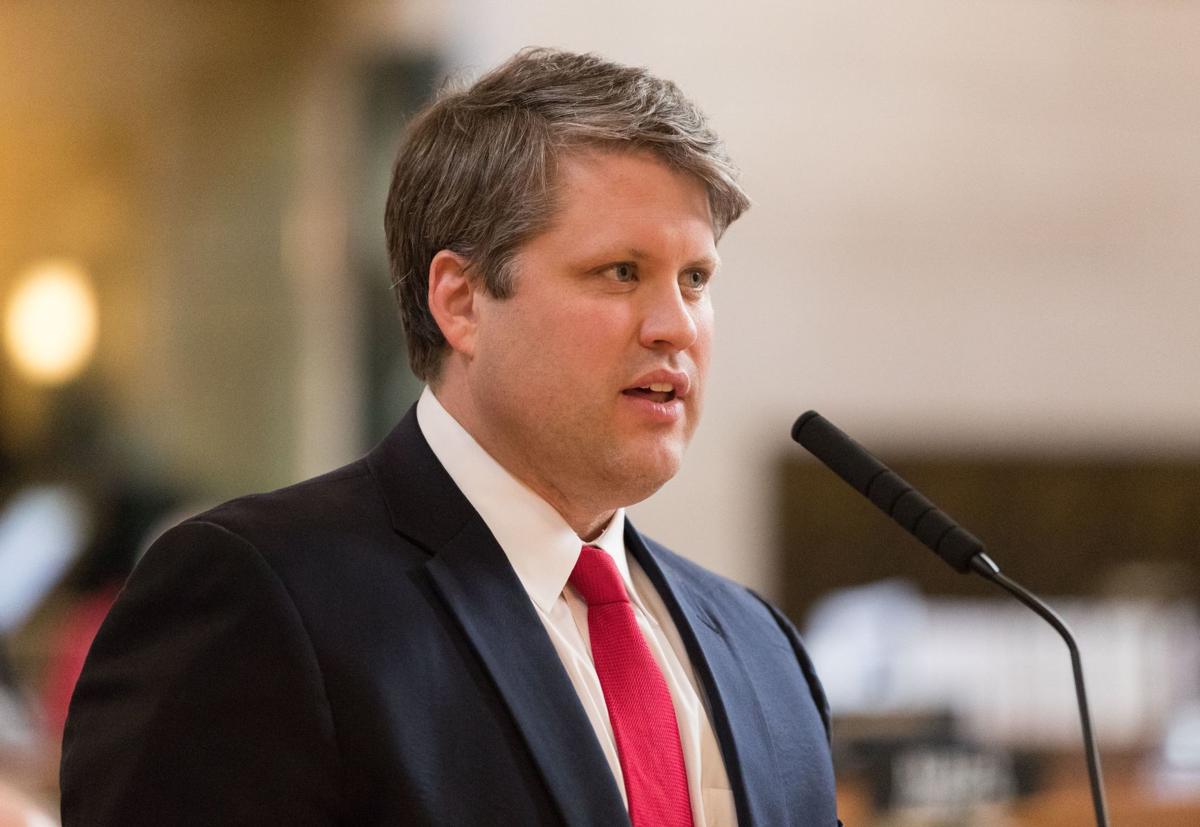 Mike Hilgers, above, a Nebraska state senator, along with partner Andrew Graben head a Lincoln law firm that works with complex commercial and intellectual property litigation for clients around the country. 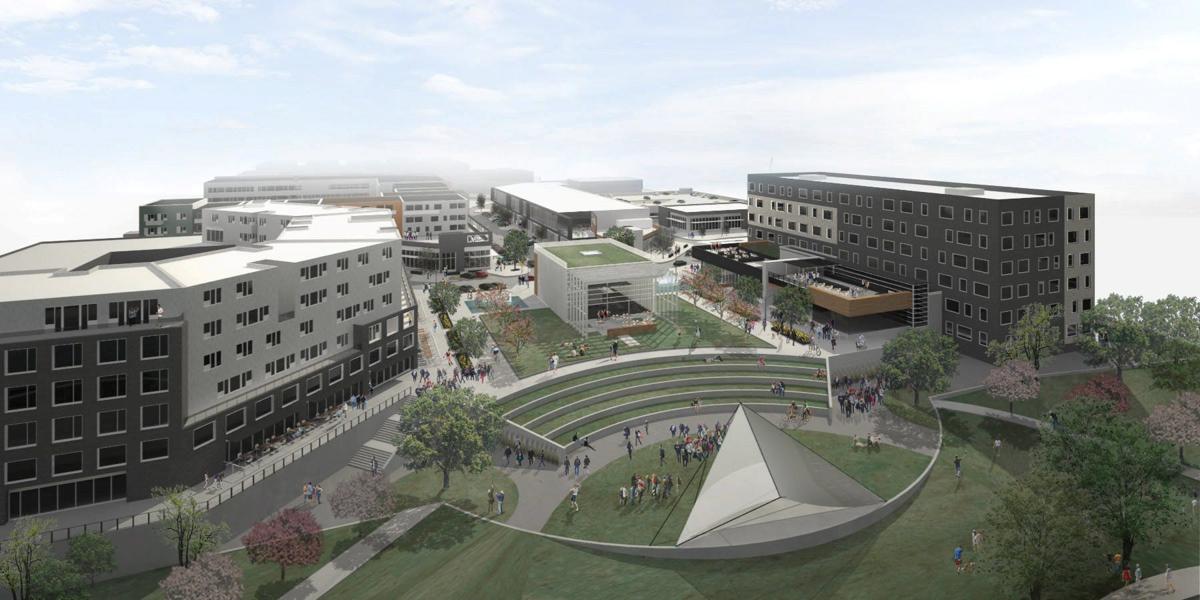 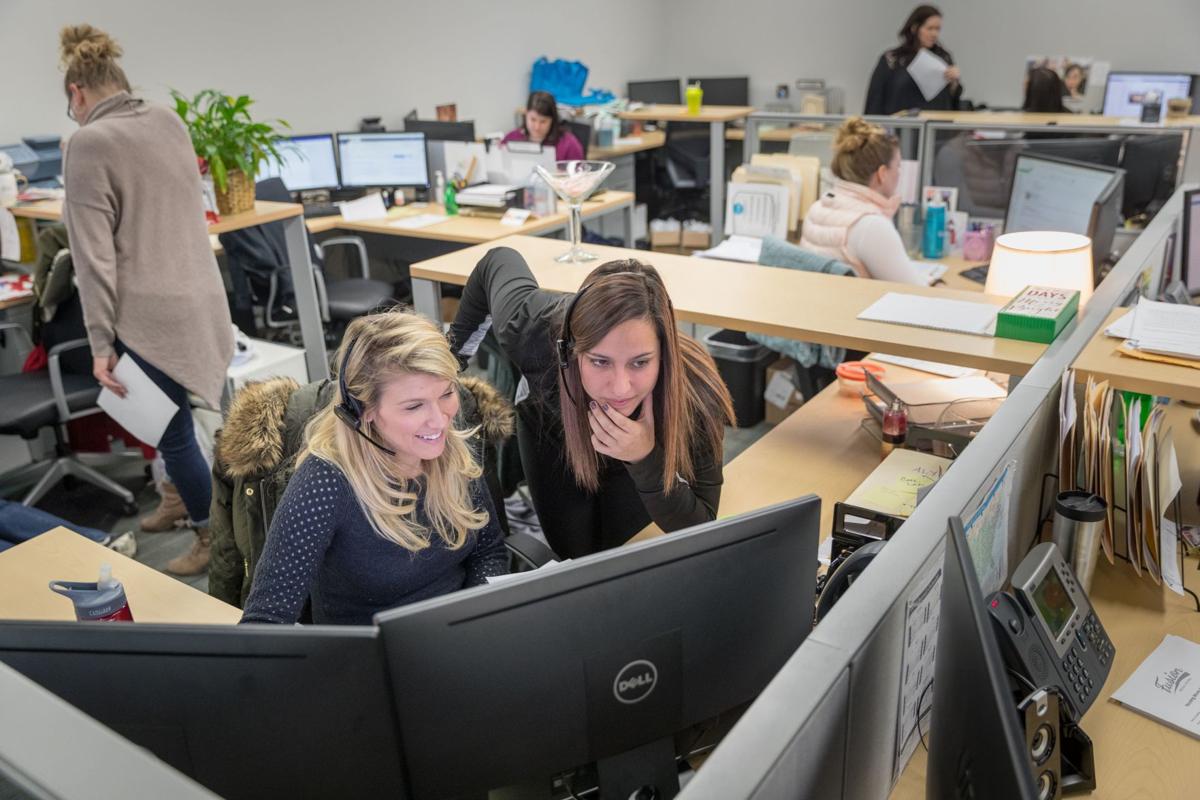 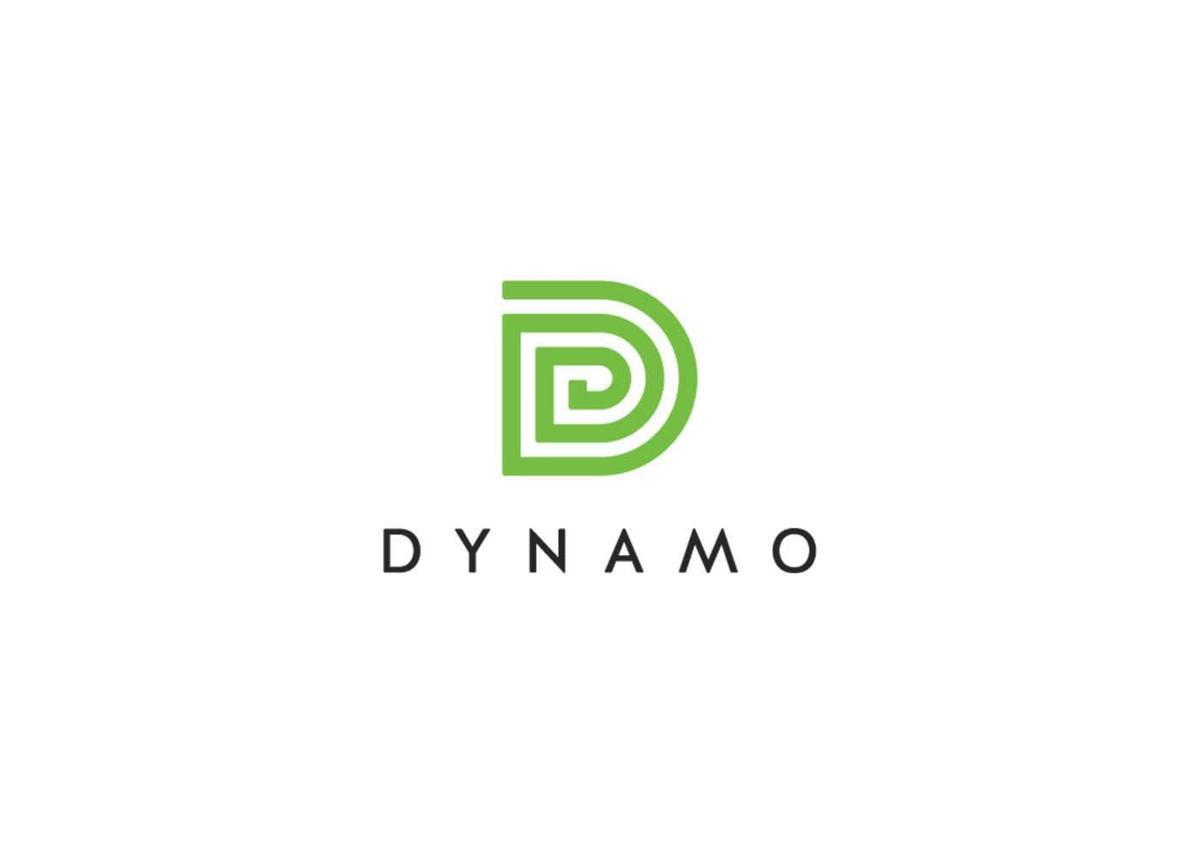 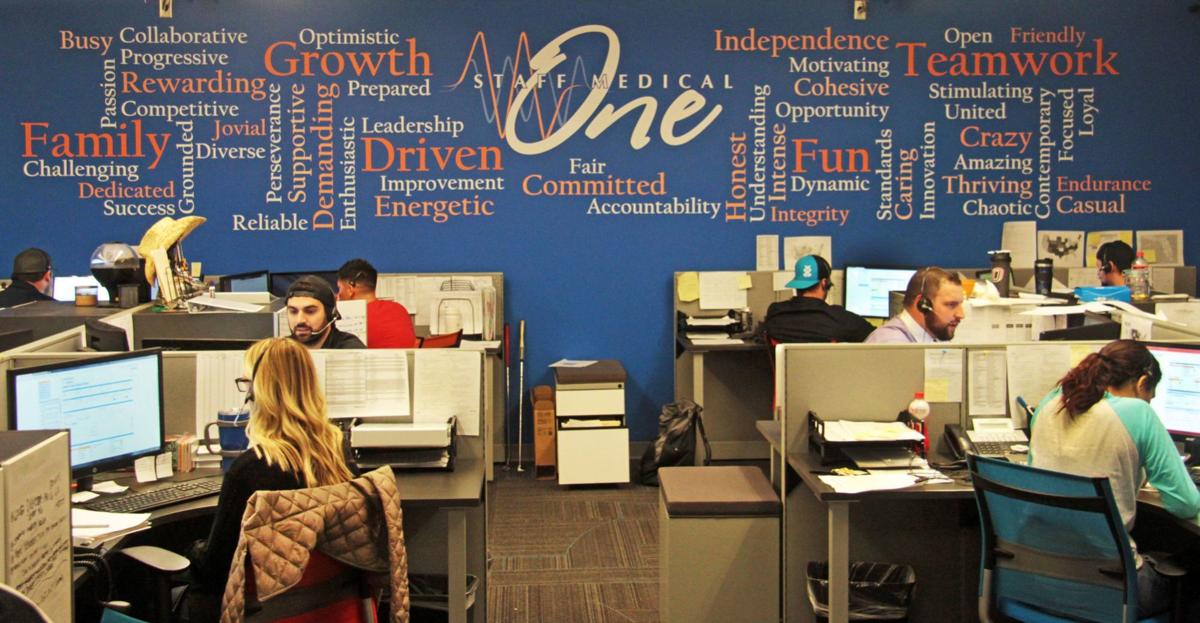 Words chosen by OneStaff Medical LLC employees to describe the company decorate a wall in the company office. The larger the word, the more often it was suggested.