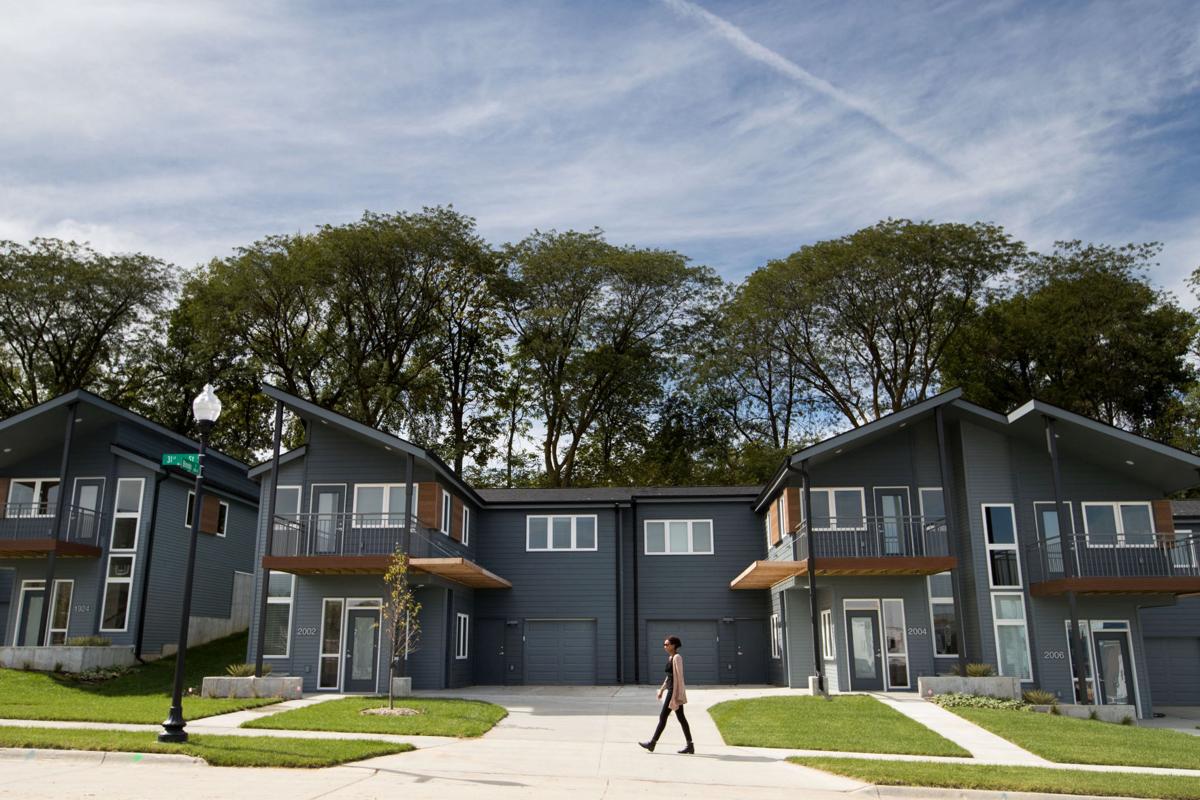 The former Pleasantview Homes have been replaced by the Highlander development. 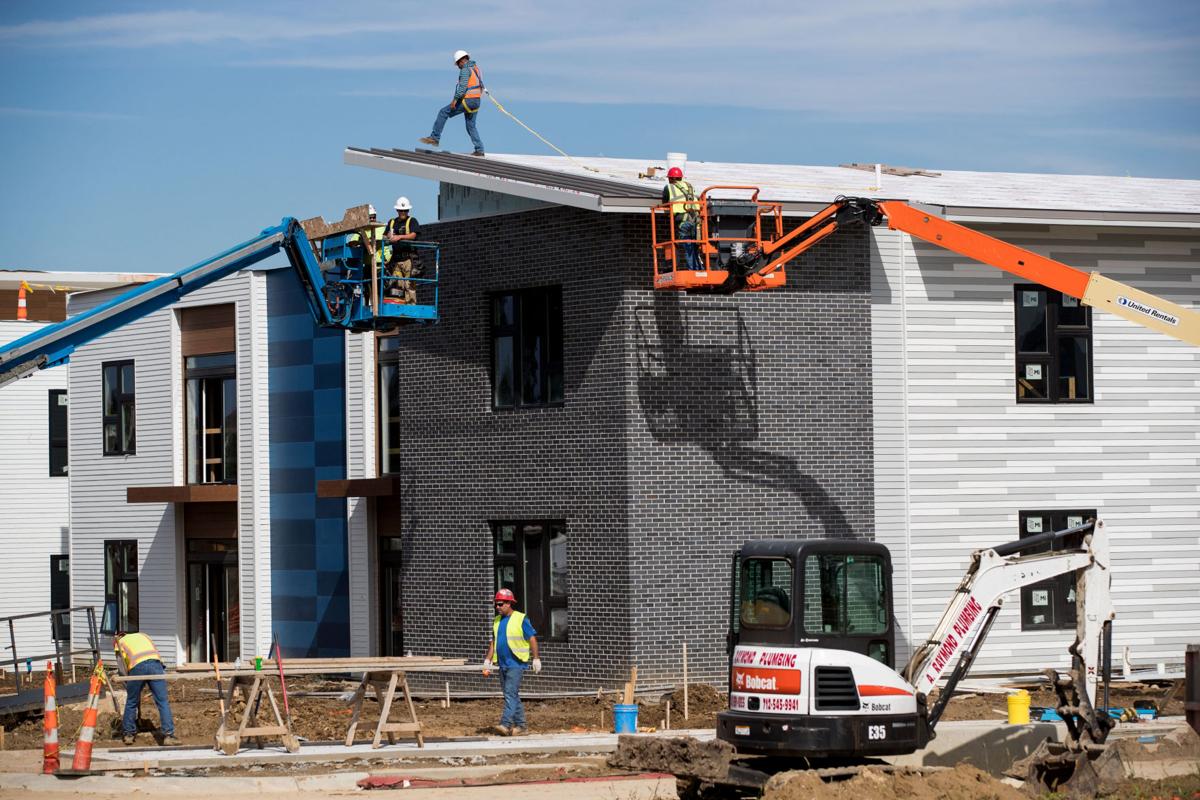 Crews work on the Rise at the Highlander complex near 30th and Parker Streets in Omaha. All 101 housing units, the food hub and community hall are planned be completed by January 2018. 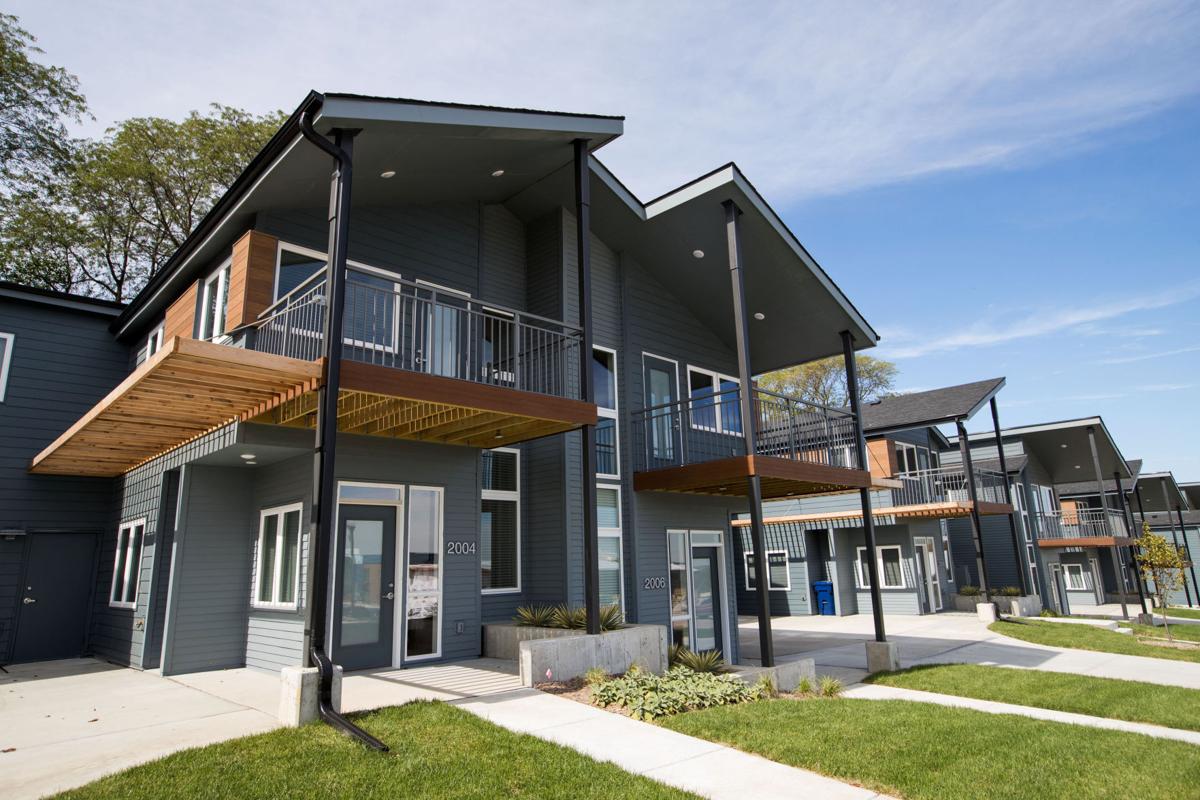 The Founders Row West apartments, part of the Highlander development. 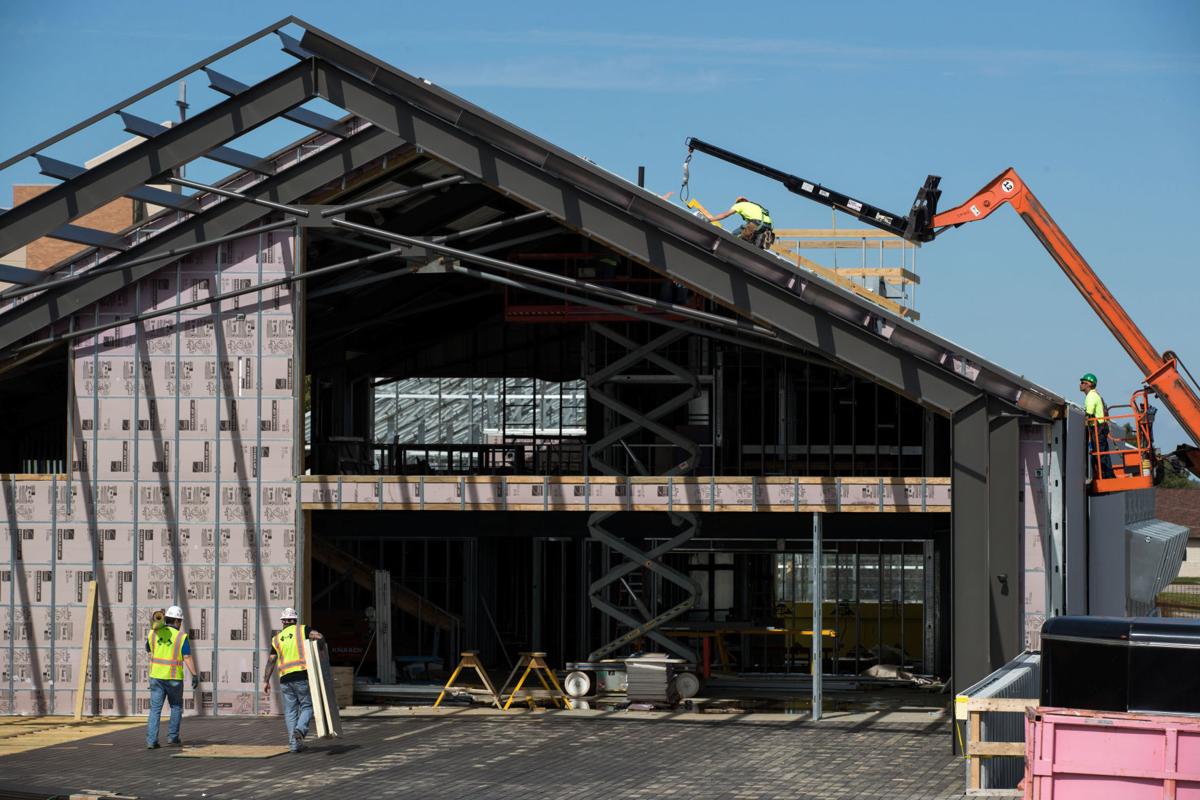 Crews work on the Accelerator building, a 65,000-square-foot commercial and community center. Seventy Five North is leading the revitalization effort. 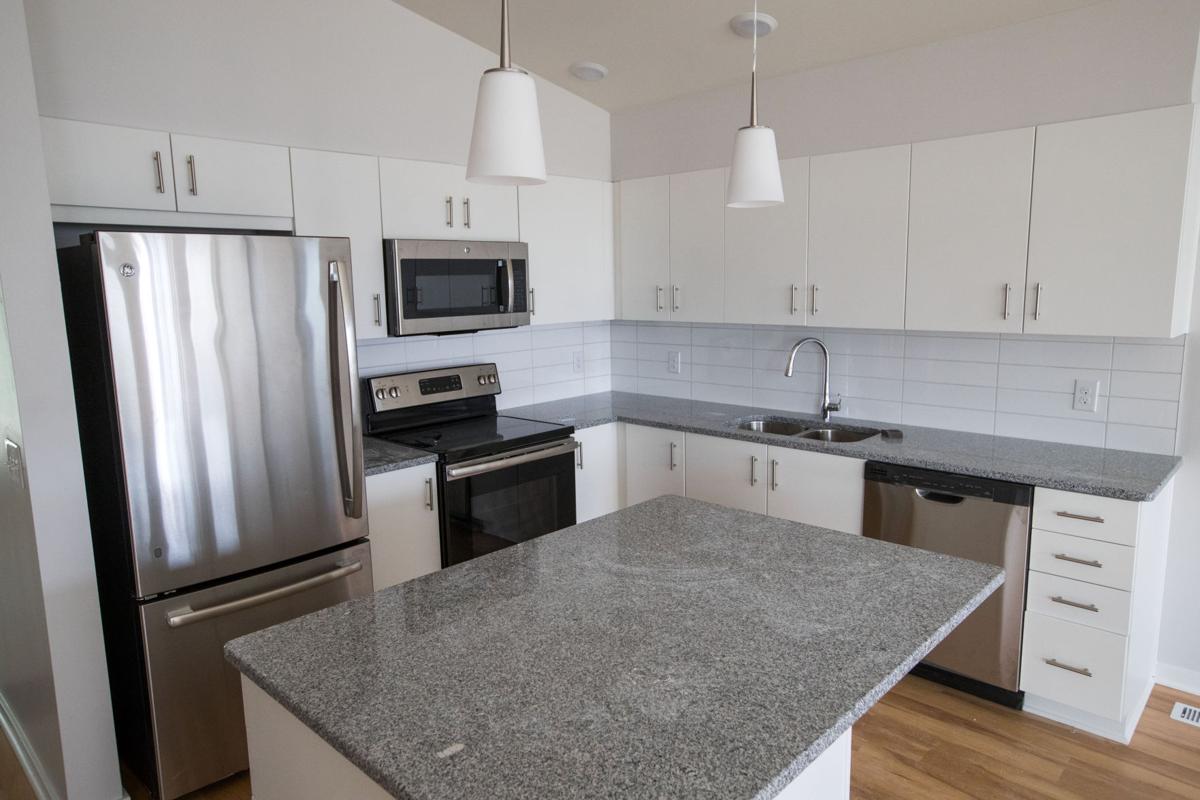 The kitchen area of a Founders Row West apartment, which is part of the Highlander development. 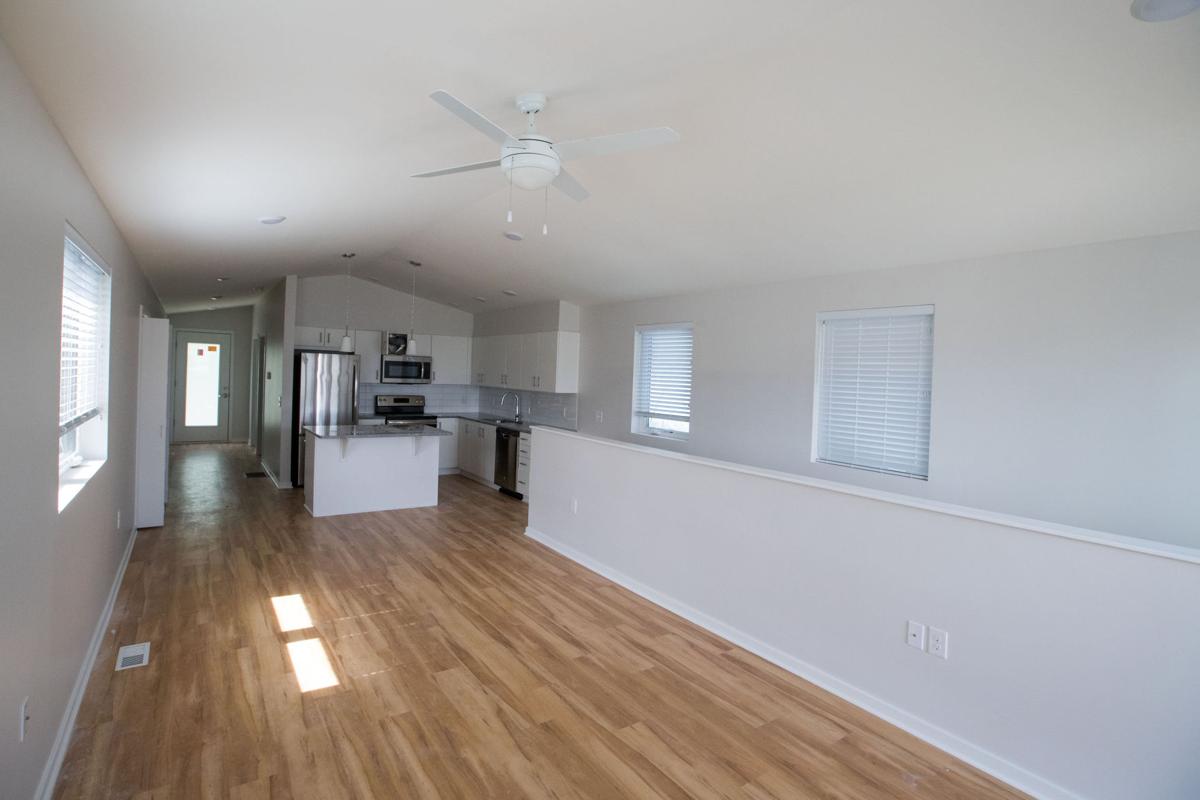 The living room and kitchen area of a Founders Row West apartment, which is part of the Highlander development.

Ten years ago, a Pleasantview Homes mom corralled her four kids indoors when gangsters she called the “Dogs” started their routine assembly outside. Sure enough, a reporter noted at the time, a gunbattle erupted — the kind of flying bullets that a few months earlier struck a kindergartner and, before that, killed another little girl.

It would be the last year for such outbreaks at the low-income housing project near 30th and Parker Streets. In 2008 the government demolished the barracks-style complex and 23 acres — once home to 182 families — sat vacant.

Reborn as the Highlander development, new and architecturally trendy rental housing is filling the site a few miles north of both downtown and midtown. A 65,000-square-foot commercial and community center called the Accelerator also is rising, next to what will be a playground, a swimming pool and a huge green space for concerts and entertainment.

Those spearheading the development say its amenities and feel are designed to rival other hip residential hubs across the city.

On Monday, hundreds of visitors in town for an anti-poverty conference to be headlined by billionaire investor Warren Buffett will get a peek at the work led by local Seventy Five North Revitalization Corp.

The president of the national group behind the conference, Purpose Built Communities, described the Highlander and related educational and health components the “best in class” for reinventing a once crime-ridden and poverty-plagued area.

Much has yet to be done, said Doug Washington, the first person to move onto the Highlander campus. So far he has neighbors in 13 homes; others will fill as the initial phase of 101 units spread among a dozen buildings wraps up by year’s end.

But when Washington looks out his two-story town house designed by Omaha’s Alley Poyner Macchietto Architects, he already sees a whole different scene from Pleasantview, where he once hung out with buddies.

He likes the rules, including no smoking on the property. A management company maintains landscaping. Washington is looking forward to the workout room and community greenhouse to grow vegetables and fruits.

Besides the Whispering Roots urban farm, the Accelerator tenants also will include an Aromas coffeehouse and a food hub with three micro kitchens, anchored by Big Mama’s Kitchen. Creighton University, Metropolitan Community College and the University of Nebraska at Omaha also will offer programs there.

Said Washington: “This whole area is gonna be popping in years to come.”

The Buffett-backed effort that carries an overarching $90 million price tag goes back to 2011 and creation of a nonprofit entity to “quarterback” the renaissance.

Seventy Five North, so named for U.S. Highway 75 that traverses north Omaha, is guided by Purpose Built Communities, which has helped turn around crime and poverty in certain neighborhoods of Atlanta and New Orleans. Currently, the group advises projects in 17 cities.

Locally, the target area spans nearly 40 acres bounded generally by Highway 75, Prospect Hill Cemetery, and Burdette and Parker Streets. Within that tract is the old Pleasantview land, purchased from the Omaha Housing Authority.

North Omaha native Othello Meadows III, president and chief executive of Seventy Five North, returned after being away for nearly 15 years, some of those running his law firm in Atlanta. He said the mission to reverse the area’s decline began with creating housing contemporary and solid enough to attract professionals and their families. Three architects were selected for diversity and to avoid a “cookie-cutter feel,” said senior project manager Cydney Franklin. They coordinate with Illinois-based Brinshore Development.

Town houses, some with three bedrooms designed for multigenerational families, line 31st Street. Underway are new apartment buildings on both sides of 30th Street. All are north of Parker Street.

That 101-unit phase, along with a 64-unit senior structure set to rise next year, will approach the same number of apartments on the old Pleasantview grounds, which critics said was so dense it bred social ills.

So, what’s the difference?

As designed, about 40 percent of the homes are to be rented at market rental prices up to $1,250; the rest are subsidized, going to people who earn under a certain percentage of the area median income.

On top of that, Seventy Five North has forged a unique partnership with nearby Howard Kennedy Elementary at 30th and Binney Streets, one of the highest-poverty and lowest-performing of the Omaha Public Schools.

Meadows calls the Kennedy partnership a key game changer in lifting a community. The new principal, with funding from Seventy Five North, spent time in Atlanta learning about the Purpose Built school model. Kennedy today has a mostly new staff and an overhaul that includes a curriculum with a heavy focus on science, technology, engineering, art and math.

Just steps from Highlander housing is the Charles Drew Health Center, a partner providing health care. Fitness and nutritional classes are to be offered on-site. “We’re trying to get ahead of health issues,” Meadows said.

To be sure, the redevelopment has challenges, not the least of which was skepticism and decades of programs also intended to combat troubles that beset north Omaha after 1960s race riots burned holes in commercial centers.

But Franklin points to an early sign of encouragement: All but a couple of Highlander’s first 101 units are leased, even before they’re ready.

Support also comes from other community advocates, including the Empowerment Network, which leaders said offered research and legwork upon which Seventy Five North was built.

Local members of CREW, or Commercial Real Estate Women, toured the Highlander site recently, and Lisa Lackovic of Endicott Clay Products said they were impressed with the contemporary architecture and quality of materials. “What a difference it will make in that part of town,” she said.

As time goes on, revitalization is expected to ripple beyond the former Pleasantview site.

A couple of miles north, Omaha real estate investor Sam Murante bought an old Bank of the West structure — banking that the 30th Street corridor will fill in commercially, buoyed by growth from anchors such as the Highlander development on the south and Metro’s campus on the north.

It took about two years, Murante said, to secure a tenant for his 7,000-square-foot structure at 30th Street and Ames Avenue. Scooter’s Coffee is transforming a third of the building now. But Murante believes outsider fear eventually will dissipate, and more businesses will come. He intends to build a for-lease retail structure on excess land adjacent to the bank.

Murante likened 30th to South 24th Street some 30 years ago. He said he urged his uncle to buy the old Philips Department Store, and that many thought it was crazy because the area had been in decline. Today the structure is fully occupied.

“Some people might not see it now, but they will,” Murante said, “just like they did in South Omaha.”

Seventy Five North sees hope. Indeed, it has been busy buying lots, houses and parcels outside of the old Pleasantview, but mostly in the broader, nearly 40-acre area. The idea, Meadows said, was to grab the properties as “a pre-emptive strike — before you end up paying for value that you created.”

He added: “We want to protect against speculation and any kind of gentrification.”

The team figured that once the Highlander campus takes off, more people will want to settle in the area. Seventy Five North’s goal is to start building 50 to 70 single family for-sale homes in 2018.

“If you want great stability and help people build wealth, a good way to do that is homeownership,” Meadows said.

Washington, 58, is a north Omaha native who jumped at the chance to return, given the right circumstances and housing. The former chef was living in northwest Omaha, but volunteering at Love’s Jazz & Arts Center on North 24th Street and attending classes at Metro’s Fort Omaha campus. His parents live about six blocks from 31st and Parker.

“I was running back and forth down Sorensen (Parkway) five times a day,” he said. “It got old.”

He saw renderings of the new Highlander, made a phone call and, in mid-May, became the first resident there. He said he had known the people on both sides of him before they became neighbors.

Washington pays market rate rent and said he is accustomed to economic diversity. He said rules and management should help avert problems of the old Pleasantview, and he looks forward to seeing its replacement fill up.

“Hopefully growth will continue north, and down 30th and 24th, to complement what we have here.”

Visions of hope as ground broken for Highlander development

Under gray skies Friday, the 75 North Revitalization Corp. and its supporters envisioned a brighter future for a north Omaha neighborhood as they broke ground for the Highlander development.

Starting next fall, the school’s participation in the 75 North project will usher in a host of changes, including Tony Gunter as the new principal and a curriculum with a heavy focus on science, technology, engineering, art and math, not to mention the possibility of staff and teacher turnover.

North Omaha entrepreneurs are fulfilling their dreams on their home turf

The Greater Omaha Chamber of Commerce in 2007 initiated a north Omaha redevelopment study, one that faced skepticism given a long line of previous failed efforts going back decades.

Some day, Omaha’s Seventy Five North redevelopment project may be a model that will overcome skeptics’ doubts about converting “oceans of despair” into chances for a decent life, Warren Buffett said Tuesday of the project on the city’s north side.

Kiewit Corp. is moving its headquarters to north downtown Omaha

The headquarters will be built near to the company’s current Kiewit University on the corner of 14th and Mike Fahey Streets.

The former Pleasantview Homes have been replaced by the Highlander development.

Crews work on the Rise at the Highlander complex near 30th and Parker Streets in Omaha. All 101 housing units, the food hub and community hall are planned be completed by January 2018.

The Founders Row West apartments, part of the Highlander development.

Crews work on the Accelerator building, a 65,000-square-foot commercial and community center. Seventy Five North is leading the revitalization effort.

The kitchen area of a Founders Row West apartment, which is part of the Highlander development.

The living room and kitchen area of a Founders Row West apartment, which is part of the Highlander development. 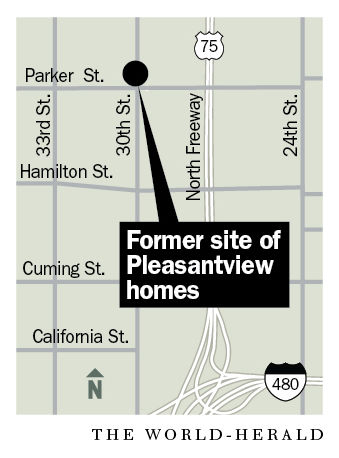 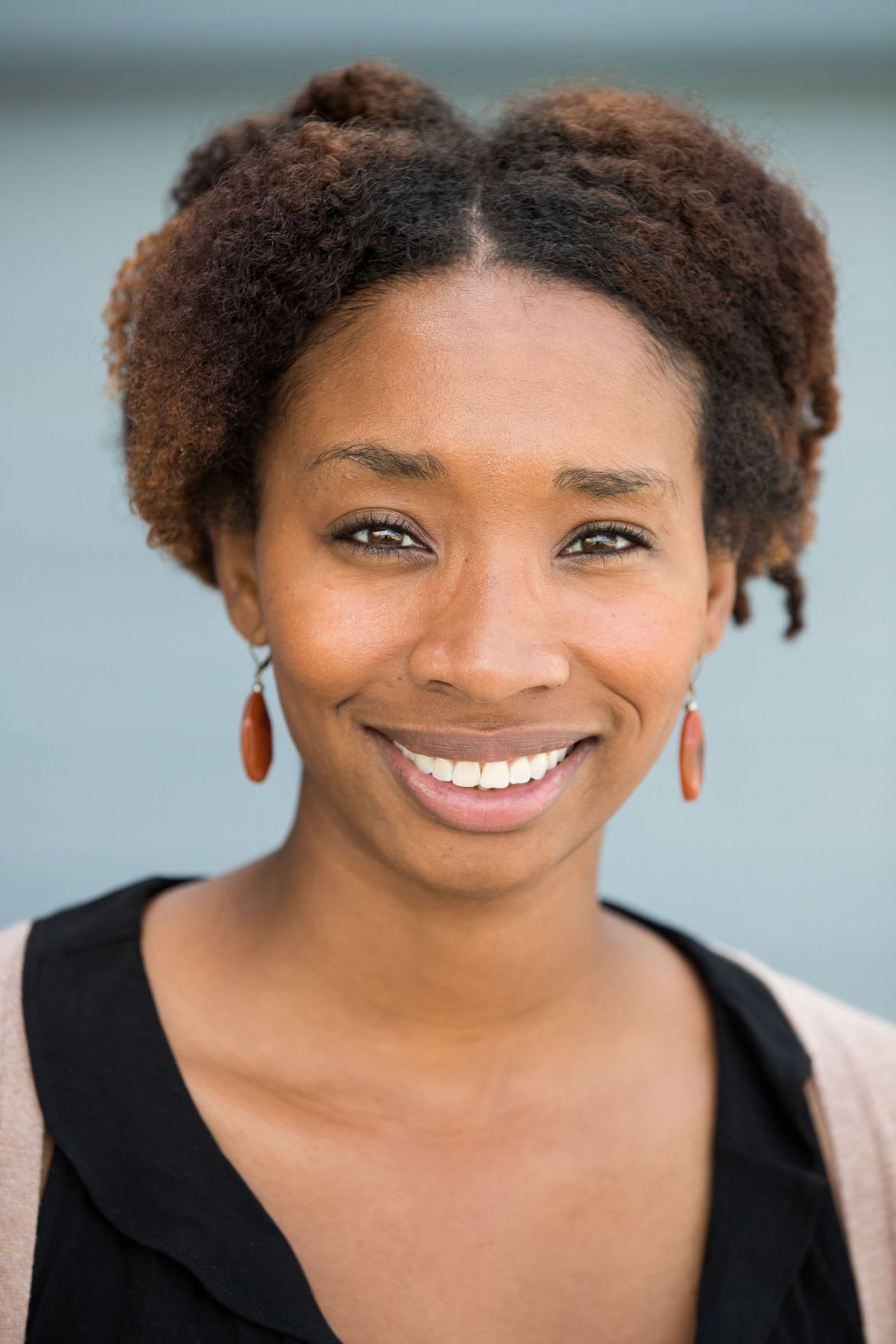