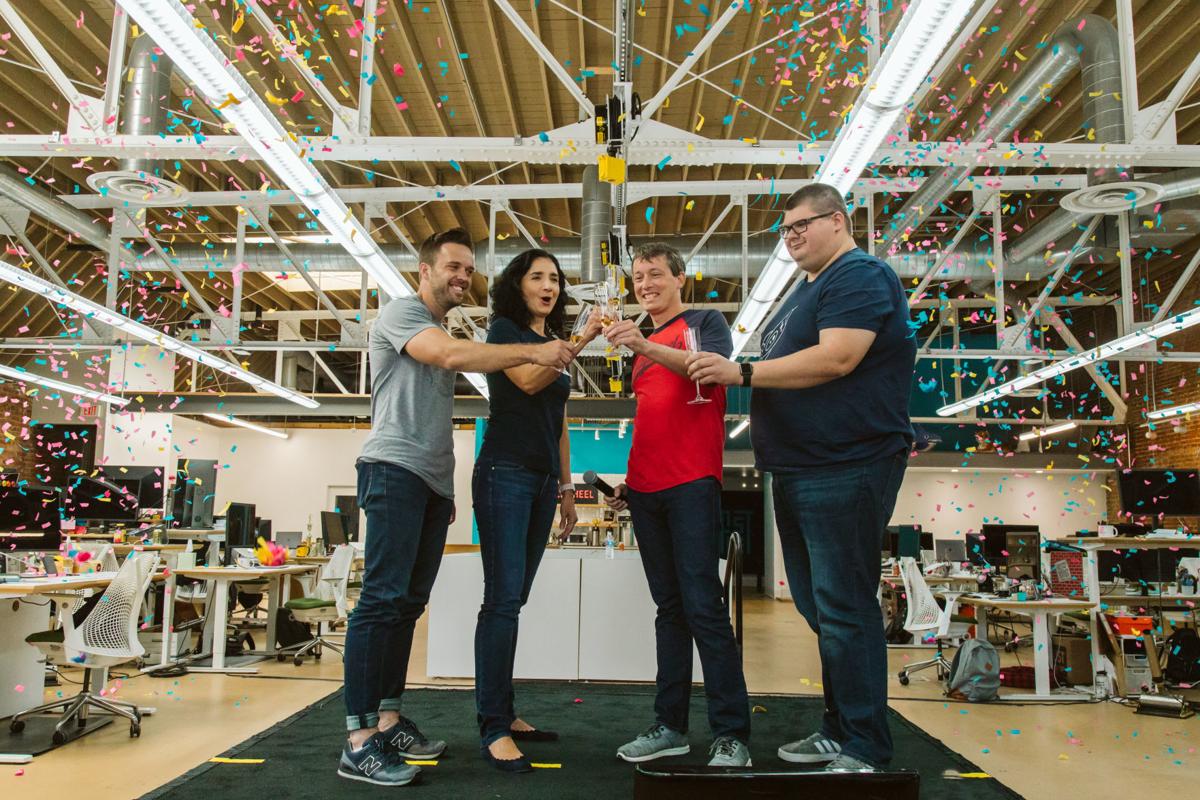 From left, Rick Knudtson of Flywheel, Heather Brunner of WP Engine and Dusty Davidson and Tony Noecker of Flywheel celebrate the merging of the two companies on Monday. 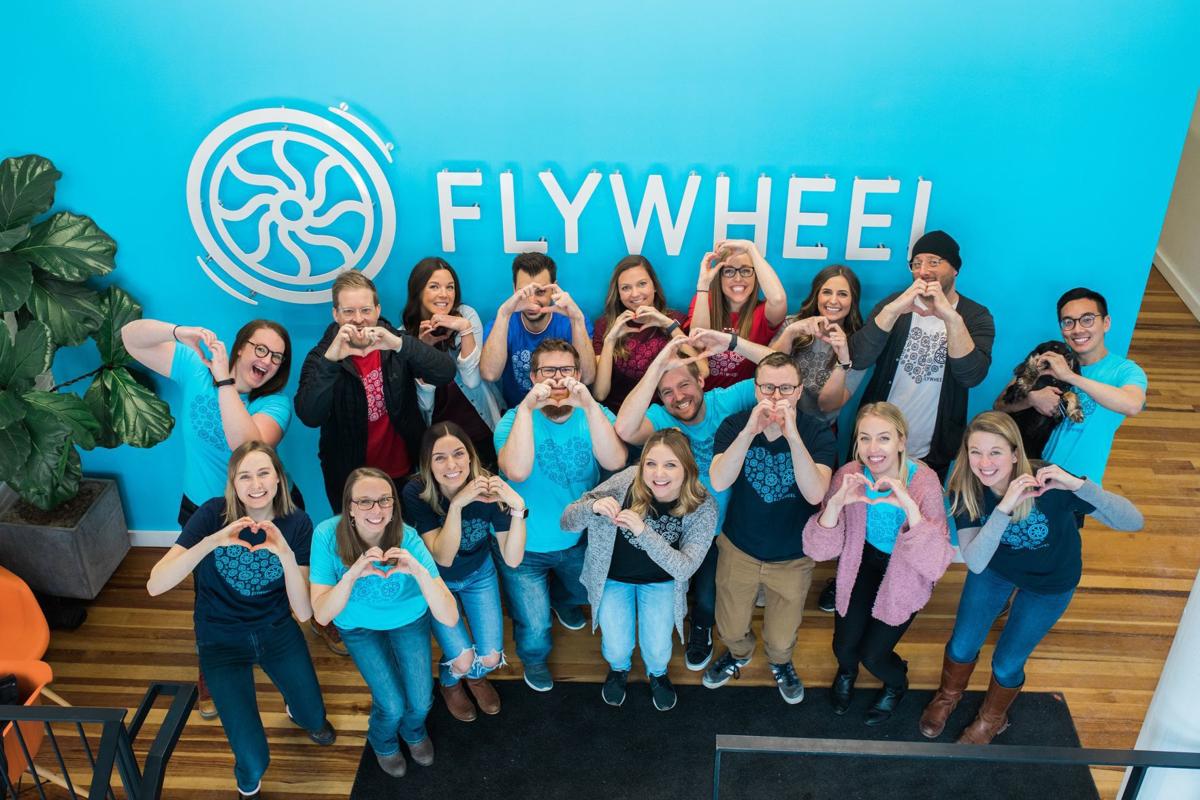 The sale of Omaha’s fast-growing Flywheel to a bigger competitor should only boost the tech company’s previously announced plans for expansion in its hometown.

That’s according to both Flywheel co-founder Dusty Davidson and Heather Brunner, chief executive of Austin-based WP Engine — the entity buying Flywheel for an amount neither would disclose.

Interviewed Monday after Flywheel’s workforce was told about the acquisition, Davidson said he viewed the deal as a plus for Omaha and an opportunity for the WordPress hosting and management startup that he, Tony Noecker and Rick Knudtson launched in 2012.

“It’s a super exciting next chapter,” Davidson said. “My partners and I remain committed to the original mission. The goal is the combined companies are able to grow more quickly together than separately.”

Brunner, who was in Omaha for the announcement, said WP Engine, founded in 2010, has been on an “incredible growth trajectory,” as has Flywheel.

She said the two companies had been competing against each other in some ways, yet shared a respect and admiration for what she described as similar work cultures and products.

She said that while WP Engine focuses on midmarket and larger companies such as Uber and Marriott, Flywheel’s specialty was helping freelance and smaller agencies expand their business on WordPress.

WordPress is a free, open-source content management system often associated with blogging but also involving other web content. It powers 34% of all websites globally, Brunner said. As even more brands adopt it, there’s more demand for an easier experience.

Bringing Flywheel into the WP Engine fold seemed natural, Brunner said, describing it as the largest acquisition in the WordPress industry.

Together, the companies will now power more than 120,000 brands and agencies in 150 countries (that’s about 95,000 customers from WP Engine and 28,000 from Flywheel). Almost 900 total employees are in seven offices globally.

He said WP Engine reached out to Flywheel, and their respective leaders started talking seriously in May.

Just last October, Flywheel announced that it would be the first tenant of a $300 million redevelopment project in north downtown.

Davidson said that plan to consolidate local workers under one Flywheel roof won’t be abandoned. Indeed, he and Brunner said, the sale to WP Engine should allow the local workforce to grow from its current 200 or so workers at the Millwork Commons redevelopment site.

“This only accelerates our (growth) plan,” Davidson said.

Brunner said: “If anything, we want to keep amplifying what’s already working here and find ways to make it even better.”

The Ashton warehouse is now being rehabilitated as the new headquarters for the Flywheel workers. The Ashton is one of the first pieces of the larger Millwork Commons effort, which aims to create a district that attracts other tech businesses.

Davidson said the combined resources and expertise of WP Engine and Flywheel should improve the overall Omaha operation.

Brunner said Davidson will remain the leader of the Flywheel office and will become a part of the executive team that reports to her.

“For the foreseeable future, it’s business as usual,” she said of the local operation.

The Flywheel name appears to be up in the air. Brunner said that while the Flywheel identity has “tremendous value,” leadership teams next month will begin evaluating growth strategies that include marketing and branding options.

Davidson and Brunner said they were heartened at the Flywheel workforce’s cheers and standing ovation at Monday’s announcement. Davidson said the workers appeared excited about the future.

He considers the sale to be an encouraging sign to other local entrepreneurs. “The idea that a company like ours can start and over the course of six years have a meaningful and high-profile exit is rewarding for us and the community.”

Over 200 photos from The World-Herald archives

Up next are apartments. In the future: offices, retail, townhomes, likely a hotel, a park and entertainment area with restaurants and a musical performance space.

CEO is proud that company offers 12 weeks of maternity and paternity leave.

'We have a workforce crisis': Nebraska leaders sounding alarm about unfilled jobs

Companies say they increasingly are creating jobs outside the state because they can't find enough skilled workers. "We've lost well over a thousand jobs in the last couple of years," one business leader says.

Is retail ready to bloom in north downtown? People are 'reinvigorated on the area'

At the moment, a new vintage home décor store called Prairies in Bloom is rather lonely at 17th and Cuming Streets.

Hansen: Omaha startup has grown sales by more than 1,445 percent in 3 years. What's its secret?

Five years ago, Flywheel, a company that sells products and services to web designers had three employees. Now, fueled by millions of dollars in outside investment, the number of employees is nearing 200.

Scott Keogh was in Omaha on Monday for the grand opening of Baxter Auto Group's new Volkswagen dealership at 17220 Burt St.

'This is a tech hub': Omaha, Lincoln to launch ad campaign aimed at luring workers from four cities

As part of its five-year strategic plan, the Omaha chamber has set a goal of getting 10,000 new tech workers into the local market.

The tarps encasing the bridge serve a practical purpose — catching lead paint chips and dust while the bridge is being rehabbed.

D3 Technology, an Omaha company that specializes in digital banking software, has been acquired by Atlanta-based NCR Corp., a technology firm that does business in 180 countries.

Armed with a fresh CEO and more innovations in the pipeline, Valmont is set to begin its next chapter on a 6-acre piece of the Heartwood redevelopment, which some foresee as the new downtown of west Omaha.

Leahy Mall artwork to get new home in north downtown

Redevelopers involved in north downtown's  Millwork Commons district are looking for a new home for the art in the once-bustling industrial district that's also being re-purposed — in its case, as a home for tech and creative businesses.

Milestone Development’s $3.6 million Courtyard on Park Townhomes project stands out on that re-energized stretch between about Harney Street to Woolworth Avenue in that it’s new construction targeting homeowners rather than renters.

Grace: What did three women do with $10k and tech? Do Space event features new projects

Just under 1 in 4 tech workers in Omaha is a woman. Tech stats in general for women are pretty dismal.

The two companies said this would be the largest acquisition of a health care staffing company in the industry's history.

From left, Rick Knudtson of Flywheel, Heather Brunner of WP Engine and Dusty Davidson and Tony Noecker of Flywheel celebrate the merging of the two companies on Monday. 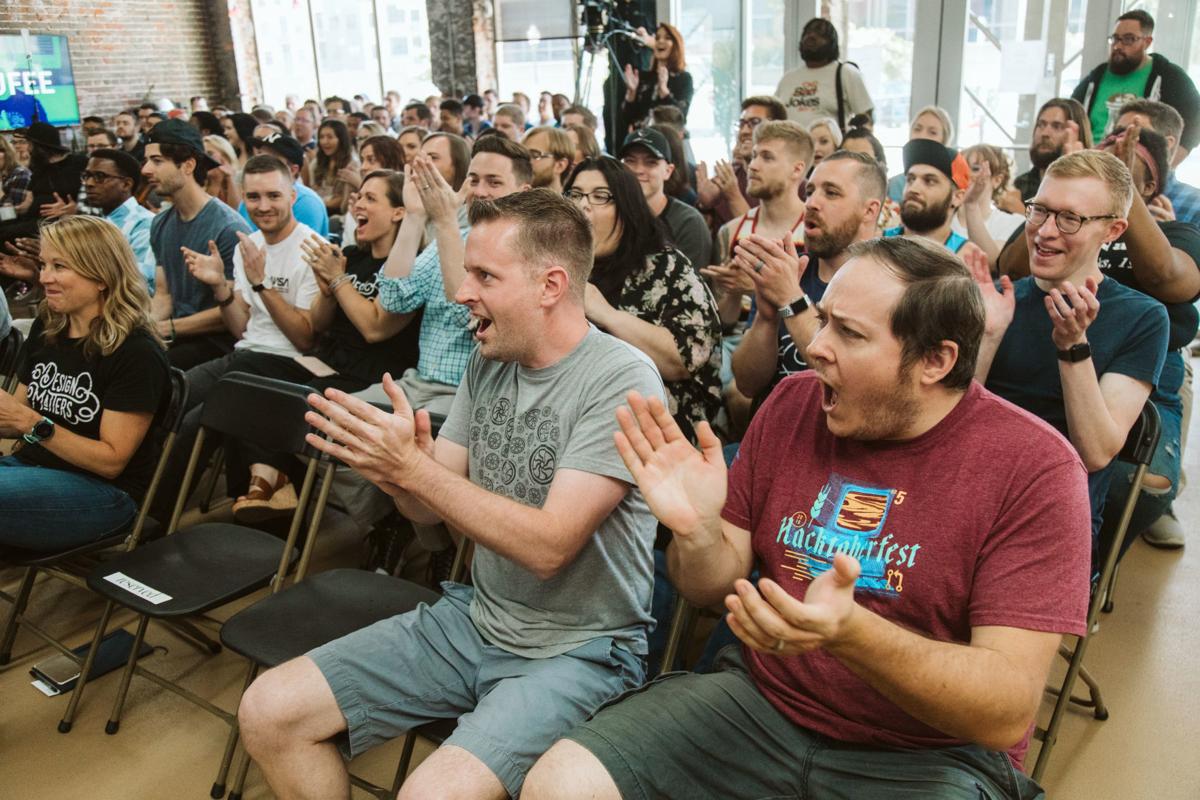 Flywheel employees in Omaha cheered the sale announcement on Monday, which leaders of both companies said was heartening. 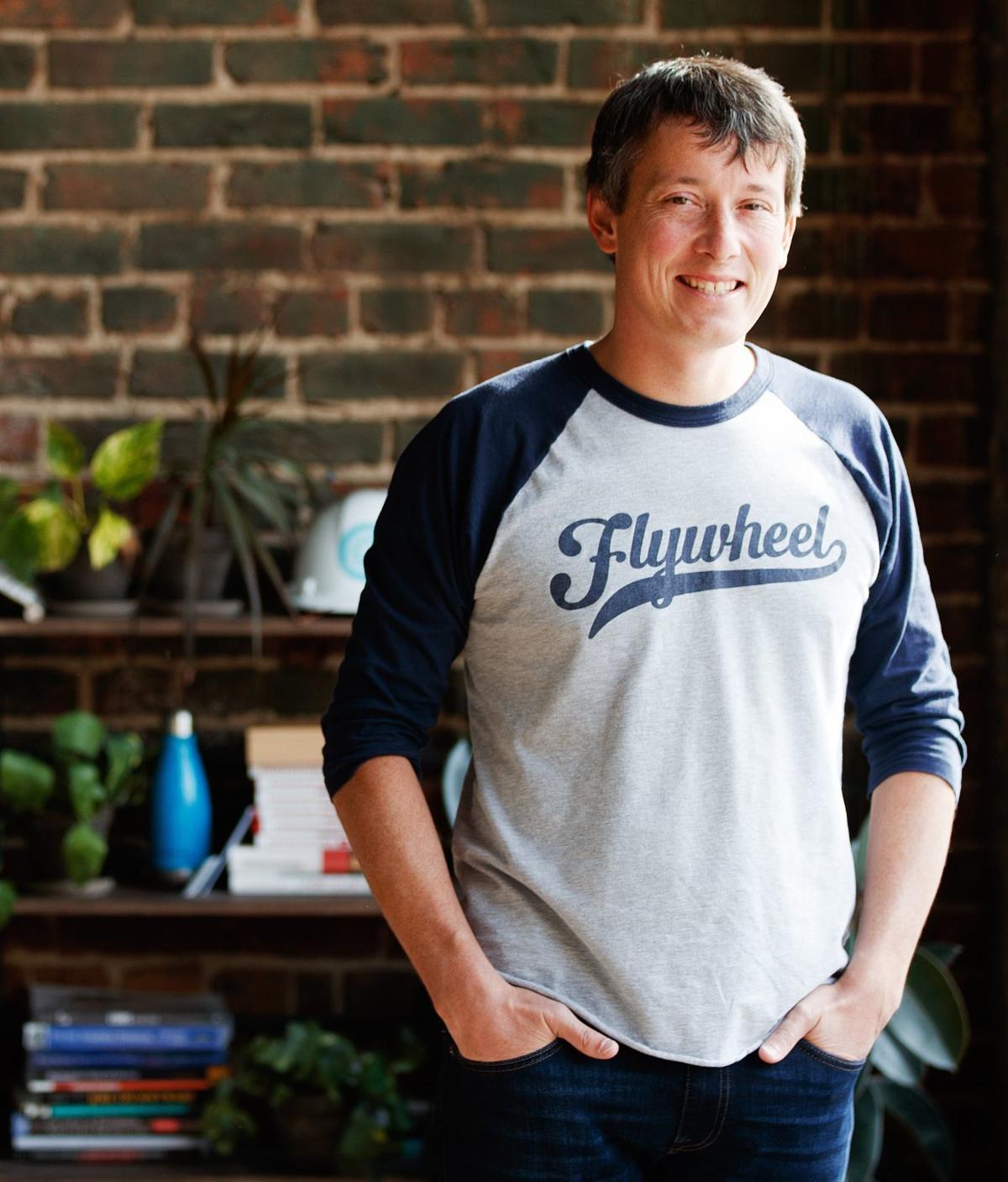