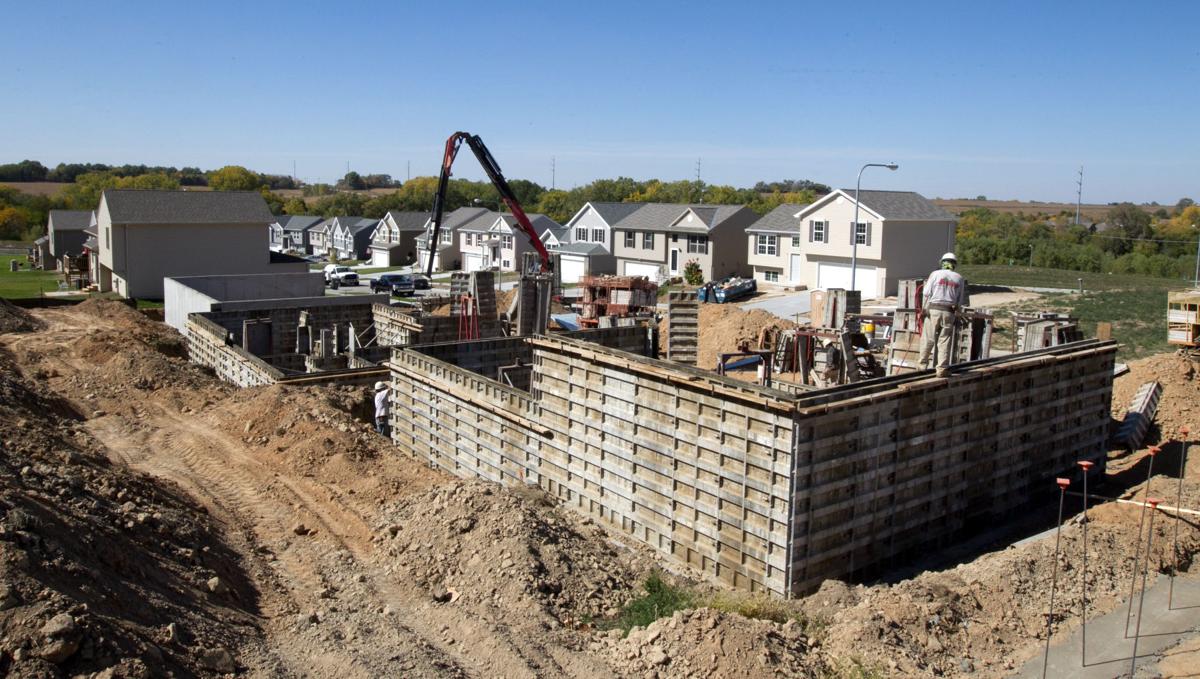 New foundations are poured in the subdivision. At the Arbor Gate subdivision, south of 194th and Q Streets, Celebrity Homes, one of Omaha’s busiest and high-profile homebuilders, has launched a new series of houses targeting young people and first-time homebuyers. The residences that start at $129,000 are part of the New Beginnings series. 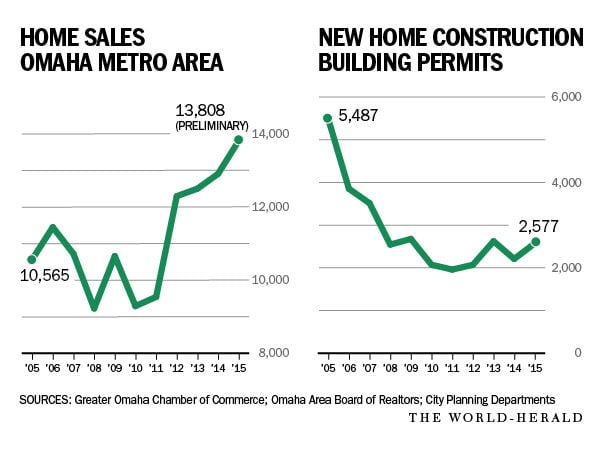 Homes sales in the Omaha area have continued a five-year climb from the depths of the Great Recession. Last year’s tally reached an apparent all-time high.

For that record-breaking run — and also for a bright outlook for the rest of 2016 — local real estate experts tip their hats to growing demand from the millennial crowd and to rising rents that have nudged more people toward homeownership.

They say also that the metro’s unprecedented low availability of for-sale homes has stoked competition for spiffy and well-priced properties.

And a national housing-trend tracker adds that Omaha’s own Oracle has had a hand in bumping up national and local home sales.

RealtyTrac’s Daren Blomquist recalled Warren Buffett’s proclamation in 2012 that the best investment might very well be buying distressed single-family houses. The famous investor and Berkshire Hathaway boss at the time said that if he had a way of managing them, he’d “load up” on houses at low interest rates and expect a substantial profit when the market rebounded.

“A handful of companies nationally really took that business model and ran with it,” Blomquist told The World-Herald.

His latest analysis of the Omaha-Council Bluffs market likewise revealed that “institutional investors” contributed to the rising number of homes sold locally in the past few years.

Here’s a deeper look at how the metro’s housing industry has fared:

» The number of homes sold last year went up 7 percent compared with 2014. Closings in 2015 were up 49 percent over 2010, and 31 percent over 2005. Those Omaha Area Board of Realtors figures include both existing and newly constructed homes.

» Unlike Omaha, national home sales have yet to surpass the number recorded 10 years ago, RealtyTrac says. Blomquist said sales across the U.S. were down nearly 23 percent in 2015 compared with 2005.

» For new home construction, the number of building permits issued last year was up nearly 17 percent compared with 2014, according to the Greater Omaha Chamber of Commerce, which tracks the seven-county region. While permits were up over five years ago, the 2015 count was less than half of that issued in 2005, the height of a home-building frenzy that precipitated the national housing collapse.

“A lot of markets nationwide have not fully pulled themselves out of the housing market pit that occurred during the Great Recession, but Omaha has,” Blomquist said.

He and local housing officials say Omaha did not overinflate home prices like many of its bigger city counterparts a decade ago, and therefore did not suffer as hard a fall.

“This abundance of opportunities, coupled with home values that are both low relative to national norms and appreciating quickly, will help make Omaha an attractive place to live for young professionals and families this year,” Gudell said.

While Omaha Area Board of Realtors historical records are incomplete, current president Andy Alloway said he can’t recall another year when area home sales surpassed the 13,000 mark, as they did in 2015.

With consumer confidence improving and more millennials — those born after 1980 — on their career track, Alloway, owner of Nebraska Realty, said that he predicts a similar if not better pace the rest of this year.

Gary Carpenter of CBSHome Real Estate points to a home he and his wife, Linda, helped sell — swiftly — in the Candlewood subdivision. Within a few hours of listing the property, they got nearly 20 calls for showings. The home sold after the sellers received three offers for more than what they had asked.

It helped, said Carpenter, that the home was in great shape, in a popular neighborhood and priced to sell. He described the market as “fast-moving” and fueled by the relatively scant number of homes for sale. Today the inventory is about 16 percent less than a year ago, and about half that of 2010.

“When the supply is low, the demand increases,” Carpenter said. “You get a lot of people interested and writing offers.”

The Carpenters are seeking to beef up inventory and their own client list by cold-calling other Candlewood residents to ask if they’d be interested in putting their property up for sale.

Area builders have said that low inventory of existing homes has prompted many families to turn to new construction.

Douglas County ended 2015 in double-digit building permit growth compared with 2014, according to Tim Underwood of MarketGraphics of Nebraska, which monitors regional housing and construction activity. Sarpy County permits were down about 4 percent, he said.

Underwood foresees “slow and steady progress” in 2016, despite headwinds that include high labor and material costs. He said Omaha has managed to avoid a return to the irrational buildup of newly constructed residences that preceded the housing collapse.

Mike Riedmann, who heads residential sales for NP Dodge Real Estate, said brighter employment prospects and more flexible lending standards are driving millennials from their folks’ basements into their own houses. “That will bring a big wave of first-time homebuyers this year,” Riedmann said.

With apartment rents rising, homeownership has become a more affordable option for many, he and others say. Zumper’s most recent report showed Omaha’s average rent for a one-bedroom apartment rising 9.4 percent over the past year, compared with Tucson, Arizona’s 1.8 percent growth; San Antonio’s 3.9 percent; Kansas City’s 5.8 percent; and Colorado Springs’ 8.6 percent.

Scott Vogt, president of CBSHome, said he expects the continued threat of higher mortgage rates to also rattle more on-the-fence buyers into taking the homeownership plunge. “Now is the time to buy.”

Looking ahead, Vince Leisey, the owner of Berkshire Hathaway HomeServices Ambassador Real Estate, can’t fathom another record-breaking year only because at some point, he said, the sales pace should stabilize. But he chuckled, noting that he’s said that a time or two already about the local housing market.

“It continues to amaze me,” he said.

New foundations are poured in the subdivision. At the Arbor Gate subdivision, south of 194th and Q Streets, Celebrity Homes, one of Omaha’s busiest and high-profile homebuilders, has launched a new series of houses targeting young people and first-time homebuyers. The residences that start at $129,000 are part of the New Beginnings series.