Subscribe
Read Today's E-Edition
Share This
On the day of our last afternoon edition, we recall the glory days of the decades-ago ‘green sheet,’ or Wall Street Edition
0 Comments
Share this
1 of 2 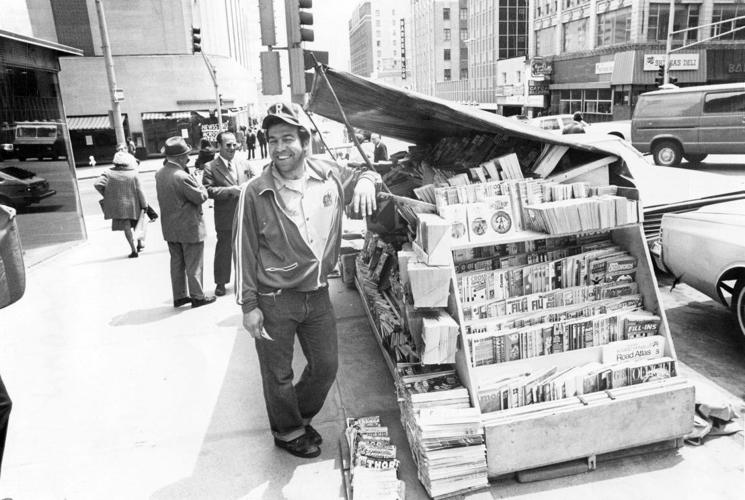 This 16th and Farnam Streets newsstand was operated by John Radicia, above, and his brother, Joe, and before them by their father, Joe Sr. The family ran the corner stand from 1908 to 1996, selling newspapers, magazines and other publications. 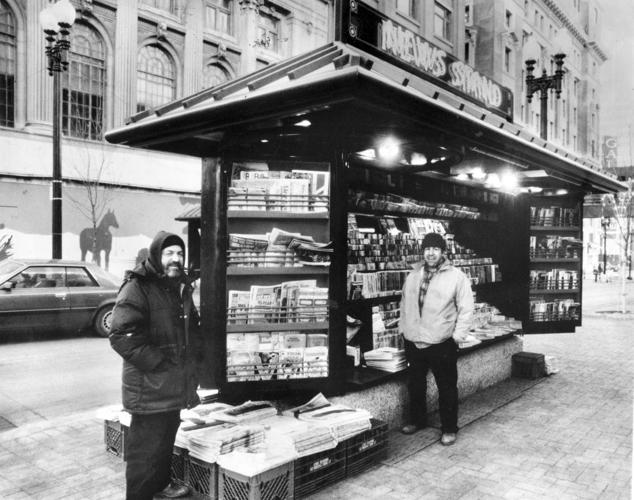 Known as the “green sheet” or, briefly in its final years, as the Green Streak, the newspaper’s late-afternoon Wall Street Edition carried daily closing stock market prices and commentary for investors in the days when they weren’t wired electronically into the market’s ups and downs.

For more than 35 years the front page of the Wall Street Edition was tinted green — the color of money, of course — and copies were sold from street boxes, drugstores and other single-copy venues downtown and in midtown.

Omaha investment guru Warren Buffett remembers his father, Howard, a stockbroker before being elected to Congress, bringing home the green sheet 75 years ago.

“Afternoon major league baseball was still standard then, so I got to gorge on both baseball and stock market facts,” said Buffett, now 85.

“When I started selling securities in 1951 and was based in the Omaha National Bank building, I would get the green sheet and read it on the streetcar going home,” Buffett said. “When I started officing first at the house and then at Kiewit Plaza, someone in the family would pick the paper up at Cris Drug.”

The market information inside the green sheet was required reading for avid investors like Buffett and brokers such as John Valdrighi.

From the Lamson Brothers brokerage in the Orpheum Theater building, Valdrighi would walk down 16th Street to a newsstand to buy the green sheet and, on  the days when his wife had the  family car, catch the bus to his midtown home.

When he had the car, he would stop at Cris Drug, 5000 Dodge St., for his green sheet copy. “There was really no other place to look up quotes,” Valdrighi said.

Live, comprehensive market information was not widely circulated before the Internet.

Some brokers’ offices had ticker tapes that spit out trading data. Some had chalkboards where clerks would update prices for investors who sat and watched — the equivalent of modern-day traders.

The Merrill Lynch office in Omaha had a “clackerboard,” a wall display with numbers on small tiles that would flip over when a price changed. In the early 1960s, electronic machines called Quotrons appeared.

But the average investor relied on the daily newspaper for prices, and in Omaha the day’s closing prices were widely available first in the Wall Street Edition of The World-Herald, half a day before the next morning’s edition.

For Valdrighi, the green sheet edition was especially valuable because his clients would sometimes call him at home and place trading orders.

“They’d want to know what the prices were and what had happened during the day,” he said. “They’d say, ‘If General Motors is within 50 cents of that closing, go ahead and buy some for me.’ ”

From the Associated Press’ stock market story, Valdrighi could relay why prices were up or down and what the outlook might be, along with some specific company information. That bit of knowledge relayed by the green sheet was important for him and his clients.

The green sheet began at least as early as 1940 and may have been printed much earlier. The World-Herald started listing stock market prices in 1921, telling its readers that it was the first newspaper between Chicago and San Francisco and “north of the Mason-Dixon Line” with a daily market report.

That meant Midlands readers tuned in to the investment world eight years before the stock market crash of 1929.

The green-tinted Wall Street Edition ended on April 3, 1973, when the newspaper switched to a “Green Streak” edition with a bright green stripe down the right side of the front page.

The reason for the change was that the newspaper was using more color photos on the front page, so regular white paper was a must.

Paul Crocker, who retired in 2012 as maintenance supervisor in the World-Herald’s production department, said the newspaper’s old press had a “fountain” that held a green liquid with a copper tube that reached down as the front page sped by.

“You would bend that copper tube into the right place,” he said, so a valve would open and apply a stripe of green ink to each copy.

Press operator Lloyd Burke, also retired, said the green liquid was a dye, not ink. The green sheet copies had used rolls of paper dyed green by the paper mill, he said.

At one time, Burke said, the press printed about 5,000 copies of the Wall Street Edition, sending them out soon after the market closed weekday afternoons.

But the afternoon “Green Streak” was short-lived.

In 1974 the New York Stock Exchange extended its trading hours late enough that the newspaper didn’t have enough time to put together a separate afternoon Wall Street Edition, print it and switch over to the morning edition production.

But The World-Herald created a new Wall Street Edition from the newspaper’s first morning edition, known informally as the “bulldog.”

The bulldog was published for the far western parts of Nebraska. To accommodate the investment-minded readers in Omaha, copies of the morning bulldog were marked with the Wall Street Edition label and carried to about 30 street boxes, drugstores and other locations, from downtown to as far west as a pancake restaurant at 84th and Dodge Streets.

For decades afterward, the regular afternoon edition carried a listing of noon stock prices, leaving the New York Stock Exchange closing prices for the morning paper, along with other financial tables.

But eventually the morning Wall Street Edition disappeared, too. The expansion of investment options through mutual funds made printing of complete daily prices impossible.

And the Internet made prices widely available at the touch of a computer key or smartphone swipe.

Omaha stockbroker Valdrighi, 76, worked through that information transition. He retired at age 62 but missed the relationships and came back, retiring again at age 73. By then, investors didn’t have to buy a newspaper at a drugstore to look over the day’s prices and didn’t have to call Valdrighi’s home to place orders.

“I loved the business,” he said. “It was fun. But it was a different time.”

Stocks not lost in World-Herald coverage

Of course, the days are long gone when stockbrokers and other market types would head to the corner to get their afternoon paper full of late stock prices. But The World-Herald still offers up-to-the-minute information on stocks, bonds, mutual funds and other investments on its website at omaha.com/money. There, you can track your own portfolio and keep abreast of the markets 24-7.

Starting Monday, all World-Herald subscribers will get their newspaper in the morning. Today’s afternoon paper is not only the last of its kind in Omaha, but it also apparently represents the end of a major U.S. daily having both morning and afternoon editions.

The World-Herald’s morning carriers added 28,000 new customers to their routes as the newspaper launched a new era as a morning-only publication Monday.

Here are some money traps and how to avoid them

This 16th and Farnam Streets newsstand was operated by John Radicia, above, and his brother, Joe, and before them by their father, Joe Sr. The family ran the corner stand from 1908 to 1996, selling newspapers, magazines and other publications. 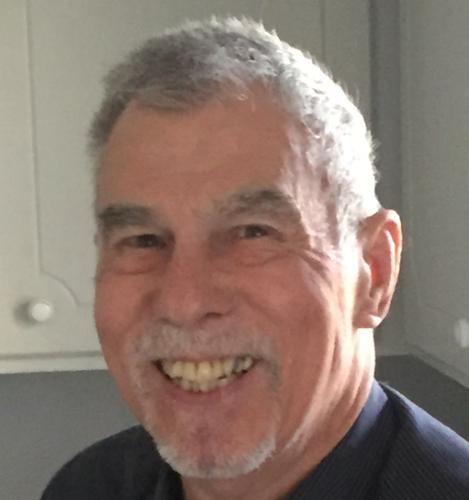