Growing up as the youngest member of his family, Clark Lauritzen learned early on how to make up for what he lacked in years.

At 40, he’s now among the youngest heads of a U.S. financial institution with more than $10 billion in assets.

Lauritzen was a sophomore at Princeton University in 1997 when he decided against a career in politics and determined he would chart a path back to the family business in Omaha.

That path took him from Princeton to the prestigious Harvard Business School in Boston, then to investment banking gigs with Goldman Sachs in New York City and Chicago before returning to Omaha.

It culminated Friday with the retirement of First National veteran Dan O’Neill, the bank’s now-former president and chairman, whose 36 years with the Lauritzen bank is a story all its own.

Clark Lauritzen is officially the sixth generation of his family to helm the $19 billion institution. It’s the largest Nebraska-based bank and the largest privately held bank in the country.

The former captain of Omaha Central High School’s debate team said it took just a couple of years being away from his stomping grounds of Omaha to realize that his future lay in banking, not politics. And so he began translating his business school case studies and Goldman experiences to the bank back home.

“Every case I read I thought ‘What if this happened at First National? What would I do?’ I don’t think everyone in business school knows where they’re going to work after that, and I had that benefit,” he said.

His father, First National of Nebraska Chairman Bruce Lauritzen, said neither he nor his late wife, Kimball, pressured their youngest child to make any choices one way or the other. But they were nonetheless “thrilled” when they learned Clark would eventually make his way back home.

“I think as parents you always hope that your children will live close enough to you to maintain good contact, and then you’re always hoping for grandchildren,” Bruce Lauritzen said.

Clark Lauritzen’s older sisters, Margaret Lauritzen Dodge and Blair Lauritzen Gogel, eventually settled in Omaha and Kansas City, respectively. In having all three children close to or at home, the elder Lauritzen said, “We’ve been blessed.”

The family connections go back a long way. Clark is actually short for Clarkson, after ancestor Robert Clarkson, the first Episcopal bishop in the region, who died in 1884 and for whom Clarkson Hospital was named.

Upon his permanent return to Omaha in 2003, Clark found a renewed city.

In his eight-year absence not only had the CenturyLink Center sprouted on the riverfront but the Old Market also had become a more vibrant entertainment district, and First National had erected its 40-story tower at 16th and Dodge Streets.

Omaha, he said, was a “much more dynamic place” than the one he left to attend college.

Opportunity in the family business, however, did exist. And so began the youngest Lauritzen’s career here.

O’Neill, while sorting out his office recently, found a vestige of the younger Lauritzen’s first days back: a business card bedecked with the title “management trainee.”

O’Neill is a Council Bluffs native hired by Bruce Lauritzen’s father, John Lauritzen. He said he’s grown close to his successor over the 14 years they worked together, and especially over the past eight that he’s been at the bank’s top post.

Major milestones during O’Neill’s tenure as president included a merger of First National’s bank charters in Nebraska cities such as North Platte, Fremont and Columbus; nearly doubling of bank assets from $9.7 billion to about $19 billion; and recovering from the financial crisis of 2008.

“It was hard to tell a group of people that they were no longer part of the bank,” O’Neill said. But he recalls the backing of the Lauritzen family, including Clark, during difficult times.

“He’s been a great supporter of me,” O’Neill said. “I’m so thankful someone from the family is interested and capable of taking it on.”

It began on a bone-chilling February morning in 1981 at the home of John Lauritzen, where a then-27-year-old O’Neill interviewed for a job reviewing soured farm loans for Lauritzen Corp., the parent company of the bank holding company.

“He lived in a nice big house at 66th and Underwood, and I had this rusted-out Pontiac LeMans,” said O’Neill, then a bank examiner with the Federal Deposit Insurance Corp.

He remembers trying to park far away from the front door so the LeMans would be out of view, but his anxiety was quelled at the sight of Lauritzen greeting him in flannel and khakis.

He got the job, and so began the at-times “frightening” process of finding ways to help struggling farmers stay in business during the throes of the 1980s farm crisis while recovering assets for the bank.

O’Neill met most farmers at their kitchen tables to hash out plans for the bank to take possession of portions of livestock herds or acreages, but some met him first — with shotguns.

“There were a lot of physical confrontations,” he said. “Unlike padlocking the hardware store, you’re talking about someone losing something that their grandfathers homesteaded on, so there were guns and violence involved.”

The bank and rural economy persevered, and O’Neill rose through the ranks. He remembers a “huge party” at the Red Lion Inn, next door to the bank’s old headquarters, to mark the bank hitting the $1 billion in asset mark.

How far has First National come?

“I used to see everybody in one building,” O’Neill said. “Now we’re in seven states.”

Patrick Duffy, president and managing partner of private equity firm McCarthy Capital and a member of First National’s board of directors, said the bank stands out among other banks in the city: “There are very few institutions as integrated into our local economy as First National.”

“Clark has a wonderful combination of integrity, energy, humility and judgment,” Duffy said. “Together with his family’s ownership in the bank and deep local roots, these attributes provide ideal alignment with the bank’s customers, regulators and employees.”

The successor to it all says he looks forward to maintaining those ties. He’s spending this weekend cleaning out his office and moving just a few paces down the hall to O’Neill’s former digs — but that won’t take long.

Clark Lauritzen keeps a tidy workspace, taking a cue from his grandfather who, in 1947, was said to be the nation’s youngest bank executive at 29 years of age.

“My grandfather used to say ‘Always keep your desk neat, because someone could always walk by your office, and if it’s not clean, they’ll say ‘Who’s running this bank?’ ” he said.

He’ll also take a cue from when his father, Bruce, ascended to the same position 30 years ago at age 43. That’s when the then-11-year-old arguably began a crash course that set him up for this year’s change.

Bruce’s new role at the time bestowed new responsibilities, including entertaining bank guests and clients at the family home. There, especially, Clark Lauritzen learned to leverage his distinction as the youngest of the family to his advantage.

“I always felt comfortable in situations where I was younger than everyone in the room,” Clark Lauritzen said. “My sisters are six and eight years older than me.

“So even at a young age at the dinner table, I was so much younger that to be a productive member of the conversation I had to learn to listen better. I had to find a way to listen better and be able to contribute. ... The best leaders, in my opinion, listen well.”

Getting ahead of taxes in retirement accounts

Five frugal rules to live by

Five frugal rules to live by

First National Bank of Omaha on Monday announced it has made $834,000 in grant awards to nearly 50 organizations across the bank’s footprint in Nebraska, Colorado, Illinois, Kansas and South Dakota. 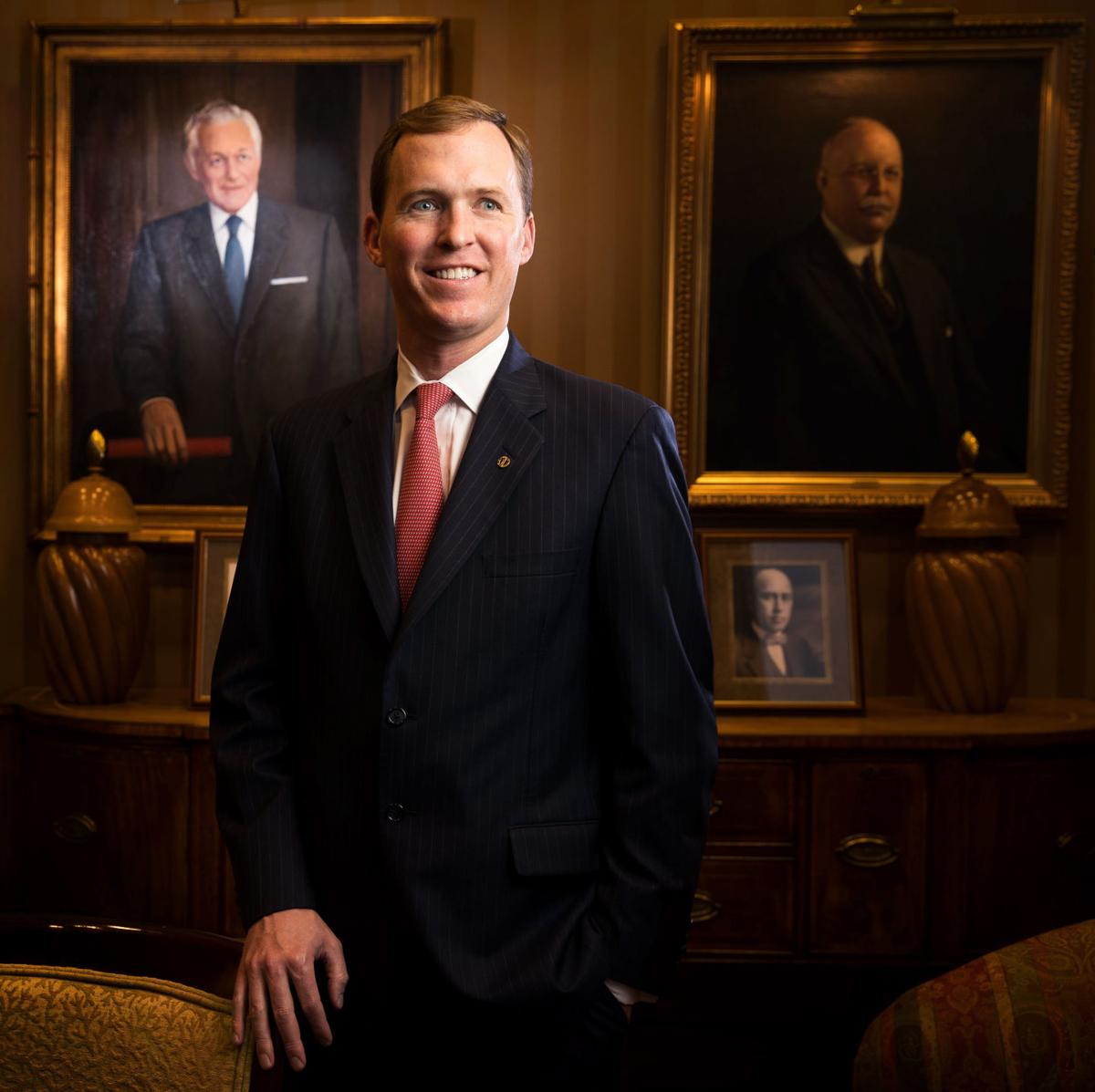 First National has changed the guard from Dan O'Neill, who led the state's largest bank for years, to Clark Lauritzen, seen here. Lauritzen, the scion of the Lauritzen family who could have gone down the investment banking path on Wall Street with Goldman Sachs, instead will lead the largest privately owned bank in the country. 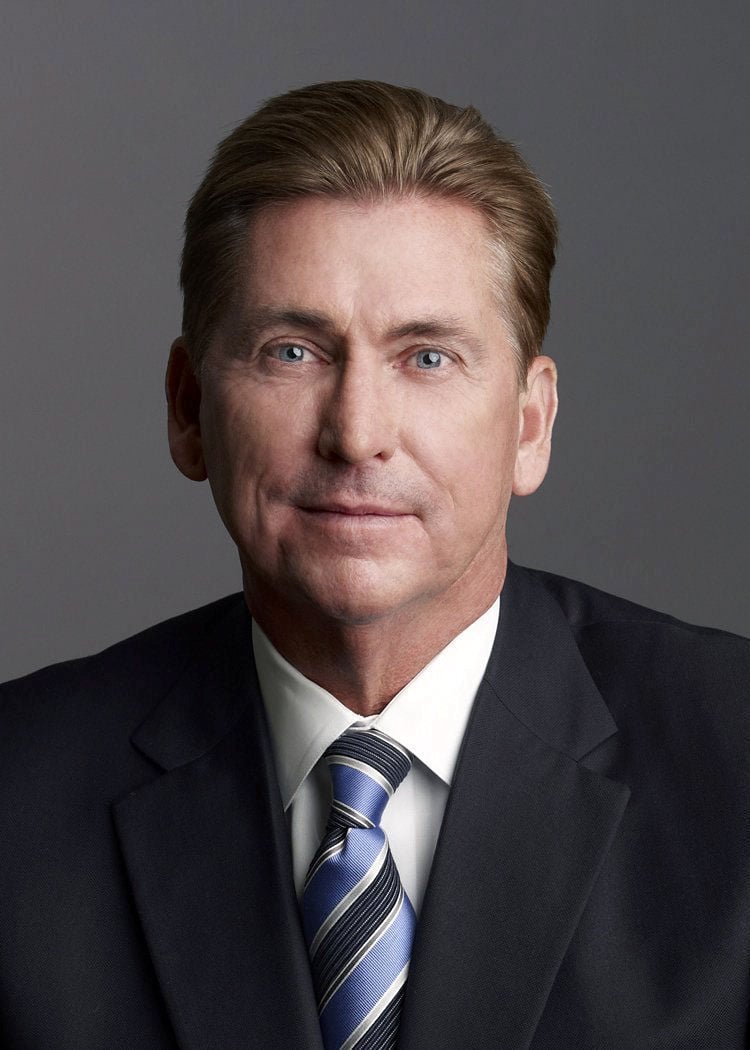