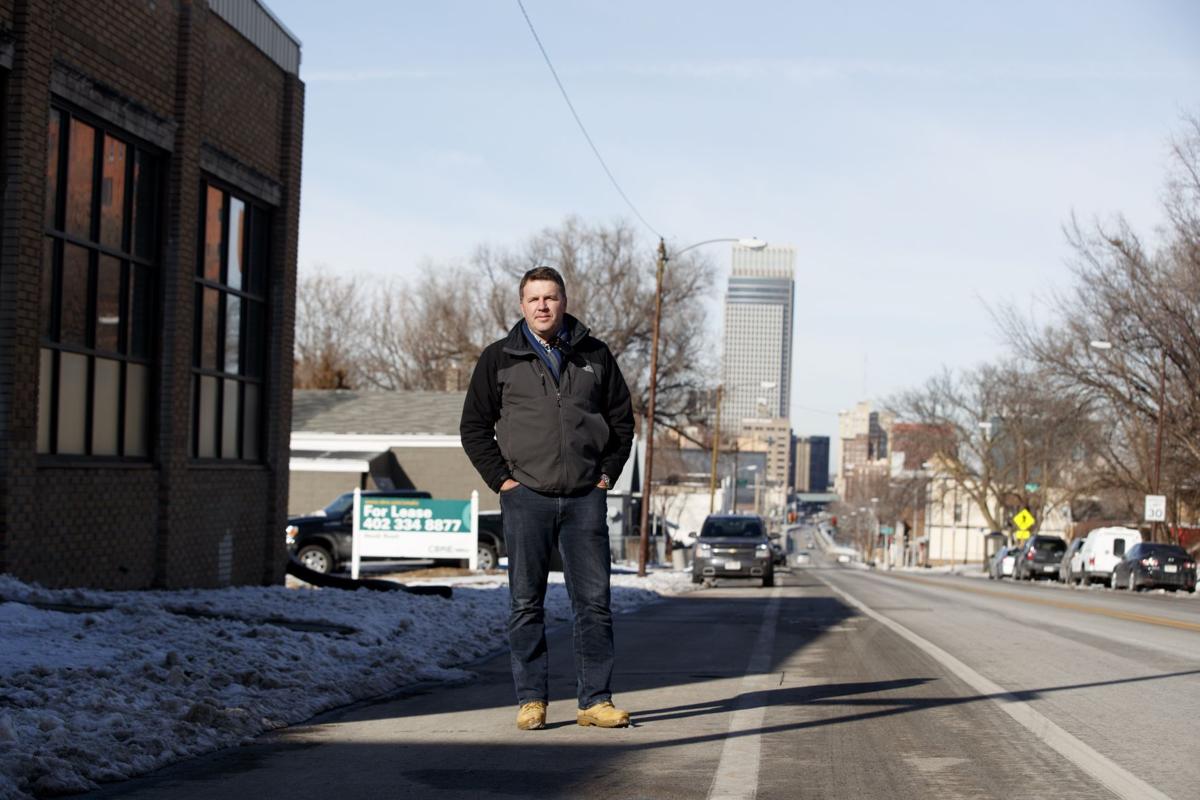 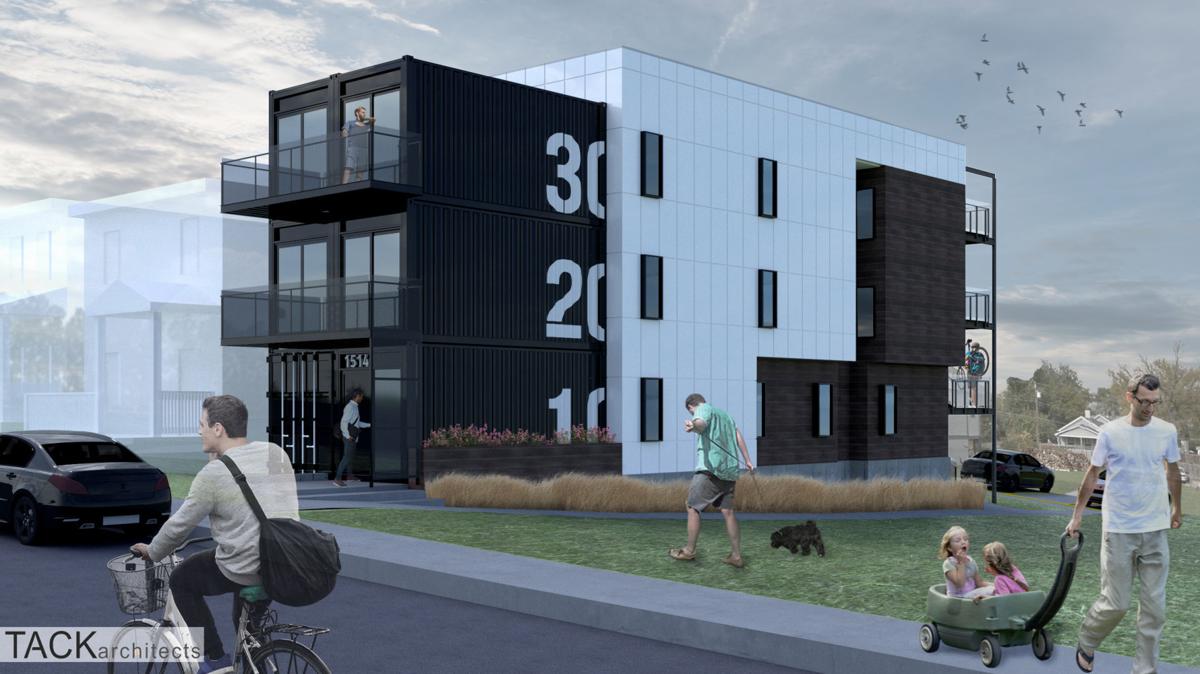 A rendering of the apartment project at 1514 William St. that will be made partly from steel shipping containers. 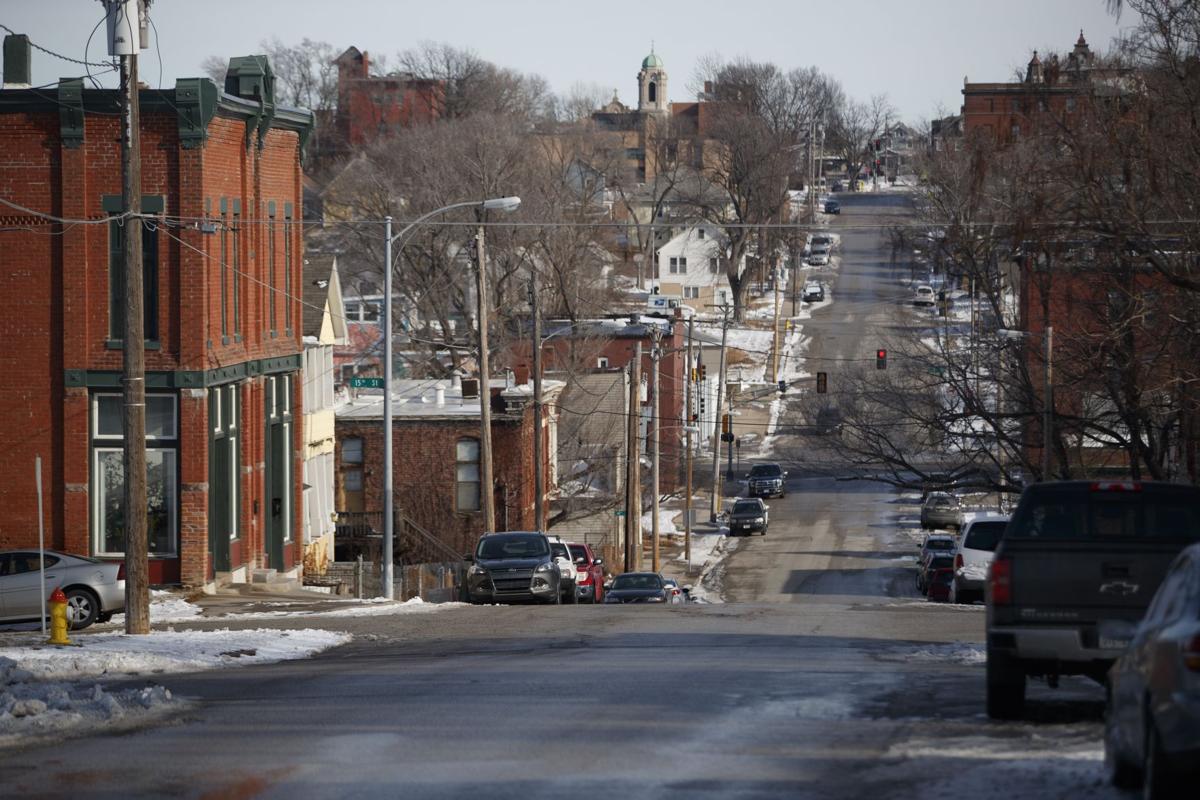 Adam Watson said he and his business partners have so far invested about $2 million into Omaha's 16th Street corridor. 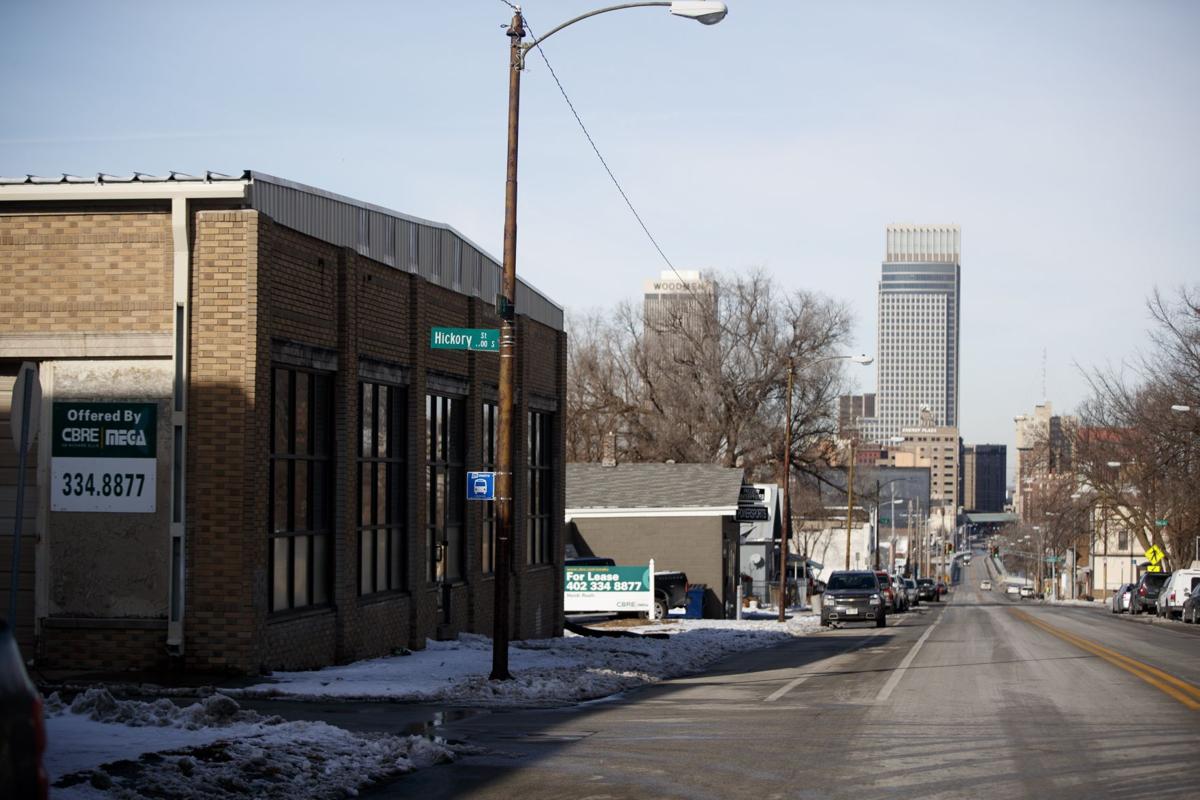 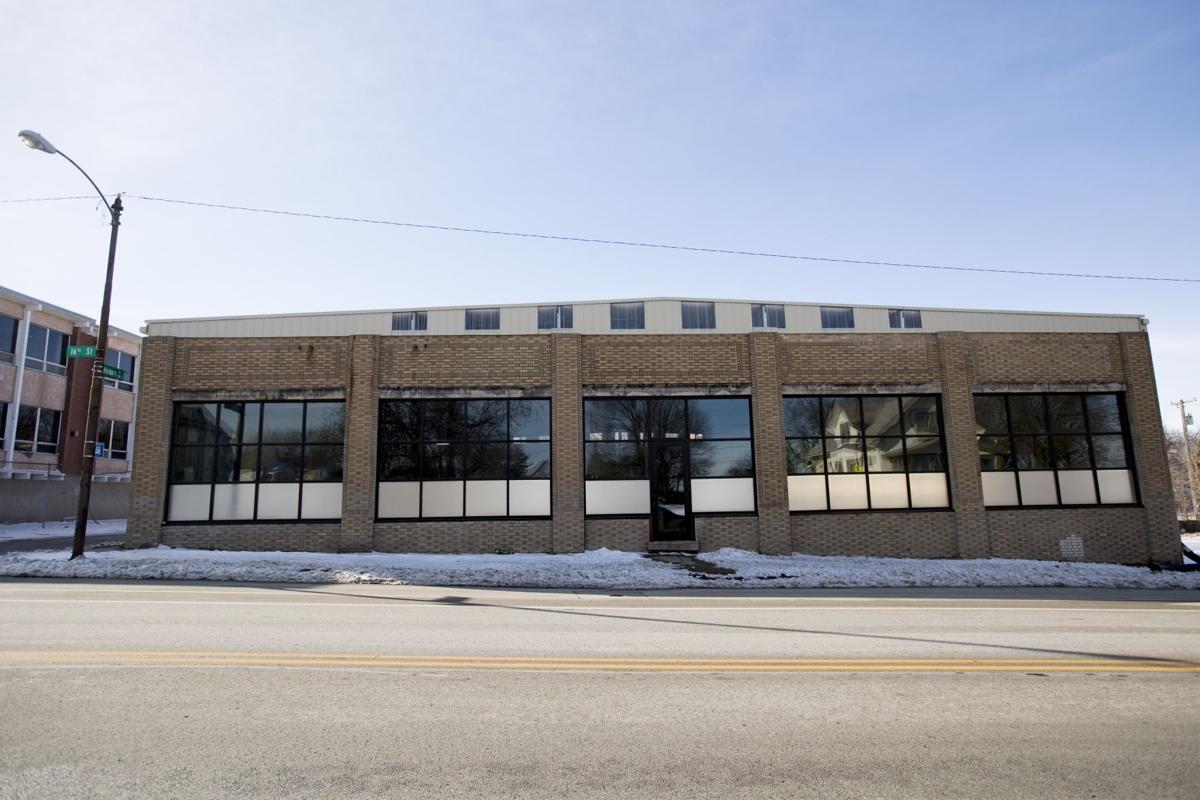 An apartment building in a newly developed area at 16th and Hickory Streets in Omaha. pictured on Wednesday, January 24, 2018 in Omaha. City planner Todd Swirczek said that the neighborhood has long been neglected and that market-rate housing could attract more investment. 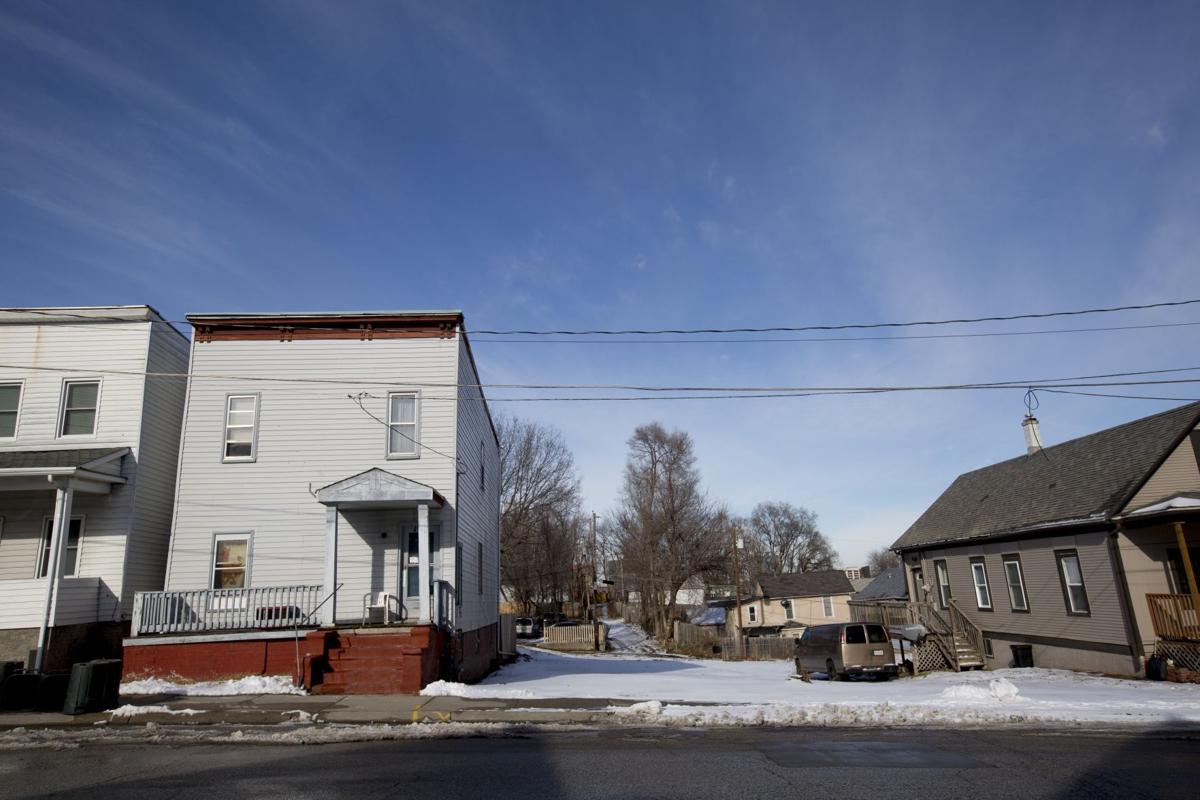 A vacant lot at 15th and William Streets, where developer Adam Watson plans to build a three-unit apartment complex made with old steel shipping containers.

Many spokes radiating from downtown Omaha have recharged in recent years with new development: west toward the Blackstone District, east toward the Council Bluffs riverfront, north toward north downtown and south toward a reinvigorated Little Italy and Little Bohemia.

So far, one thoroughfare has sat virtually ignored: South 16th Street. Now, a series of projects planned for the area could help return some bustle to the corridor.

A newfangled housing type — made partly from steel shipping containers — is even part of the development mix.

Local developer Adam Watson and business partners are behind several projects freshening up spots on or just off a milelong stretch of 16th Street that connects downtown with the historic Vinton Street commercial district.

Their initiatives range from planned renovations at the 62,500-square-foot Union Plaza apartments, which a few of the investors recently bought at 601 S. 16th St., to the gutting and revamping of a commercial structure acquired at 1474 S. 16th St.

Situated between those two project sites — just off the 16th Street artery at 1514 William St. — is a deep and narrow piece of land upon which Watson plans to build a sort of anchor project. He hopes the apartments featuring a facade composed of huge shipping containers will catch on and multiply in the neighborhood.

If all goes as planned, the residential building would start rising this spring, and lure what Watson thinks will be young professionals craving an urban lifestyle in a near-downtown neighborhood with trees and a backyard.

“It’s something new and something fun,” Watson said. “We see an opportunity for a new building material that seems abundant around the country. It’ll be pretty cool-looking.”

Designed by Omaha-based TACKarchitects, the 1514 William structure is to contain three rental units, one per level, each with two bedrooms and about 1,400 square feet. Watson foresees the shipping-container project, and similar models he’d like to construct around it, as fortifying the aging residential neighborhood sandwiched between the 16th and 13th Streets corridors south of downtown.

Much of the housing stock in that area is old and in need of repairs.

Watson said he and his partners were attracted by 16th Street’s proximity to downtown’s entertainment and business hubs, as well as the arts-and-Latino-flavored Vinton Street commercial strip to the south.

While neighboring 13th and 10th Street corridors are similarly positioned for growth, other developers already have assembled key parts of those arteries.

PJ Morgan Real Estate Investments, for example, has purchased several properties including the iconic Bohemian Cafe at 13th and William Streets, and is renovating them into homes for new retailers and restaurants.

Near 10th and William, Clarity Development has built for-sale townhouses, and has started an addition along 12th Street.

Watson, of Watson Cos., is alone in developing the shipping container project, estimated to cost between $350,000 and $450,000. But on several other 16th Street area ventures, he is one of multiple investors operating under Omaha 3 Investments or Hickory Group.

Among properties acquired by Omaha 3 (Watson and Denver-based partners Seth Elken and Jeff Palmquist) are about 10 parcels, homes and lots, clustered around 16th and William. Several homes already have been renovated and leased to tenants. Lots are envisioned as future new housing sites, Watson said.

The smaller one is leased to a motorcycle repair business. Watson said the other is available for tenants seeking open space suitable for such operations as a grocery or fitness center.

Farther south on 16th is another newcomer, Cafe Z, which roasts its own coffee and serves food. Owner Charles Keenan converted a former flooring business into the shop, whose front wall rolls up on nice days. Son Eli said the area is his dad’s old childhood stomping grounds.

Union Plaza at 16th and Jackson Streets, purchased late last year by Steve Elken and Opatowski, is to undergo improvements including the addition of a fitness center and other amenities on the ground level, said Watson, who helps manage local operations for his out-of-town partners. He said the men hope to buy a former nightclub structure next to the apartments.

Watson estimates investment by him and partners in the general area at nearly $2 million, including acquisition and improvement costs. Separately, the Union Plaza sale price was $3 million, according to county records.

City planner Todd Swirczek said the neighborhood had been neglected for so long that market-rate housing such as the shipping container project could bolster both 16th and 13th Streets, and could attract more investors.

“Potentially that could mean re-envisioning retail bays along 16th that are vacant right now or used in a way that really doesn’t go with a walkable corridor,” he said.

Swirczek said city planners believe the 1514 William project would be the city’s first housing project built with shipping containers. The global trend of converting the steel boxes into buildings hit Omaha in 2016, but in a retail venture in north Omaha.

Larry Ferguson, a leader among Vinton Street merchants, said he is pleased to see blighted spots along neighboring 16th Street getting attention. He said several properties near William Street had been condemned, burned and neglected.

“Worthless properties aren’t contributing to the livability of the city,” he said.

However, he remains wary of redevelopment efforts that displace lower-income people and smaller merchants. Ferguson said that’s happened on some other Omaha corridors revived to the point that rents increased and pushed out former residents.

“It’s a domino effect,” he said, “Pluses and negatives to all of it.”

Ferguson said that most properties along the historic two-block Vinton business strip are occupied and improving without infusion of private developer money. He said Sherwood Foundation matching grants allowed several merchants to spruce up their businesses. The City of Omaha is about to assist with installation of new lighting fixtures.

Watson expects a more lively 16th Street to lead more visitors to the Vinton corridor. He has helped revive other urban pockets, including the former Smoke Pit BBQ property at 25th and Farnam Streets. He and his partners also have investment properties in Benson, along Leavenworth Street west of downtown and the midtown Gifford Park area.

In comparison, Watson said, the 16th Street corridor has had less activity yet brims with possibilities.

“We don’t have a problem being first when the signs are really obvious that this is an area that has so much potential,” he said.

More developers and merchants are taking renewed interest in a long-neglected part of Omaha between downtown and midtown. They’re even proposing a new name for the neighborhood.

When it starts to rise this spring near 180th Street and West Dodge Road, the 120-room Aloft will be the city’s first modern hotel topped with private residences.

After fights and a shooting, Omaha Design Center plans to increase security

Chaos erupted when a handful of shots were fired as guests left a birthday party early Sunday, said Brook Hudson, one of the three owners of the venue at 1502 Cuming St. Two people were shot.

All Makes Office Equipment has seen lots of change in a century of operation. But up there among impressive shifts, said owners Jeff Kavich and Amee Zetzman, is what’s happening today outside their company headquarters near 25th and Farnam Streets.

The commercial redevelopment along South 13th Street near downtown Omaha started with a cluster of structures around the old Maryland Theatre and iconic Bohemian Cafe, but now is catching on to other structures along the corridor. The recently settled entities lean toward the arts and creative side.

'Omaha's fun to look at': More than 100 check out midtown apartments, condos as part of tour

The tour even attracted people who weren’t looking to move — some just wanted to see how the urban core of Omaha has changed.

Phelan said one goal is to provide a casual and comfortable setting for people to interact with cats so they know which is the right one for them to adopt. But you don't have to adopt — you can just watch the cats play or get some cuddle time.

A new upscale apartment building hopes to fit into a slice of ground southeast of 13th and Pacific where once stood two worn single-family houses. It's called Pacific Vue and rents for the six units would run between $2,200 and about $3,000.

A rendering of the apartment project at 1514 William St. that will be made partly from steel shipping containers.

Adam Watson said he and his business partners have so far invested about $2 million into Omaha's 16th Street corridor.

An apartment building in a newly developed area at 16th and Hickory Streets in Omaha. pictured on Wednesday, January 24, 2018 in Omaha. City planner Todd Swirczek said that the neighborhood has long been neglected and that market-rate housing could attract more investment.

A vacant lot at 15th and William Streets, where developer Adam Watson plans to build a three-unit apartment complex made with old steel shipping containers. 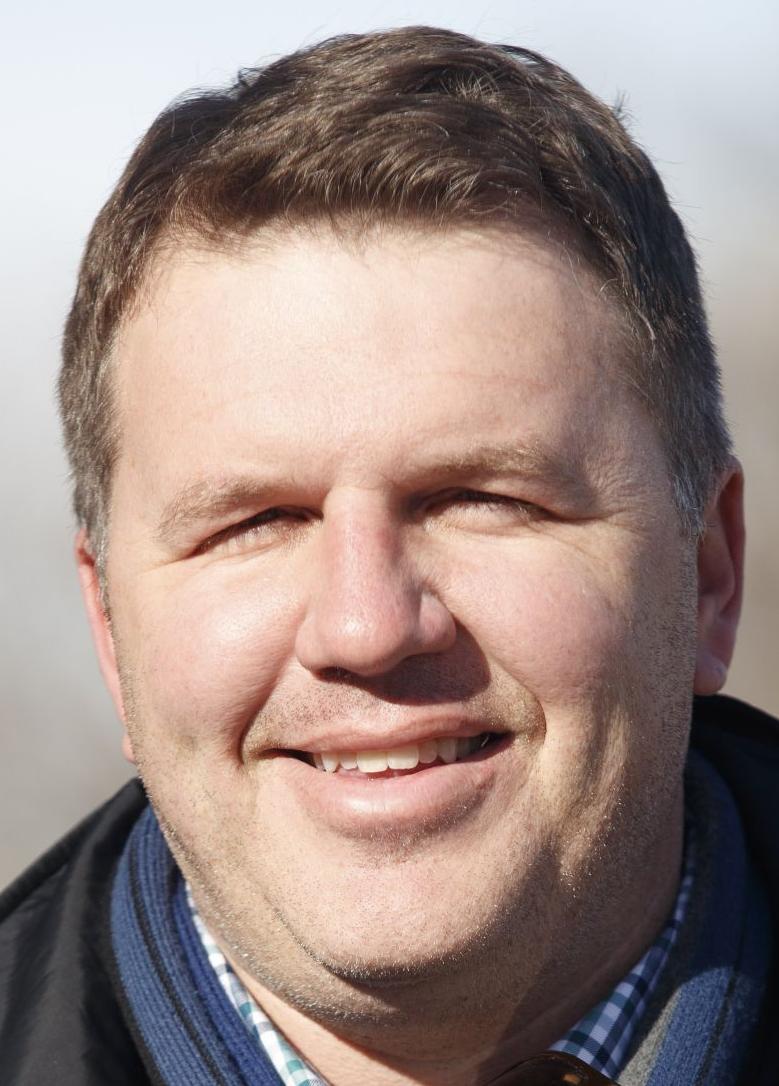 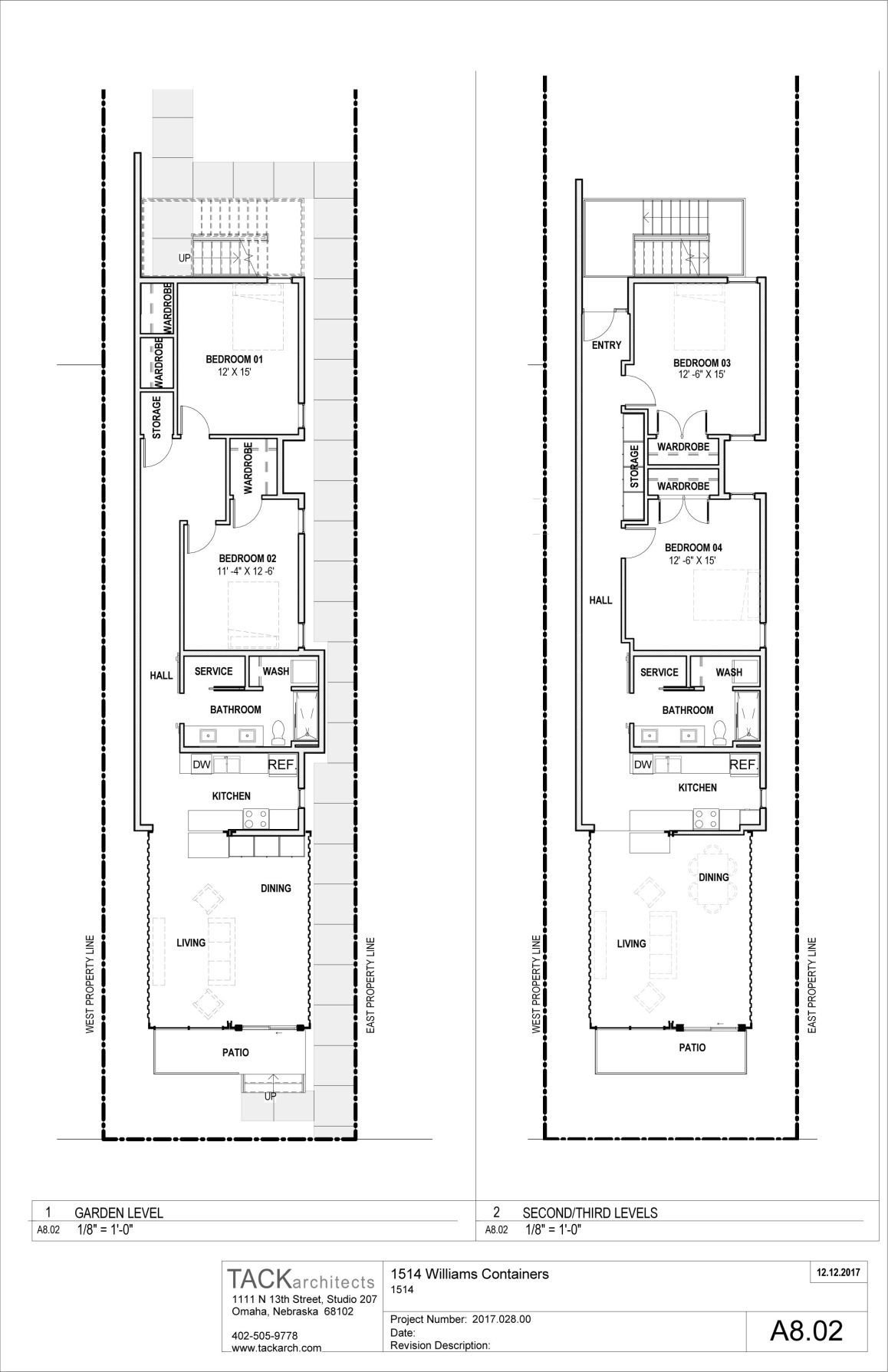