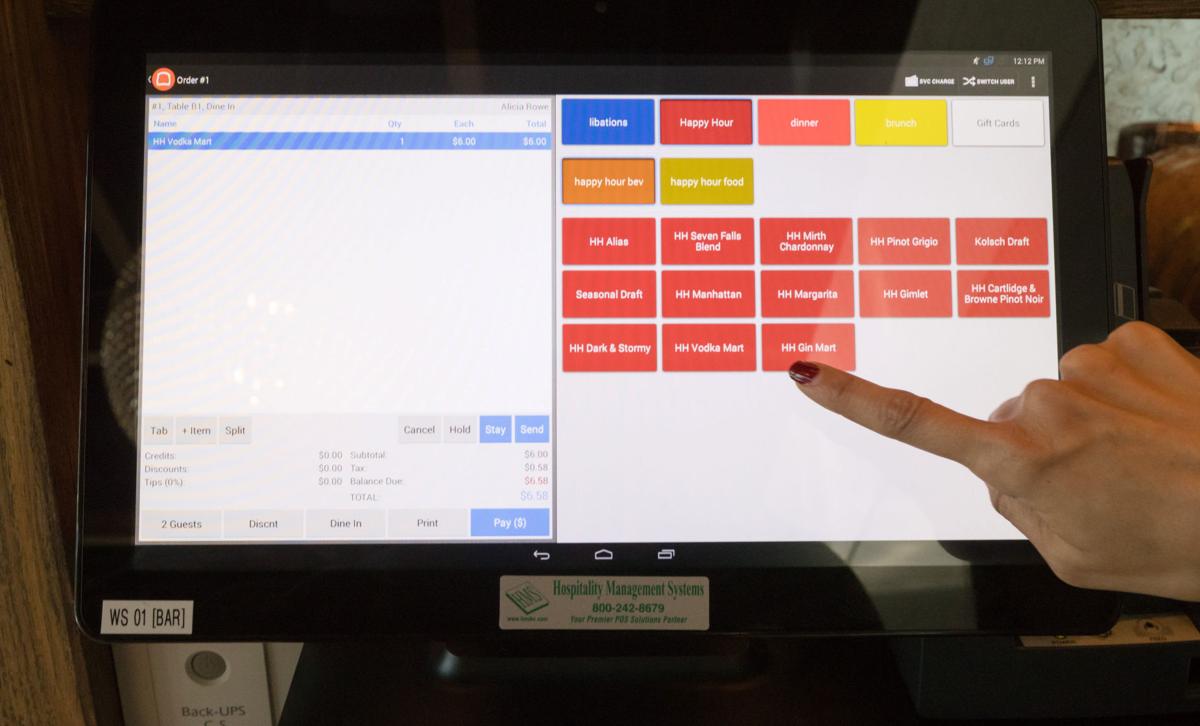 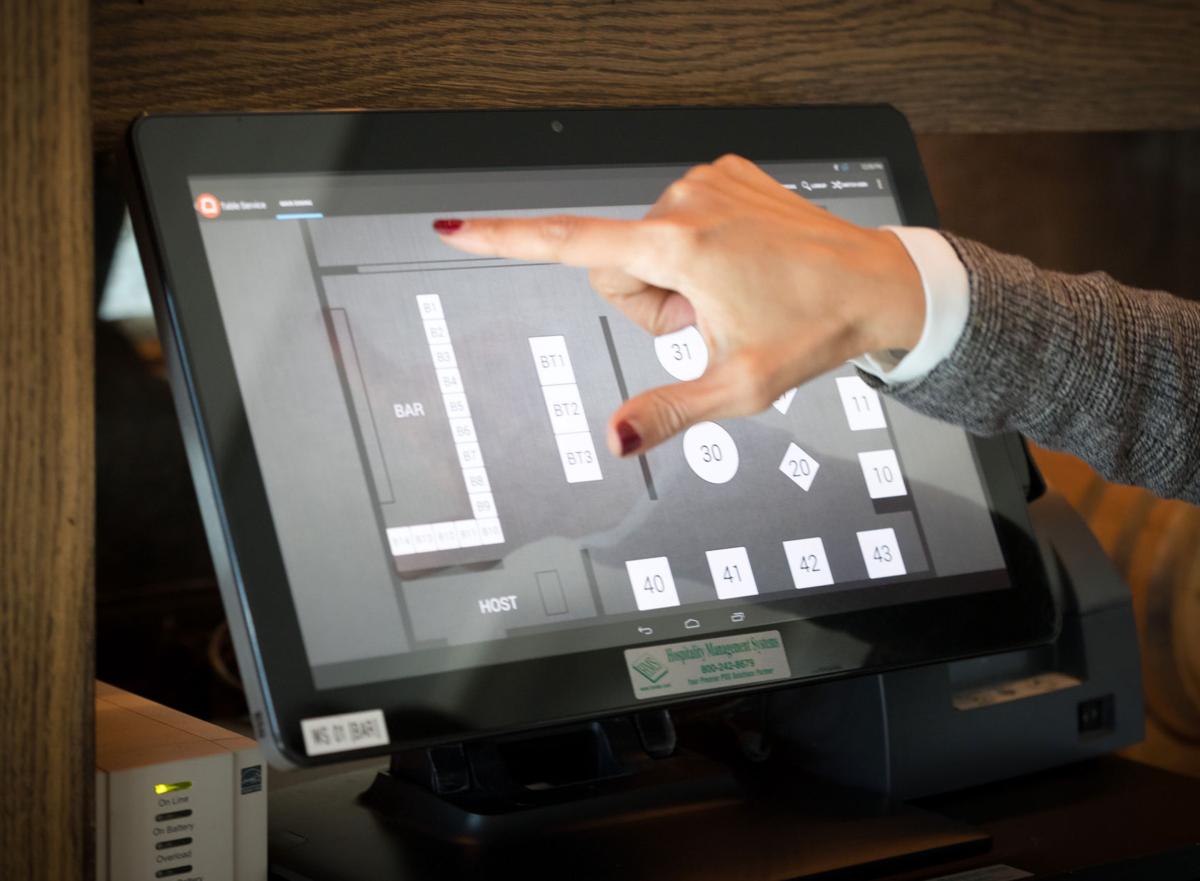 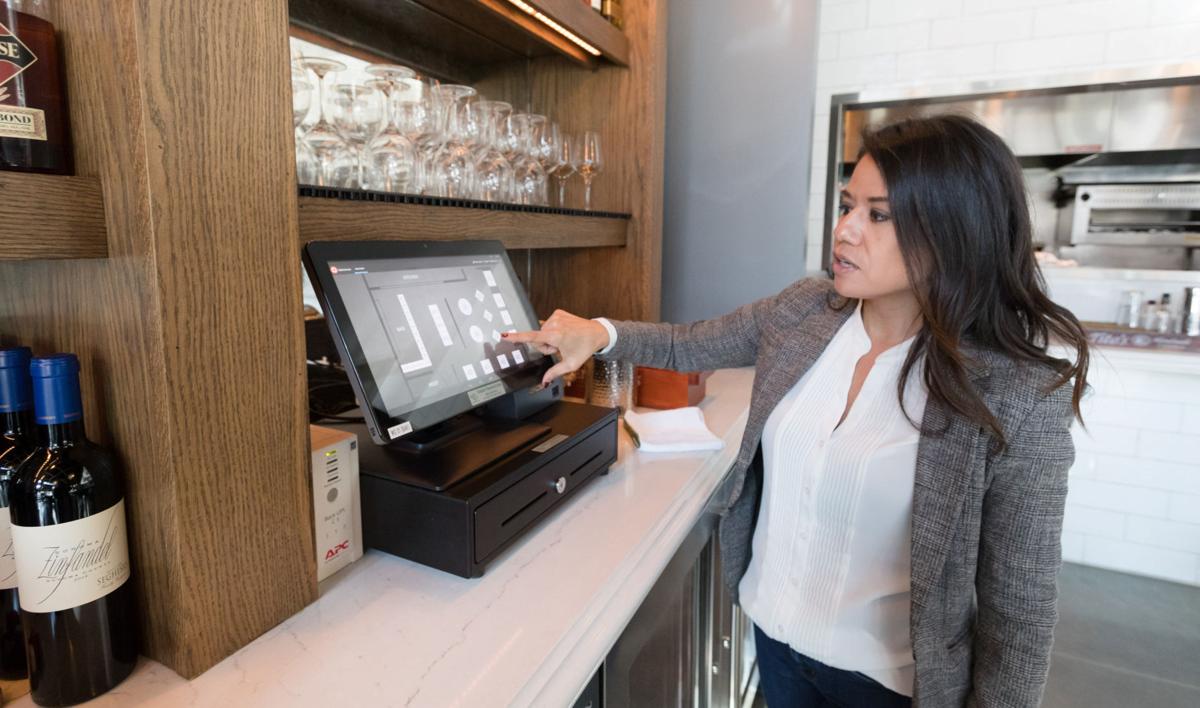 Toast, the tech company coming to Omaha, says it wants to revolutionize the business of paying for restaurant bills — and the restaurant business itself. It might be on the way to doing just that.

But more than a handful of other companies compete on the same field, some with a lot more experience than 700-employee Toast, an upstart founded in 2013 that outside data crunchers have valued at around $400 million.

So as Toast gets ready to open its office in Omaha — its first in the U.S. outside of its hometown, Boston — it’s worth noting Team Toast has plenty of competition in the field of point-of-sale systems, the ultra-modern cash registers that take customer payments, manage restaurant inventory, keep employee time sheets and do all sorts of other things to facilitate the business of eating.

Just how many companies are competing in the restaurant point-of-sale terminal business? Last year there were 97 that listed themselves as point-of-sale software developers in the U.S., according to a by-the-numbers look by market researcher IBISWorld.

Still, with more than 620,000 restaurants in the U.S. alone, according to data firm NPD Group, there would seem to be plenty of business to go around.

Toast says its restaurant-centric platform sets it apart from other companies, which make point-of-sale systems for everything from bowling alleys to violin shops. At Toast, it’s only restaurants (and coffee shops, bars, ice cream parlors, delis and other hospitality-centered businesses).

“We really have invested in a product suite that is designed especially for restaurants,” Tim Barash, Toast’s chief financial officer, told The World-Herald in an interview. “It’s much more than general payment terminals.”

Restaurants in all 50 states already use Toast, he said. The company is privately owned and doesn’t make its revenue, number of customers and other information public. It also wouldn’t comment on its valuation.

In Omaha, some Toast workers — the company calls them “Toasters” — will focus on generating new business, at least some through cold calling, according to job postings on the company’s website. Barash said Toasters in Omaha will work on all aspects of the business. The company should employ “a least a few hundred” people in Omaha over the next few years, he said.

They’ll be trying to lure businesses such as Omaha’s Nite Hawkes Cafe.

For about 70 years the staff at Nite Hawkes Cafe did things the “old-fashioned way,” said Tracy Hawkes, owner of the 75-year-old eatery at North 16th and Carter Streets.

In those days, pens and pads were as vital to running the business as hot coffee and clean silverware.

The cafe had bought an electronic point-of-sale system in 2012, but when the system bit the dust recently, it was time to look for something that would let servers take orders at the tables with handheld devices, zapping them right to the kitchen with the touch of a button. (Toast and other systems do just that; Toast’s uses Android-based devices.)

For Hawkes, Toast came up as a contender during a frenetic round of web searching — so did First Data’s Clover, Square and TouchBistro, the eventual winner.

Hawkes is hopeful the new system will improve service at Nite Hawkes — one of the selling points that Toast and other tech-enabled point-of-sale systems use with restaurants and other hospitality businesses.

As long as menu items and orders are accurately entered into the system, there’s no reason for the kitchen to get anything wrong, she said.

Because servers are sending orders directly to the back of the house, service is faster. And at a time when everyone is constantly plugged in to something, speed is of the essence.

“If you want to stay competitive, you have to have it,” Hawkes said. “Thirty years ago, people had hourlong lunches,” she said. “Everybody always wants it to be quick, but back then, you didn’t have to feed them and get them out the door in 20 minutes. Now, you do.”

So just how crowded is the market for point-of-sale systems?

Depending on whom you talk to, it’s anywhere from “pretty crowded,” according to Jarrod DellaChiesa, technology and operations consultant for California-based Synergy Restaurant Consultants, to “incredibly crowded,” said Ellen Linardi, head of product for First Data’s Clover platform.

Part of that has to do with the wide swath of businesses to which point-of-sale developers can cater.

“That’s been one of the challenges for the POS industry and why it’s so fragmented,” Linardi said. “Everyone’s been trying to go it alone and create the right solution ... but small businesses are highly fragmented, with very different needs.”

For example, a pizza shop is going to have needs different from those of a coffee shop, and what works for either of those won’t necessarily fit the requirements of a high-end restaurant. A mom-and-pop bricks-and-mortar retailer is going to need features unlike that of an Etsy shop that does business only online.

Toast met the needs of Omaha’s Paragon restaurant, which closed this month. Alica Rowe was general manager of Paragon as it was choosing a point-of-sale system when the restaurant opened. She also will manage the new restaurant, Kith & Kin, at the same location, 5018 Underwood Ave., when it opens, tentatively on Dec. 1.

“It is user-friendly, which is important when you’re bringing in new people,” Rowe said of Toast. “It works just like any app on a phone. It’s just as user-friendly as any application would be.”

Sometimes when you get a point-of-sale system you have to choose other products to go with it, such as inventory and employee scheduling. Not so with Toast, where that’s all built-in: “Toast has everything,” Rowe said. “I’m super-excited that it’s coming to Omaha.”

The chef also can use Toast to keep track of what people ordered and how people liked certain dishes prepared. (Half the people who ordered this dish asked to hold the onions, for instance, might be one way a restaurateur can use Toast data to tweak a menu. The fish special sold out in 20 minutes might be another data point an owner can use to buy more salmon next time around.)

At First Data’s Clover, having the bandwidth to expand as a business expands is a key selling point.

“When you open, you want to be sure you can take payments and get your menu up and running, but you’re not necessarily ready to talk loyalty programs or gift cards,” said Linardi, head of the Clover platform at First Data.

“With Clover, we’re trying to build in the right message and look for the right time to say ‘Hey, it looks like you now have a bigger pool of customers, and we have these solutions that allow you to engage your customers better,’ ” she said.

In prospecting for new Clover clients, First Data has a leg up in that it processes about half of all credit and debit card swipes on the planet, so it partners with banks it already works with to push Clover products to banks’ business customers.

As of the third quarter of 2017, First Data had shipped out more than 700,000 Clover devices. Toast would not disclose its number of customers.

Restaurant tech consultant DellaChiesa, who also runs an independent consulting firm, said Toast can cost more than some other systems, but restaurants sometimes find that a system built specifically for them is one they like better. Toast has earned a reputation for understanding what restaurants need and building it into the platform, DellaChiesa said.

“It’s very obvious that some of these providers have no restaurant experience at all and think it’s as easy as ringing something in and that’s it,” he said. “Toast seems to have gotten around that some and is just selling and selling away.”

Greg Cutchall, whose Omaha company has franchises of chain restaurants as well as single-location eateries, said a restaurant in Scottsdale, Arizona, he recently bought — the Salty Senorita — looked into new point-of-sale systems and settled on Toast. (Cutchall is part of the team that is buying the old Paragon in Dundee; he said its closing wasn’t related to its point-of-sale system.)

The Toast system allows remote access to the restaurant, so a manager can track what’s happening without being physically present all the time, said Cutchall. Many other competitors — Revel among them — allow owners to dial in to see live sales figures, inventory and other metrics.

Of course, stiff competition isn’t to say an upstart can’t make it big. Already Toast is growing quickly: The company’s revenue grew by more than 31,000 percent from 2013 to 2016, according to a ranking by Deloitte, the global accounting firm. (Toast doesn’t publicly report such figures.) That kind of growth was good for the No. 3 spot among the Deloitte technology group’s list of 500 fastest-growing North American Companies.

It’s also attracting funding from big names. Last year Toast raised $30 million through an outfit called GV, which formerly was known as Google Ventures. And in July, Toast said it raised an additional $101 million from a venture-capital fund that was co-founded by former Vice President Al Gore. That same month, number crunchers with Dow Jones Venture Source said the company was valued at around $350 million, and it’s likely only grown in value since then.

“Toast seems to be gaining some nice momentum,” Cutchall said.

As Toast looks to break through a crowded field, many in Omaha certainly hope so.

What draws companies to Omaha? Site selection is an art and a science, expert says

Omaha really shines when it comes to the cost of doing business.

Omaha appealed to Toast because of the city’s already established base of tech companies — like Paypal — and its business community’s culture of entrepreneurship, said Tim Barash, Toast’s chief financial officer. And one more thing caught the company executives’ eyes, Barash said: Omaha’s restaurants.

Restaurant tech company Toast of Boston, which is opening an Omaha office, has ties to Google, Al Gore

The World-Herald reported last week that officials from the company were in Omaha looking for downtown office sites.

The decision by Toast Inc., a Boston-based restaurant services software company, to open an Omaha office is the latest validation of a regiona…

The company had representatives in town touring possible locations in the downtown area, according to several sources who did not want to be named.

Venture capital firms invested $84 billion in tech in 2017, most since dot-com boom

Money to find the next big thing is flowing into Silicon Valley at the highest rate since the dot-com boom — and there does not seem to be a bubble in sight.