Heavy snow in some states could prevent some farmers from harvesting the rest of their corn and soybeans until 2020 in the latest weather-related blow to growers.

Flooding from torrential rains delayed spring seeding and prompted record amounts of acres to go unplanted. As of Sunday, the U.S. corn harvest was just 84% completed, the slowest rate in a decade. If crops are abandoned in fields until the spring, that’s likely to further tighten supplies at a time when cash prices are already on the rise.

Monte Peterson, who grows corn and soy in Valley City, North Dakota, and is also on the board of the American Soybean Association, said he is among the farmers who will not harvest corn till next spring.

North Dakota was the furthest behind on gathering among major producers, with just 30% of corn harvested, according to the U.S. Department of Agriculture. Nebraska reported 93% of its corn harvested, while Iowa was at 86%.

Chicago-based consultant AgResource Co. estimated that as many as 2.4 billion bushels of U.S. corn would still be in the fields as of Thanksgiving Day. Fields that go unharvested until spring could see yield losses of 20% to 40%, according to the firm. The USDA estimates this year’s crop will total 13.7 billion bushels.

The wet weather that’s plaguing farmers is also having a knock-off effect on other markets. For example, high moisture content in grain contributed to shortages of propane, which is used to dry corn and heat homes.

Enterprise Products Partners indefinitely extended a shipping rate for Texas-to-Illinois propane, the company said in a letter. The tariff rate had been set to expire Dec. 13, but propane supplies remain tight.

And it’s not just corn and soybean seeing problems. There will be fewer harvested acres of crops including spring wheat, sugar beets and potatoes amid the wet weather.

The USDA’s weekly crop report had been scheduled to end for the season but may continue due to delays in harvest progress, the government said.

Sheets of ice killed 12 bulls at the Ruzicka ranch. 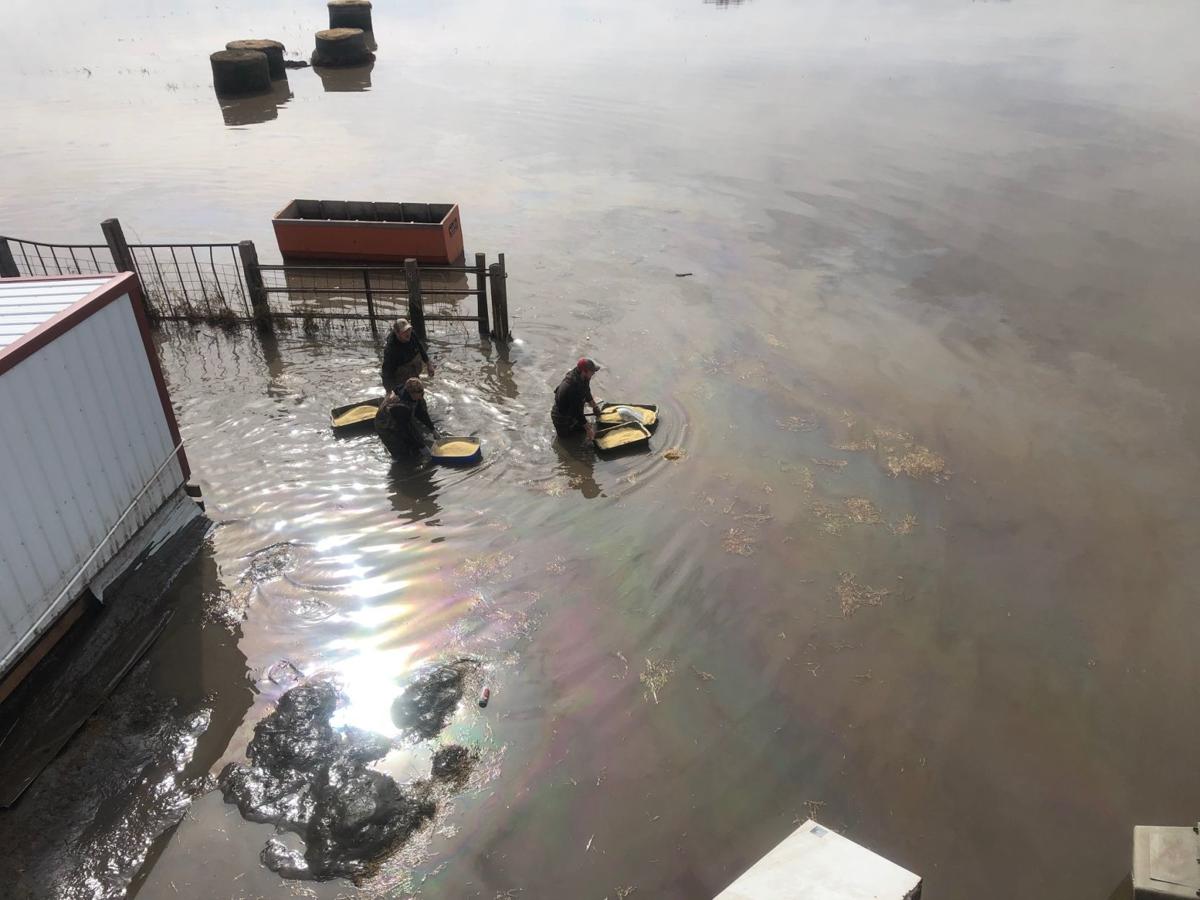 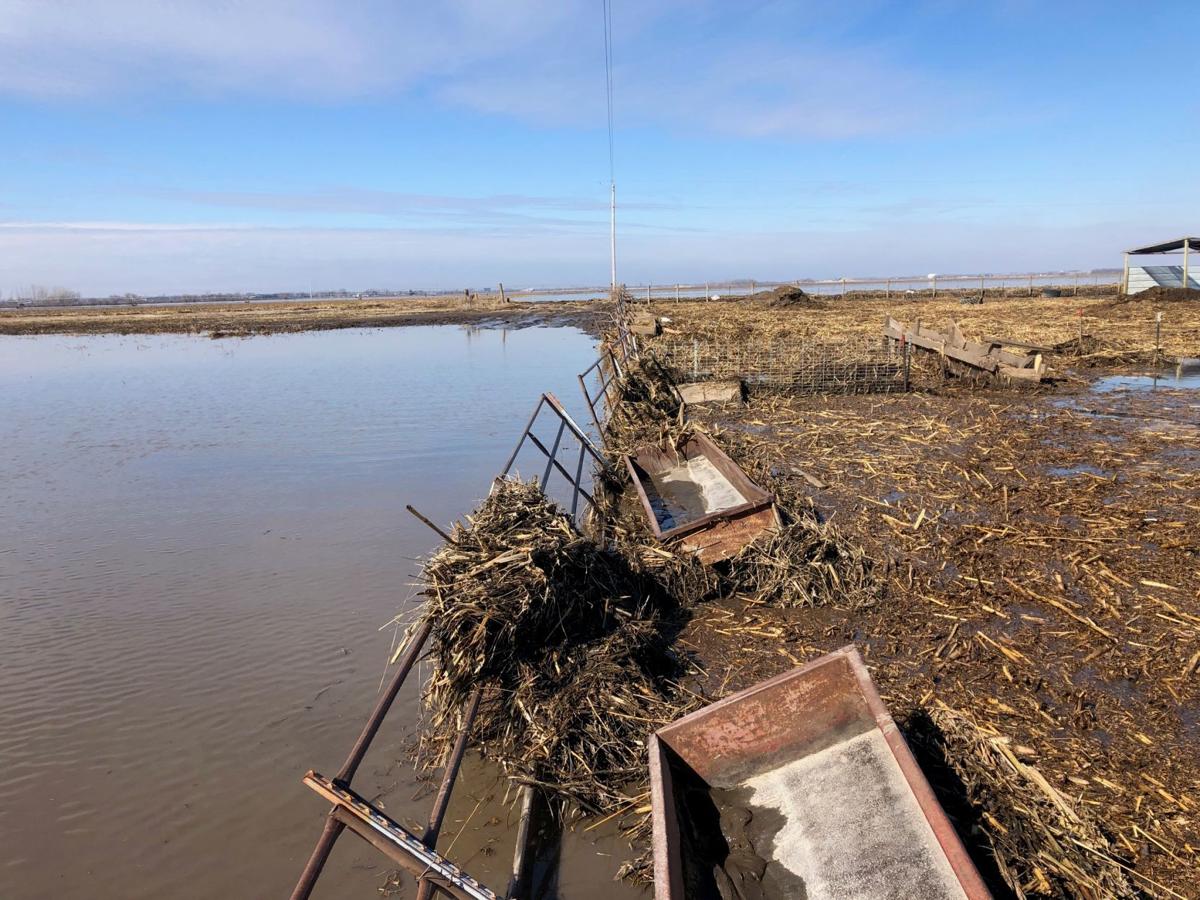 Eric Alberts' land had only been accessible by boat until Monday. 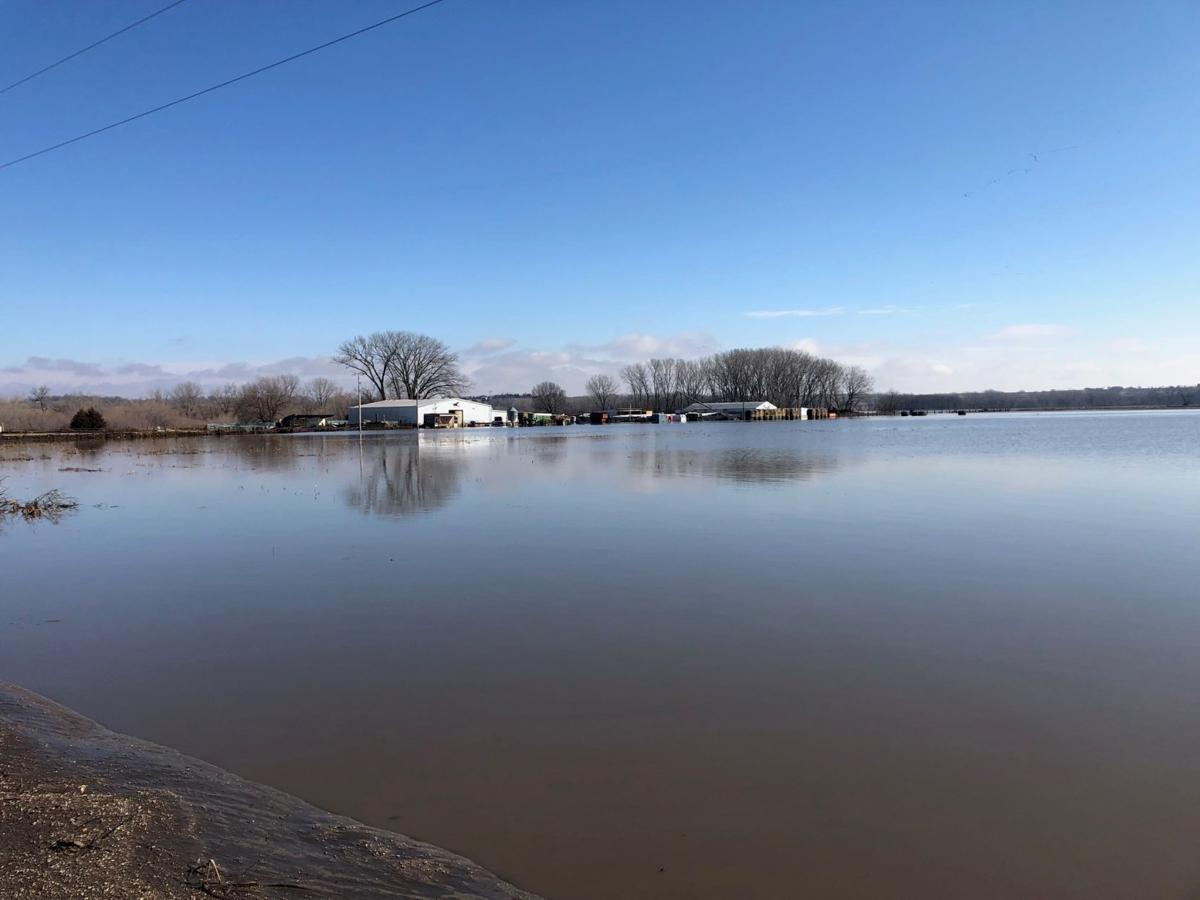 Eric Alberts saved many animals in the flood but had to leave others behind. 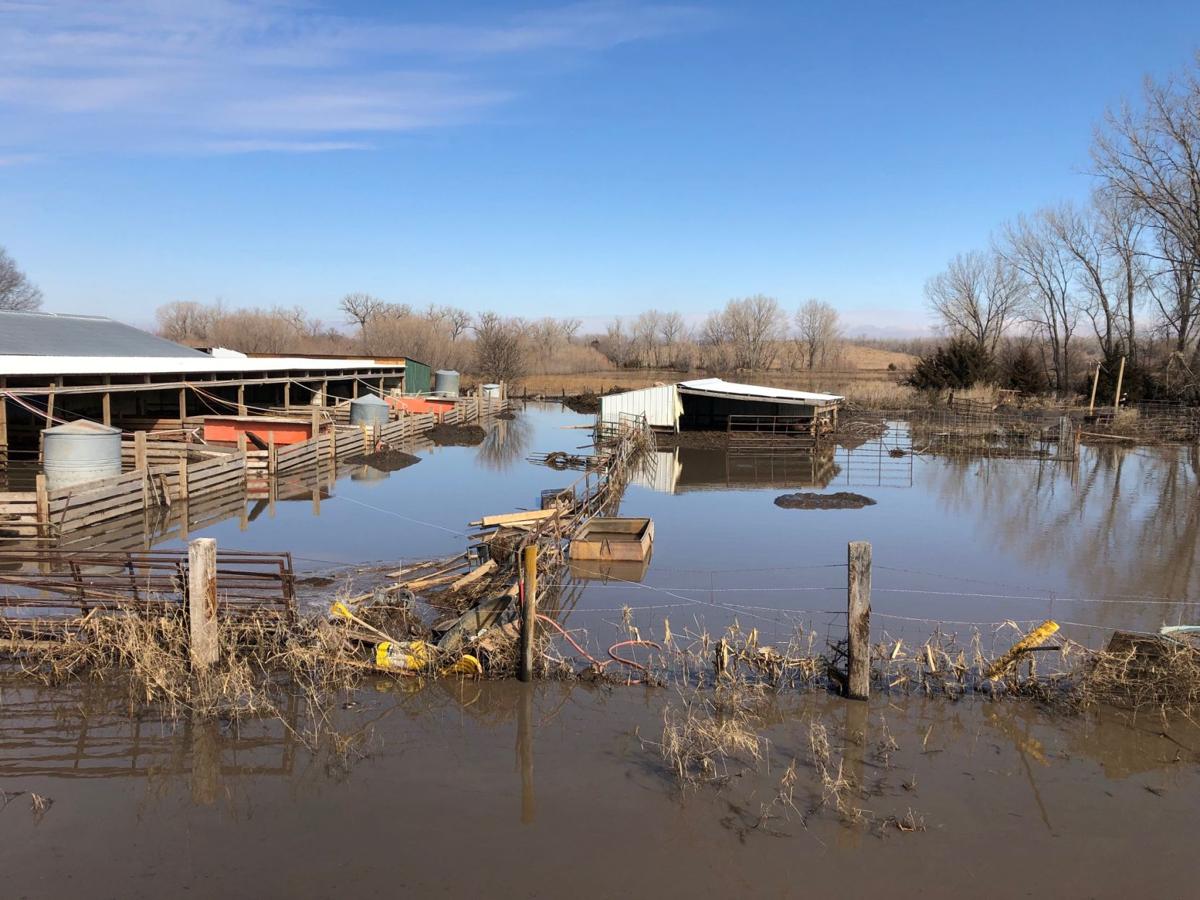 Some pigs were able to swim out and survived. 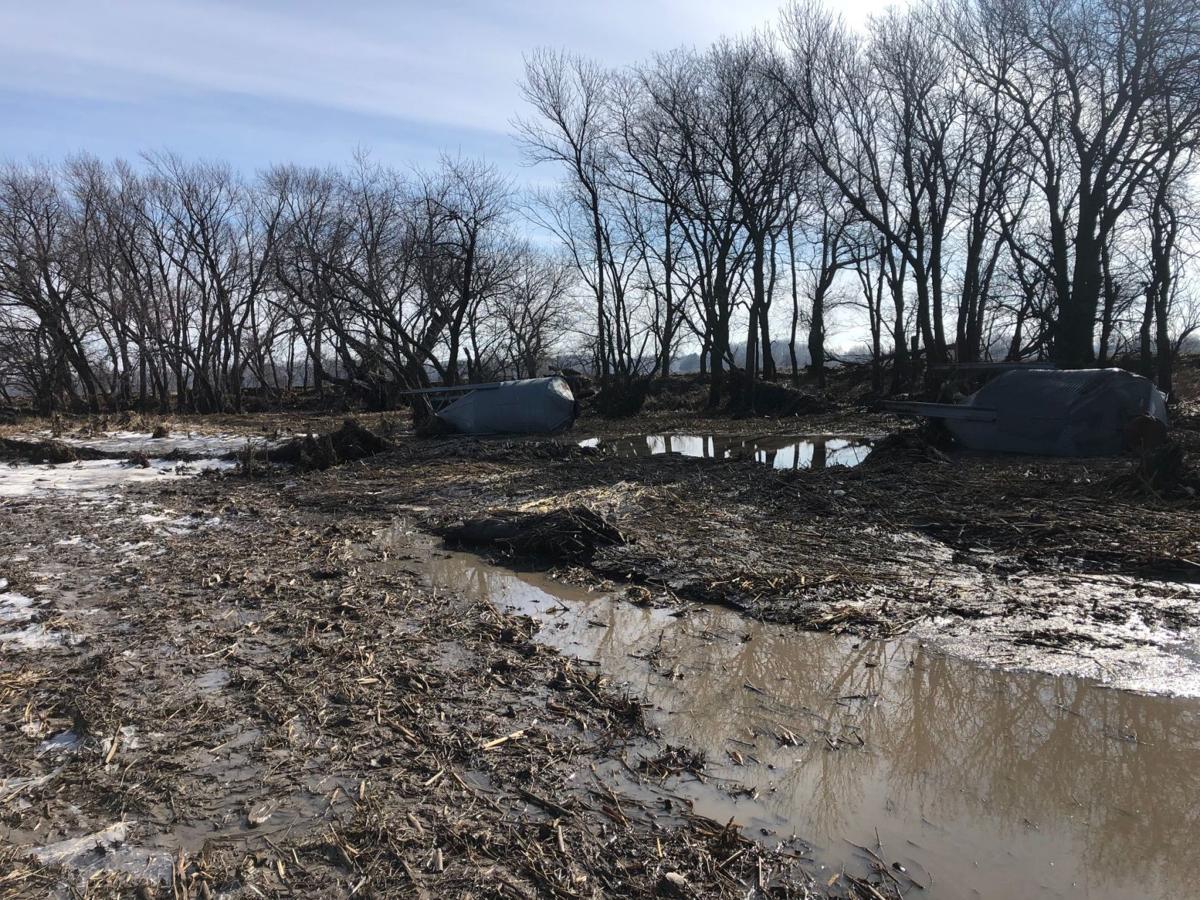 The floodwaters are starting to recede. 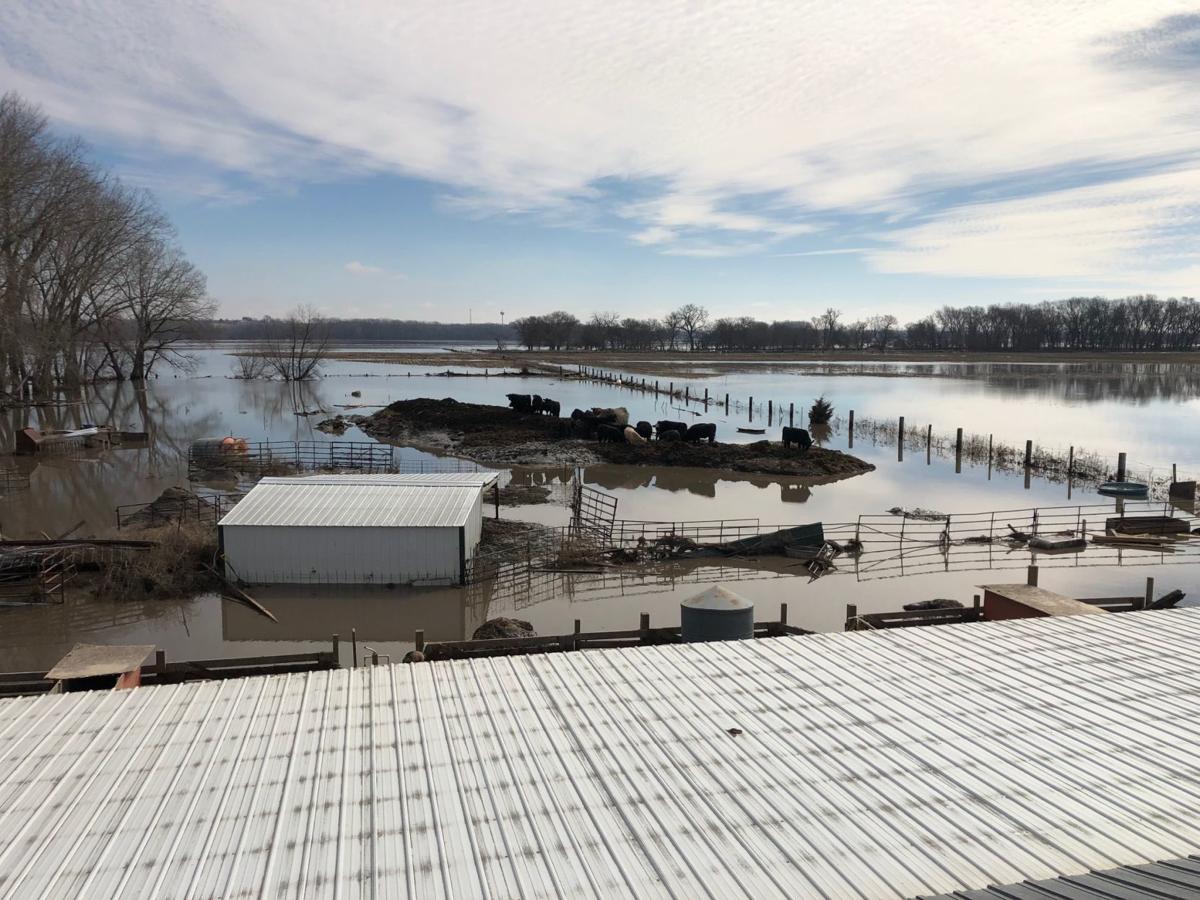 About 50 cattle survived by getting to higher ground. 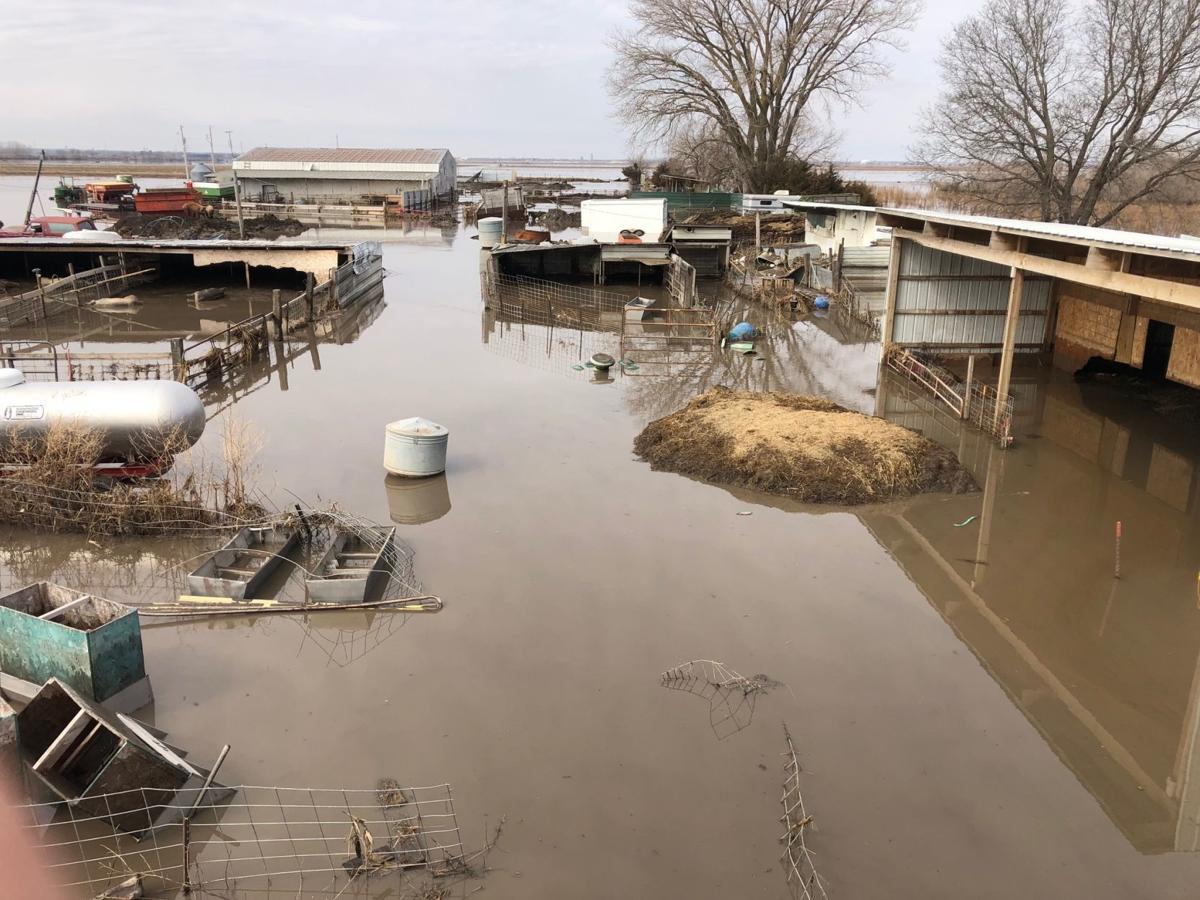 An ice-filled farm near Lynch, Nebraska. 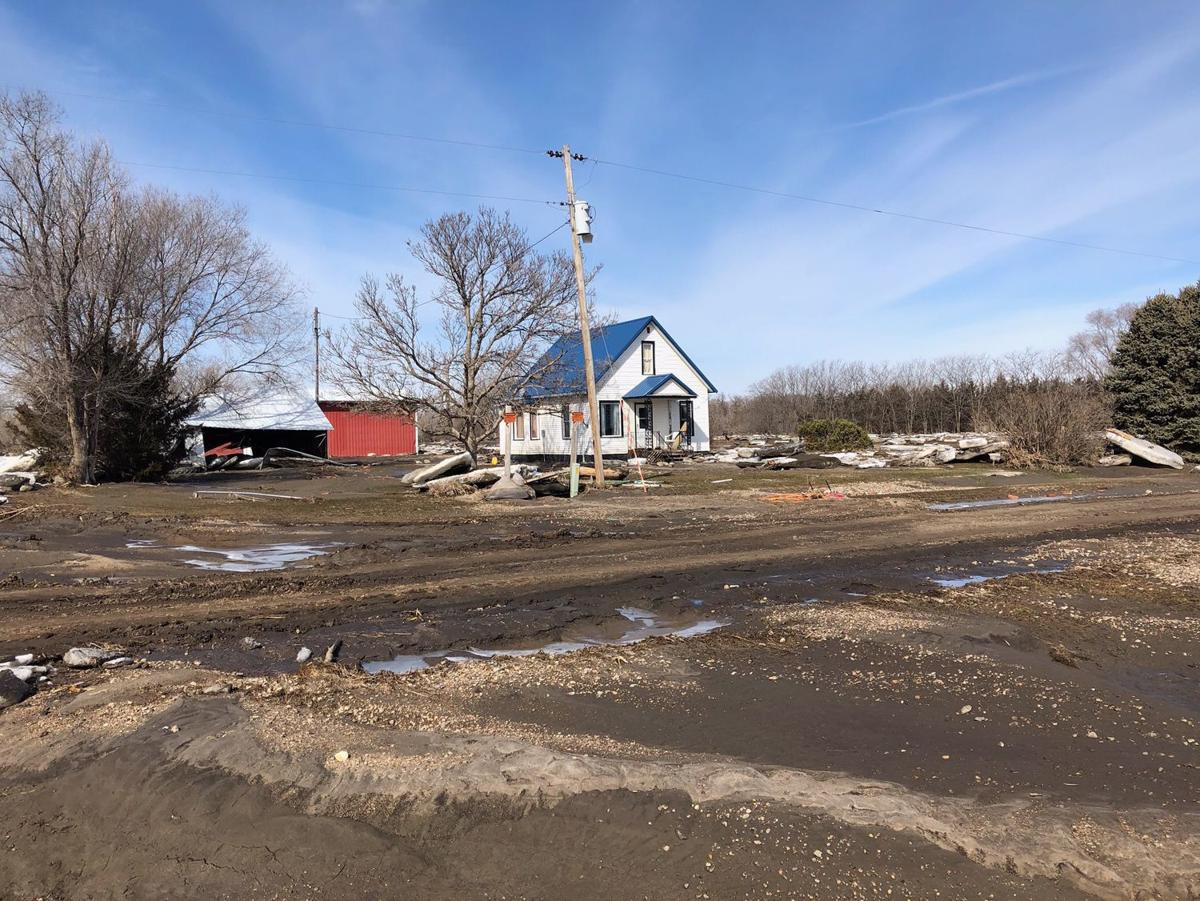 Ice chunks left by the flood at a house in Verdel, Nebraska. 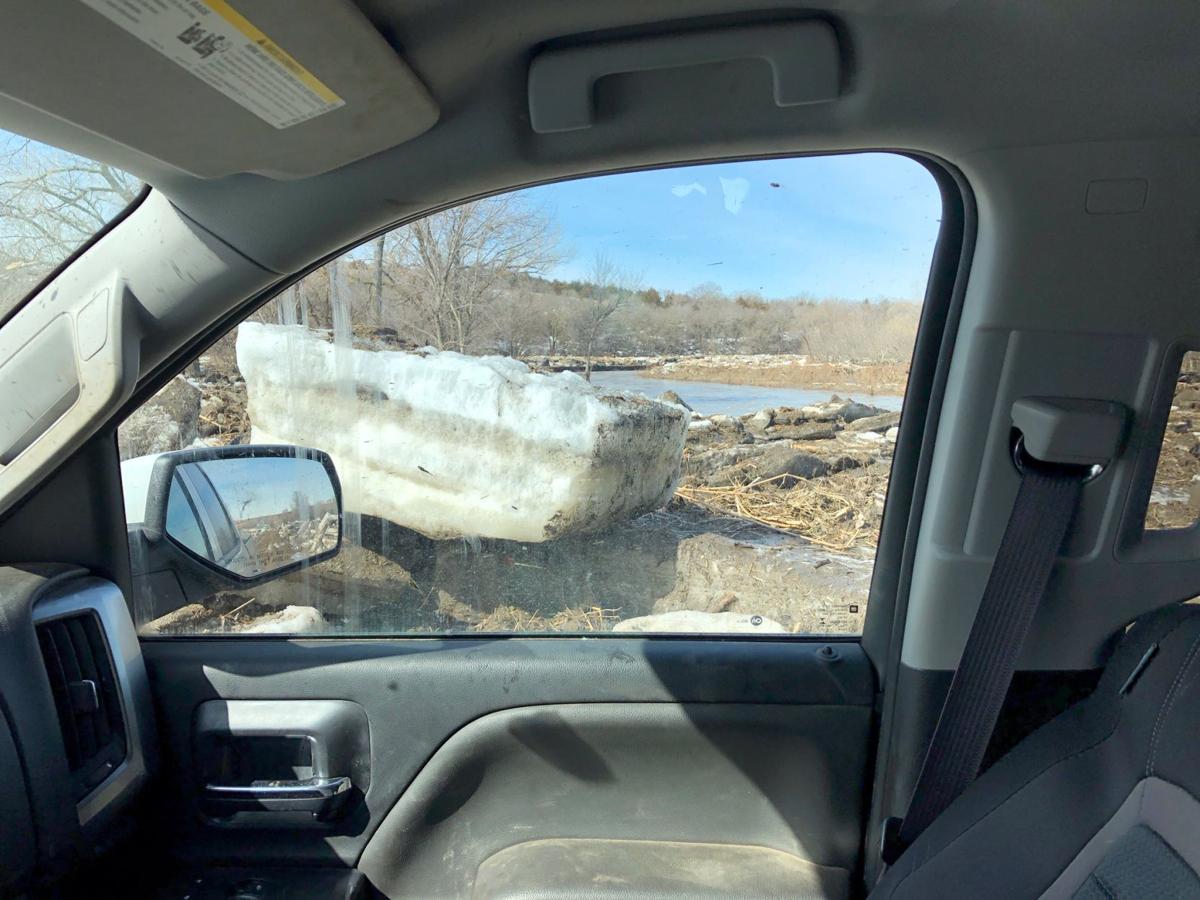 Ice chunks stacked up next to a pickup in Verdel, Nebraska.

No one knows for sure how much lifestock has been lost in the flooding and blizzard of last week. But it could cost in the billions when the losses from livestock and crop losses are totaled.

Sheets of ice killed 12 bulls at the Ruzicka ranch.

Eric Alberts' land had only been accessible by boat until Monday.

Eric Alberts saved many animals in the flood but had to leave others behind.

Some pigs were able to swim out and survived.

The floodwaters are starting to recede.

About 50 cattle survived by getting to higher ground.

An ice-filled farm near Lynch, Nebraska.

Ice chunks left by the flood at a house in Verdel, Nebraska.

Ice chunks stacked up next to a pickup in Verdel, Nebraska.

Hammel: Nebraska family builds 'Field of Flags' on their farm to honor veterans

Don Molacek Jr. and his wife, Donna, an Air Force veteran, pooled their resources with Molacek’s two sisters, Ardene Belina of Howells and Renee Tichota of Lincoln, to design and build the memorial.

It's the largest-ever grant for the independent, nonprofit research center, established in 1973.

Deer attacks Nebraska woman on her farm, sending her to hospital

Deer attacks are rare, said Alicia Hardin, spokeswoman for the Nebraska Game and Parks Commission, which is investigating the attack.

Farm finances deteriorated across a swath of agricultural states during the summer and early fall despite the Trump administration’s second round of trade aid payments and slightly higher prices, the Federal Reserve Bank of Kansas City reported Thursday.

Futures File: Rallying prices might be coming too late for U.S. dairy producers

More than 20% of dairy farmers quit the business during the last five years, part of a larger pattern of farm consolidation and bankruptcies that has been plaguing farmers across the Heartland.

Some areas of the Sand Hills, in north-central Nebraska, have seen rainfall totals 8 to 12 inches above normal, forcing groundwater levels to rise and adjacent lakes and marshes to overrun roads, highways and corrals.

A new report by the American Farm Bureau Federation shows a 24 percent increase in Chapter 12 bankruptcies nationwide over the previous year. There were 37 farm bankruptcies in Nebraska and 24 in Iowa.

The odds favor a wetter-than-normal winter in the upper Missouri River watershed, and weather experts are advising people to brace for the likelihood of additional flooding by next spring.

'We are through the worst of it' as holiday weekend snow, wind march east from Nebraska

A winter storm that brought winds gusting over 65 mph to western Nebraska was moving out of the state and toward the Great Lakes on Sunday.

Eight months after massive floods in Nebraska washed out chunks of one of the nation’s longest stretches of trail, crews are still trying to repair the scenic pathway used by hikers, bikers and horse riders.

Light snow expected in Omaha this morning, but heavy winds could cause problems

While significant snowfall isn't forecast, the winds are expected to be strong enough to cause limited visibility, said Van DeWald, a weather service meteorologist.