With sales falling, pork rebrands in quest for bigger slice of the market
0 Comments
Share this
1 of 5 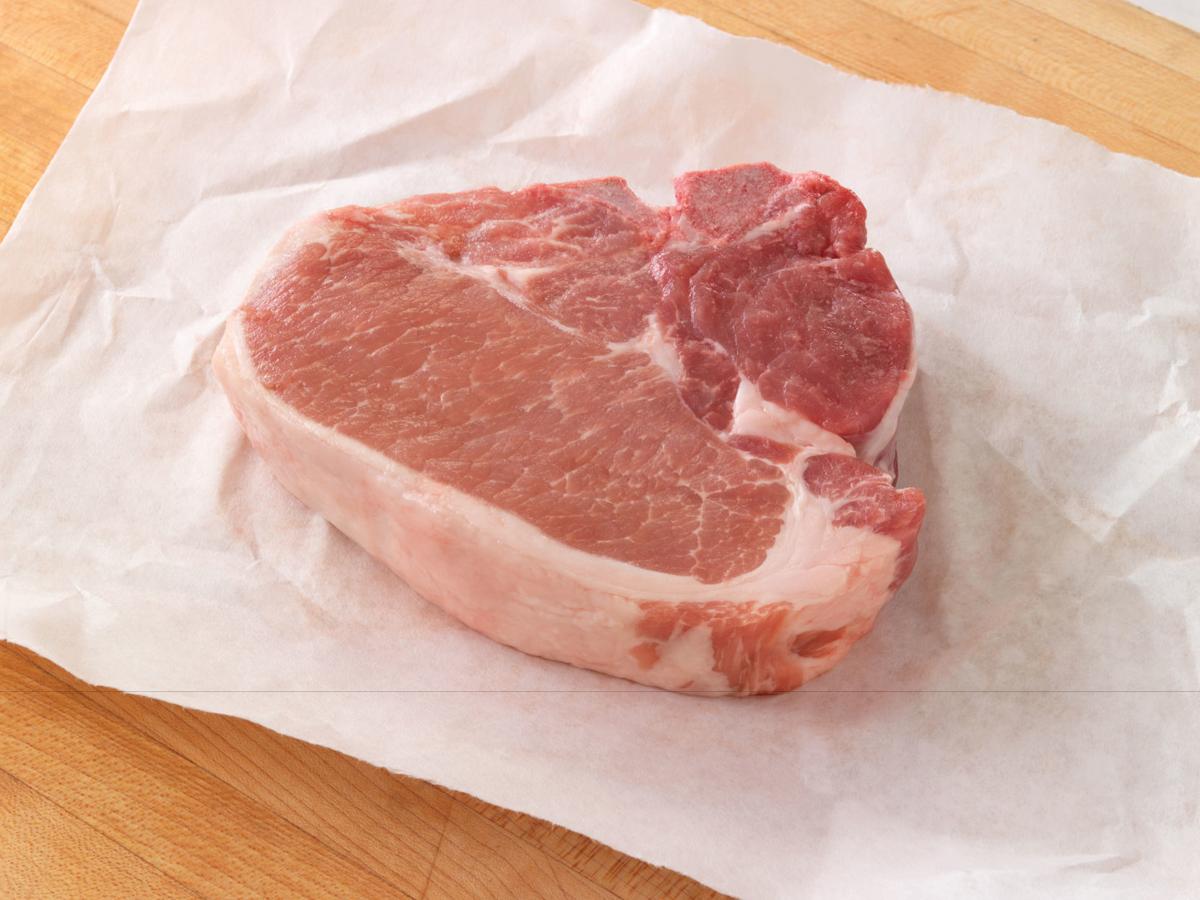 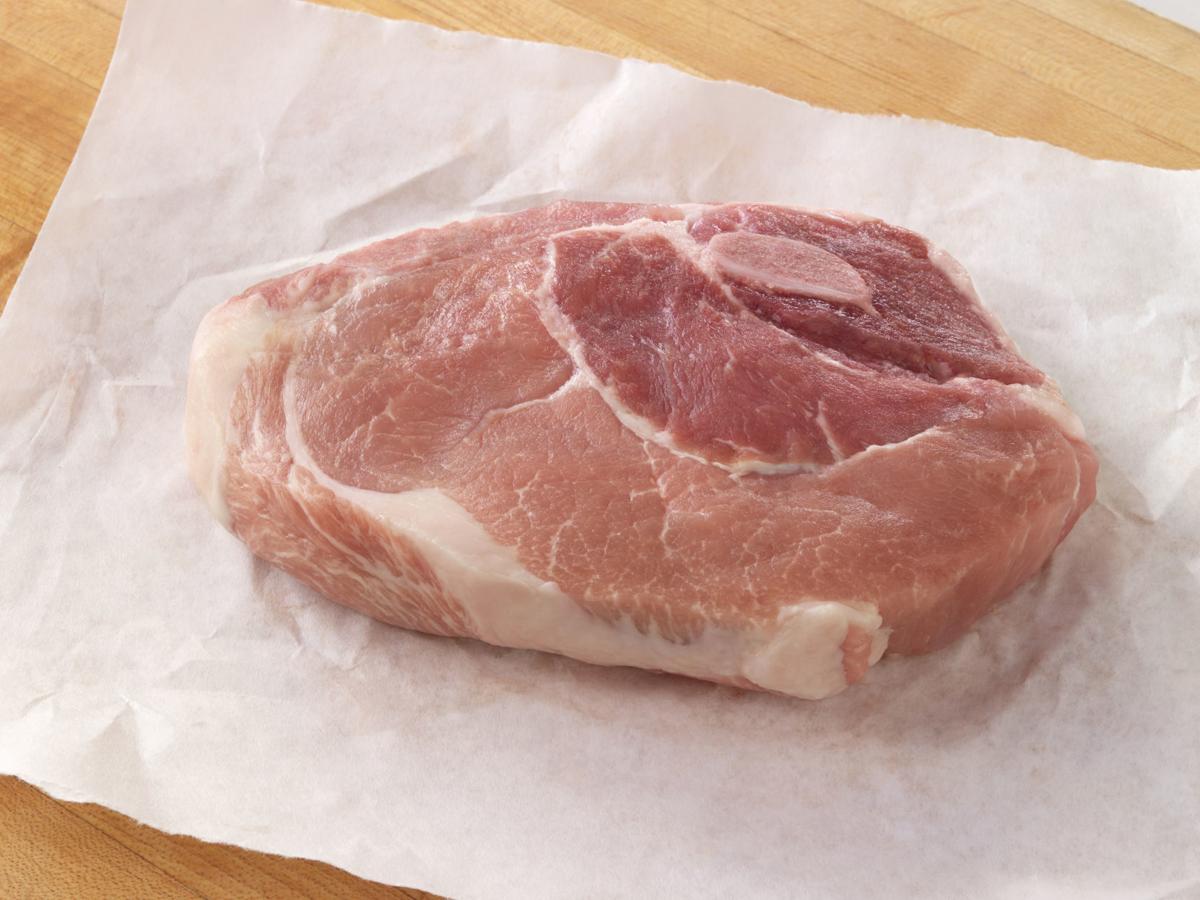 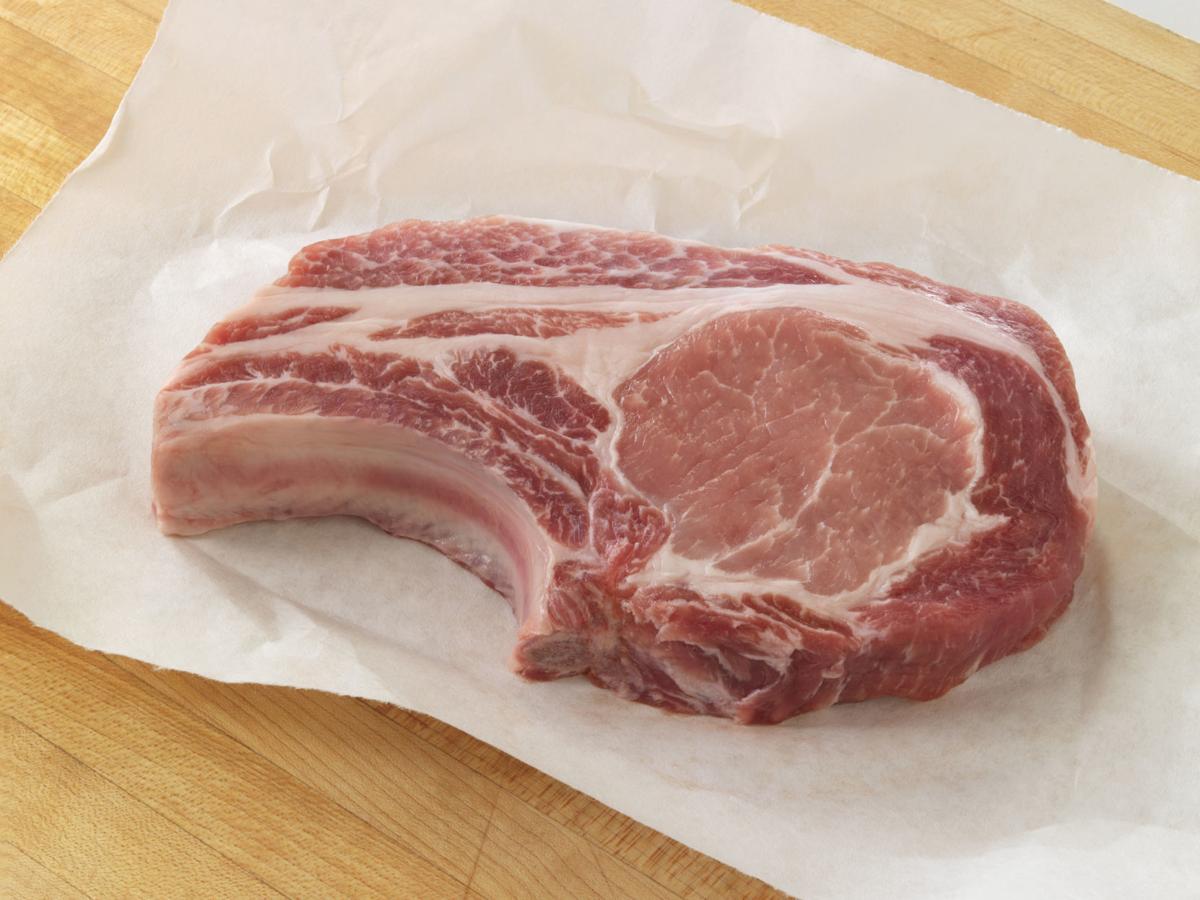 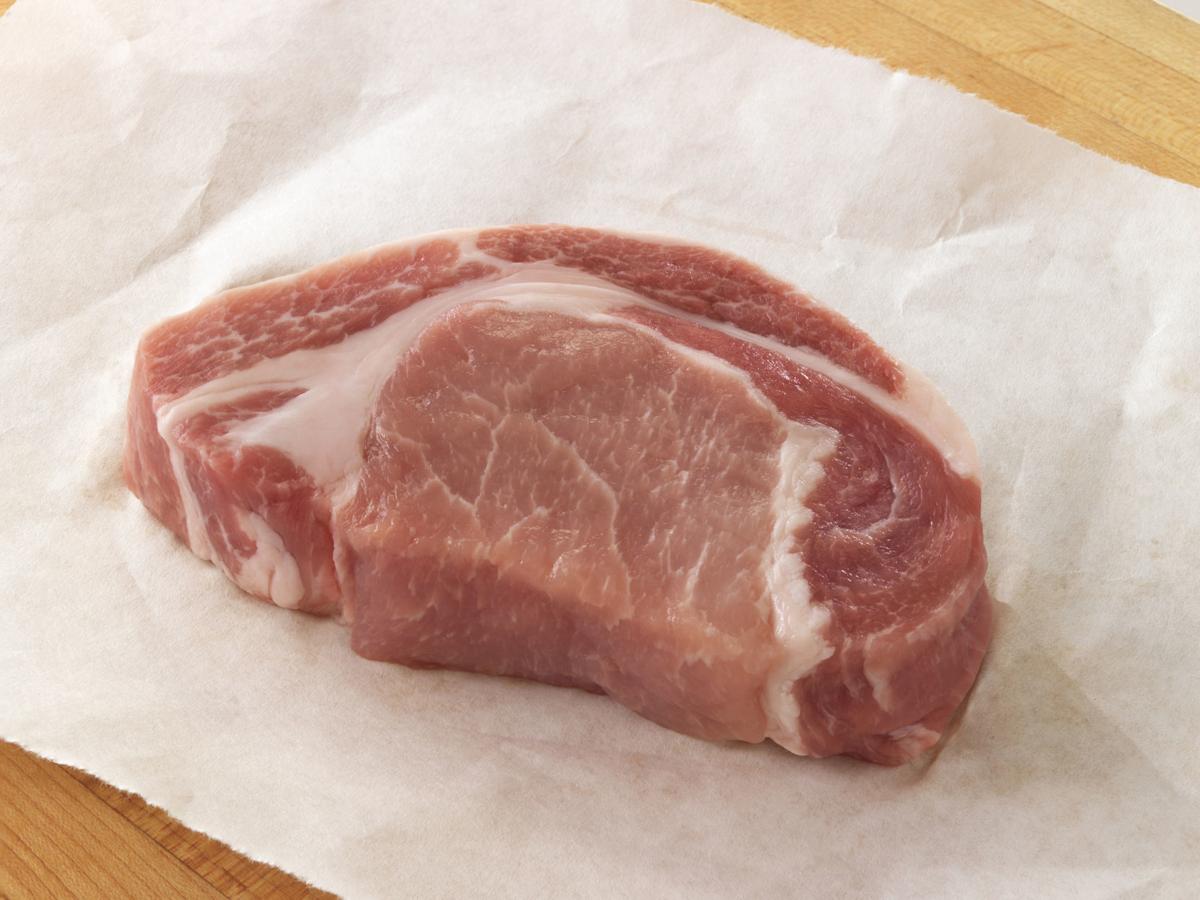 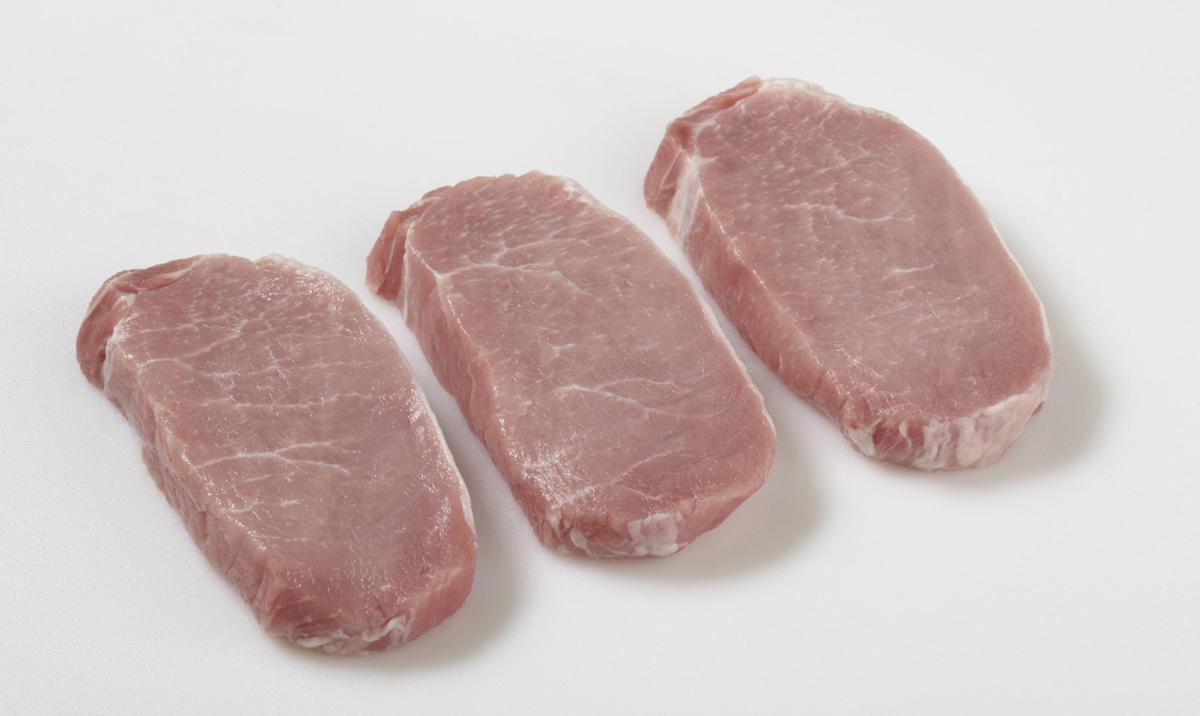 You remember the old ad campaign “Pork. The Other White Meat,” right?

A lot of people do. For the pork industry, that’s a problem.

The best-tasting pork chops, it turns out, aren’t the really pale, lean ones. They’re a darker pink color, marbled with fat.

The famous ad campaign, launched in the low-fat ’80s by Omaha-born advertising firm Bozell, did almost too good of a job positioning pork as a lean meat, industry leaders now say.

The fact that consumers still seek out whiter cuts — and then tend to overcook them into dry, white hockey pucks — contributes to falling sales of fresh pork among today’s flavor-seeking consumers.

It’s a problem that the nation’s hog producers look to reverse with a new marketing campaign designed to put a bigger variety of fresh pork cuts on restaurant menus and in grocery store butcher cases, and to educate shoppers on how to select and cook them.

The problem doesn’t extend to processed pork, like sausage, deli ham or the industry’s blockbuster cut, bacon. But you can’t raise and sell just a pork belly.

“We’ve got to sell the rest of the hog,” said Nebraska pork producer Terry O’Neel, president of the National Pork Board.

The average consumer buys fresh pork — cuts like a tenderloin, a chop, a shoulder roast or ribs — just 6.2 times a year now, down from almost 7 times a year in 2013, according to the Pork Board, based in Des Moines. Sales volume of pork declined 3 percent in the U.S. in the period between July 2016 and July 2017, according to statistics from data cruncher Nielsen; beef logged an increase of 6 percent during the same time period. Turkey rose 1 percent, and chicken was flat.

Of particular concern is consumer lack of interest in the pork chop. A slice of the pork loin, the pork chop ought to be a star, the way a steak is tops with beef.

“Our premier cut of pork is steadily declining over time,” said Bill Even, Pork Board chief executive officer, speaking to the Nebraska Pork Producers Association on Tuesday in Lincoln. “That’s money we’re leaving on the table.”

Pork producers want to reverse the sales trend because the industry has never had so much pork to sell, with record production in 2017. Nebraska’s pork industry is not at a record size, but is growing.

Export markets are booming, with other nations buying more than a quarter of U.S. pork. Pork is the most popular meat worldwide, but in the U.S., people eat far more chicken than either pork or beef.

The industry wants to entice domestic customers to buy more pork, too. In recent years, it’s emphasized that people don’t need to cook pork for as long as many seem to think — noting the USDA-approved ideal cooking temperature for a pork chop is a medium-rare, pink-in-the-center 145 degrees.

And the pork industry has followed the beef industry’s lead and bestowed different names onto different types of pork chops: porterhouse, ribeye and sirloin, to distinguish where on the hog the cuts come from, and how best to cook them.

But consumers don’t seem to have picked up on the new advice, said O’Neel, who raises hogs near Friend, Nebraska.

So the industry is embarking on a wholesale makeover of its marketing strategy.

It started playing down “The Other White Meat” in about 2005, and earlier in this decade launched a “Pork: Be Inspired” campaign around home cooking inspiration, targeted at a more narrow slice of the market, especially home cooks who were already buying pork, said Jarrod Sutton, vice president of domestic marketing for the Pork Board.

Now, with a $19 million budget for 2018, the group wants to reach out to a wider diversity of consumers, summed up by what the Pork Board calls the three M’s: mobile, millennial and multicultural.

The media marketplace is too fractured to reach those shoppers with a nationwide ad campaign like “The Other White Meat.”

Instead, the Pork Board is going through pork sellers, talking to the nation’s biggest processors (think Smithfield and Hormel), high-volume retailers (like Costco, Walmart and Amazon) and most popular restaurants (like McDonald’s and Arby’s).

The group wants to be a sort of expert consultant, sharing its consumer research and helping processors and retailers create cuts and products that more of their specific customers will want to buy — and that they’ll buy instead of competitors beef and chicken. What that product looks like at Costco would be different than at Walmart, which serves a different customer.

An example of how this would work is a project the Pork Board worked on with Arby’s to launch a new sandwich in 2017. It featured porchetta, or pork loin wrapped in pork belly, sliced thin and piled on a roll.

In addition to developing new restaurant menu items, the pork group also wants to be relevant to grocery shoppers and to people searching online for recipes and dinner inspirations.

It wants to educate them on how to select the right cut, and how to cook it for the maximum flavor. So it’s teaching retailers how to better present pork, and it’s buying advertising on Google and YouTube.

The Pork Board has its work cut out for it, said grocery analyst Phil Lempert of Supermarket Guru in Santa Monica, California.

On paper, pork should be popular. It’s affordably priced, nutritious and fits in with today’s protein trend, Lempert said. “The fear most consumers have is they don’t know how to cook it,” Lempert said.

Pork isn’t alone. The beef industry, too, has struggled with falling sales as chicken’s popularity took off. Now, alternative proteins and plant-based protein products are a threat.

Working with restaurants and with retail foodservice operations makes sense, he said, as that’s increasingly where people get ideas for what to bring home.

“The Other White Meat” worked in the ’80s, but Lempert said, “After awhile, those campaigns just get tired. You can’t have one note and just keep banging away at it.”

How to make room for fun in your monthly budget

How to make room for fun in your monthly budget

A growing number of Nebraska farmers are looking into raising livestock at a time when low crop prices have made it harder to turn a profit through raising corn and soybeans alone.

Wellman said a priority for his office will be to reinforce existing trade relationships and lay the groundwork for new deals, picking up where former Ag Director Greg Ibach, who led the department for 12 years, left off.

Trade with South Korea is just as important to Nebraska’s beef producers as trade with Canada and Mexico, the Nebraska Farm Bureau said Friday.

In Iowa, the country’s largest egg-producing state, there are fears that the trend has gone too far. And last week, lawmakers there passed an unusual bill that would require many stores to stock eggs from caged chickens, a move designed to stop retailers from phasing them out.

Higher prices at the grocery store? Food inflation is rising after two years of declines

Despite now-rising costs for food ingredients, and higher prices to buy food from manufacturers, stores will be cautious in raising prices, on average, in 2018.

The company said in a statement that its workforce "will remain in place" after the sale to WholeStone Farms, a company owned by 220 farmers and other ag producers.

As 2 USDA agencies move to Kansas City, most of the workers quit

Many staffers have decided to give up their jobs rather than move, prompting concerns of hollowed-out offices unable to adequately fund or inform agricultural science.