On Saturday, friends and family of a remarkable Nebraska woman will bid a final farewell.

The funeral service for Glenna Oltman will be held at 11 a.m. at Immanuel Lutheran Church in Louisville, Nebraska. Glenna was born on a farm near DeWitt, lived most of her life in Weeping Water and Louisville and later moved to Lincoln. She died Tuesday after an illness. She was 80.

Glenna might have died a lot sooner after a devastating bout of cancer left her with a horribly disfigured face. The cancer was in her jaw, and she had to have much of that removed. Treatment was painful and frightening and left her impaired in speech and eating.

Her husband, Norbert, died in 2002, before her diagnosis.

At one point, she wished that she could die.

But Glenna had too bright a spirit, too strong a will. A portrait artist captured both in a painting that had hung at the Nebraska Medical Center; that portrait helped her to see that for herself.

I got to write about that painting and about Glenna’s sparkle and steel in 2016.

She taught me about gratitude, saying then: “I still have life. What more could I ask for?”

Reached Friday, Glenna’s primary caregiver, her brother Steve Klostermeier of DeWitt, said Glenna was his family’s go-to person and will “be dearly missed by this entire family and especially by me.”

0 comments
To plant a tree in memory of Grace: Nebraskan as a living tribute, please visit Tribute Store.

Two Omaha couples got married one day apart in 1969. Saturday night, some 50 years after they tied the knot, the lifelong friends will celebrate a collective 100 years of marriage with Mass, dinner and a deep sense of gratitude for making a happy milestone.

Grace: Omaha woman died before she could tell her story; her relatives are telling it for her

Grace: Nebraska — not sexy. But happy. So we've got that going for us

Within a 24-hour period, two list outfits — WalletHub and Big 7 Travel — ranked us, the stalwart Cornhusker State, No. 9 and No. Dead Last in categories of happiness and sexiness, respectively.

The weird, weekday, rush hour-oriented lane changes on a two-lane stretch of Farnam in midtown have long been a bane of neighbors and commuters. Talks have been had, meetings with mayors have been held, surveys have been done and Dundee-Memorial Park Neighborhood Association leaders are tired of waiting.

Grace: Author of New York Times bestseller 'The Hate U Give' coming to Omaha for library fundraiser

Students can submit their community service ideas by video to the Catholic Schools Office beginning Sept. 16. The contest runs through Oct. 14.

Cars and people have had an uneasy and, at times, fatal relationship. Car accidents are a leading cause of death; 230 Nebraskans died last year, including 24 pedestrians. That's a 62% jump in pedestrian deaths from the prior four-year average.

We were just in awe of the Hutchfest scale — 305 vendors stretched along eight city blocks. And we loved the inventiveness, from sweet felt baby mobiles to drink coasters with words that could not be said in a real church nor printed in a family newspaper.

Grace: 'The community is my family,' says The World-Herald's departing executive editor

Melissa Matczak "was my boss and also my friend, and we have shared both a love for journalism and also the agony of what constant deadlines mean for a semblance of family life."

This illness plants people in front of TV screens when some of the biggest moments of their lives intersect with football. No matter where in the world — or above the world, as astronaut Clayton Anderson can attest — their illness acts as a homing device to the nearest screen or Husker bar.

The $12 tour, organized by the Cathedral Arts Project, starts and stops at one of Kimball's most famous creations, St. Cecilia Cathedral at 701 N. 40th St.

Grace: Take some time to enjoy southwest Iowa and art next weekend

Sept. 20-22, Nebraskans are welcome to tour a dozen towns and check out the works of 90 different artists in them as part of the Southwest Iowa Art Tour, now in its sixth year.

Grace: Family is headed to 'Hamilton,' but one of us must stay behind

We’re a family of five, ticket sales were limited and our fourth-grader is the odd one out, though I have promised her the moon in return.

The letter came through the mail and was written in beautiful cursive. “Dear Erin Grace,” the writer began, before launching into a litany of complaints.

Grace: KIOS, a good friend who does all the talking and keeps me company, marks 50th birthday

KIOS, Omaha’s National Public Radio affiliate, started inside Central High School in 1969 as an educational exercise. The radio station predates NPR, which gave its first official broadcast in 1971. The Omaha station was one of NPR’s charter members.

The Catholic church at 6116 Dodge St. is turning 100, and to mark the milestone, the parish is selling preorders of 100th anniversary books, which have been produced by parishioners and The World-Herald.

Grace: Armed guards at church — an 'unfortunate' sign of the times

St. Columbkille Catholic Church in Papillion is arming volunteers for its weekly all-school worship hour, and will have off-duty law enforcement officers on watch. They won’t be in uniform, so it’s not like children will pass through a gauntlet on their way to worship. Still, these volunteers will be carrying guns.

Some of the best neighbors in America live in Council Bluffs. That's according to the free neighborhood networking app Nextdoor, which recognized Rob and Robyn O'Doniel in its "Great Neighbor Shout-out" contest.

Instead of offering a timed run, like the past Race for the Cure, this year’s event featured a 1.25-mile walk following arena activities. Organizers hoped the change would underscore Komen’s core values: research, care, community and action. 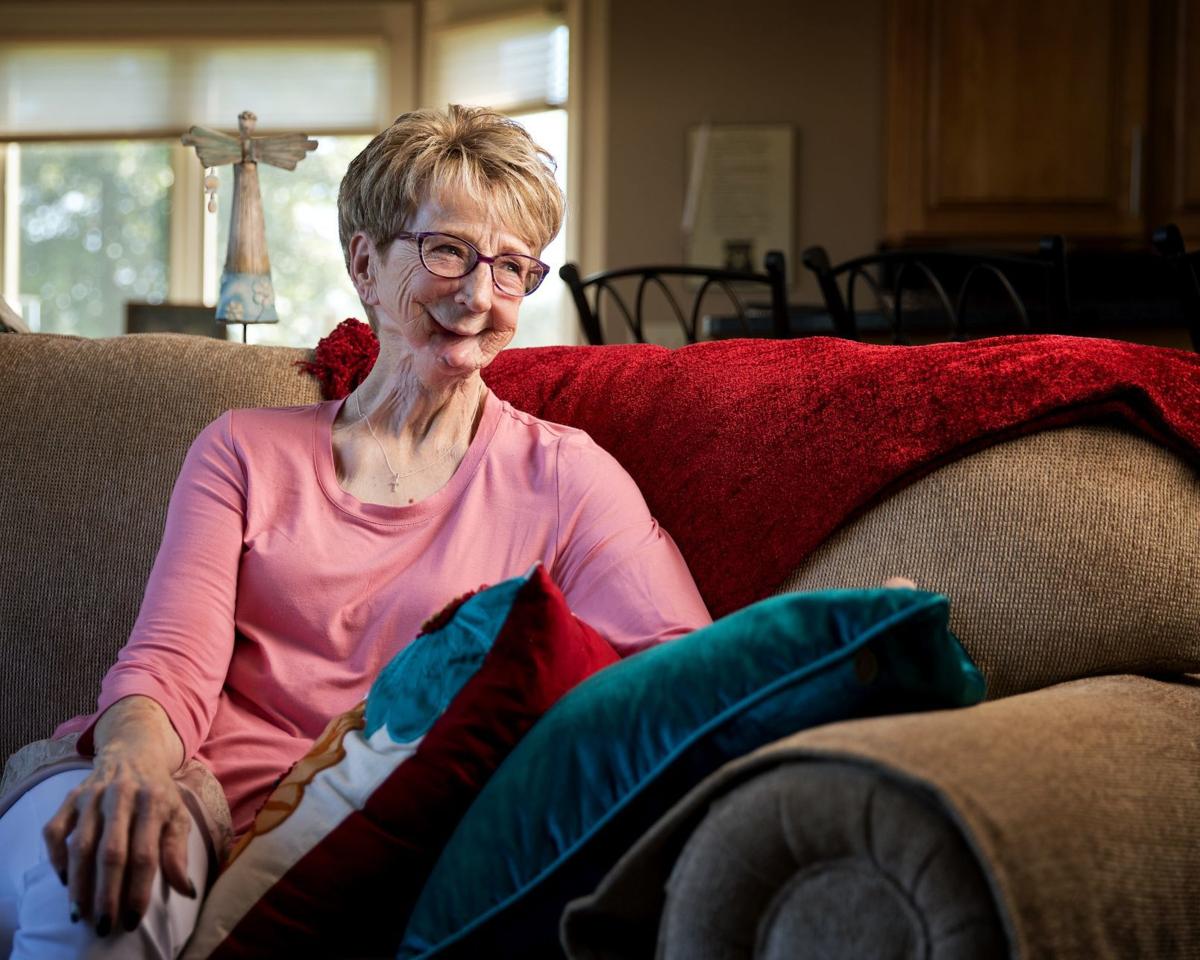 Glenna Oltman poses for a portrait at her home in Lincoln on Aug. 22, 2016. Oltman lost half her face to cancer. Then a Scottish artist working at the Nebraska Medical Center painted her picture — and it changed her outlook. She died Tuesday at the age of 80.

To plant a tree in memory of Grace: Nebraskan as a living tribute, please visit Tribute Store.

To plant a tree in memory of Grace: Nebraskan as a living tribute, please visit Tribute Store.
© Copyright 2020 Omaha World-Herald, 1314 Douglas St., Suite 1500 Omaha, NE | Terms of Use | Privacy Policy
Powered by BLOX Content Management System from TownNews.com.
You don't have any notifications.