Pot Dad talks about being 'really, really high' and his judgey cat
0 comments
Share this
1 of 2 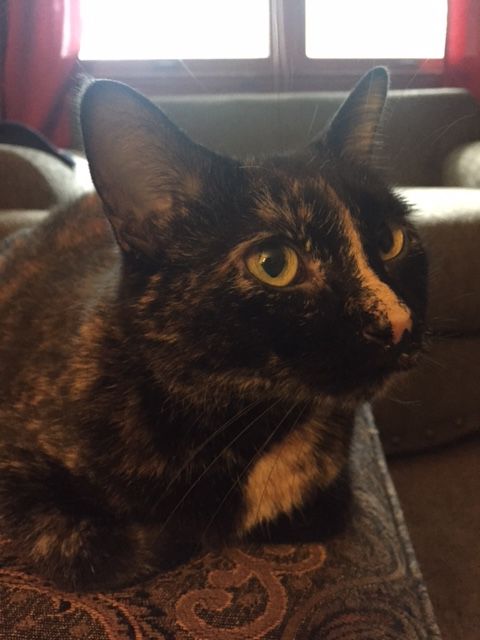 Kipper the cat "can be a bitch," says the Omahan who ate several pot brownies and alerted the paramedics to Kipper's nature. 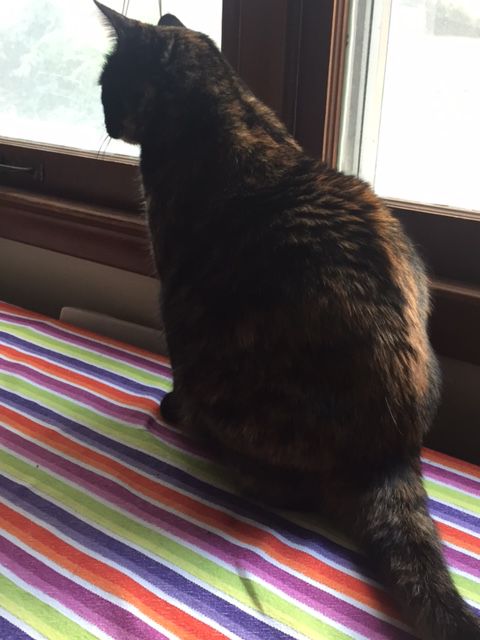 Kipper the cat with her back to the world.

Geometric shapes flew like Top Gun fighter jets at his head and — whooosh! — banked and accelerated past his ears.

His heart was pounding and his hands were shaking and his throat was sandpaper dry. But as he lay there, an hour after the cops came and filed the police report that would soon make him an accidental Internet sensation, he tried to ignore the demons and Top Gun trapezoids.

He forced his mind back to the late 1970s, when Jimmy Carter was president and he was young and doing ... things that ’70s kids did. He remembered this feeling, remembered it like you remember how to ride a bike even if you haven’t climbed on one in 29 years.

Mike is his name, northwest Omaha is his home, and until, oh, 5:30 p.m. or so on Tuesday, he was a completely anonymous husband and dad who works in the transportation industry.

By Wednesday afternoon his Omaha police report and our resulting World-Herald story had zoomed around the Internet, fighter jet style, seemingly making its way to every dad and every stoner and every stoner dad who happened to surf past BuzzFeed or Jezebel or Reddit.

Which is pretty weird, because on Tuesday night, The Pot Father wanted to do the following two things.

He wanted to eat some leftover pepperoni-and-sausage pizza. And he wanted to watch the CBS sitcom “Mom,” starring Allison Janney and Anna Farris as a crazy mother-daughter duo.

But then he went out to his car, to grab some groceries that his elderly father had left in the back seat, and that’s when he found the brownies.

They were wrapped in plastic and hanging over the edge of the grocery bag.

He did not scarf said brownies in the car, as some national online stories suggested.

He’s a civilized man, so he took the grocery bag and the brownies inside, heated up his pizza and considered the baked goodies to come.

Maybe my stepmom made them, he thought.

He ate the pizza, unwrapped the brownies and bit into one. It tasted caramelly. It tasted gooey.

So he ate himself a bunch of brownies, maybe two or three or four, and that, of course, is when things got super weird and then Internet famous.

Everything was fine for maybe a half hour, when he tried to chase the dog. He got dizzy. And then, suddenly, very paranoid.

“I started putting two and two together,” he said. “But it didn’t add up to four yet.”

He went inside, having forgotten all about the hit CBS sitcom “Mom.” His wife repeatedly called their two children, who are 19 and 20. Finally she got one on the phone, and started an interrogation, and of course, the child, being a member of the animal kingdom born with survival instincts, did not want to answer.

Mike remembers yelling something like: I don’t care! Just tell me how high I’m going to get!

Except he was cursing. A lot. He couldn’t stop cursing. The Pot Father suddenly had a mouth like a sailor.

Then they dialed 911, reported an accidental overdose. The cops and paramedics showed up, and after they took his vitals and pronounced him fully healthy, they stood around and grinned at him with goofy grins. That’s at least what The Pot Father remembers. He was still pretty paranoid.

But The Pot Father was not so sure, so it was then that he tried to go upstairs to his bedroom, where later (as he got even higher) he would see the demons and the flying circles and squares.

Except that as he walked across the living room somehow his walk turned into a crawl. And then somehow his crawl turned into a military crawl like he learned at Marine Corps basic training back in 1981. (“Michael was displaying odd behavior,” the police report reads. “Crawling around on the floor ...”)

And then somehow he was sprawled on the stairs, and the family cat, Kipper, was standing at the top of the stairs staring down at him, unblinking. Maybe a tad judgey.

For the record, The Pot Father claims he was actually attempting to tell the paramedics helping him off the stairs that the cat is sometimes a bitch. As in, don’t touch her tail, guys, that cat will claw-shank you. But it maybe came out kind of weird, owing to the fact that he had just accidentally ingested an enormous amount of pot brownies. Maybe, just maybe, it came out sounding like he was “calling their cat a ‘bitch’ ” as the police report so eloquently states.

Which he wasn’t, The Pot Father swears. Although: “She can be a b...,” he tells me Thursday night.

The pot-fueled visions of demons and vampires and flying shapes are long gone, as is the paranoia and the inability to properly walk across his living room.

The Pot Father, aka Pot Dad, aka Mike, thinks this story is pretty funny now. He thinks his resulting Internet fame is pretty funny, too. But he would like you to know that there are two parts that are not funny.

He quit alcohol and drugs 29 years ago, after they wrecked his life. He has the sobriety pins to prove it. He is very worried that other people in the program will consider this a relapse. And he is a bit worried that it could actually result in a real relapse, which is in part why he was going to a meeting after he talked to me Thursday night.

He is also worried about his adult daughter, the one who had the pot brownies and threw them into the back seat.

“I’m so sorry,” she texted him yesterday.

The Pot Father could tell that she felt terrible. He just wants her to be healthy and successful and happy. It’s OK with him if she eats a few pot brownies along the way.

I’m not mad, he texted back. There’s nothing to be sorry for.

It was an accident, he texted her. Everything is fine.

And then The Pot Father signed the text, like fathers of all geometric shapes and sizes will do.

The man’s wife told police that as she and her husband were watching TV, he told her he was getting “bad anxiety.” She tried to call their children to ask them what was in the brownies but couldn’t reach them.

More than 1.5 million people have seen online the photo of flames shooting from downtown Omaha manhole covers. But is it real? Matthew Hansen investigates.

Kipper the cat "can be a bitch," says the Omahan who ate several pot brownies and alerted the paramedics to Kipper's nature.

Kipper the cat with her back to the world. 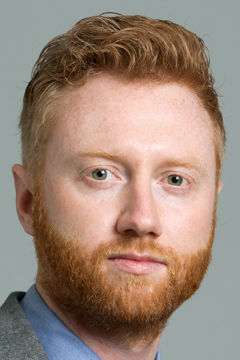 Above is World-Herald columnist Matthew Hansen, who is not the Omahan who inadvertently ate several pot brownies Tuesday.