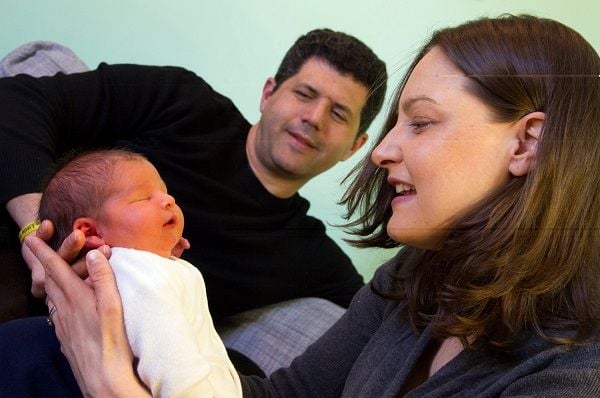 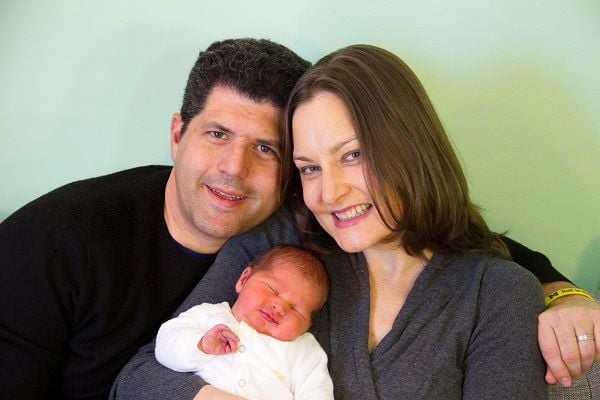 Eric Strauss and Bridget Kelly with baby Joshua Carl Strauss, who was born at 8 pounds, 15 ounces. 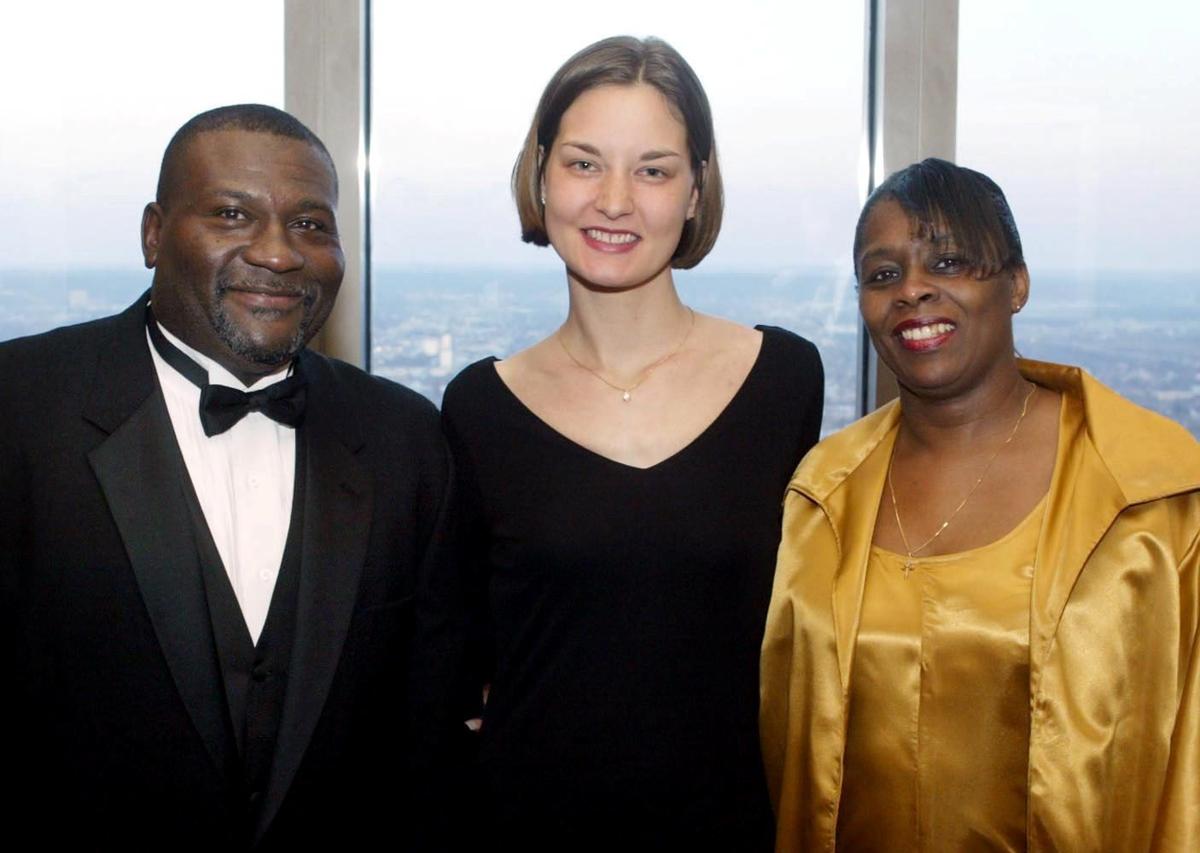 Frank James and his wife, Dennette, left and right, with Bridget Kelly at patron party for the juvenile diabetes fund-raising event on Feb. 8, 2003.

In the minute after her attacker drove off, leaving her to die in a field from gunshots, the 24-year-old woman rose to her knees.

She looked down and saw the blood on her fingers and lower abdomen. In danger of bleeding to death, she thought about what her wounds could mean if she lived: “I might not be able to have babies.”

Longtime readers of this column may recognize that I’m referring to my daughter, Bridget Kelly, who — through her own will to live and the help of many heroes — not only survived but also drew wide attention for speaking out on behalf of survivors of sexual violence.

Bridget, a public-school reading specialist, and husband Eric Strauss, an ABC News producer she met when he worked on her story, now have produced a most welcome addition — Joshua Carl Strauss, born nine days ago at a robust 8 pounds, 15 ounces.

Twelve and a half years ago, as Bridget somehow made it 200 yards to a random house in the middle of the night, she couldn’t have known this beautiful little boy’s name. But even without a name, let alone a gender, Baby Joshua was surely in her thoughts.

For all parents and grandparents, birth is a joy, a wonder and a renewal of hope. We are all mortal, and yet we look in awe upon a newborn and see a kind of immortality — a sense that part of us will go on long after we are gone.

It’s also a reminder of the incredible biological lottery that we all won just by being born.

I wondrously looked upon my grandson Joshua and held him for the first time Tuesday. What were the odds, given that awful night in 2002 when his mother’s very life was in peril, that this child would ever join the human race?

Joshua someday will learn of his mom’s first hero, Army combat veteran Frank James, on whose doorstep she landed. “Oh, my God!” he exclaimed before covering her and calling 911. He stayed with her until police and rescuers arrived.

Three years ago, unfortunately, the man she called her “guardian angel” died of natural causes at 53. I was honored to eulogize him at his funeral.

Last week, our family was touched that Dennette James, his widow, congratulated the new parents on Facebook. She noted that Bridget has never defined herself negatively by what happened that night.

“I am so proud of you because you didn’t allow that situation to rule your life,” Dennette wrote. “Watch over little Joshua ... just like your guardian angel did for you.”

Over the years, Bridget occasionally has spoken at crime-victim vigils or other events, such as a fundraising banquet in Omaha last April for the Heidi Wilke SANE-SART Survivor Program at Methodist Hospital. (The acronym stands for Sexual Assault Nurse Examiner-Sexual Assault Response Team.)

In November, Bridget, 37, was the honoree in New York, where she and Eric live, at a fundraising dinner for SAVI, the Sexual Assault and Violence Intervention program.

For several years, she has served as a trained SAVI advocate for survivors in New York City emergency rooms. Her father-in-law, Dr. Elton Strauss of Mount Sinai Hospital, introduced her in front of 300 people at the fundraiser at Loeb’s Boathouse in Central Park.

In her four-minute acceptance, she praised doctors, nurses and police for all they do, and the SAVI program for its care and compassion.

For survivors in emergency rooms, she said, “it can be very lonely to be in a place of deep suffering.”

For those who volunteer to be with them, she added: “As an advocate, I have more time to listen — and to try to help the survivors understand that they didn’t deserve what happened, that it wasn’t their fault.”

Her own attacker, arrested within hours and later sentenced to life in prison, was a stranger. Most attackers, though, are known to their victims, and that in itself is very painful.

In any case, programs like SAVI in New York, SANE-SART in Omaha and others can share resources with survivors for follow-up care and counseling.

Bridget, the third of our four children, attended St. Cecilia Elementary and Omaha Duchesne, and graduated from St. Louis University. She started her teaching career in Killeen, Texas, home of Fort Hood, where she taught the children of Army families.

After a man kicked her door down and abducted her, she desperately tried to make a human connection, saying she was a teacher who loved reading, and didn’t he remember reading “Peter Rabbit”?

In fear for her life, she recited the Hail Mary aloud, “... pray for us sinners now and at the hour of our death.”

He drove her to a field near a subdivision, raped her and shot her three times in the back, the bullets exiting her front. She lay still, and he drove off in her car, thinking she was dead. But she got herself out of that field.

Her life was saved in 6½ hours of surgery at the Fort Hood Army Hospital. (Last week she happily heard from Dr. Clinton Beverly, one of her surgeons, now a civilian living in Virginia.)

It was a long recovery, but she returned to teaching at Fort Hood. She later received a master’s degree in literacy education from New York University, taught school in New York City and married Eric there in 2012.

This school year they are living in Ann Arbor, Michigan, where he is taking part in a midcareer Knight-Wallace journalism fellowship at the University of Michigan.

Among family and friends, her pregnancy was big news. Because Eric’s last name is Strauss, I attempted a little levity in referring to the baby growing inside her as “little Levi.”

We love his strong name, Joshua Carl Strauss. His middle name comes from Eric’s beloved grandpa, Dr. Carl Strauss, who died in 2013. Joshua is the ninth grandchild for Barb and me, and the first child for Bridget and Eric.

Two months after her 2002 survival, Bridget was diagnosed with Type 1 diabetes, which ever since has meant regular checking of blood sugar and injections of insulin. The disease made for a high-risk pregnancy, with a need for especially tight control of blood sugars to protect the baby. She’s had wonderful doctors.

At 24, Bridget very nearly lost her life in the middle of the night, between 3 a.m. and 4 a.m., when her thought in that horrible hour was about future life. Last Saturday, she gave life at the same hour, 3:35 a.m.

As a literacy specialist, she has often said it’s important to read to babies. Not that they can understand words, but they begin to hear the rhythm of language.

In an online announcement shortly after Joshua’s birth at the University of Michigan Medical Center, Eric wrote: “Momma Bridget did an amazing job, is feeling healthy and ready to order room-service breakfast with our new baby by our side.

“After breakfast, we will begin reading lessons.”

I chuckled at his quip. But, sure enough, that’s what they did.

On the morning of his birth, Bridget read Joshua a favorite story aloud: “The Tale of Peter Rabbit.”

Happy Birth Day, Baby Joshua. May you long enjoy your first and best birthday present — the gift of life.

Kelly: Ex-porter at Union Station, who once handled passengers' baggage, offers a ride into the past with his stories

A long-ago Red Cap at Omaha’s old Union Station, Bob Fahey, 86, enjoys volunteering today at the station, now the gleaming Durham Museum, and sharing his tales of the old days.

Kelly: ‘Landlocked’ Kountze Memorial Church buying KETV site, so it can have room to grow

The broadcasting company is planning to move this fall to the old Burlington train station at 10th and Pacific Streets, a $22 million renovation project.

'Don’t let fear of failure hold you back': An aunt’s advice to niece on life, love

Omaha native Bridget Kelly was 24 and teaching in Texas in 2002 when she survived an attack by a stranger. She often has said that after her attacker left her for dead, her first thought upon rising to her knees was that if she didn’t make it to houses in the distance for help, she would die and her baby niece would never know her.

A recent report noted that while in office, President Barack Obama has yet to visit three states: South Dakota, South Carolina and Utah. Wait a minute. As president, he has visited Nebraska?

Kelly: From her sorrow, Omaha artist paints a wish for peace

Jaclene Clinkenbeard was moved to create the artwork after a gang-related incident where eight people were shot. Omaha "has a lot of potential to be a good city. ... But we’re kind of lost right now and headed down a bad path," she says.

In June of 1945, an American plane named “City of Omaha” joined other B-29s in dropping incendiary bombs on a city in Japan — Shizuoka. This year, Omaha and Shizuoka celebrate 50 years of friendship and exchanges as part of the Sister Cities Association.

Eric Strauss and Bridget Kelly with baby Joshua Carl Strauss, who was born at 8 pounds, 15 ounces.

Frank James and his wife, Dennette, left and right, with Bridget Kelly at patron party for the juvenile diabetes fund-raising event on Feb. 8, 2003. 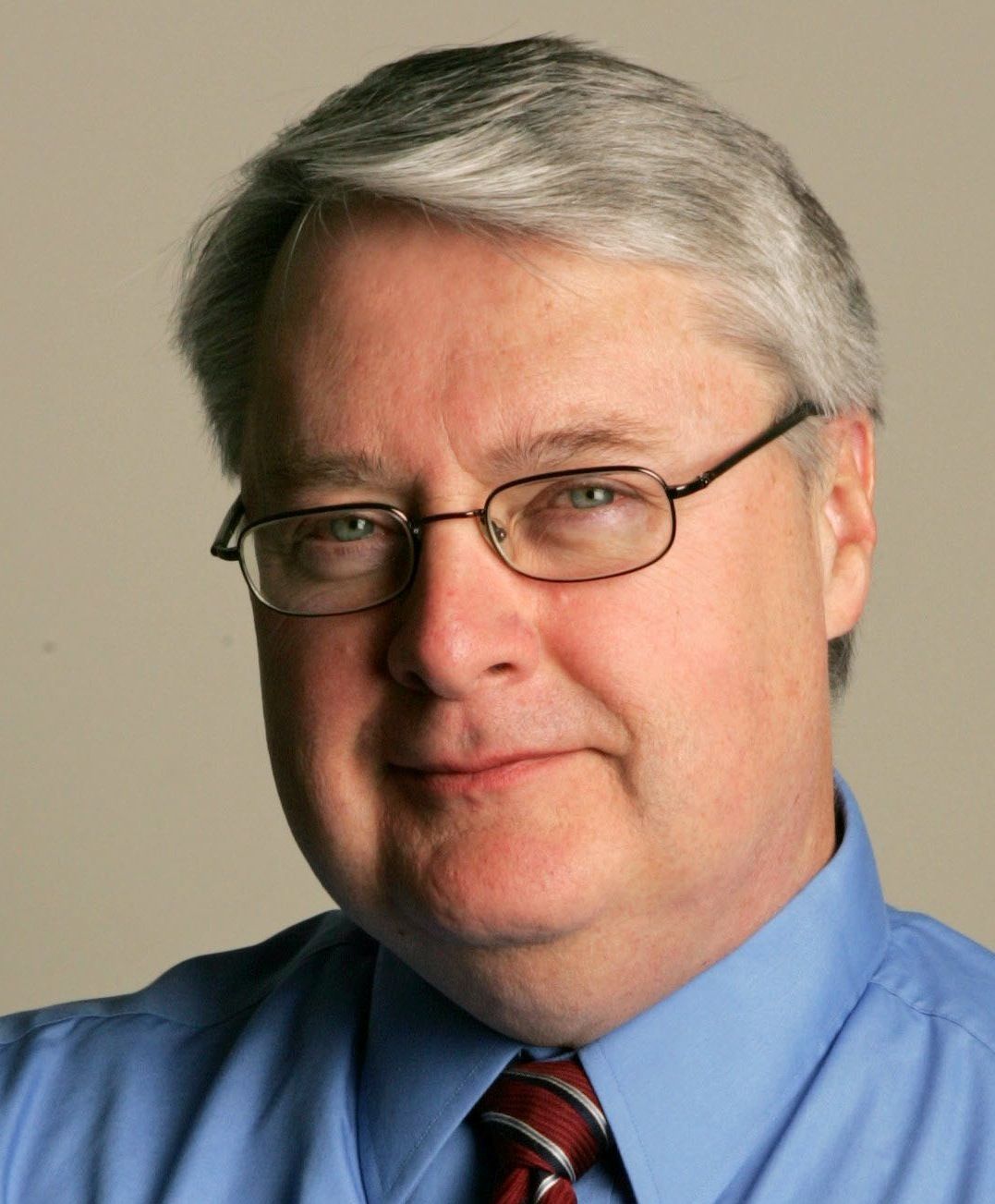