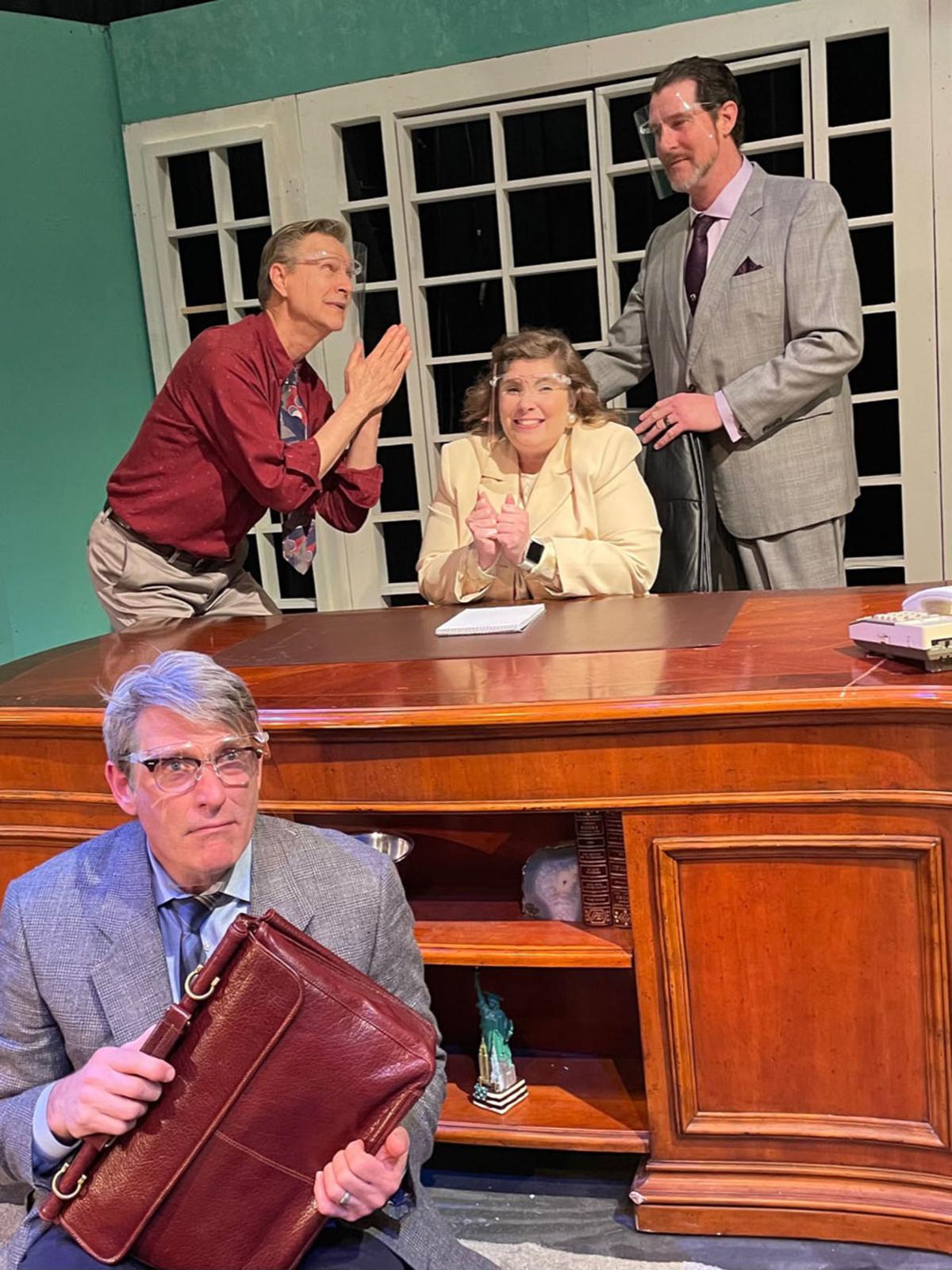 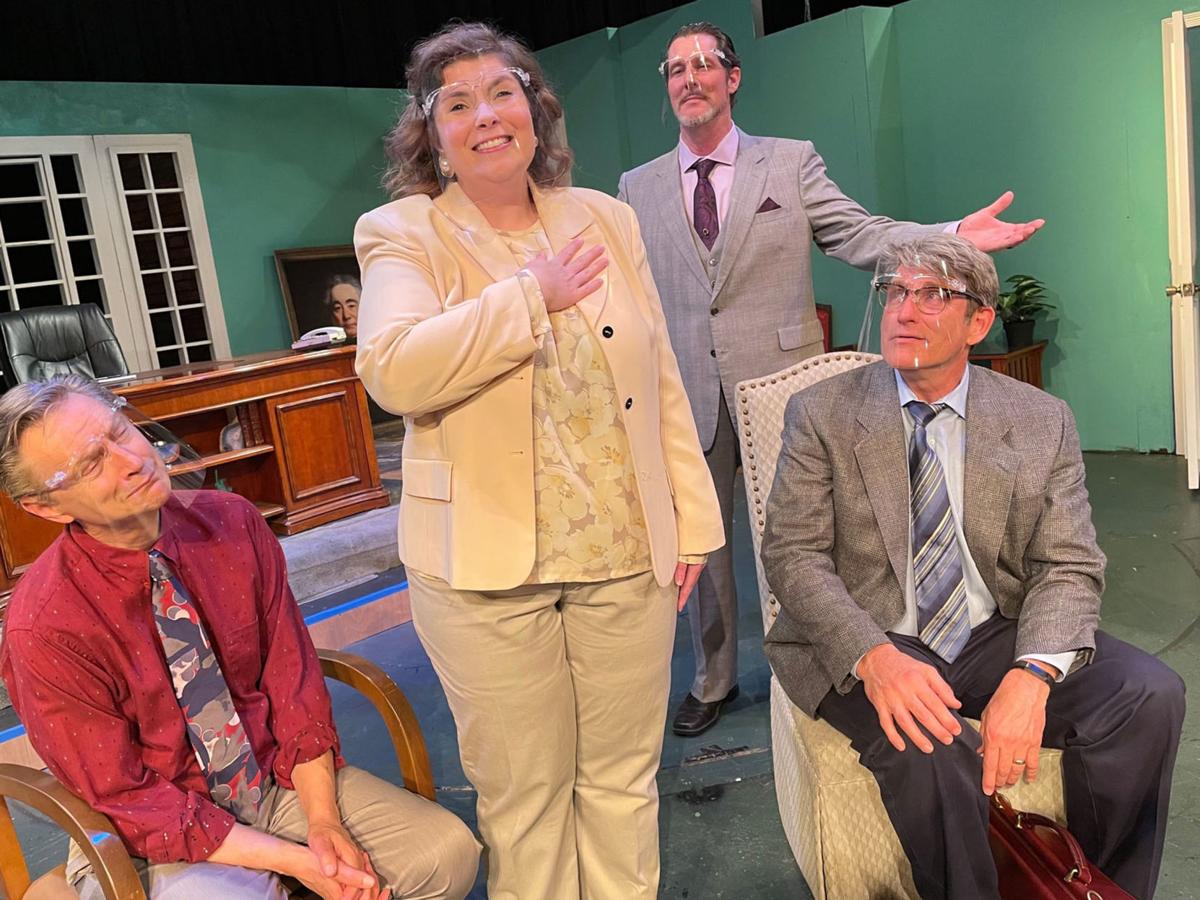 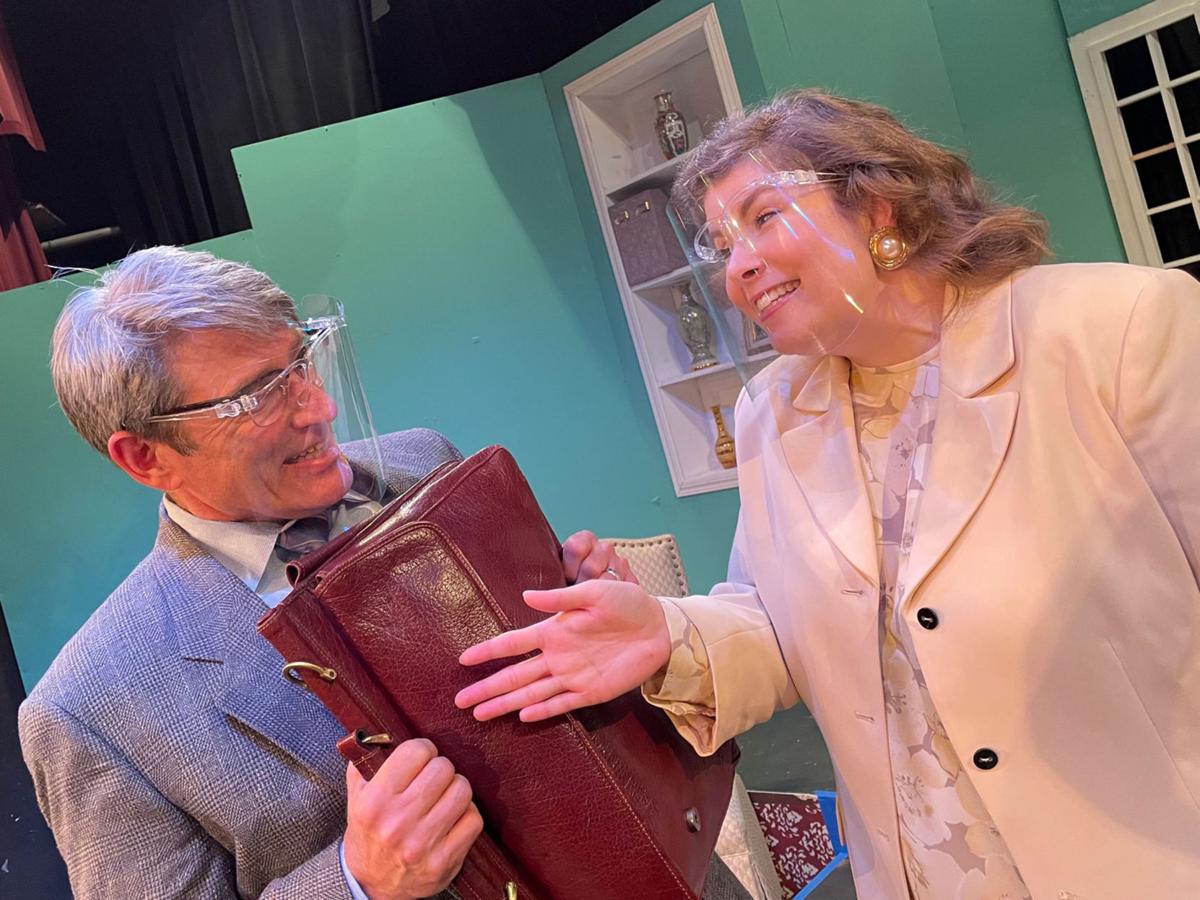 Brennan Thomas (Ned Newley), left, and Sarah Dighans (Louise Peakes) are set to perform in the Bellevue Little Theatre’s production of “The Outsiders” on April 30.

This political comedy will be presented on weekends, opening April 30 and closing May 22. Curtain is at 7:30 p.m. Friday and Saturday evenings and 2 p.m. on Sunday.

Director Marya Lucca-Thyberg said she laugh out loud when she first read the script. She said although the show is a comedy it is in part inspirational.

“After I’m done laughing all the time, I appreciate the bigger ideas in it,” Lucca-Thyberg said.

She said when it comes down to it, a successful comedy relies on knowing the characters are wonderful and real people.

“I think about when something happens in your life and it just makes you laugh like crazy, it’s because you openly and honestly do something and it turns out a different way; it’s unexpected, it’s a surprise,” Lucca-Thyberg said.

She said the trick to is help the actors keep fresh with the material so that every time something happens, it can feel new and make sense.

Lucca-Thyberg said audiences are interested in comedies because it allows them to share in the laughter with others.

“I think there’s nothing that makes me feel more alive than laughing,” Lucca Thyberg said. “Comedy is a joy that goes right down to your soul when you get to laugh out loud and share that energy with the actors in a different way.”

Due to COVID-19, seating for “The Outsiders” is limited and reservations are required. Reservations may be made by calling by calling 402-291-1554 from 10 a.m. to 4 p.m. Monday through Saturday or online at the BLT website.

COVID restrictions and social distancing will be in place for this production.

“The Outsider” follows a group of politicians and aids in the office of “the governor” who is forced to resign from office. His replacement, Ned Newley, doesn’t even want to be governor and is reluctant to assume the office being vacated.

This timely and hilarious comedy skewers politics and celebrates democracy. Madelyn Hubbard, assisted by Mykenzie Brannan is serving as stage manager. Costumes are being done by Nancy Buenneneyer and Joey Lorincz is in charge of scenic and light design. Esmeralda Moreno is handling prop design.

Brennan Thomas (Ned Newley), left, and Sarah Dighans (Louise Peakes) are set to perform in the Bellevue Little Theatre’s production of “The Outsiders” on April 30.