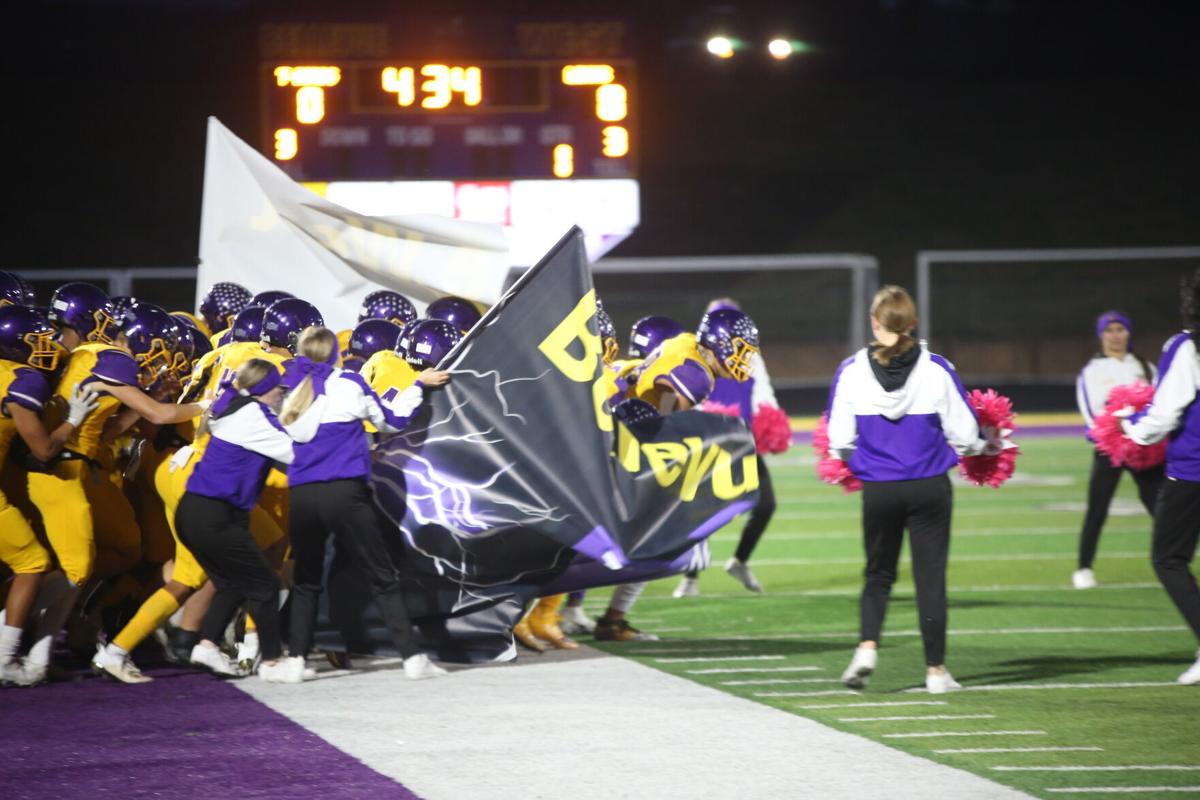 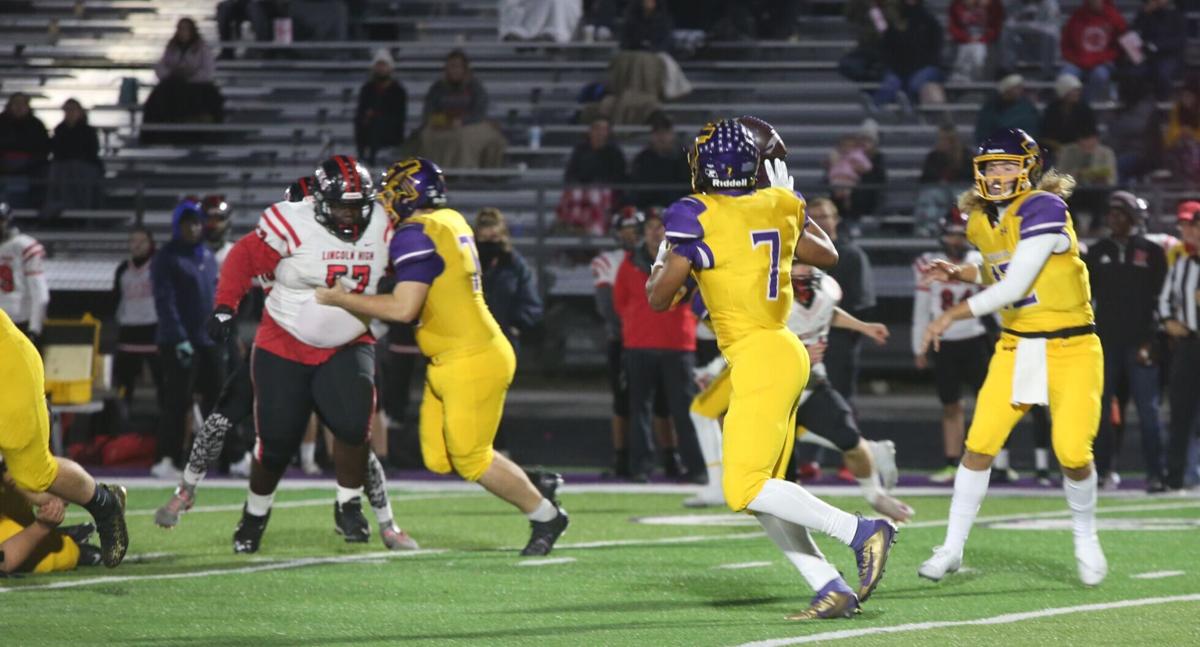 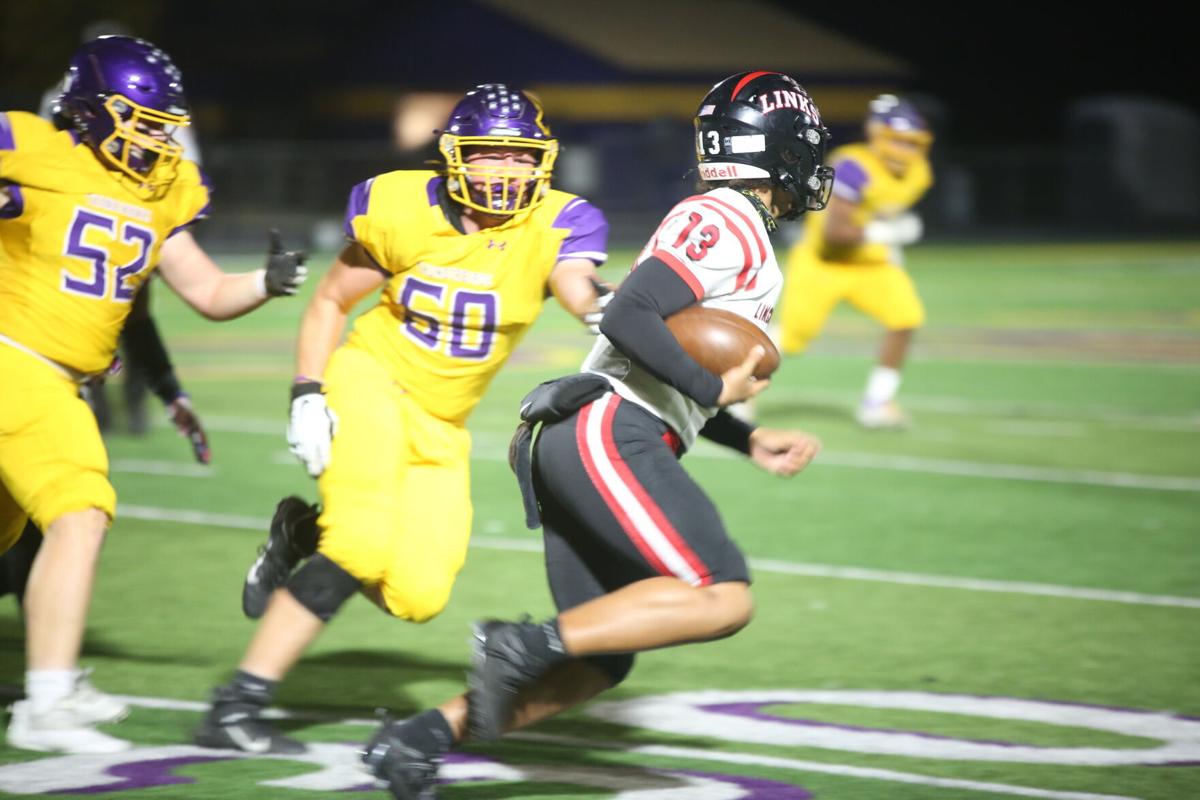 The Bellevue defense did its job on Oct. 21 and held Lincoln High to six points. 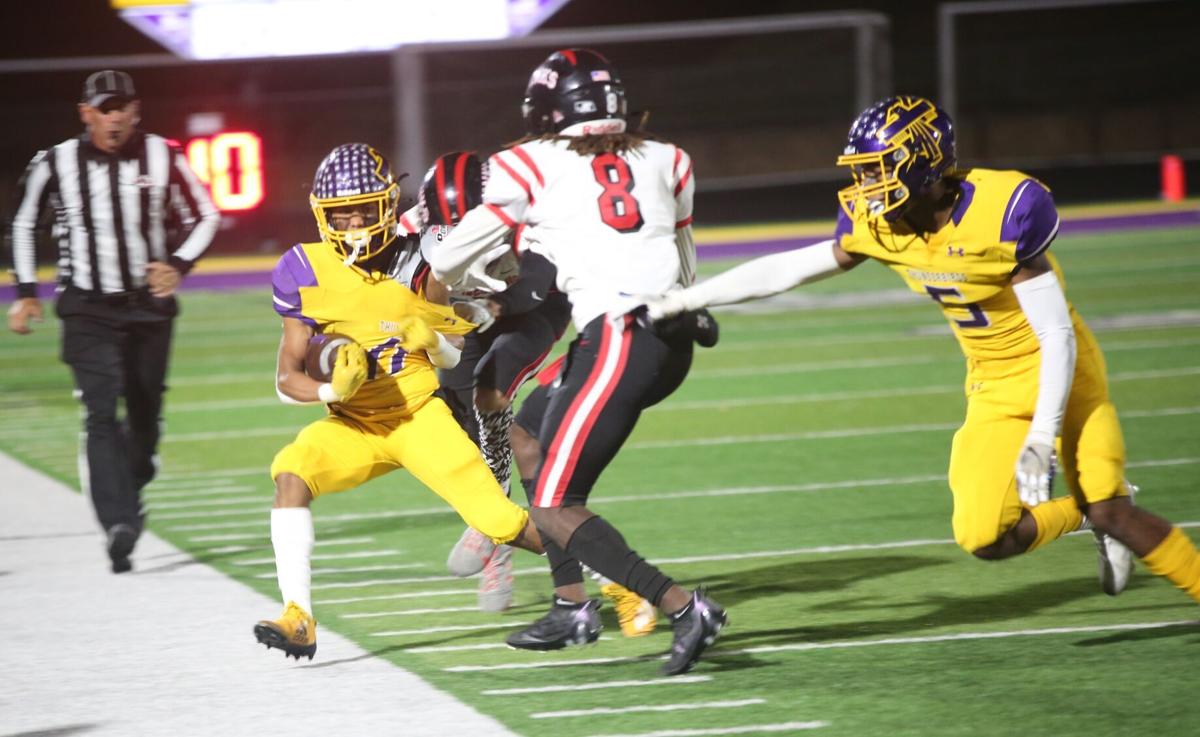 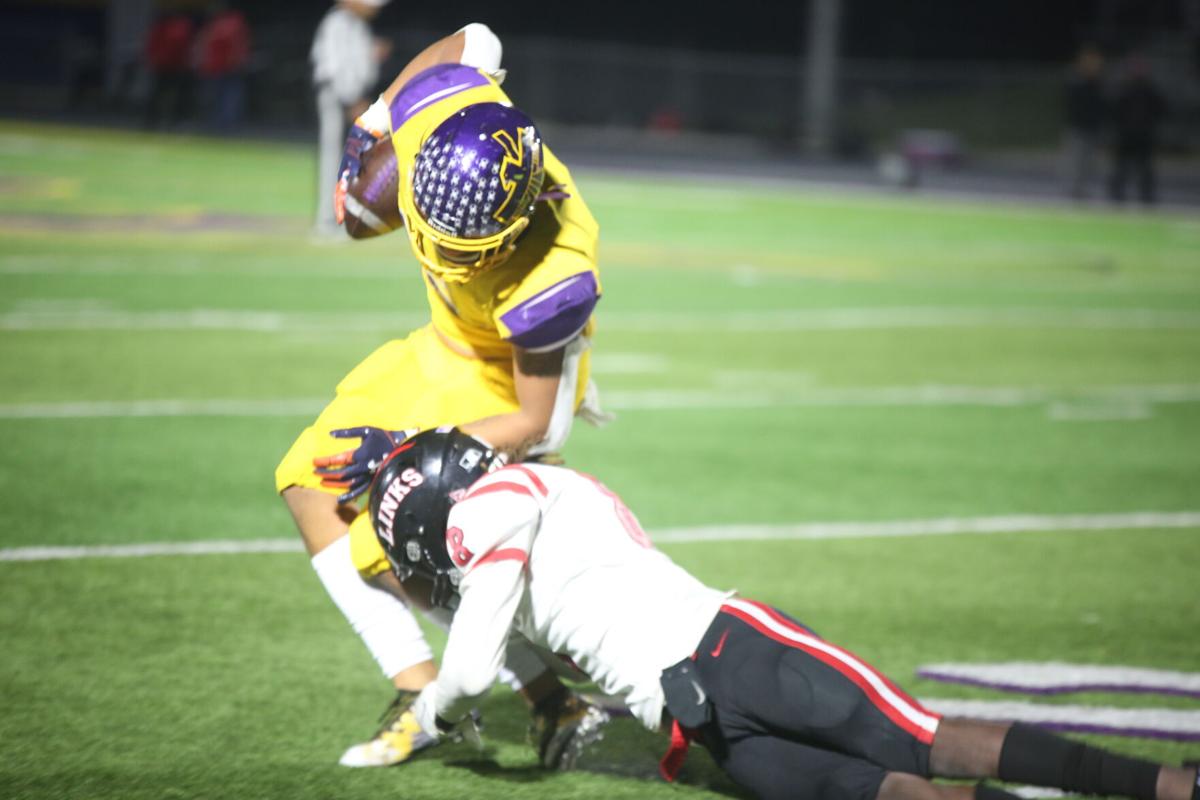 The air was frigid and field lights bounced off the Bellevue West football team’s helmets.

On Thursday, Oct. 21, the 7-1 Bellevue West Thunderbirds took on the 4-4 visiting Lincoln High Links and closed out the regular season with a 48-6 win.

The Thunderbirds first drive was marred by penalties and a sideline warning.

The failed first drive was obviously not taking too much Thunderbird headspace, as they responded on their second scoring drive.

This put the Thunderbirds up by 7 with nine minutes and one second left in the first quarter.

Bellevue West never looked back the rest of the night.

LJ Richardson, Bellevue West senior running back and University of Wyoming football commit, once again proved why he is one of the best running backs in the state.

Richardson had 15 carries for 184 yards and four touchdowns.

In total, in the regular season, Richardson had 28 touchdowns and 1,537 rushing yards.

The Bellevue West defense also did its job and held the Links to 10 first downs and only six points on the board.

West will finish its season 8-1 and its only loss came from a game against undefeated Millard South.

Bellevue West will most likely play Papillion La Vista in the first round of the district tournament at home on Oct. 29.

Light Up Bellevue announced on Nov. 24 that the 2021 Christmas in Olde Towne Holiday Lights and Music Show will run through Jan. 8, 2022.

Nebraska needs teachers and Bellevue University is doing its part to help provide them.

Letter to the Editor: On the Olde Towne development

The “Ghostbusters” movie franchise has always been one of my favorites.

This holiday season the community can spread holiday cheer while enjoying a beer.

Mission Middle School choir students had a unique opportunity on Nov. 10 as “Eliza” from the Broadway show “Hamilton” visited their class.

The Bellevue defense did its job on Oct. 21 and held Lincoln High to six points.