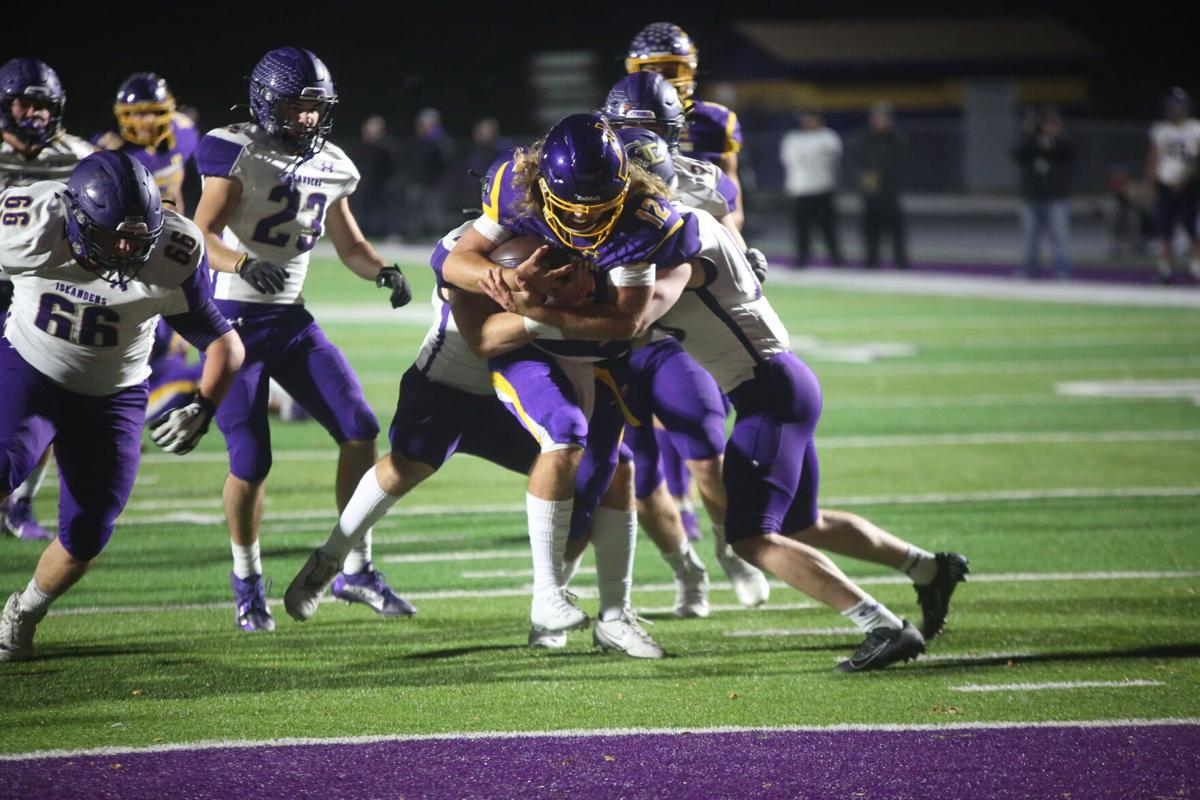 Bellevue West’s Luke Johannsen shows that he has more than just passing ability on Nov. 5 against Grand Island. West won the game 52-20 and will head to Omaha Westside on Nov. 12. 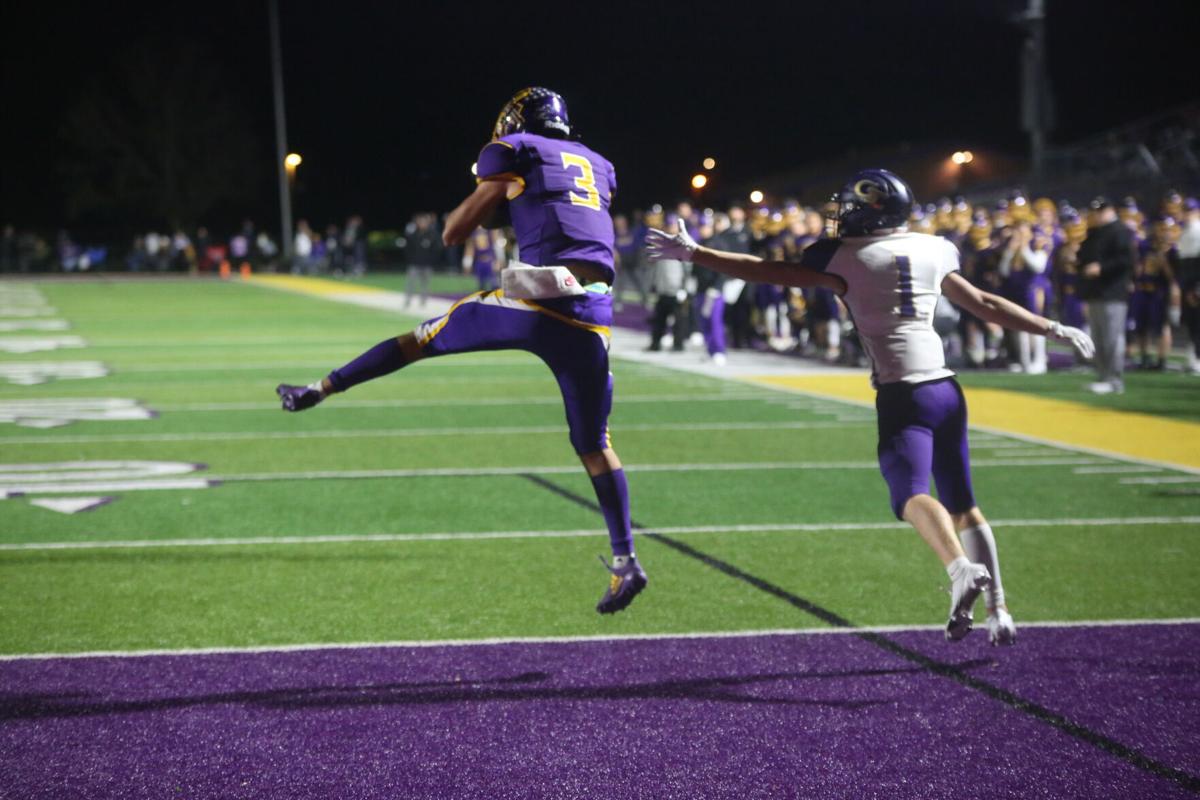 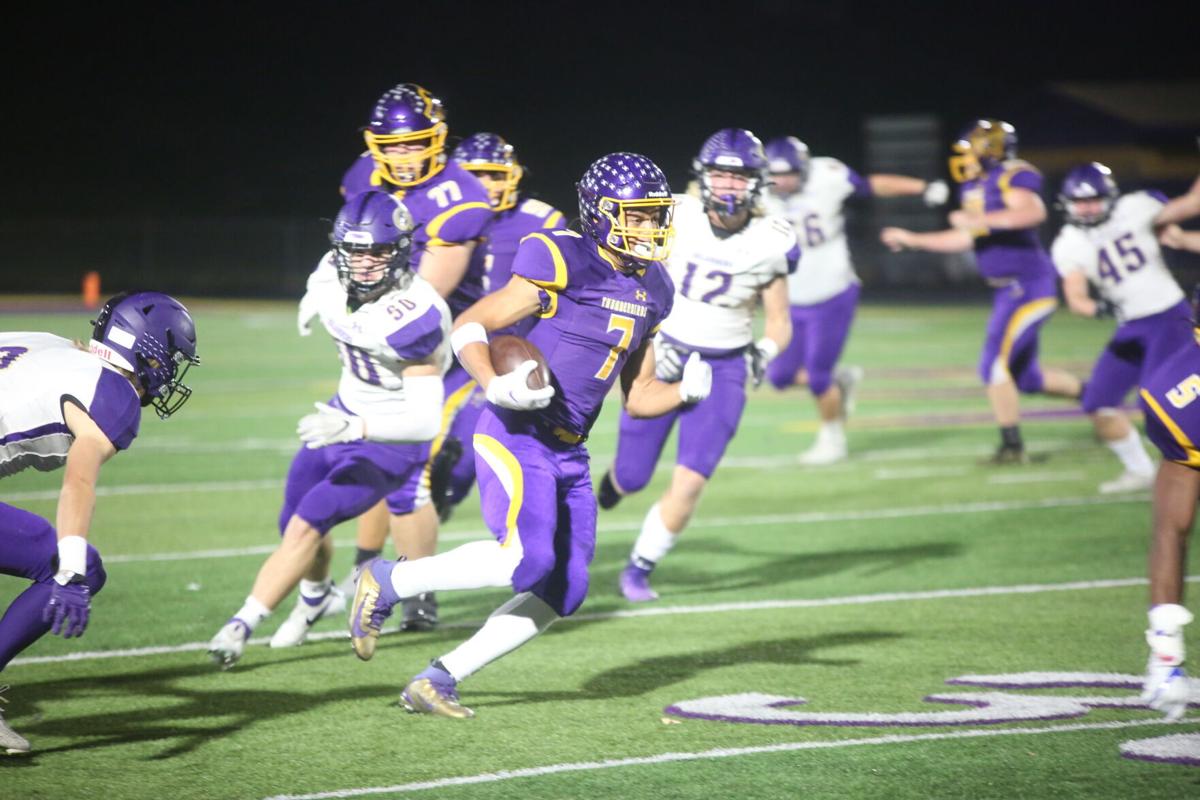 Bellevue West running back LJ Richardson has yet another explosive game on Nov. 5 against Grand Island. Richardson had 171 yards and four rushing touchdowns, along with one passing touchdown.

The Bellevue West football team is now one win away from the state championship game after handing Grand Island a 52-20 defeat.

All that stands between West and a trip to Memorial Stadium is undefeated Omaha Westside on Nov. 12.

As with most nights, Bellevue West running back LJ Richardson got the touchdown party started with a rushing touchdown to put the Thunderbirds up 7-0 with eight minutes and 22 seconds left in the first.

Grand Island responded in less than a minute with a touchdown of their own to even up the score 7-7 with seven minutes and 26 seconds left in the first quarter.

Richardson found the end zone again with a 46-yard barn burner of a run to once again put the Thunderbirds up 14-7 with a little over seven minutes left in the first.

Bellevue West then showed off its passing game when quarterback Luke Johannsen connected with TK Barnett on a 17-yard touchdown and increased West’s lead to 21-7 with more than three minutes to play in the first.

Johannsen found West tight end Kaden Helms for a 14-yard touchdown with a little less than nine minutes left to play in the second quarter.

Helms also contributed on the defensive side of the ball with an interception in the second that would lead to another Richardson touchdown to put the Thunderbirds up 35-7.

West’s Hunter Brown would nail a field goal to close out the first half and increase the lead to 38-7.

The West defense snagged another interception, this time courtesy of cornerback Will Kieser.

Richardson added yet another rushing touchdown with less than nine minutes left in the third, to put the lead at 45-7.

Bellevue West’s Arden Jenkins would then provide a sack lunch to Grand Island after breaking past the Islander’s O-line in the third.

Richardson would not be content with just rushing touchdowns, as he threw a passing touchdown to Barnett to increase the lead to 52-7.

Grand Island added a pair of scores in garbage time.

“We got a really good group of talented people. We just ask that they put it all together. I just wish we could string 48 minutes together,” West Coach Michael Huffman said.

He said there are some things that need to be cleaned up but feels his team has improved in reducing the amount of penalties they get called on.

Huffman said the team made great adjustments after Grand Island scored in the first quarter.

“We asked the DBs to tighten up. A lot of times we can’t do that because other teams have great players, but they catch the ball well, but they don’t run quite as well as we do. So I thought we made some good adjustments,” Huffman said.

He said he is looking forward to the game against Omaha Westside.

Is there really anytime better than the holidays?

The "Ghostbusters" movie franchise has always been one of my favorites.

Bellevue residents ages 55 and up have a new option when it comes to housing.

Bellevue West’s Luke Johannsen shows that he has more than just passing ability on Nov. 5 against Grand Island. West won the game 52-20 and will head to Omaha Westside on Nov. 12.

Bellevue West running back LJ Richardson has yet another explosive game on Nov. 5 against Grand Island. Richardson had 171 yards and four rushing touchdowns, along with one passing touchdown.