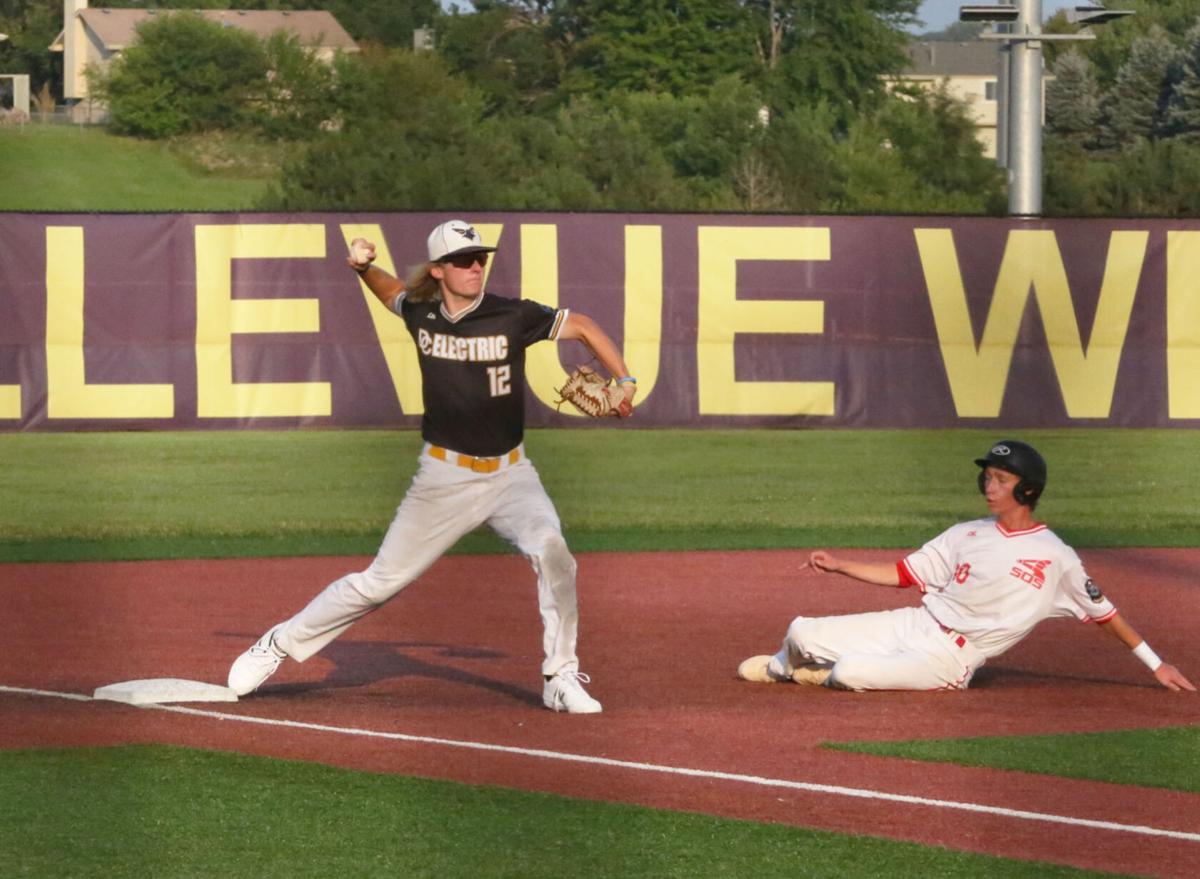 Bellevue West’s Gage Allen (No. 12, black) touches third base for a force out before throwing one in an attempt at a double play on Sunday, July 18. 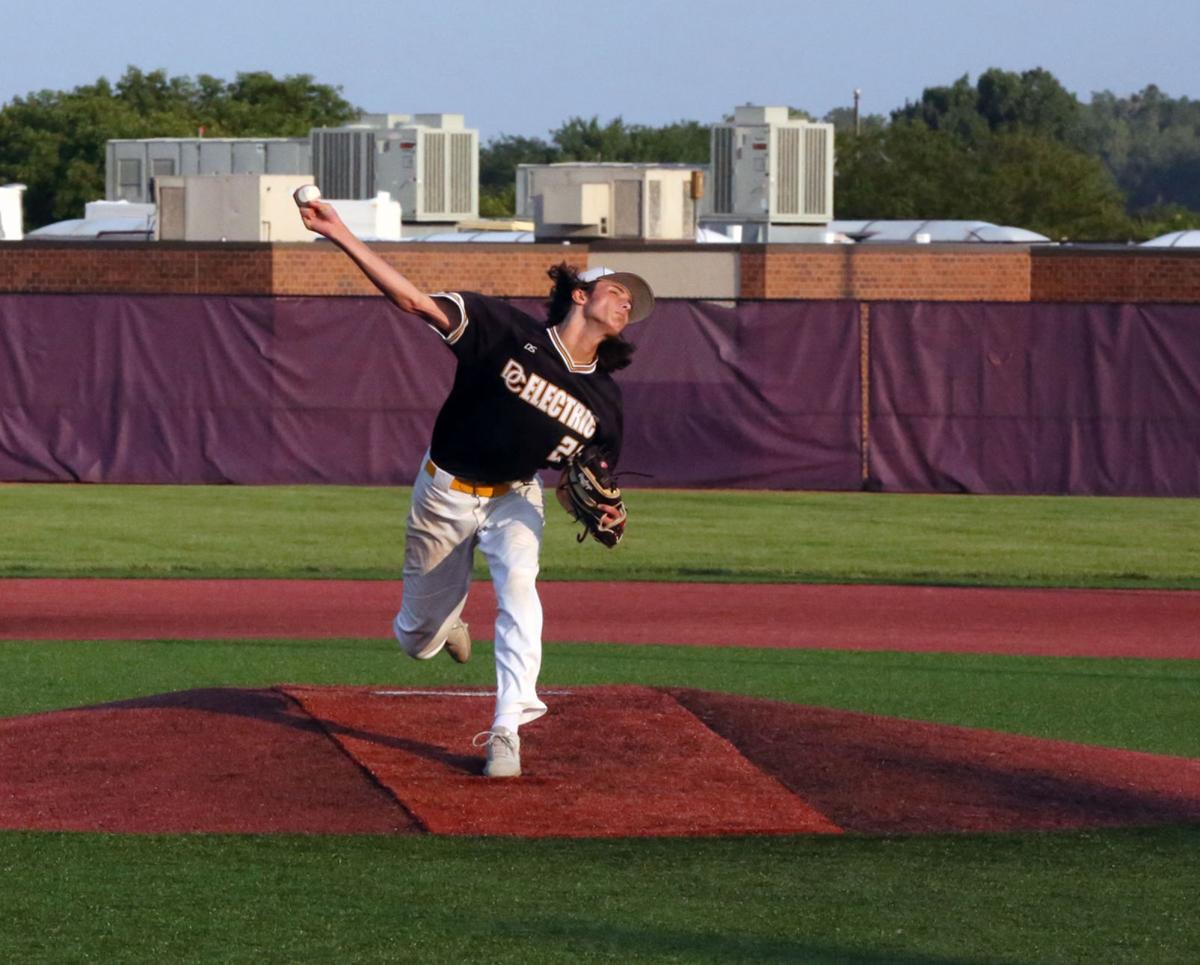 Bellevue West’s Jaxon Jelkin (No. 24, black) throws a fastball in a game against Ralston on Sunday night in the A1 area legion tournament. 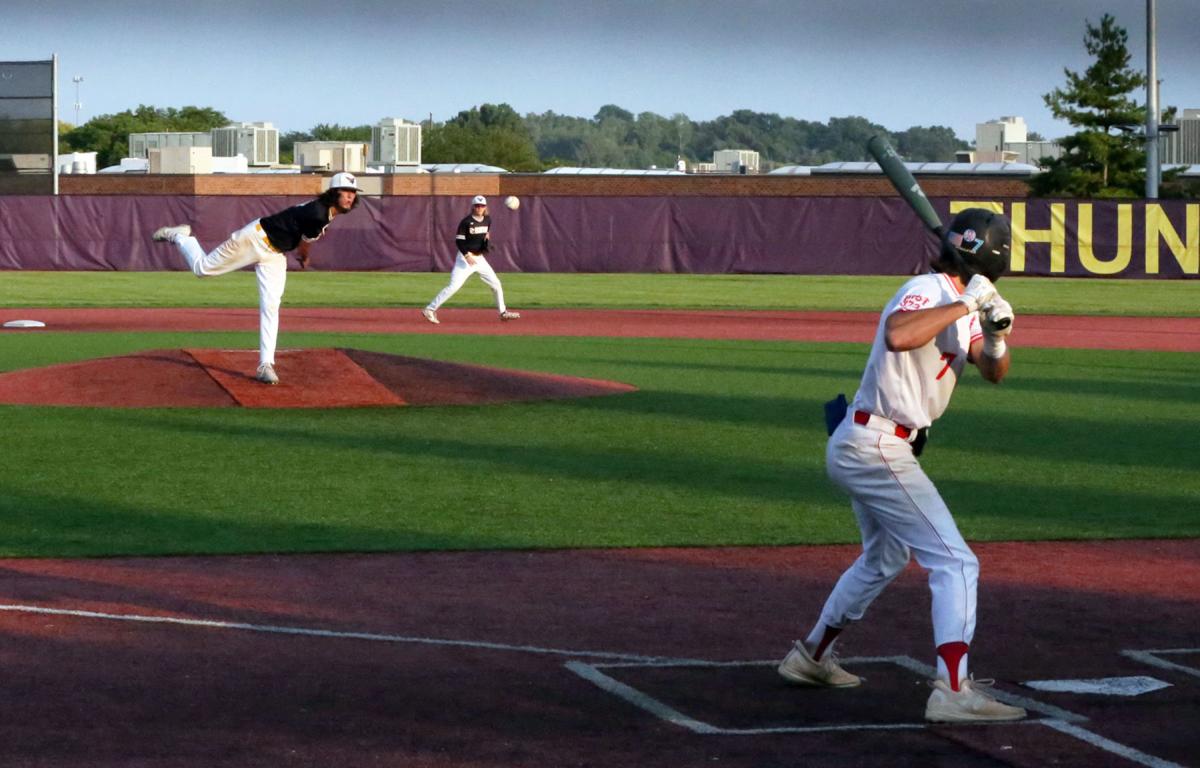 Bellevue West’s Jaxon Jelkin (No. 24, black) fires a pitch to a Ralston batter in a game on Sunday night, July 18. 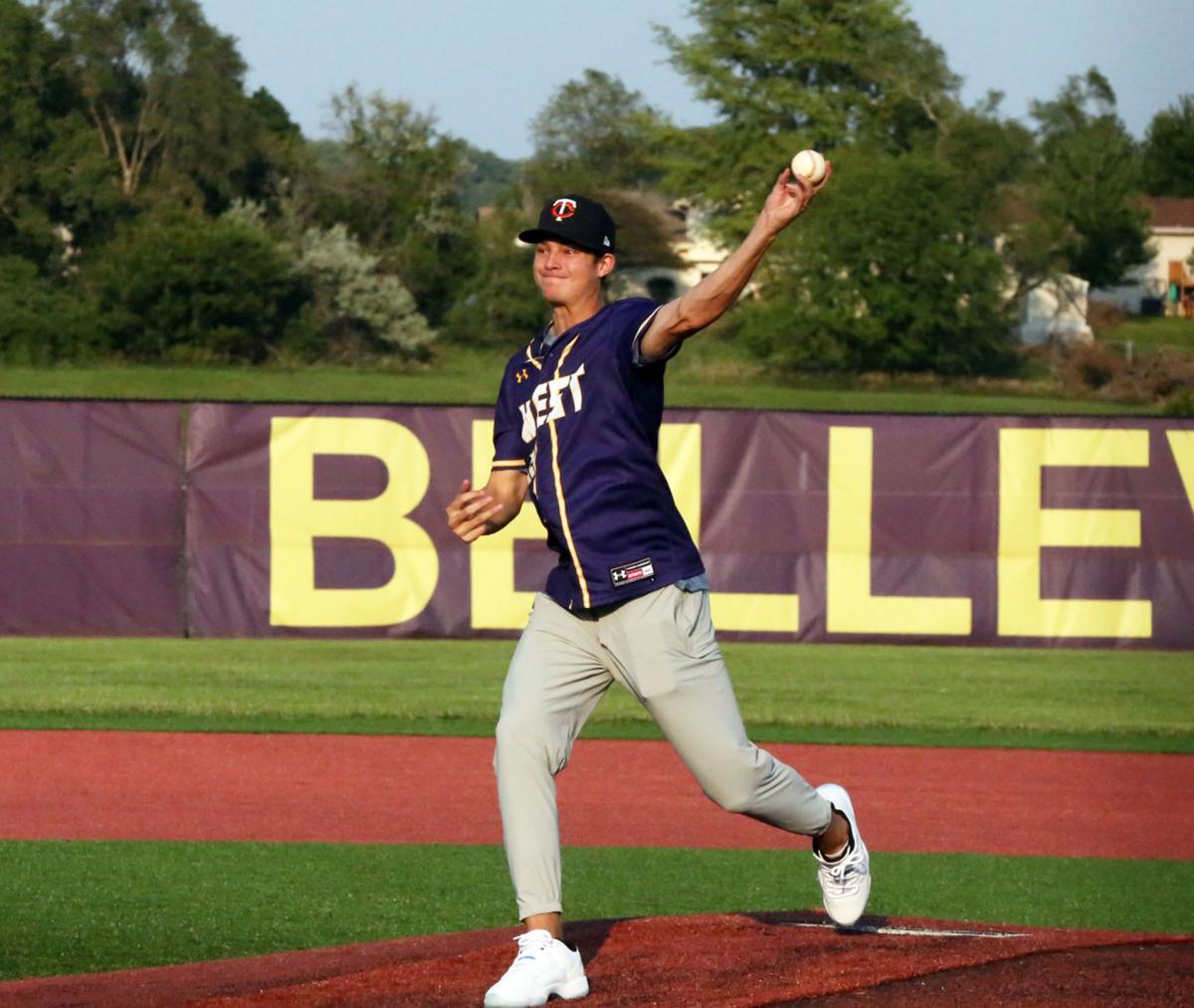 The Bellevue West Thunderbirds varsity legion baseball team has continued their phenomenal summer play into the A1 area legion tournament that began on Friday, hosted at Allred Field.

Following a top-10 finish in the Gopher Classic up in Minnesota, the two-loss DC Electric sponsored Thunderbirds secured a first round bye in the A1 area tournament last Friday and then played Millard Sox Black on Sunday.

The Sox were first to draw blood on Allred Field as they scored two runs in the top of the first for an early lead. Bellevue West was able to hold the Sox scoreless the rest of the game as a big five-run third inning catapulted the T-Birds to victory. DC Electric finished the game in five innings by a score of 10-2. Daniel Lester led the team with three RBI while Kyle Cornish threw for over four innings and struck out three batters.

Game two on Sunday night featured a matchup with Ralston’s varsity legion team, SOS Post 373. The Thunderbirds got on the board first in the top of the second inning with one run and then followed suit with three more in the fourth for a 4-0 lead. Ralston, however, had the answer in the bottom of the sixth as they scored five runs to take a late one-run lead. Timely bats for DC Electric forced extra innings as the T-Birds plated one run in the top of the seventh to knot it up 5-5.

Bellevue West and Ralston then went scoreless in the eighth inning before the T-Birds scored three in the top of the ninth. Behind Jaxon Jelkin, Dane Toman and Tyler Kephart, Bellevue West pitchers went for a combined nine innings, one earned run and 14 strikeouts.

For the first time in more than a decade, a Bellevue West High School student was a top-14 finalist at the National Speech and Debate Associat…

The Sarpy County Board of Commissioners on Tuesday voted to issue $41.5 million in bonds to help pay for the new Sarpy County Correctional Cen…

Current USL League One members, Union Omaha, will host an exhibition match against the Bellevue University men’s soccer team at Werner Park on…

Arrows to Aerospace parade is back

The Bellevue Offutt-Kiwanis Club is ready to bring back the Arrows to Aerospace event on Aug. 20 and Aug. 21, after last year’s event was canc…

Bellevue West’s Gage Allen (No. 12, black) touches third base for a force out before throwing one in an attempt at a double play on Sunday, July 18.

Bellevue West’s Jaxon Jelkin (No. 24, black) throws a fastball in a game against Ralston on Sunday night in the A1 area legion tournament.

Bellevue West’s Jaxon Jelkin (No. 24, black) fires a pitch to a Ralston batter in a game on Sunday night, July 18.