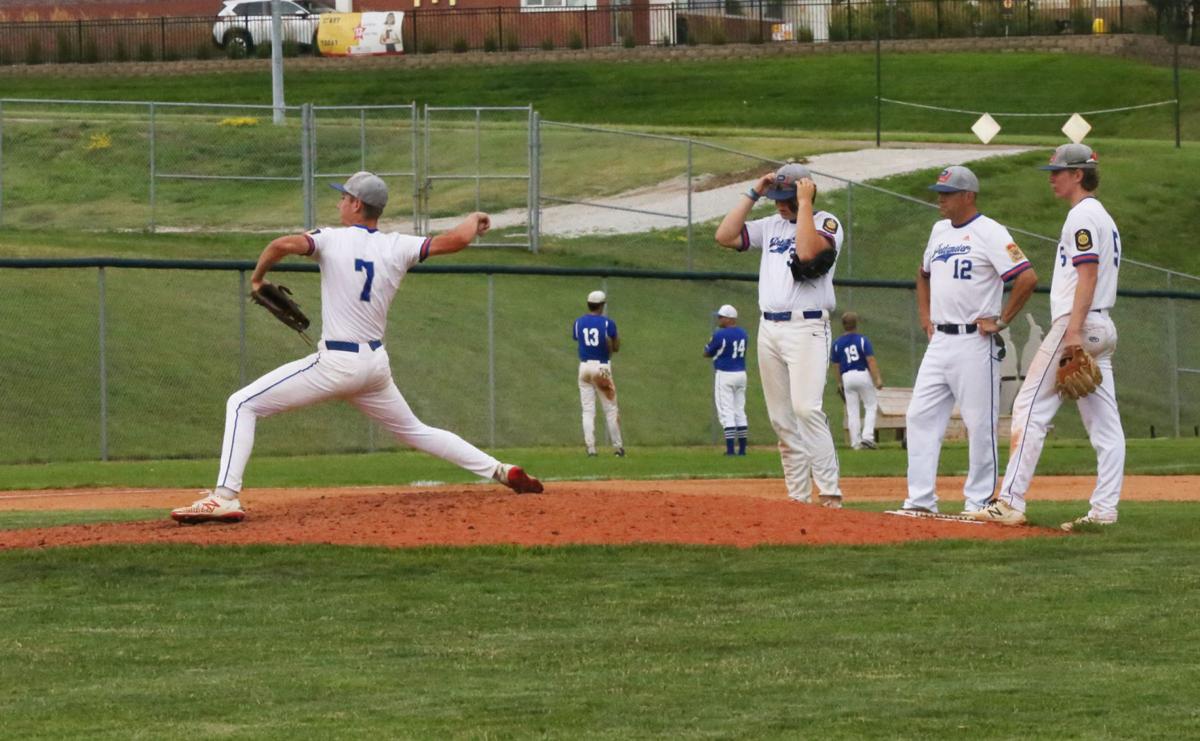 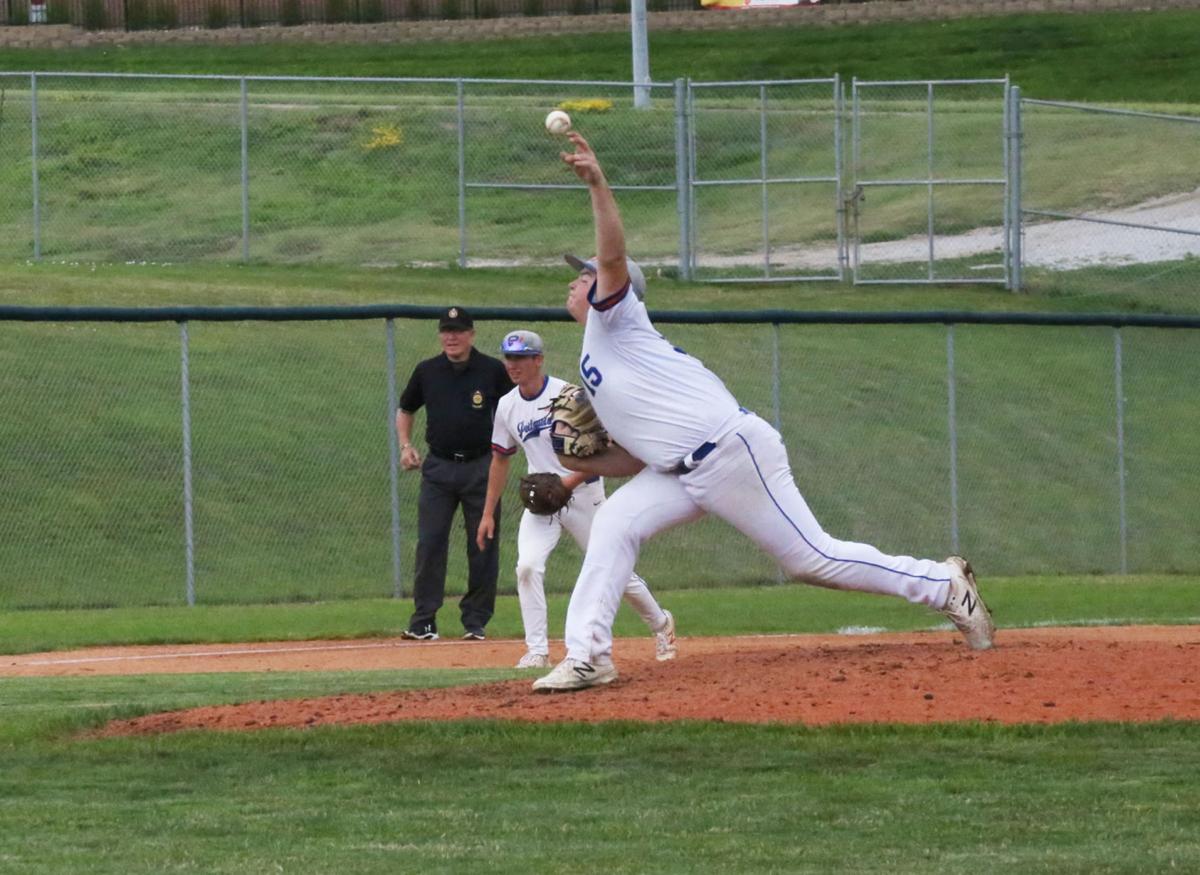 Gross Catholic’s Ethan Gillespie (No. 15, white) launches a pitch to a Titan batter in the A2 area tournament on Saturday, July 17. 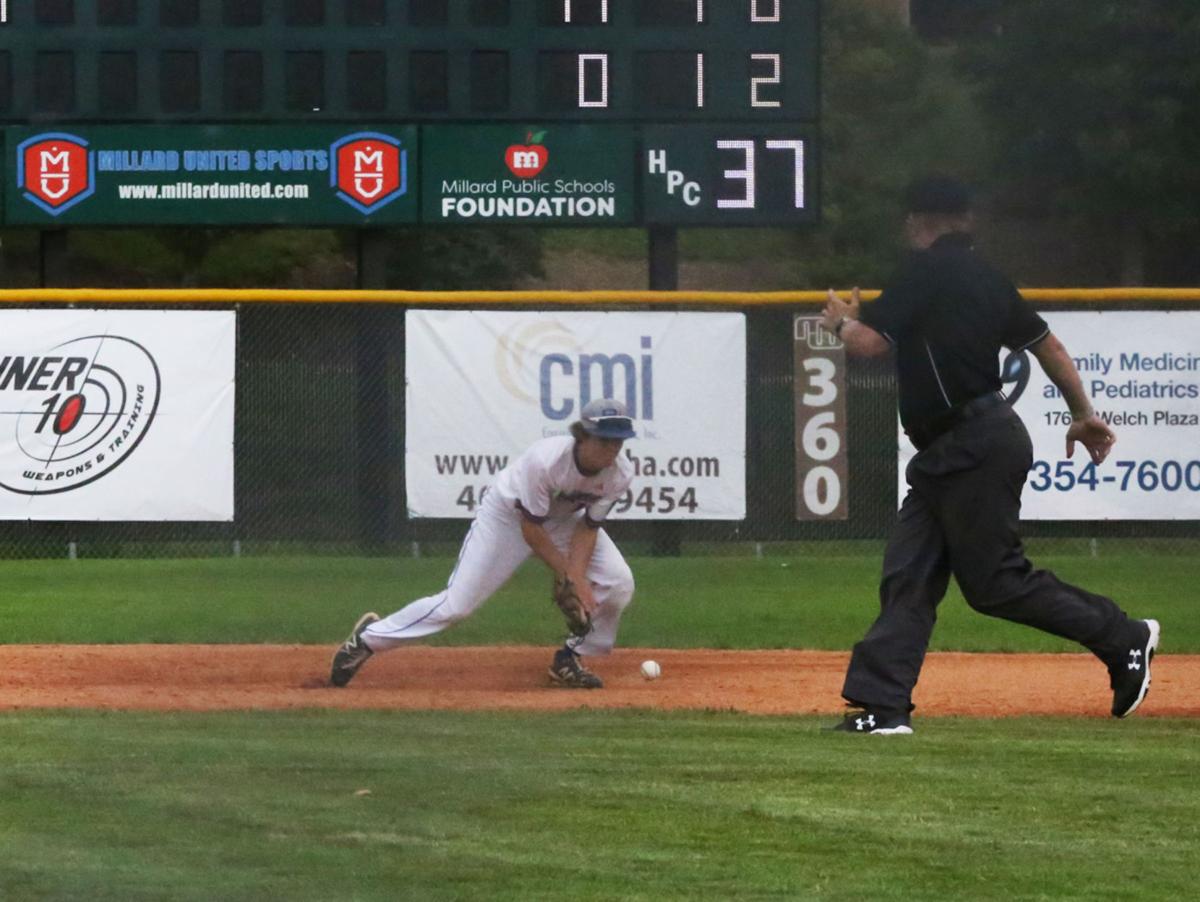 The Peitzmeier Demolition-sponsored varsity legion team of Gross Catholic went winless in the A2 area legion tournament at Millard West after losing to Millard West on Friday, and then to Papillion-La Vista South on Saturday.

The Gross Catholic Cougars were the home team on Friday. Despite playing on the Wildcats home field and after five innings of play the two teams were knotted 1-1. Neither team was able to score a run in the sixth or the seventh but they made up for runs in the eighth.

Millard West dropped seven runs in the top of the eighth inning to take a monstrous 8-1 lead before Gross clawed their way back but fell just short scoring only five runs to lose 8-6. Joey Meier and Kyle Capece led the team in RBI with two a piece as Capece also threw for six complete innings, striking out six.

Game two of the A2 tournament was against the top-seeded Papillion-La Vista South Titans on Saturday afternoon. The potent Titans offense proved to be too much to handle as they cruised to a 12-2 victory over Gross to eliminate the Cougars from the postseason. Garrett Siemsen had the team’s solo RBI against the Titans as he also pitched the most innings in the afternoon, striking out three batters in three innings of work.

Before the tourney began, Gross finished their regular season with a big 15-2 win over Bellevue East on the road as the most recent high-powered Nebraska weather did a number on Gross’ ballpark. Head coach Jim Hempel and company will now head to the offseason in preparation for next spring season and the debut of their new ballpark.

For the first time in more than a decade, a Bellevue West High School student was a top-14 finalist at the National Speech and Debate Associat…

The Sarpy County Board of Commissioners on Tuesday voted to issue $41.5 million in bonds to help pay for the new Sarpy County Correctional Cen…

Current USL League One members, Union Omaha, will host an exhibition match against the Bellevue University men’s soccer team at Werner Park on…

Arrows to Aerospace parade is back

The Bellevue Offutt-Kiwanis Club is ready to bring back the Arrows to Aerospace event on Aug. 20 and Aug. 21, after last year’s event was canc…

Gross Catholic’s Ethan Gillespie (No. 15, white) launches a pitch to a Titan batter in the A2 area tournament on Saturday, July 17.