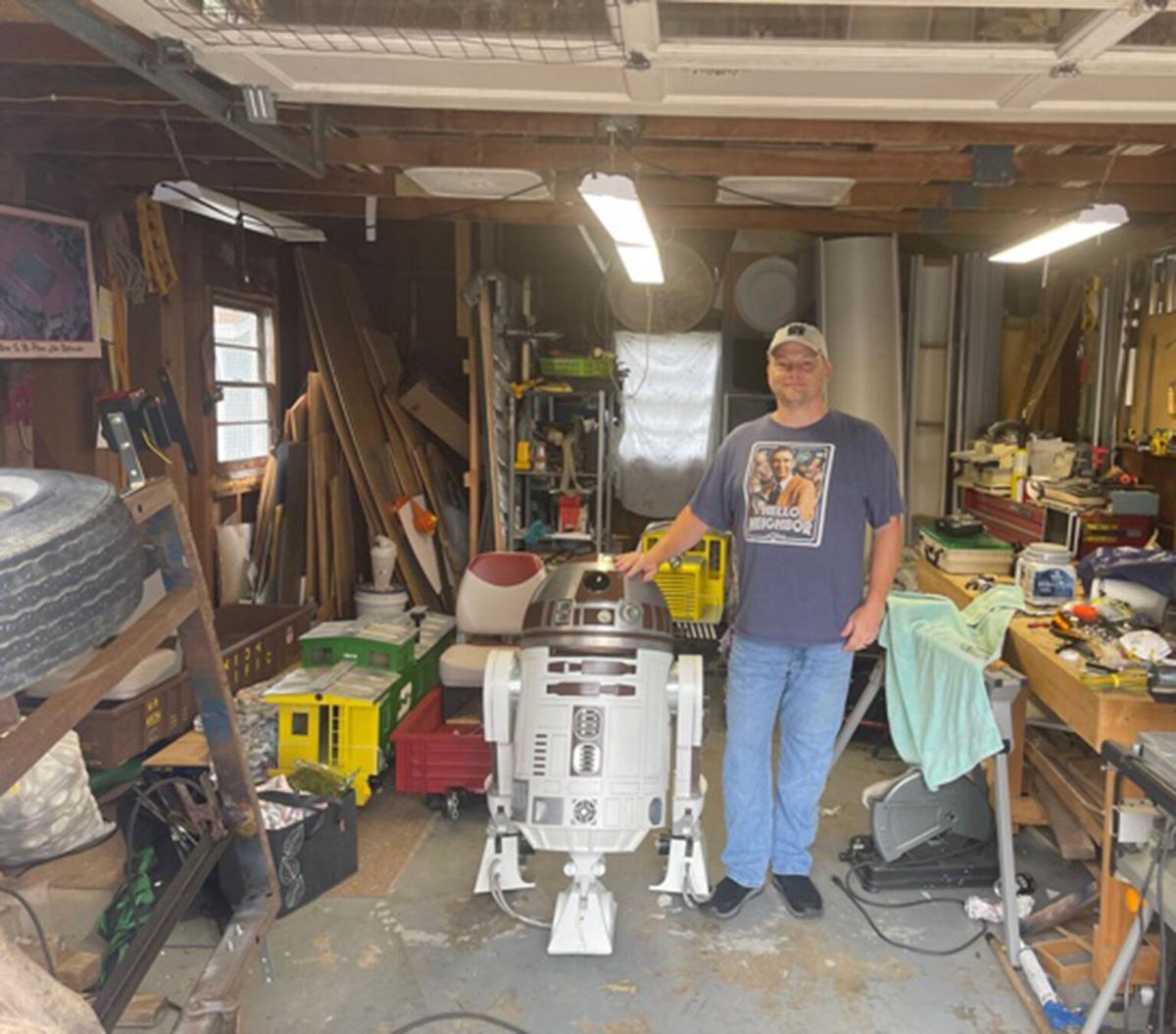 Chris Mendolia, nicknamed "Moose," has been fine tuning his robot making skills for over 12 years. "Moose" took up the hobby as a way to cope with his hearing loss. 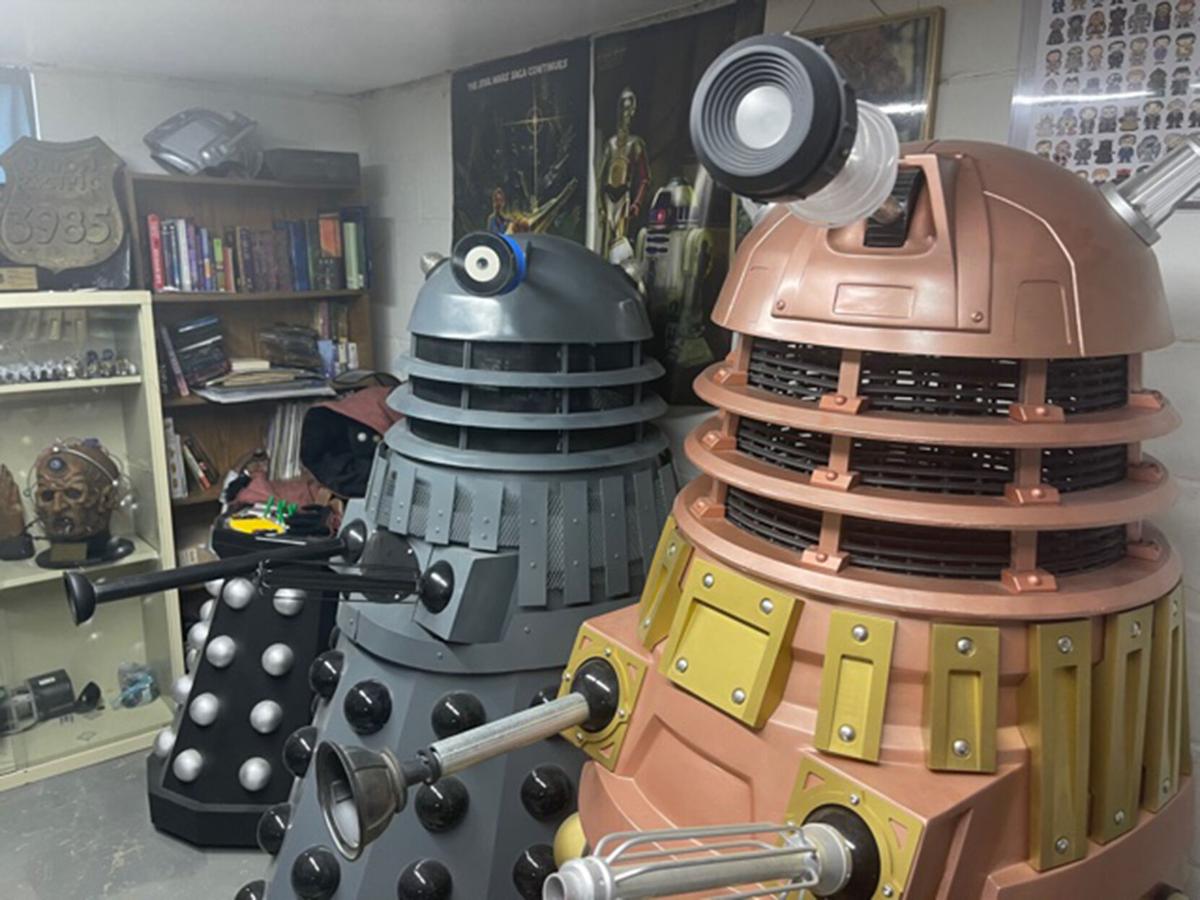 These Daleks from the “Dr. Who” TV show were handcrafted by Chris Mendolia and are just a few of several pieces of pop culture in his collection.

A seemingly ordinary household in Olde Towne Bellevue is home to handcrafted robots from across space and time.

From Daleks featured in “Dr. Who” to droids from “Star Wars,” this workshop contains several creations that pop culture fans would recognize instantly.

All the robots were created by Chris Mendolia, nicknamed “Moose” and eventually his wife got into the hobby as well.

The couple is not limited to robot replicas as their basement is adorned with miniature figures and their backyard contains a rideable track for the trains they build.

Mendolia said the track in their yard is by invite only.

“Moose” began the journey of building up his droid army over 12 years ago when he began to lose his hearing and develop tinnitus.

He said he has always loved building things and is self-taught.

“I’m the guy who fixes what everybody else breaks when they try to do it,” Mendolia said.

The best part of the experience for Mendolia? He said it’s the fans interacting with the robots and other props.

“The smiles, the camaraderie, getting to meet other fans, it’s a labor of love really,” Mendolia said.

He said keeping the robots to himself would be boring.

Mendolia said his builds are a never-ending process.

“It’s like you get it out there, it’s perfect, it gets a little damaged putting it in and out and people with it, so I’m always constantly repairing or redoing something,” Mendolia said.

The materials the couple uses for their builds are almost completely recycled.

The R2-D2 unit is made up of mostly wood aside from the metal dome, which is hand spun aluminum.

Mendolia said he and his wife have also had the opportunity to raise money for several charities with their robots such as Make-A-Wish Foundation and the Wounded Warrior Project.

One creation the couple is keeping for themselves is a ride-a-top train set. Except for the aluminum rail, the train set is made out of about 90% recycled materials.

Humor is sometimes in short supply and author and viral sensation Anna Lind Thomas hopes to correct this with her first book, “We’ll Laugh Abo…

The Bellevue City Council voted and discussed the following at its Sept. 21 meeting:

When I saw the Bellevue Little Theatre was set to perform "Big the Musical," I was not the most excited admittedly.

Three Bellevue students were named as semifinalists in the National Merit Scholarship Program.

Chris Mendolia, nicknamed "Moose," has been fine tuning his robot making skills for over 12 years. "Moose" took up the hobby as a way to cope with his hearing loss.

These Daleks from the “Dr. Who” TV show were handcrafted by Chris Mendolia and are just a few of several pieces of pop culture in his collection.