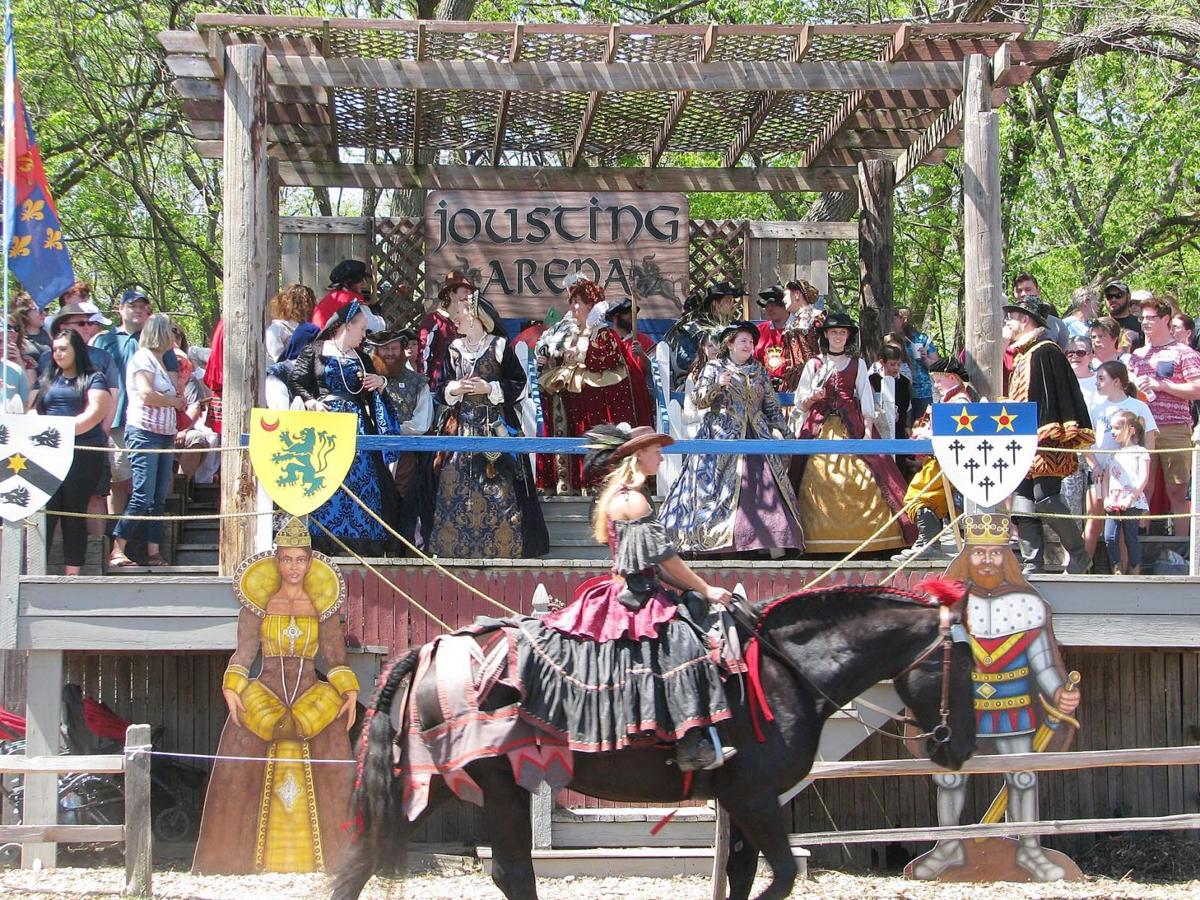 The Royal Court inspects the horses Sunday afternoon prior to the jousting tournament at the Nebraska Renaissance Festival. The festival will continue next weekend from 11 a.m. to 6 p.m. both days, at the Bellevue Berry Farm, south of Cornhusker Road on 48th Street. 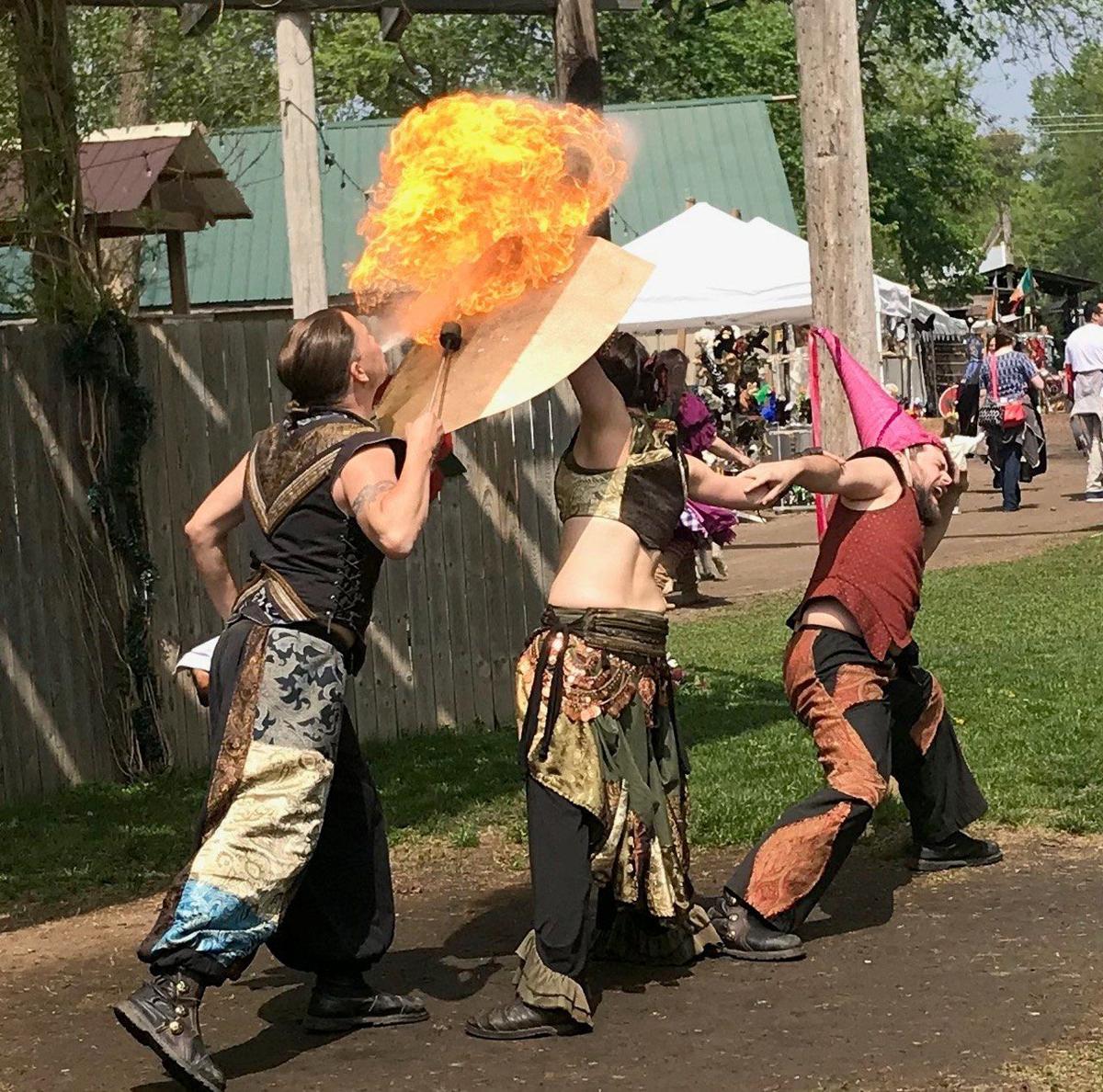 This year’s festival will feature live jousting, festival fare, a variety of merchants and live performances each festival day from 10 a.m. to 6 p.m.

The festival will celebrate all things dragon and mythological with “Fantasy and Wonder Abound” on May 1 and May 2.

The community can expect to see creatures such as fairies, mermaids, dragons and satyrs.

There will also be small gift-filled dragon eggs pre-hidden throughout the festival grounds for young attendees to find.

The first 100 people to pass through the festival entrance will receive a May Day basket (May 1 and May 2 only.)

On May 8 and May 9, the festival will be centered around on “Celts ‘n’ Kilts.”

Children will have an opportunity to make their own free Emerald Isle-inspired craft while the older folks have a chance to enter the Shapely Leg & Kilt Contest.

The second weekend will bring a new roster of artisans, performers and cast characters.

No weekend is entirely the same, but both feature a large selection of festival foods, adult beverages, original and unique merchandise, historical festivity and hands-on activities.

Returning to the faire this year is the Fandazzi Fire Circus from the Minnesota Renaissance Festival.

Festival-goers that love high-wire balancing and bending will not want to miss the Knotty Bits Pirate Circus, a cirque-style stage act featuring a unique blend of acrobatics, comedy and contortions.

As the queen arrives with her court, scores of fans will cheer for their favorite knight in shining armor as he duels for supreme victory over his foe.

This equestrian battle will have audiences cheering for more — which they can have, as the show runs three times per day. Across the entire property, five festival stages will be buzzing with ongoing performances of exotic dancers, juggling, magic and song.

Fans will be able to wander at their own pace, taking in their share of giant turkey legs, funnel cakes and more festival foods as they immerse themselves in a land of costumed characters, artisan bazaars and curiosities of all kinds.

The festival has new precautions in place for the safety of our patrons and workers.

The Renaissance Festival of Nebraska is an open-air event, which helps with social distancing measures.

The Bellevue Berry Farm is a full-service catering facility, so its internal food protocols are already in line with the local health department and governmental CDC guide rules. The Renaissance Festival of Nebraska will work with the Bellevue Berry Farm to post safety signage, event rules and to provide a healthy festival environment.

Tickets can be bought online at renfestnebraska.com.

The Royal Court inspects the horses Sunday afternoon prior to the jousting tournament at the Nebraska Renaissance Festival. The festival will continue next weekend from 11 a.m. to 6 p.m. both days, at the Bellevue Berry Farm, south of Cornhusker Road on 48th Street.