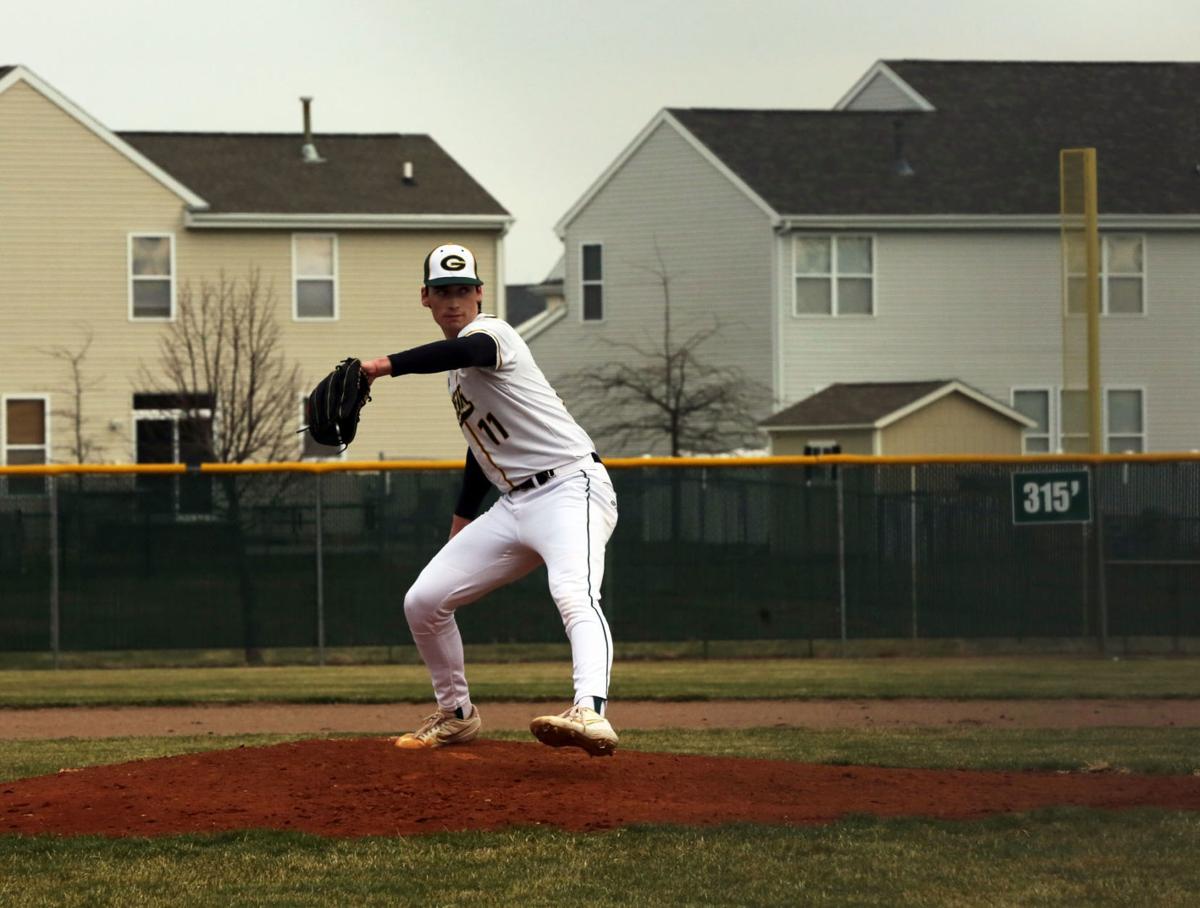 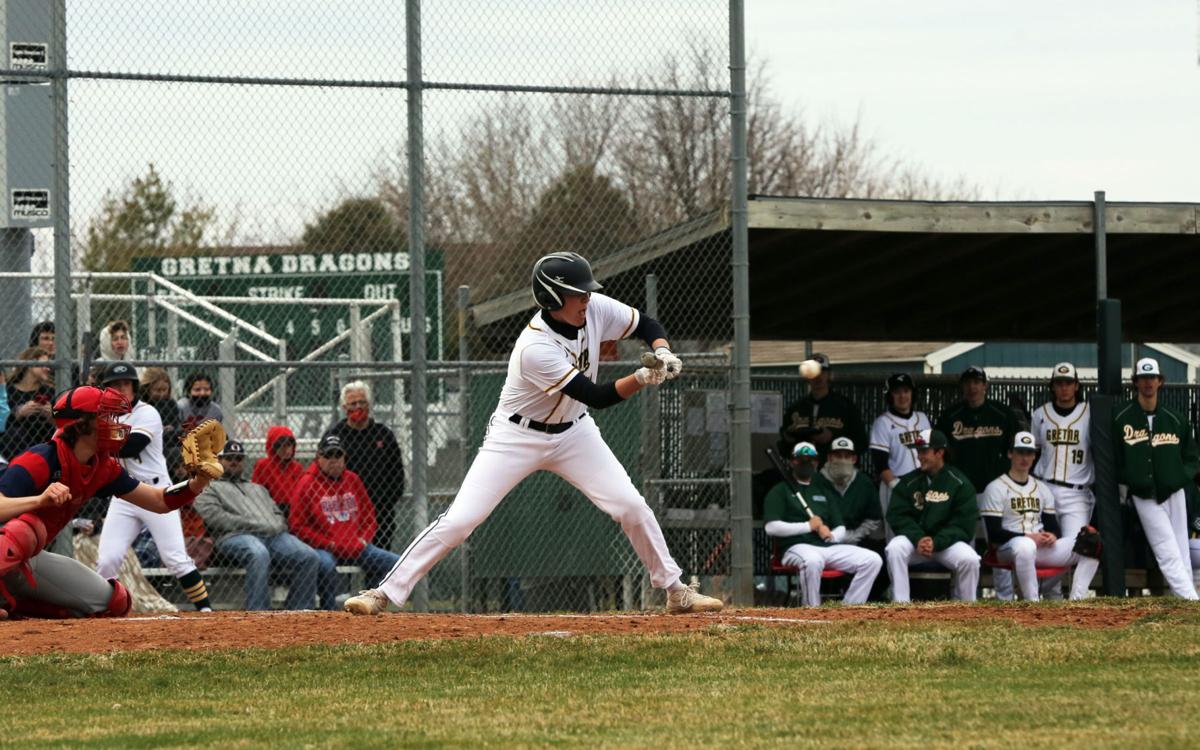 Gretna’s Mason Graver (#14, batting) squares up for a bunt attempt in Friday’s loss to Millard South on Mar. 26. 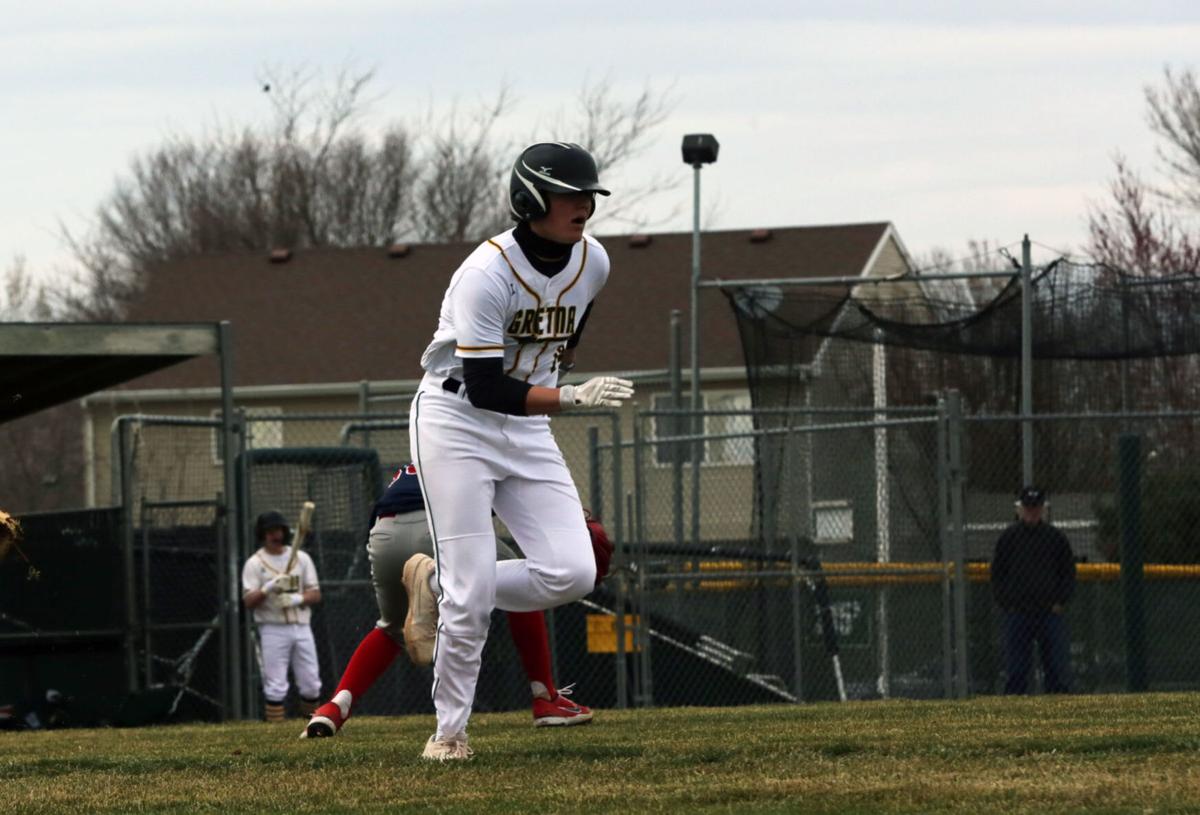 Gretna’s Mason Graver (No.14, white) runs down the first-base line after dropping down a bunt in Friday’s loss to Millard South on March 26. 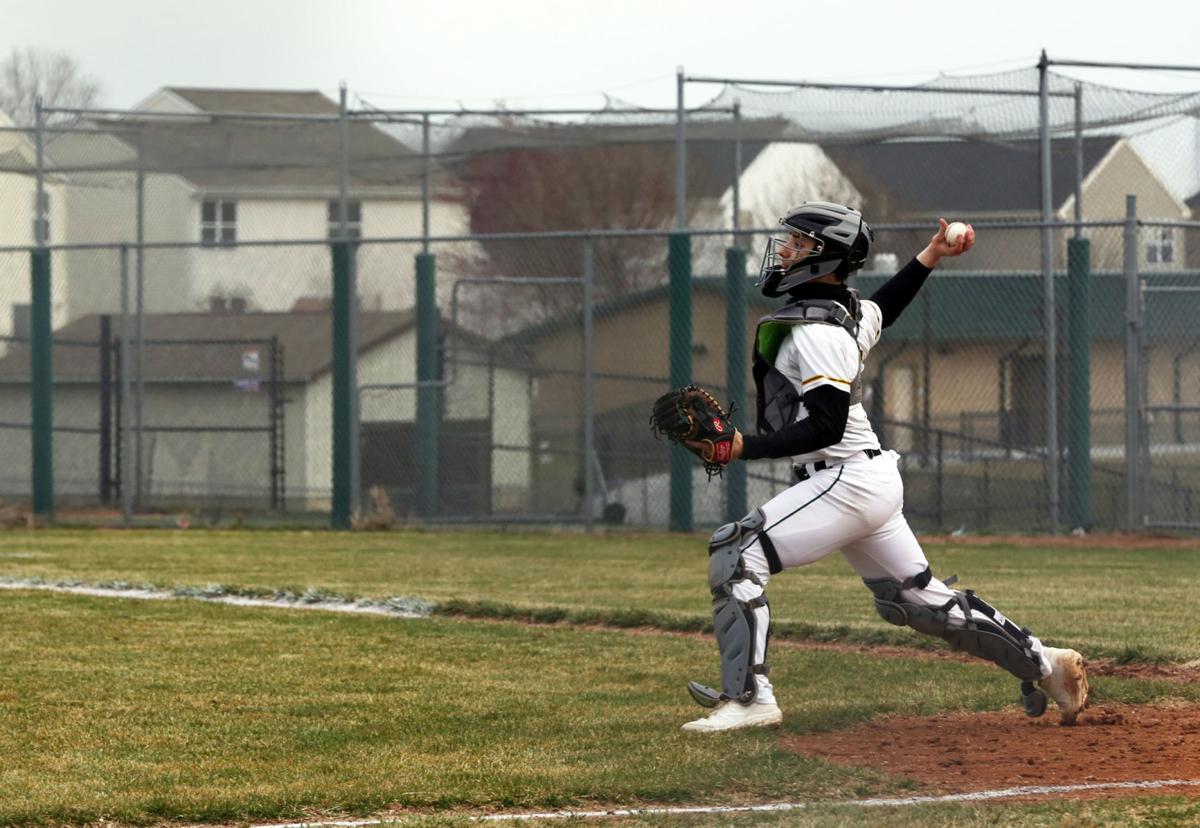 Gretna’s catcher throws down to second base after a Millard South runner attempts to steal in Saturday’s matchup on March 26.

The Dragons’ varsity baseball squad picked up their first win of the 2021 regular season by beating Omaha Westside 6-5 over the weekend on Saturday, March 27.

Gretna’s season began with a loss to Creighton Prep, 11-1, and then followed with a cancellation due to rain against Omaha Bryan. The Dragons then hosted the Millard South Patriots on Friday, Mar 26, in search of their first win.

Millard South was the first to draw blood on Friday, scoring one run in the top of the second, but Gretna was able to answer with a run of their own in the bottom of the inning. The Patriots scored again in the top of the third and only gave up three runs the rest of the game while scoring two more in each of the fifth and seventh for a well-fought out road win.

Despite coming up short the day before, Gretna entered Saturday’s road matchup against Westside with some offensive momentum that carried into their first win. The Dragons jumped to a 4-2 lead after three innings and were able to hold off the Warriors for the rest of the game, winning 6-5 after seven innings. Gretna had 12 hits on the day with only one error and held Westside to just nine hits.

Senior Grant Masters was the starter on the bump for Gretna against Westside, he pitched three innings, giving up three hits, one run and one walk while striking out six. Mason Graver came in relief with four innings pitched, six hits, four runs, one walk and one strikeout. Gretna hit an impressive 0.375 as a team behind Caleb Schnell, who went three for three with three hits, two RBI’s and one walk. Senior Jason Lund also had two RBI’s after going one for three with one hit.

Gretna will look to keep things rolling against a struggling 1-4 Bellevue East team on Monday, Mar 29. After that the sledding gets a little more rough against the Papillion-LaVista Monarchs on Tuesday, Mar 30.

Following is a list of Omaha area scholarship earners by high school.

Gretna’s Mason Graver (#14, batting) squares up for a bunt attempt in Friday’s loss to Millard South on Mar. 26.

Gretna’s Mason Graver (No.14, white) runs down the first-base line after dropping down a bunt in Friday’s loss to Millard South on March 26.

Gretna’s catcher throws down to second base after a Millard South runner attempts to steal in Saturday’s matchup on March 26.