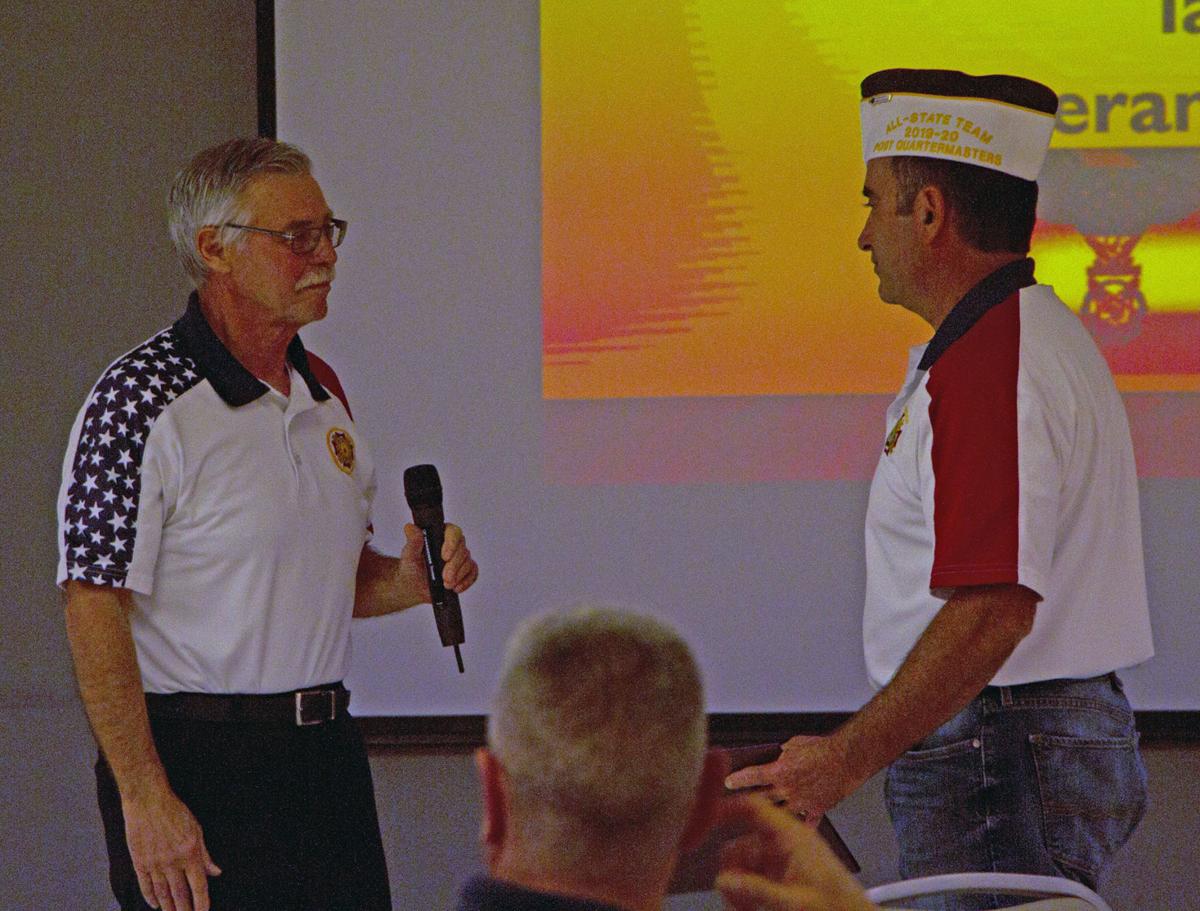 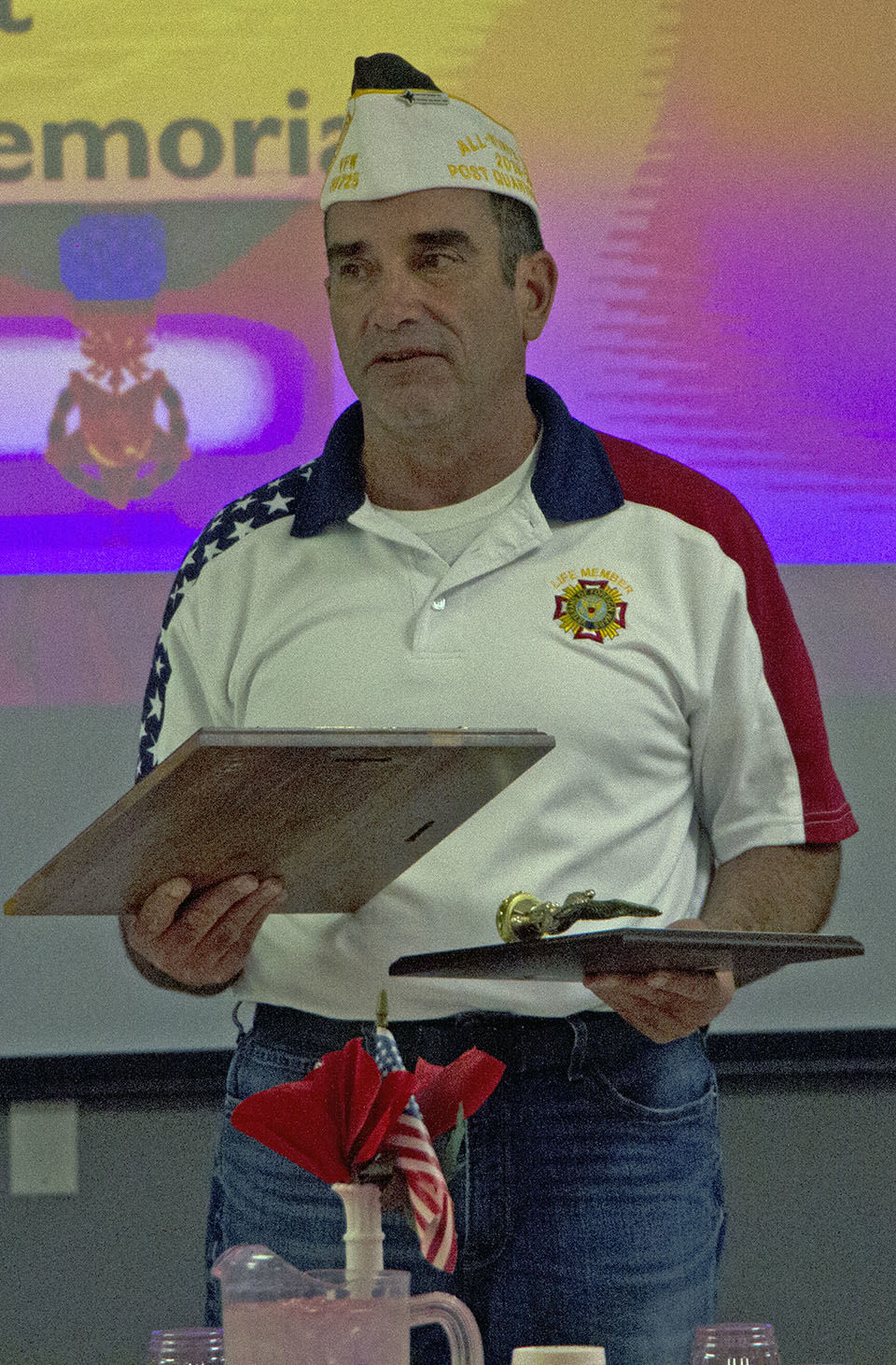 Dave Dietze accepts the 2020 Veteran of the Year award Nov. 11 at Gretna American Legion Post 216. The award was presented to Dietze at the annual Veterans Day Dinner.

It was quite the surprise for Dave Dietze last week, who learned about halfway through the Nov. 11 Veterans Day Dinner that he was to be named Gretna American Legion Post 216’s 2020 Veteran of the Year.

“I’m really humbled and honored about being awarded,” Dietze said. “It’s the veterans in the local community, active in the Legion and VFW, who decide the award. It’s a tough crowd.”

Born and raised in Gretna, Dietze graduated from Gretna High School in 1980.

After high school and finding college wasn’t for him, Dietze said jobs were hard to find in the early ‘80s. The military was an option, so he joined the Air Force, serving for 26 years and flying missions in the Middle East through Operation Iraqi Freedom and Operation Enduring Freedom. He retired in 2007.

Now, Dietze serves as quartermaster for VFW Post 10725, an office he’s held for three years. The VFW is an organization for veterans who were involved in direct combat.

“My big push — and it has been for the last two years — first and foremost, in our local community, I want to stem the tide of veteran suicides,” Dietze said. “Even nationally, suicide is a problem that goes through all walks of life, all income levels, all races, creeds and colors. It’s definitely a societal issue.

“I’m trying to educate people and get us talking about it. If we’re not afraid to talk about it, maybe we can save some lives out there, get people to realize there are resources out there.”

Along with suicide prevention, Dietze aims to reach younger veterans and bring them in.

He says the Legion and VFW work in tandem to give veterans a safe place to come, share experiences and feel connected with others who understand those experiences. It’s a place to once again feel that camaraderie shared amongst those in the same unit, working closely to accomplish a mission.

“I’m just doing what I do because I think it’s important and I want to help,” he said. “I try to reach out to other veterans in the community because I know how I felt when I retired.”

A new casual dining spot has popped up along the Highway 370 corridor in Gretna.

Gretna’s own Carrie Wiegman will publish her debut novel, “Coming In From the Outfield,” on April 9.

The Gretna Lions Club will host a free community paper shredding on April 24 from 10 a.m. to noon in the McKinney’s Food Center north parking …

Wild game feed set for May 1

The Knights of Columbus Gretna Council #10047 will host a wild game feed May 1 at St. Patrick Catholic Church, 508 Angus St.

Title-favorite lady Dragons continue to shine on the pitch

Dave Dietze accepts the 2020 Veteran of the Year award Nov. 11 at Gretna American Legion Post 216. The award was presented to Dietze at the annual Veterans Day Dinner.