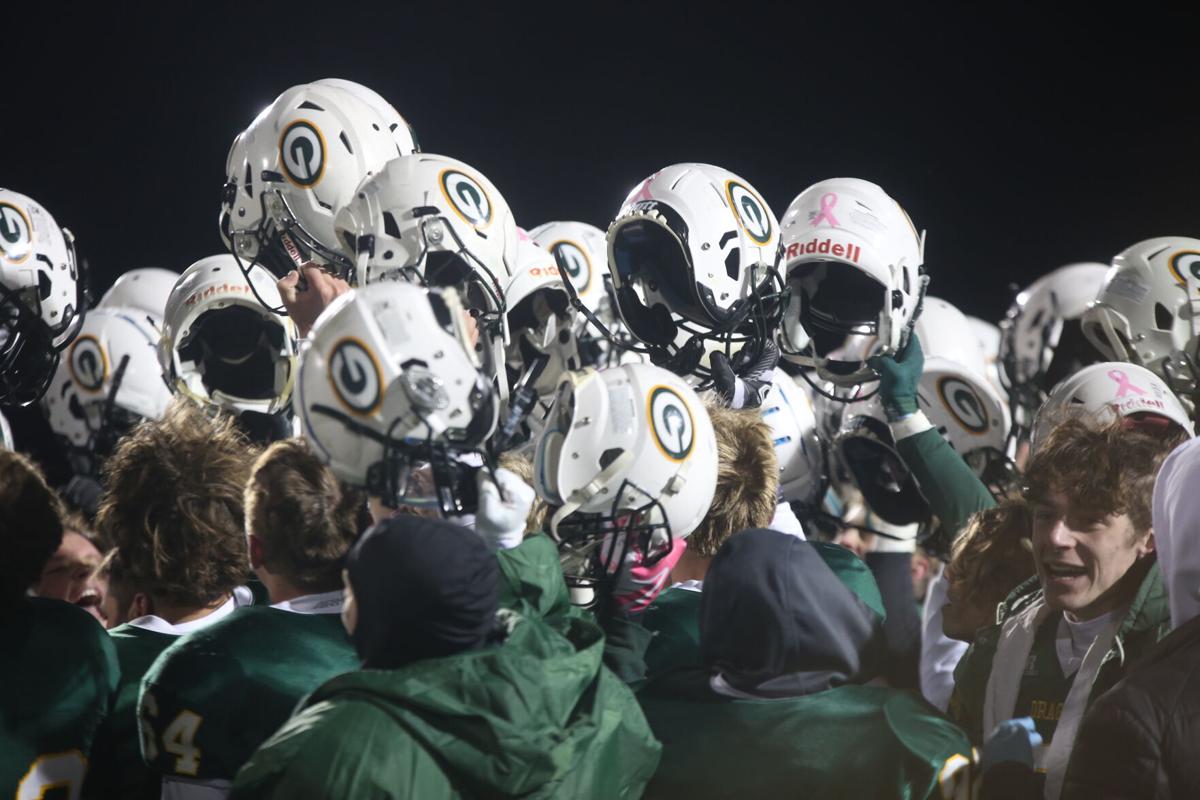 Gretna celebrated its 34-0 win over Omaha North on Nov. 12. Gretna is set to face off against Omaha Westside in the championship game on Nov. 23 at Memorial Stadium. 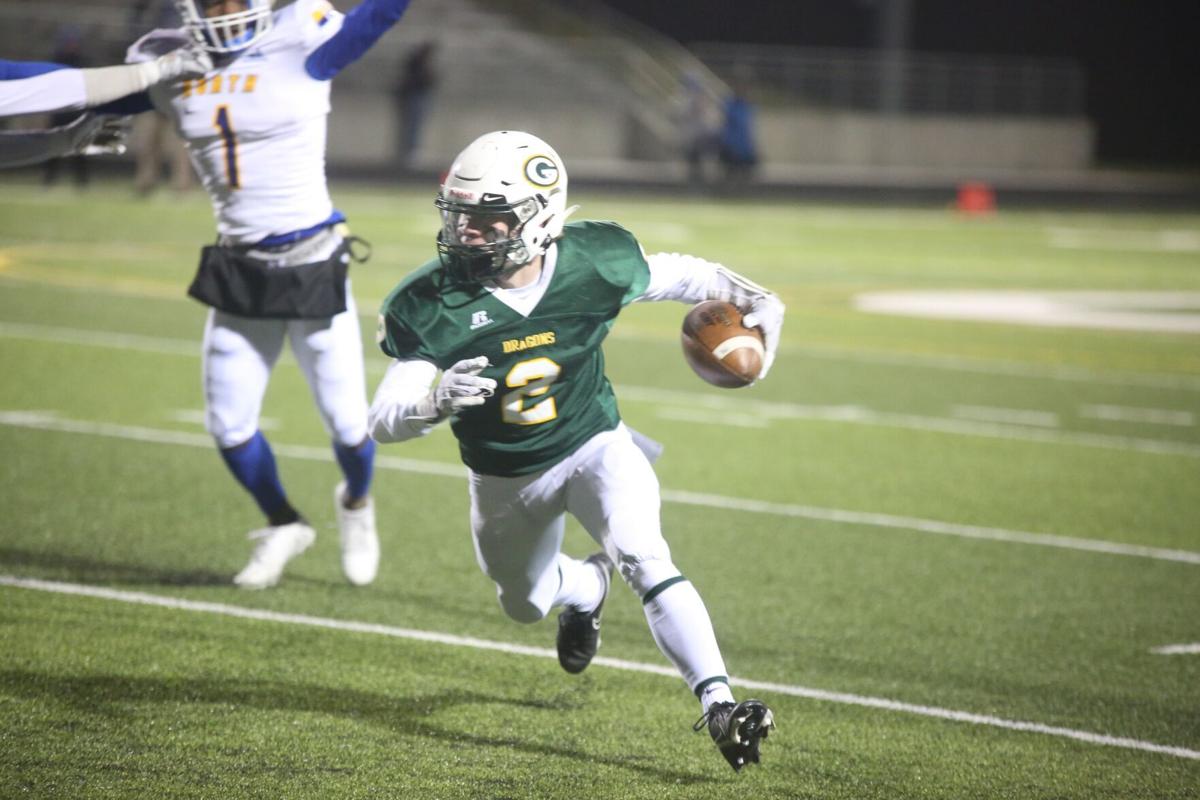 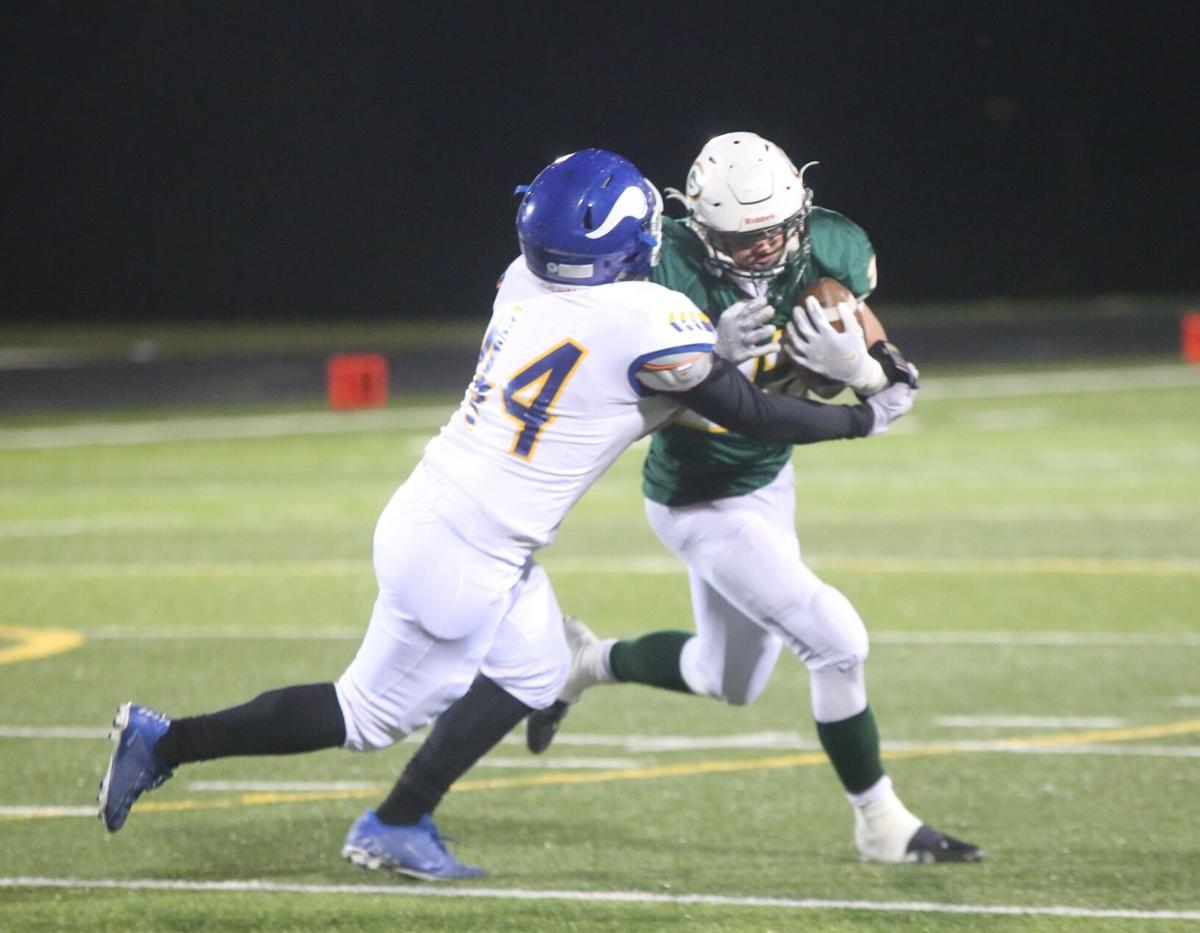 Gretna running back Mick Huber tries to shrug off an Omaha North defender on Nov. 12. 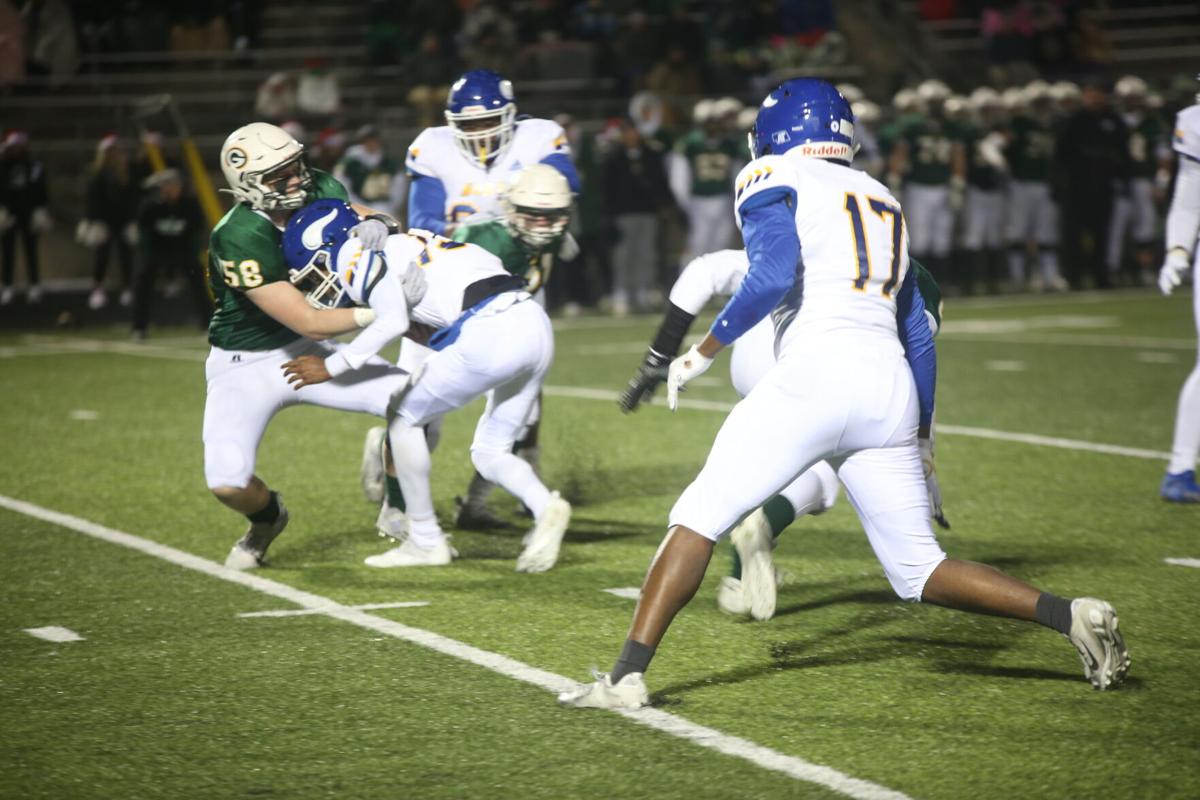 Freezing temperatures and wild winds could not prevent the Dragon football team from flying through this semifinal matchup, as Gretna provided a balanced attack that the Omaha North Vikings could not handle.

Dragon running back Mick Huber kicked things off for Gretna with an 8-yard touchdown run to put the Dragons up 7-0 with eight minutes and six second left in the first quarter.

Gretna Quarterback Zane Flores showed off his running ability when he rushed from two yards out for another Dragon touchdown to increase the lead to 14-0 over Omaha North headed into halftime.

Flores threw a 27-yard pass to wide receiver Tj Silliman to put the Dragons up 21-0 with seven minutes and 20 second left in the third.

Huber would get his second touchdown of the night with two minutes left in the third to increase Gretna’s lead to 28-0.

Flores connected with wide receiver Brayden Chaney to increase the lead to 34-0 over Omaha North.

Gretna Head coach Mike Kayl said the team has learned a lot about themselves over the course of the season and has hit its stride.

“We put a full game together tonight, we played a great Omaha North team and really can’t say enough about that team, what they’ve accomplished here at the end of the year,” Kayl said. “Our kids just came ready to play and I’m extremely proud of them and this staff. Words can’t describe how proud I am.”

He said the first couple of years that Gretna moved to Class A were tough.

“Fortunately, the kids, the coaches, just kept coming back and went back to work. We learned a lot about ourselves and we just, we did a lot in the off season to get to this point,” Kayl said.

“We had something that we could really work with and after coming off the playoff season last year, you could tell how hungry they were and the staff too,” Kayl said.

Gretna will face off against defending champs and undefeated Omaha Westside on Nov. 23 at Memorial Stadium in the Class A championship game.

Gretna celebrated its 34-0 win over Omaha North on Nov. 12. Gretna is set to face off against Omaha Westside in the championship game on Nov. 23 at Memorial Stadium.

Gretna running back Mick Huber tries to shrug off an Omaha North defender on Nov. 12.