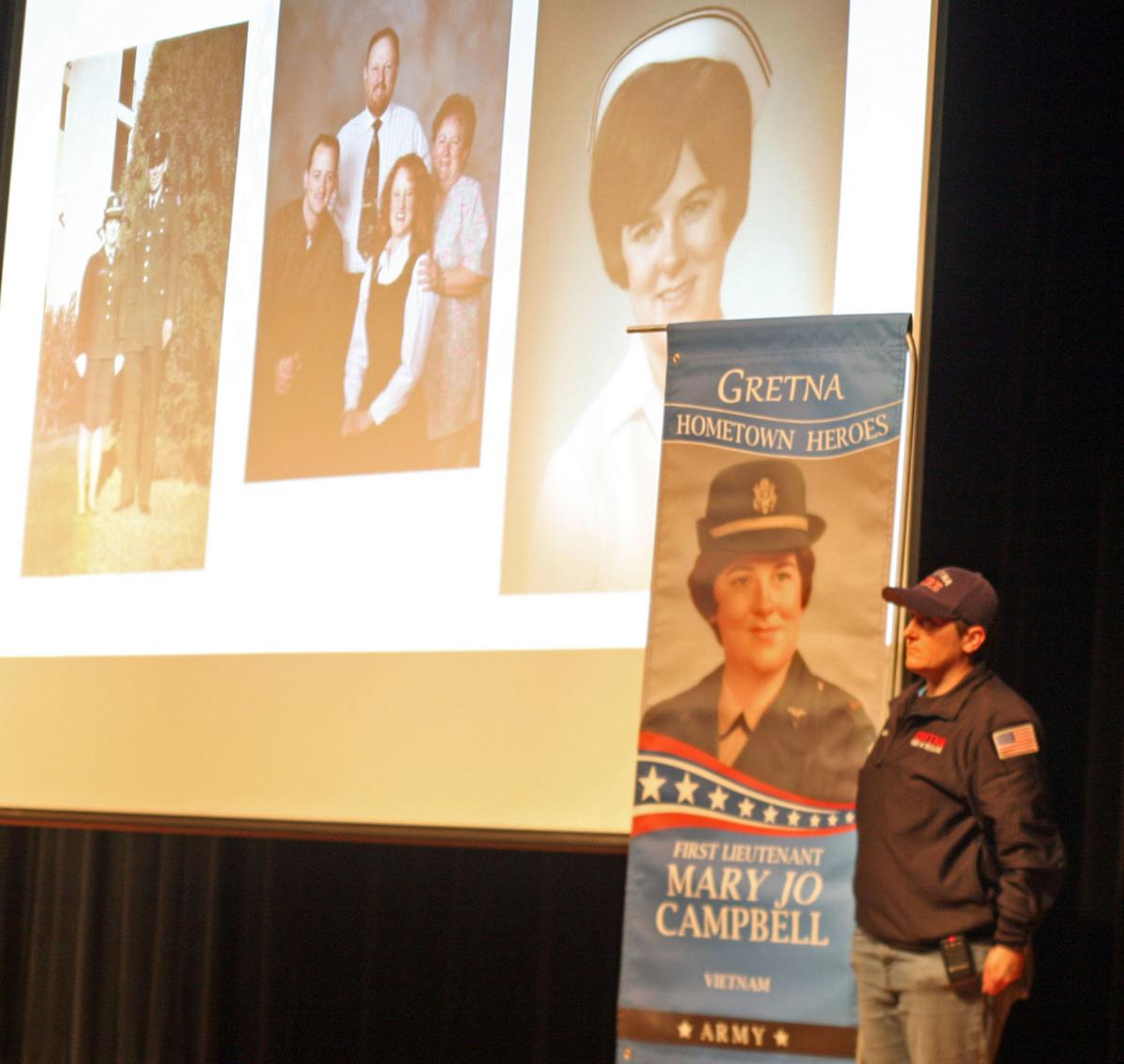 A banner honoring Mary Jo Campbell is revealed May 20. The banner is part of the most recent group of military recognized through the Gretna HomeTown Heroes banner program. The banners will be displayed along Highway 370 for two years. 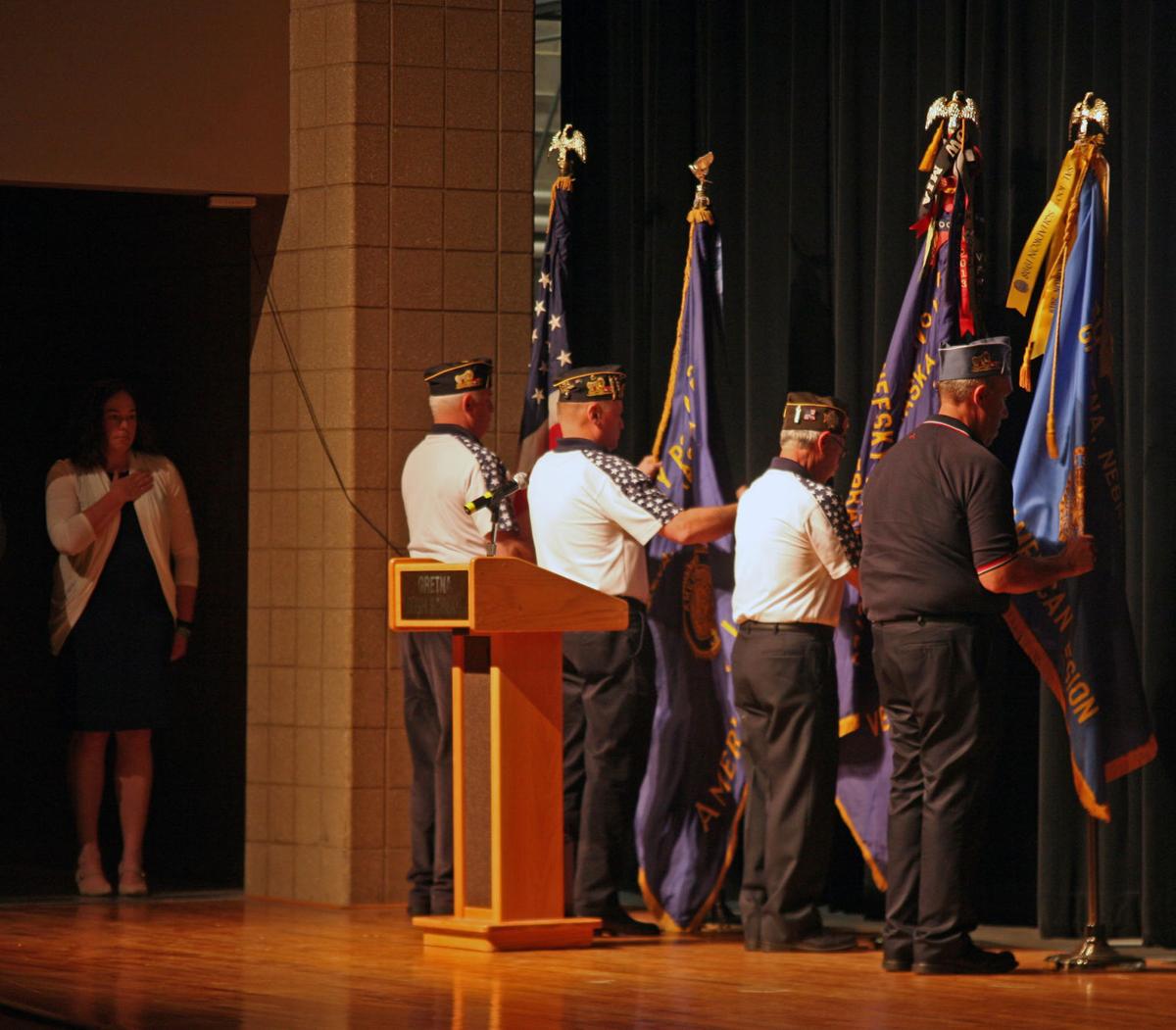 The hanging of the banners followed a banner reveal ceremony, held May 20 at Gretna High School. The ceremony served to present the banners and provide biography information on the 20 new veterans recognized through the Gretna HomeTown Heroes program.

The program allows Gretna-area reisdent to honor residents or family members that have served or are currently serving in any branch of the United States military.

Each group of banners goes up for two years, after which the banners are retired and new group is selected.

During the ceremony, Gretna American Legion Post 216 presented the colors. Legion members, along with the Gretna Marine Corps League and Marines recruiters and poolwees from the West O Marine recruit station presented the banners. Family-provided biographies were read as photos were displayed.

A banner honoring Mary Jo Campbell is revealed May 20. The banner is part of the most recent group of military recognized through the Gretna HomeTown Heroes banner program. The banners will be displayed along Highway 370 for two years.