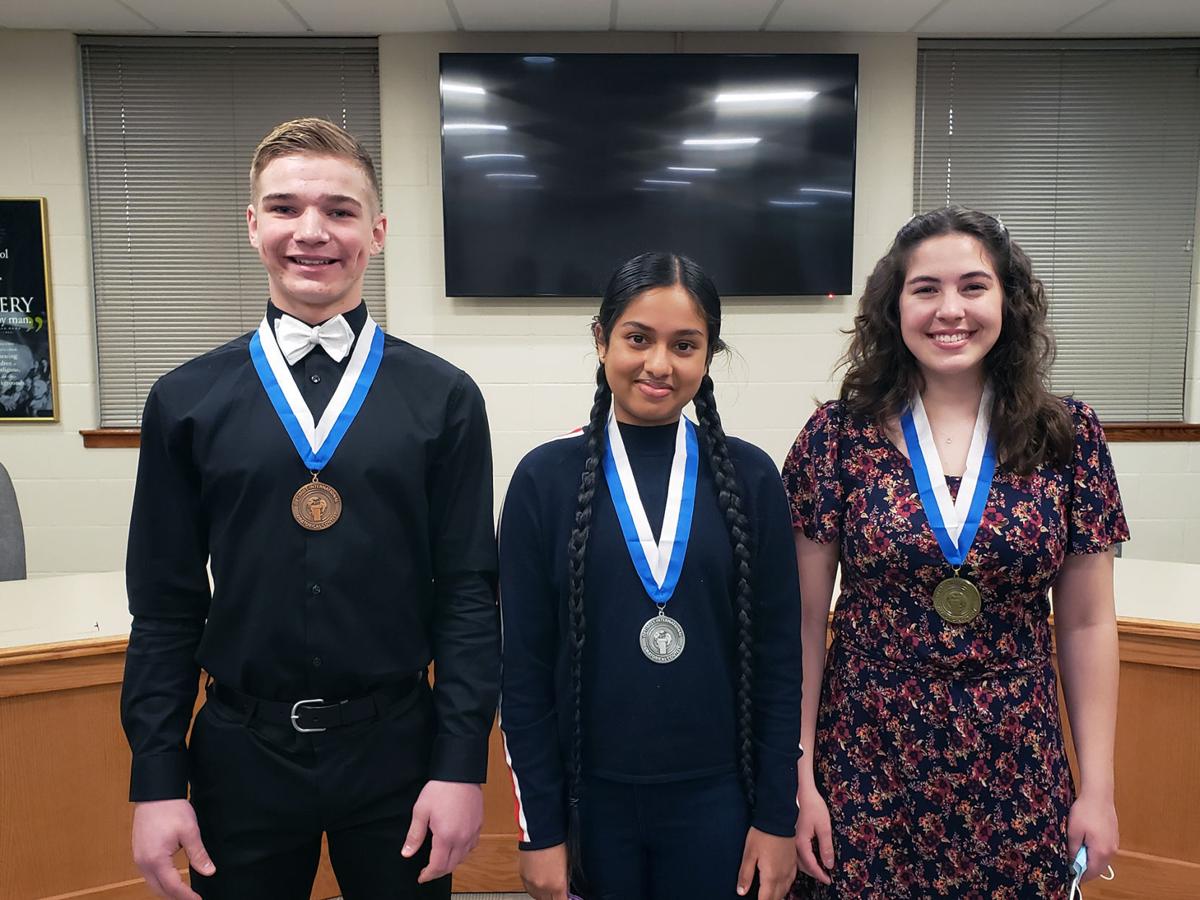 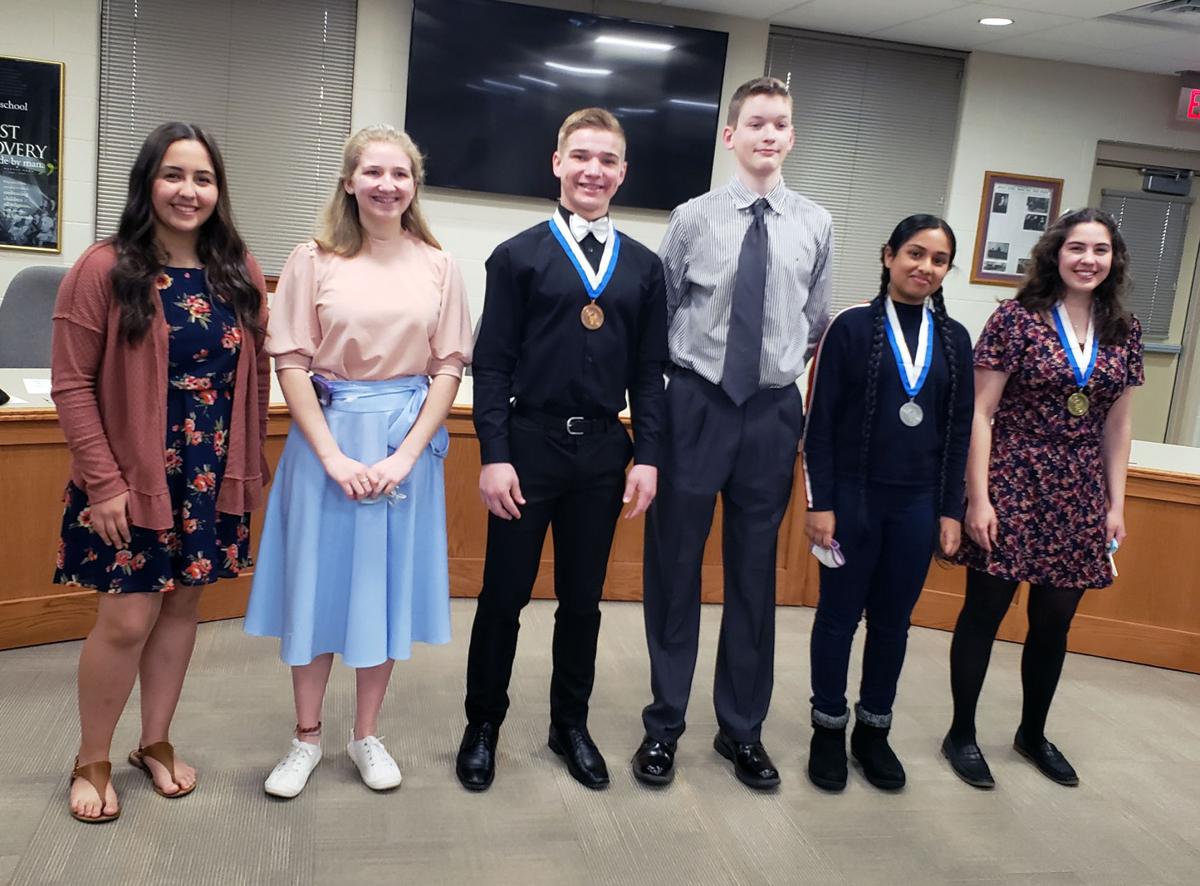 The topic for this year’s contest is “Healing the World with Optimism.”

The entire freshman class at Gretna High School participates in the event. Part of the ninth grade curriculum is speech writing, so all 410 students wrote a speech.

The students then voted and narrowed it down to 14 peers.

Outside judges were brought in and narrowed the final list down to six, who presented this morning. Those six participants were Ava Fuller, Kate Wegner, Cameron Bothwell, Lane Prentice, Nivriti (Nivi) Varanasi and Maya Huber.

Medal winners were Maya Huber in first, Nivi Varanasi in second and Cameron Bothwell in third. The top two will compete in the state competition in May.

The Gretna City Council voted 4–0 April 20 in denial of a conditional use permit for a proposed Starbuck’s kiosk in Village Square.

At its April 12 meeting, the Gretna Public Schools Board of Education:

In its second year, the Gretna High School eSports team is celebrating another successful season.

The Gretna Lions Club will host a free community paper shredding on April 24 from 10 a.m. to noon in the McKinney’s Food Center north parking …

Gretna’s own Carrie Wiegman will publish her debut novel, “Coming In From the Outfield,” on April 9.