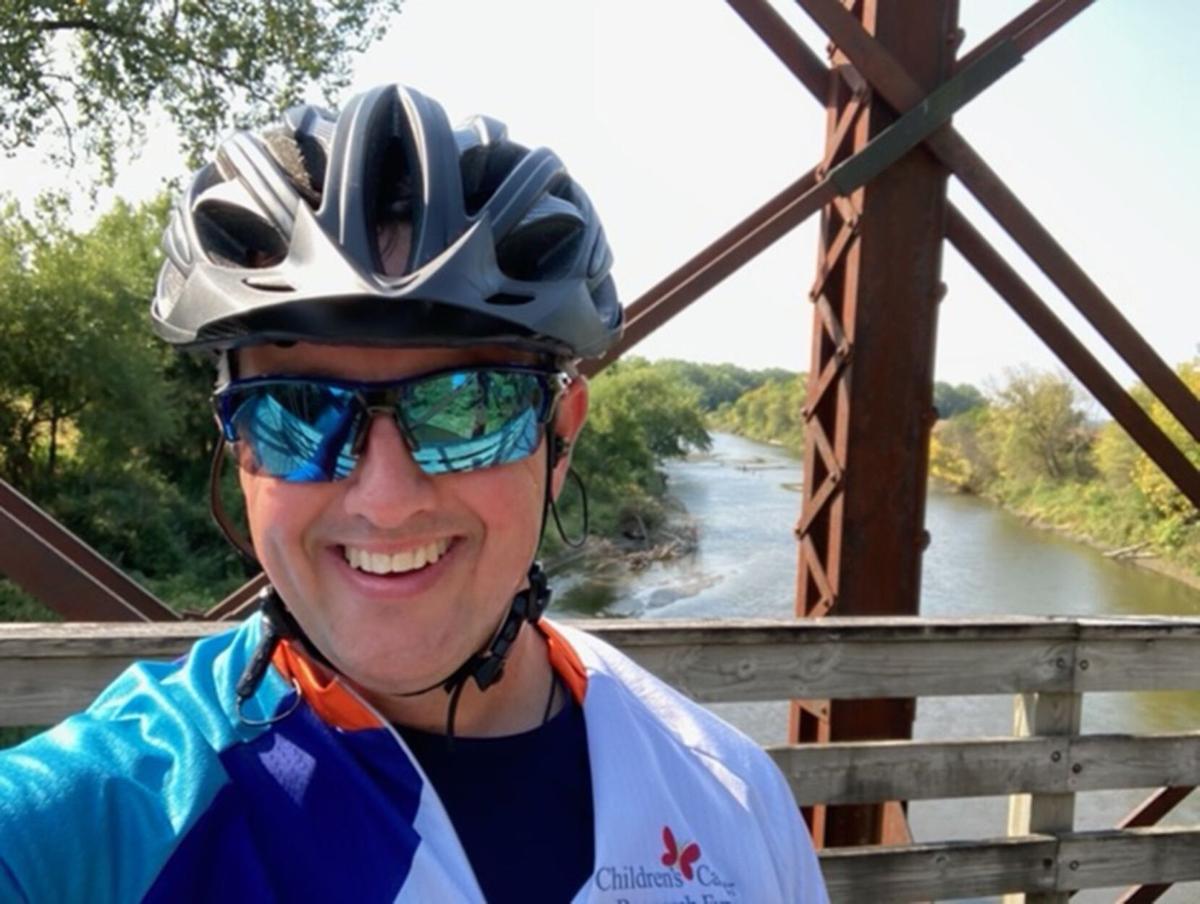 Chad Phelps stops for a photo on his 106-mile ride, his longest ride to date. Phelps bicycled for more than 600 miles in September to raise funds for children’s cancer research. 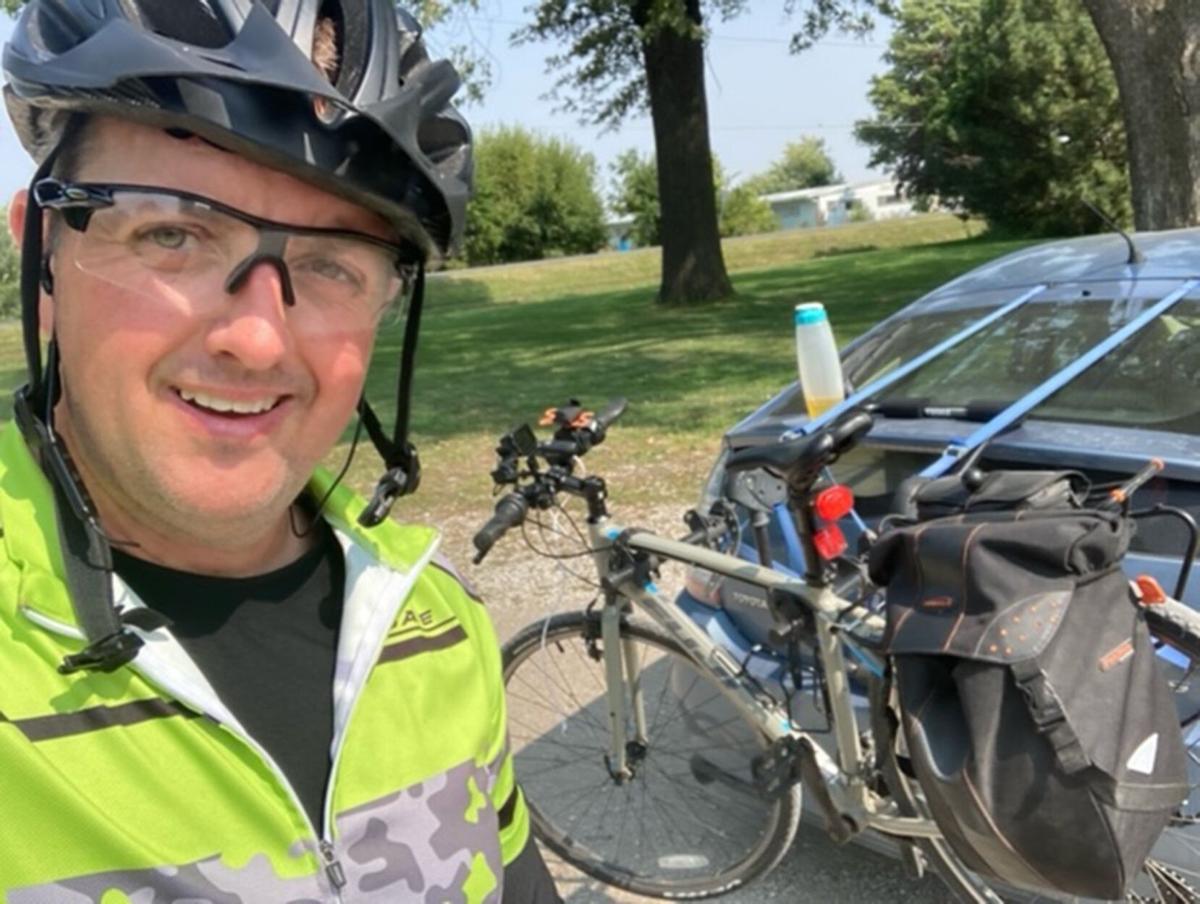 Chad Phelps and his bicycle, which he rode for 615 miles in the month of September.

A local man biked more than 600 miles in the month of September to fund children’s cancer research.

Chad Phelps, an Air Force veteran and Gretna resident, began bicycling in 2015. Weighing 220 pounds, he dusted off a mountain bike he’d had sitting around and got to work losing weight.

“I hated running, so for cardio I would bike, first at the gym and gradually more outside,” he said.

Over the last three years, Phelps began adding longer rides to his routine.

This year, Phelps used his workouts for a good cause, participating in the sixth annual Gretna Cycle Challenge USA, a September fundraiser for the Children’s Cancer Research Fund. Founded in 2015, the challenge has brought in more than 230,000 riders covering 18 million miles, and raised more than $24 million for research to help treat and cure childhood cancer.

Phelps says he remembered hearing about the fundraiser last year. After upping his rides to include some 30- to 40-mile stretches, it seemed feasible.

“150 to 200 miles a month has been keeping me fit, so when I started the fundraiser, I thought it had to be something over and above,” he said. “I started with a goal of 400 miles but found pretty quickly I was going to exceed that.”

After taking on additional rides, Phelps set his goal for 600 in September. By the end of the month, Phelps had ridden 615 miles, including a Sept. 24 ride that totaled more than 100 miles alone.

“My dad passed away when I was a kid, from cancer, and I thought what a great opportunity to do something I love and help kids who are battling cancer,” Phelps said. “Whenever I struggle, I think of those kids. They have to do this every day; they don’t have a choice as to whether they’re going to wake up and push through.

“Anytime I find myself struggling, I just remember what it’s for.”

He is still actively seeking sponsors and donors for his campaign, open through the end of October.

Phelps has received donations from Scheels in Village Pointe and realtor Heather VanArsdale with Nebraska Realty. He is organizing a raffle and silent auction to raise further funds, though details are still in the works.

“I’ve just been so appreciative of all the friends that have donated to this point,” he said. “That;s been awesome. I’m just thankful they’re helping me help the kids out.”

Those who want to make a donation can do so online at greatcyclechallenge.com/Riders/ChadPhelps.

After more than 70 years, a Beckwith family heirloom has found a new home where it can be enjoyed by many.

Climbing enrollment on trend for GPS

Gretna Public Schools enrollment numbers continue to rise. The numbers were presented to the Board of Education at its Oct. 12 meeting.

Teachers are kicking it high tech this year, offering virtual visits to their classrooms through the Gretna High School digital open house.

Chad Phelps stops for a photo on his 106-mile ride, his longest ride to date. Phelps bicycled for more than 600 miles in September to raise funds for children’s cancer research.

Chad Phelps and his bicycle, which he rode for 615 miles in the month of September.