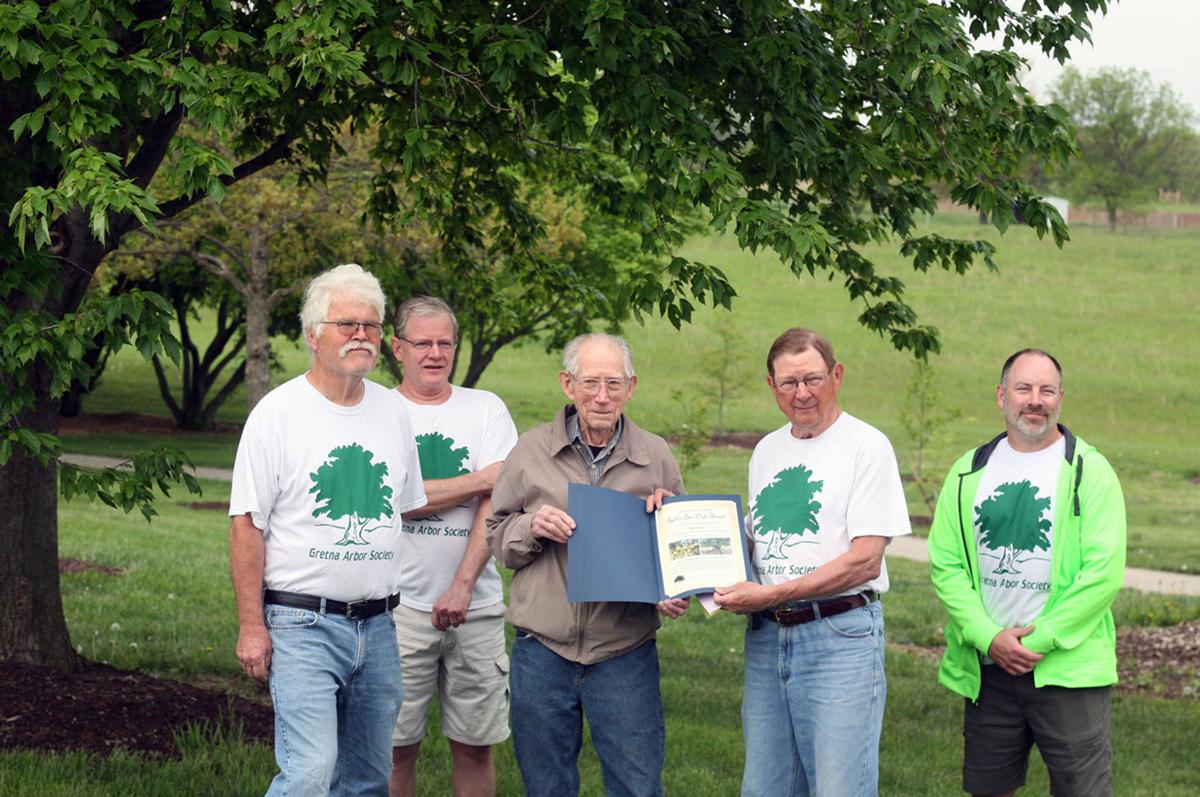 The Gretna Arbor Society presents the Relict Oak Certificate to Ron Sawyer, the group’s longest member, on May 15 at Leo Royal Park. A lifelong Gretna resident, Sawyer joined the Gretna Arbor Society in 1999, just 12 years after its establishment in 1989. Sawyer is celebrated as a Gretna Arbor Society emeritus member. He is a veteran, former city councilman and former Gretna Citizen of the Year. Ron spent many years watering the newly planted trees in all of Gretna’s parks. He is not a voting member of the Tree Board, but continues to give advice to the Arbor Society. Pictured, from left: Dave Kovar, John Wokken, Ron Sawyer, Jim Keepers and Jerry Imig. 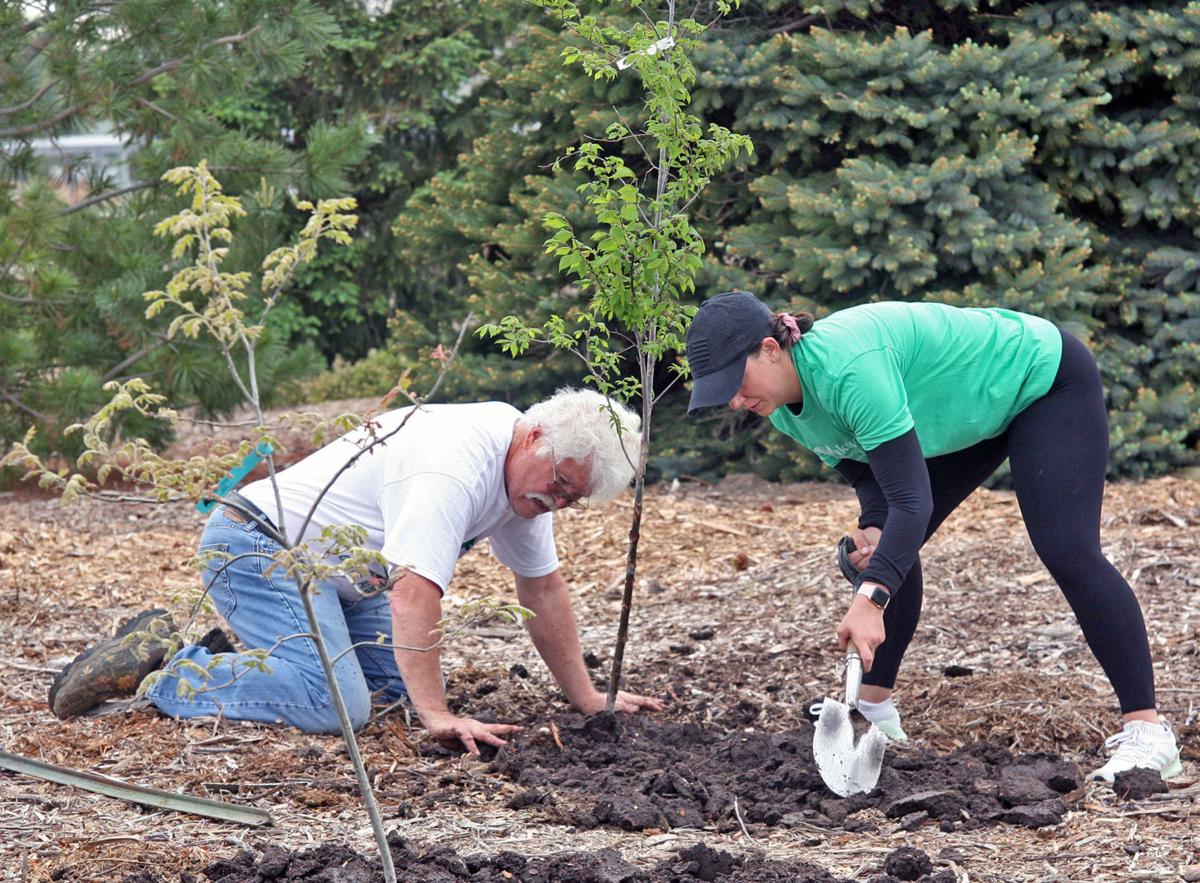 Dave Kovar and Hannah Wooden plant a tree in Leo Royal Park on May 15. 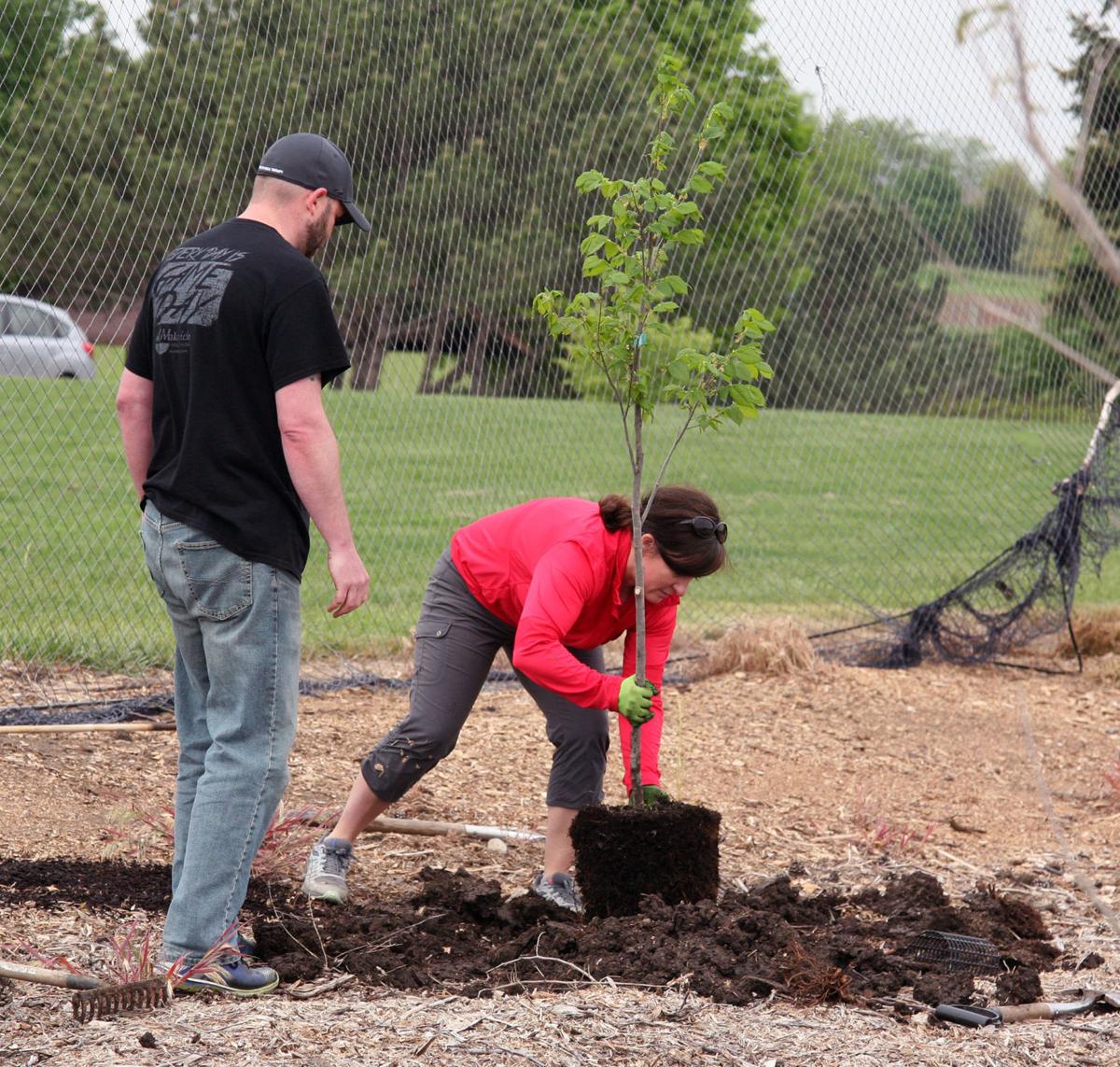 Jon Lerum and Missy Ragatz plant a tree in Leo Royal Park on May 15. Volunteers from Makovicka Physical Therapy joined the Gretna Arbor Society to plant five trees at Leo Royal Park that morning. Two of the five replaced dead trees and three were added.