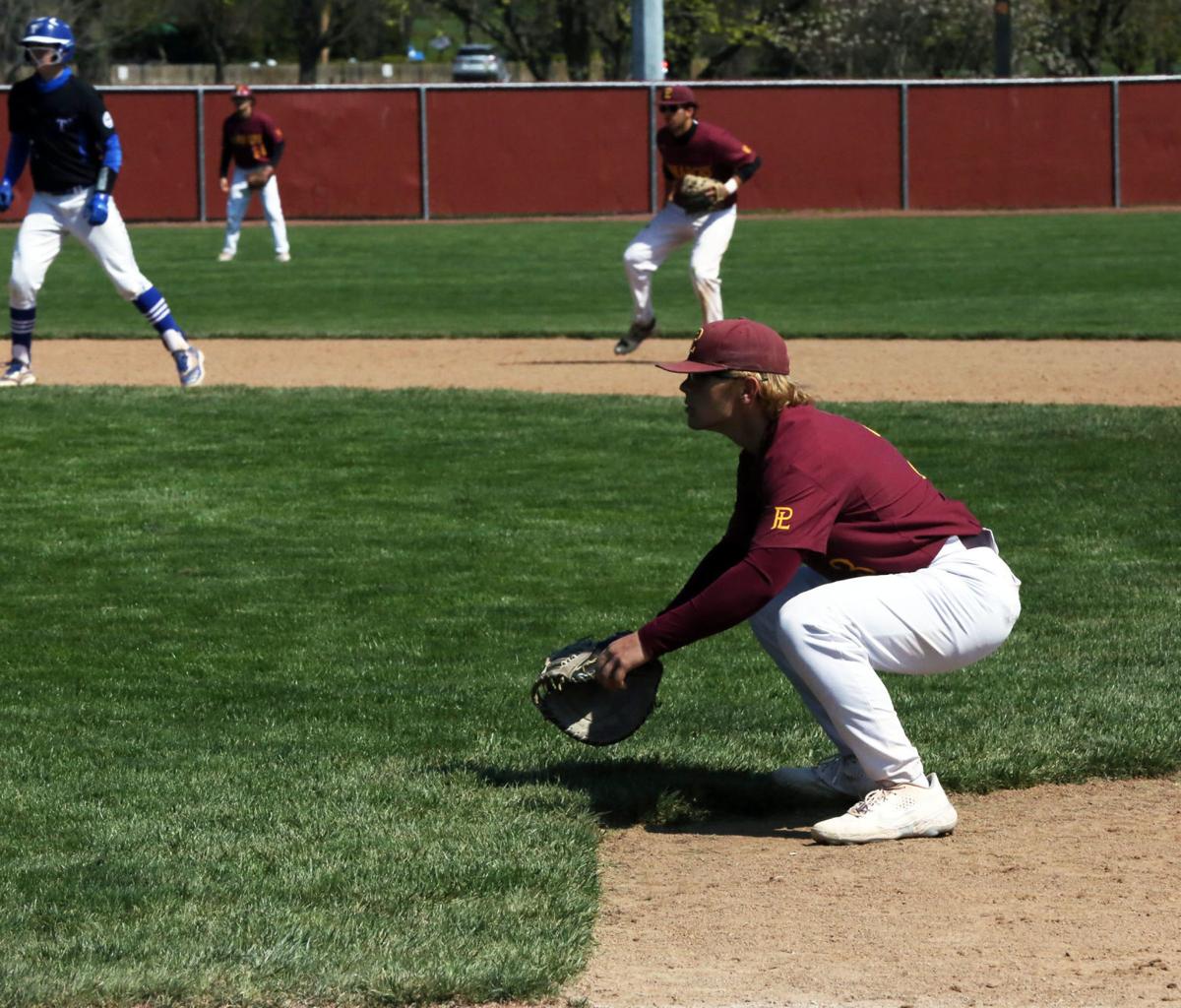 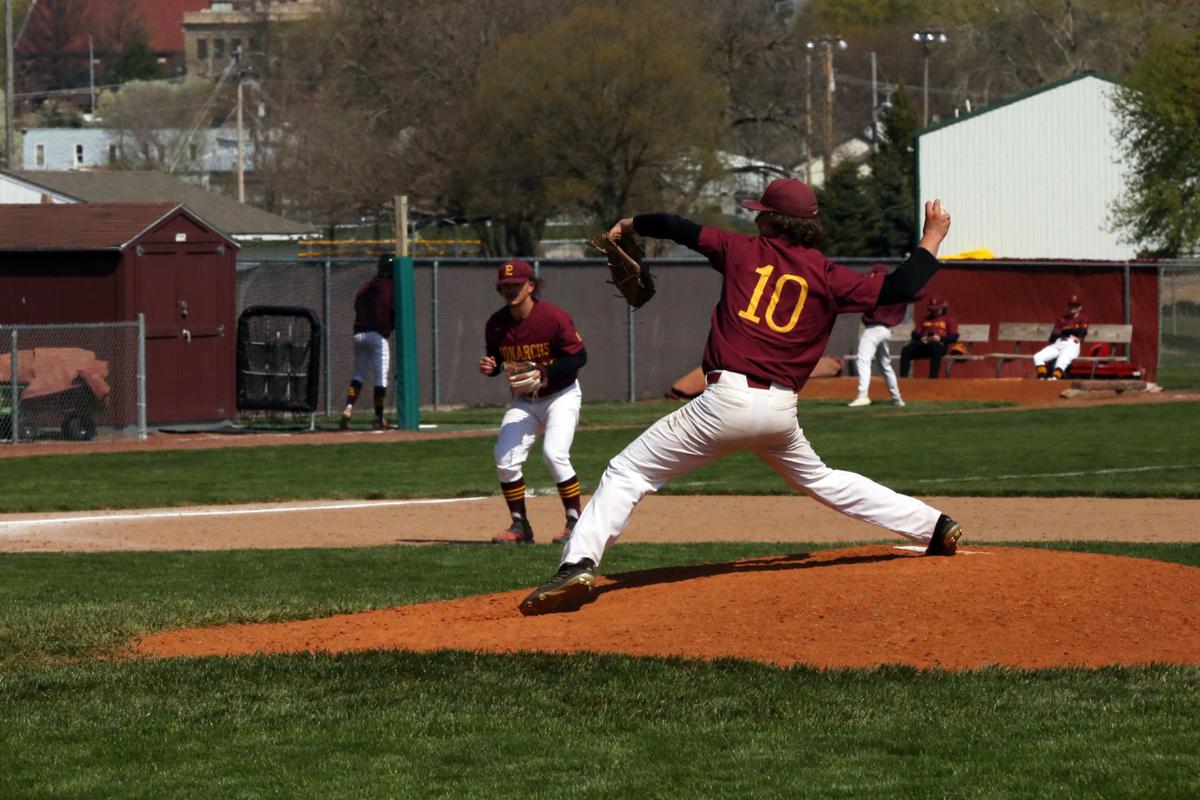 Monarchs’ Kael Guyott (No. 10, maroon) loads up to throw a pitch against the Papillion-La Vista South Titans on April 24. 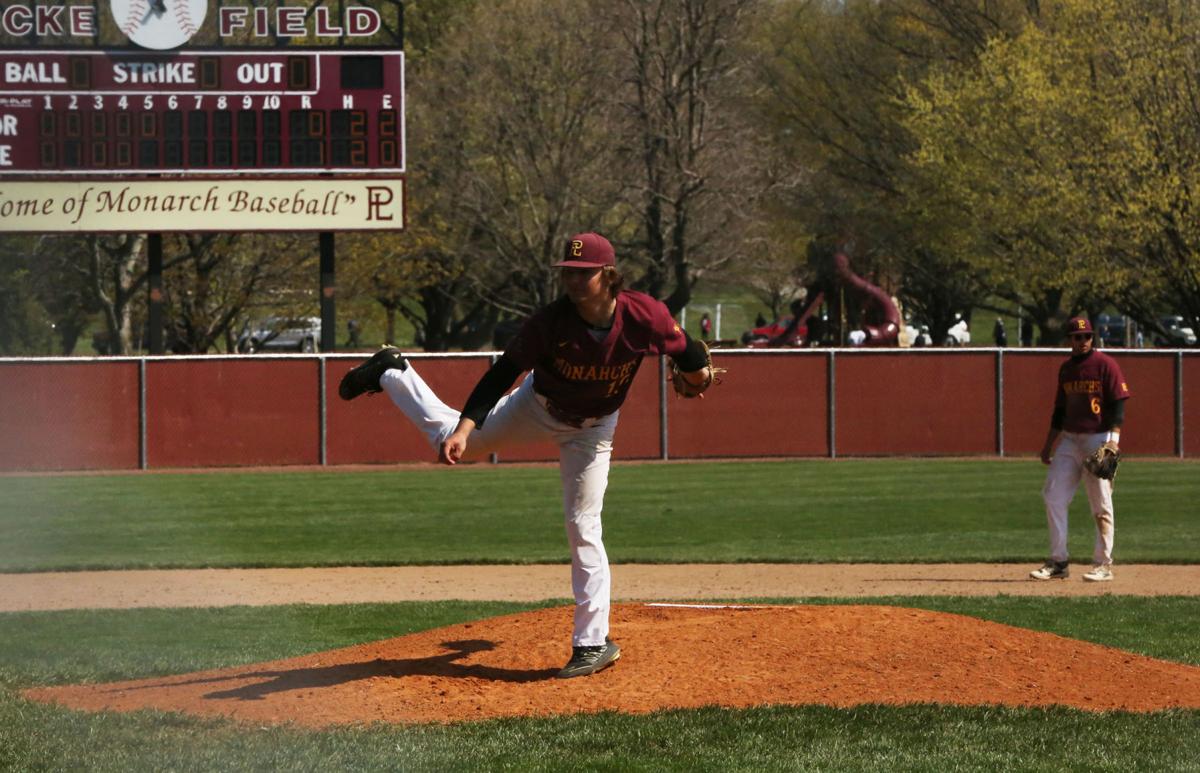 Papillion-La Vista’s Kael Guyott (No. 10, maroon) delivers a fast ball against a Titan batter in the Monarch Invite on April 24. 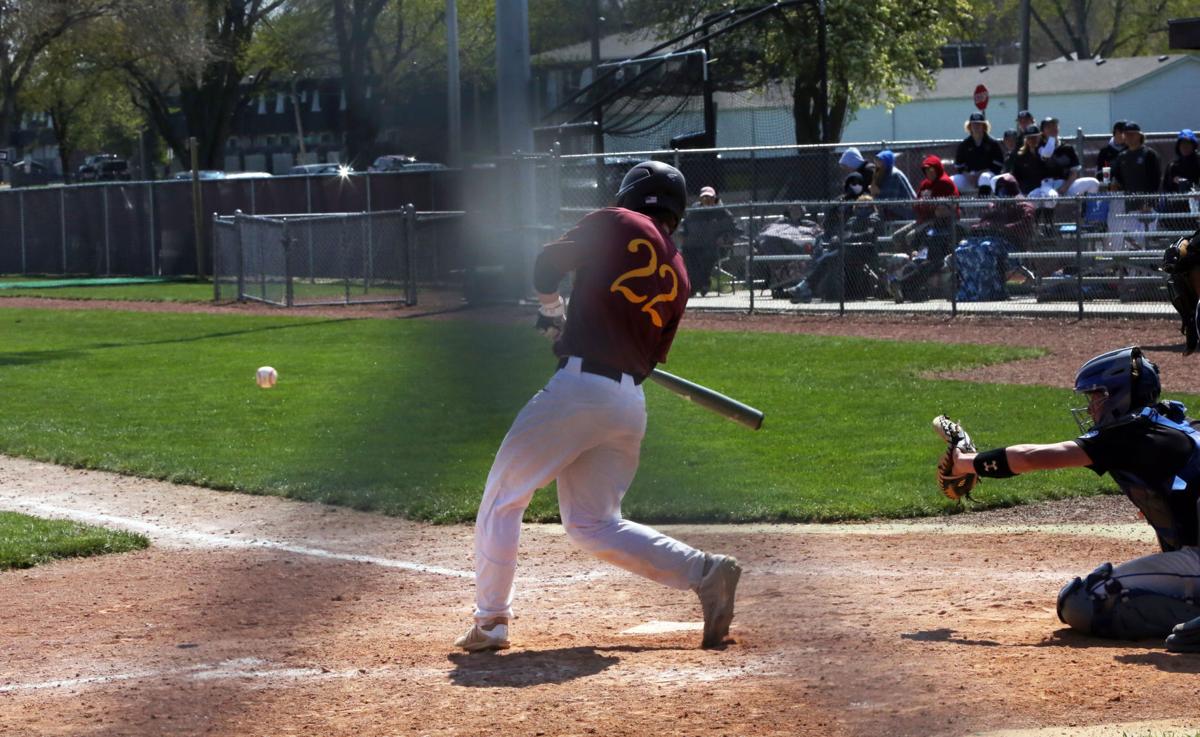 The Papillion-La Vista Monarchs’ varsity baseball team started the week off hot after beating Creighton Prep and Elkhorn South, but couldn’t capitalize on a late-season win streak, following up with losses to Millard West and rival Papillion-La Vista South.

The Monarchs’ win against Creighton Prep came on April 21 in 10-3 fashion. Gage Ingram was on the mound for the win, he finished with seven strikeouts in six innings pitched. Jackson Ossenfort had the Monarchs’ big batting highlight, as he took a Prep pitcher deep over the outfield wall for a big-time home run. Jacoby Hurst, Luke Saxton and Chase Clark all hit doubles on the day.

Papillon-La Vista’s following win was against Elkhorn South in the first round of the Monarch Invite on April 22. Skipper Nate McCabe and company kept their offensive momentum rolling as, Saxton took a ball deep and finished with a team-high four RBIs. Another gem of a pitching performance came from the arm of Patrick Zeller, as he finished with eight strikeouts over six innings and the Monarchs left with an 8-4 win.

Following their second round win, the Monarchs faced Millard West in a rematch from April 10. Revenge was clearly on the Wildcats’ agenda as they came out and scored two in the top of the first for an early lead. Papillion-La Vista grabbed the lead back after a four-run fourth inning but five runs from the Wildcats in the top of the fifth would seal the deal. Millard West would go on to win the rematch 7-4 as these teams two are now 1-1 against each other.

However, with the possibility of a Monarch Invite championship in the rear-view, a big win over the Papillion-La Vista South Titans in the consolation round would have capped off the weekend for most Monarch fans. The Monarchs jumped to an early lead, as their one run in the bottom of the second was the only run scored for four innings. The Titans were finally able to answer in the top of the fifth with four runs and one more in the seventh en route to a 5-2 win. The Titans swept the regular season series against the Monarchs 2-0.

Papillion-La Vista still held a winning record of 14-10 as they prepared to face the Elkhorn Antlers on Monday. Following Monday’s matchup, the Monarchs only have two scheduled games remaining in the regular season. The Monarchs will play Omaha Northwest on Wednesday, before finishing their season against Omaha Westside on May 3.

The Papillion-La Vista South boys varsity soccer team has oddly under-performed in the month of April, dropping five in a row after starting t…

After starting their season with a 6-1 record, the Papillion-La Vista Monarchs varsity baseball team has now dropped their last three games in…

After dropping three games in a row, the Ralston Rams varsity baseball team looks to be back on track with two wins over the weekend against B…

Monarchs’ Kael Guyott (No. 10, maroon) loads up to throw a pitch against the Papillion-La Vista South Titans on April 24.

Papillion-La Vista’s Kael Guyott (No. 10, maroon) delivers a fast ball against a Titan batter in the Monarch Invite on April 24.