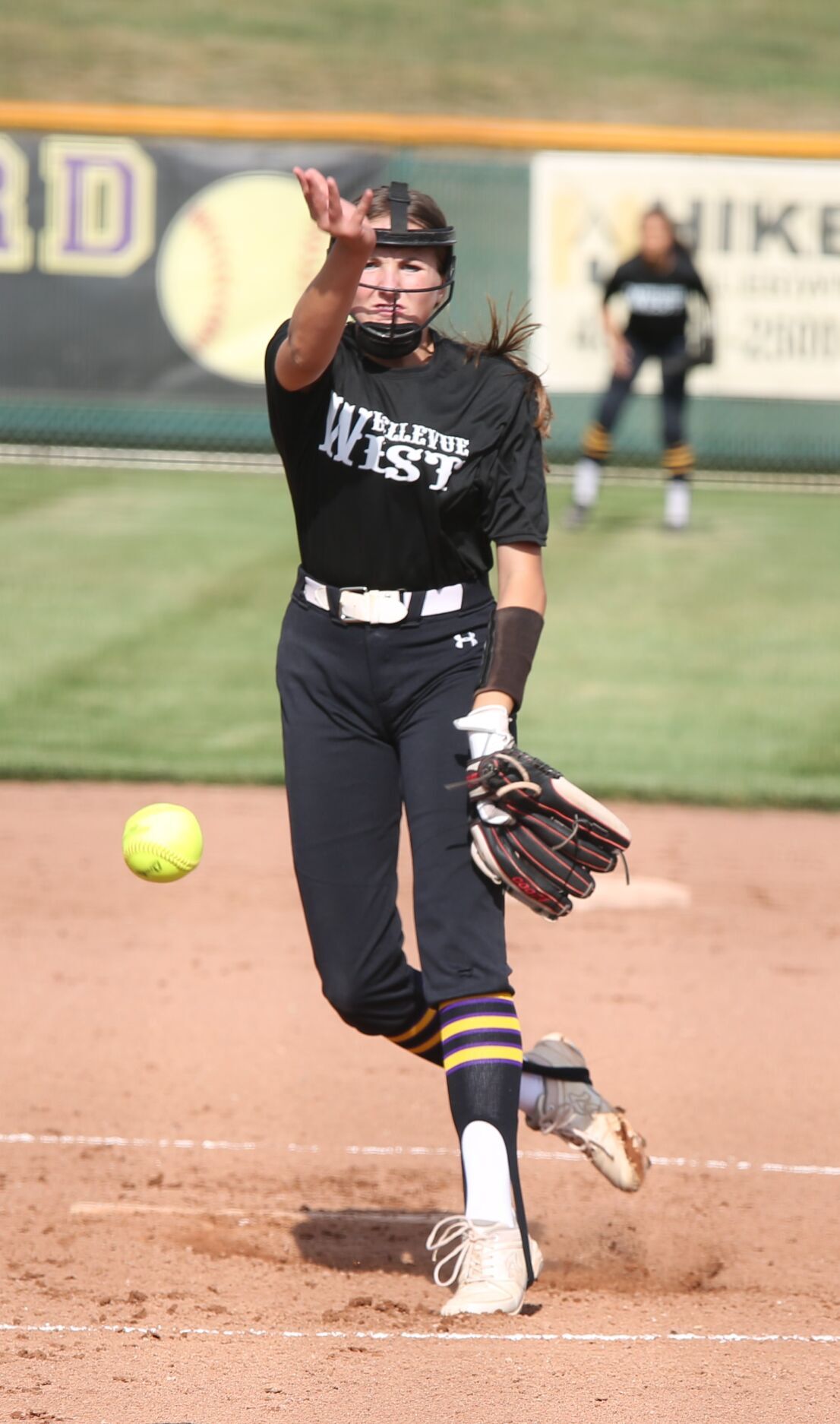 Haley DeMontel was the first pitcher on the mound for Bellevue West as it took on Papillion La Vista South at home on Sept. 30. 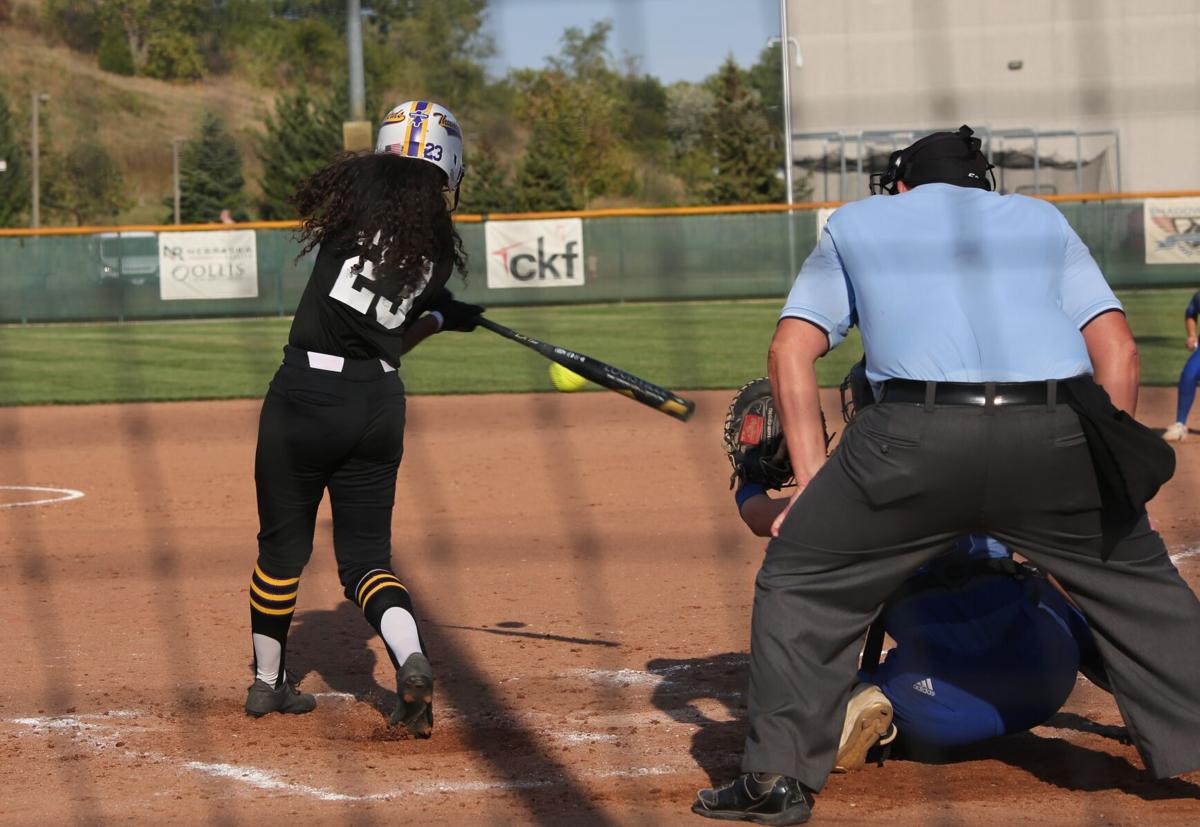 The Bellevue West softball team lost its third game in a row with a home loss against Papillion La Vista South on Sept. 30.

The Titans marched on the field against the Thunderbirds and won with a convincing 11-5 score.

The Titans wasted no time getting on the scoreboard. After two complete innings they were in the lead 5-0 against the thunderbirds.

“I was telling the girls, I mean, across the board, they played really well together,” Horton said.

It was indeed the consistency on both offense and defense that led to the 11-5 score at the end of the game.

“I felt great defensively. We had no miscues and Jillian Hazel, she threw a great game in the circle. That’s her first complete game of the season at the varsity level,” Horton said.

He said the team has set a pace where they put runs on the scoreboard in a hurry and the result did not always end well for them.

“They start well and then we kind of go cold and today they didn’t, today they were able to scratch a run almost every inning and they put a lot of pressure on their pitchers,” Horton said.

“She did a great job, I thought she did a good job, keeping everybody off balance, especially in that last inning, she threw a bunch of changeups, and we chase some stuff. It was a solid game,” Horton said.

Some stat lines that stood out for West include:

West junior Madi Hays tied the Bellevue West record for total bases reached in a season with 71 and went two for three at bats which included a homerun, an RBI and a BB.

West freshman Daytona Hall was two for three at bats with two bases reached and a run scored.

West freshman Haley DeMontel was two for three at bats with two bases reached and a run scored.

West sophomore Taylor Pheples went two for four at bats and had an RBI.

The Thunderbirds record for the season was at 8-19 after the loss.

The city councils of La Vista and Papillion convened on Tuesday, Oct. 19 for their separate, scheduled bi-weekly meetings, as did the Sarpy Co…

180th Street and Palisades Drive intersection to close for construction

Starting Monday, Oct. 25, the intersection of 180th Street and Palisades Drive will be closed for construction. The closure is expected to las…

On Tuesday, the Papillion La Vista Schools Foundation announced its 2021 Hall of Fame class, which will be formally recognized during the foun…

The Papillion La Vista Monarchs put up a good fight against a 7-1 Gretna football team to close out the regular season on Oct. 22.

ASHLAND — For the past three weeks, more than 900 Papillion La Vista Community School sixth grade students traded-in the comfort of an air-con…

PAPILLION – On Monday, the Papillion La Vista Community School Board of Education modified their mask policy from “required” to “recommended” …

Spooky and scary and sucrosey — it is Halloween time again, and the area is preparing for a ghoul time.

180th Street and Palisades Drive intersection to close for construction

Starting Monday, Oct. 25, the intersection of 180th Street and Palisades Drive will be closed for construction. The closure is expected to las…

Haley DeMontel was the first pitcher on the mound for Bellevue West as it took on Papillion La Vista South at home on Sept. 30.