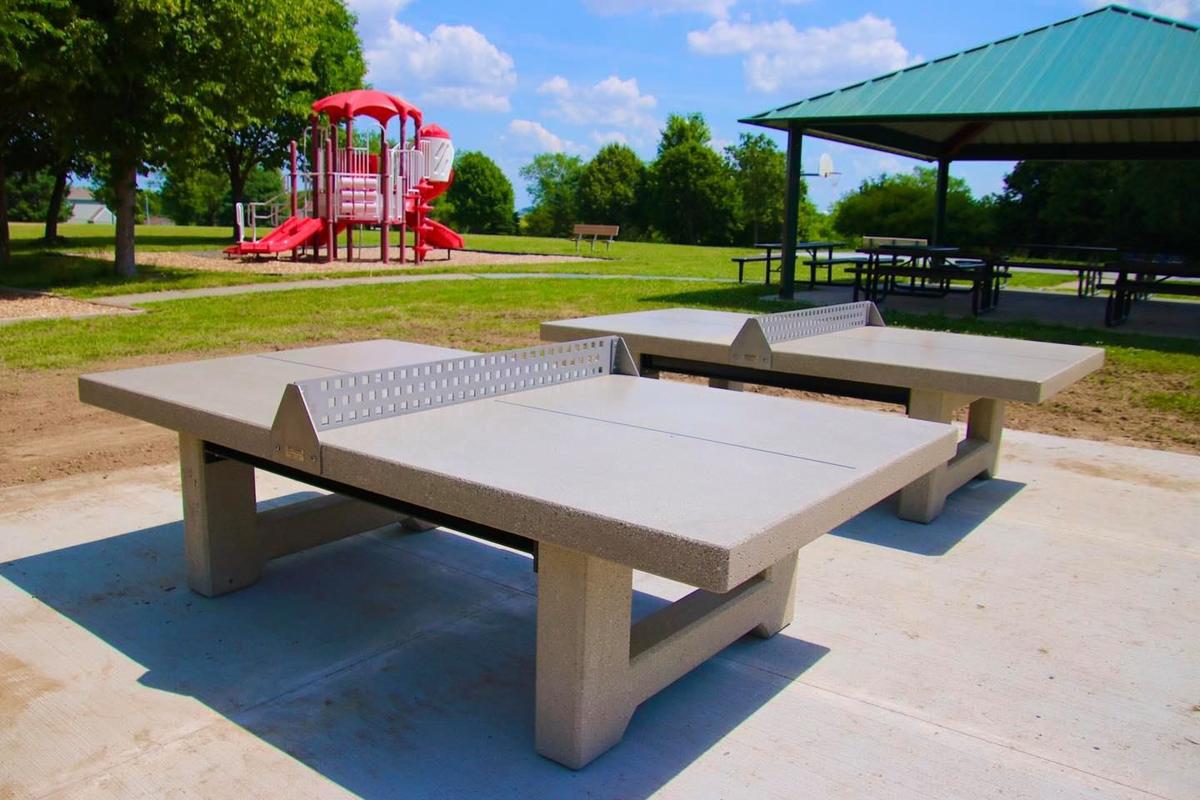 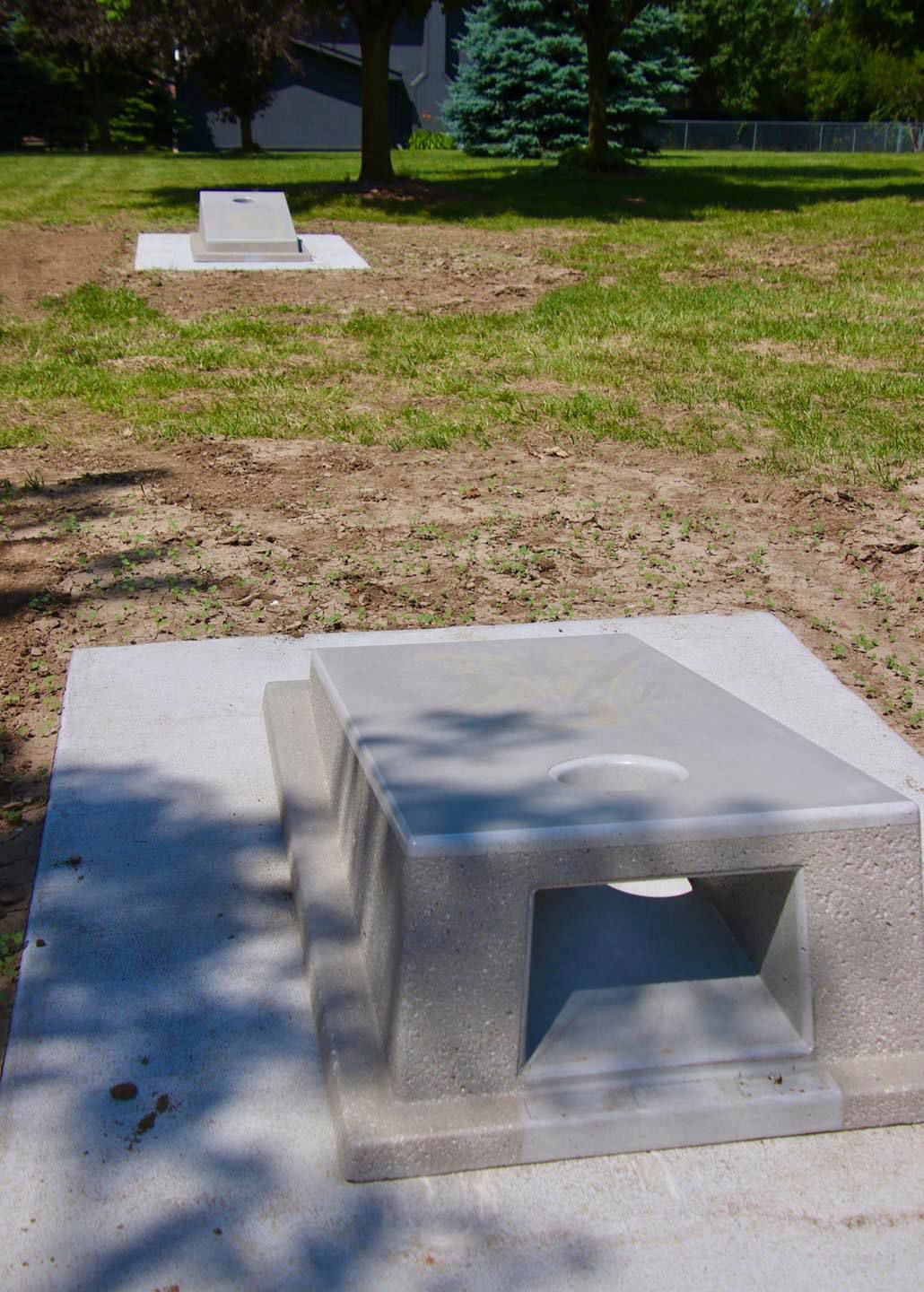 Cornhole courts are part of the new additions to Overland Hills Park. 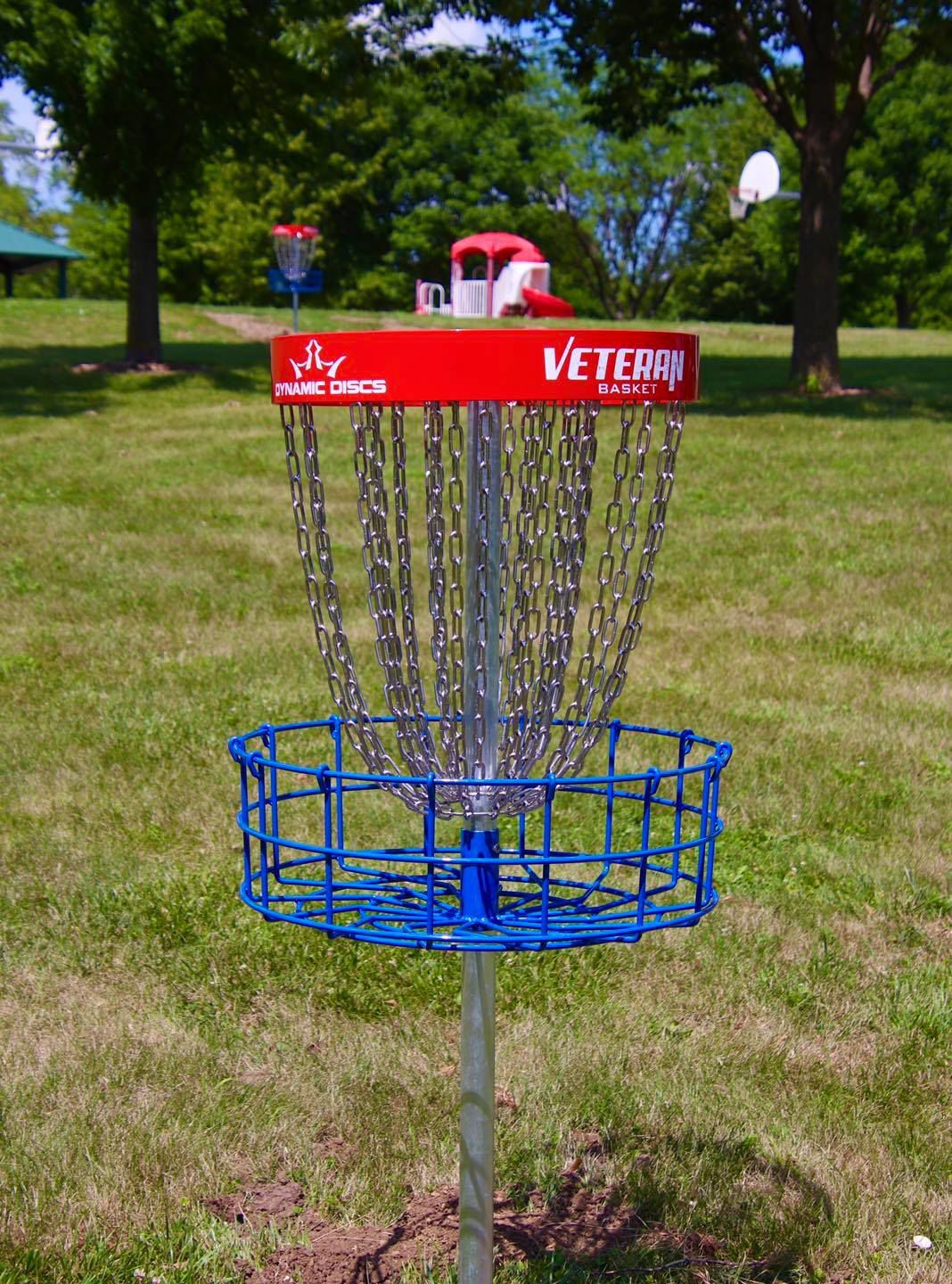 After many requests, the Papillion Parks and Recreation Department has installed disc golf at Overland Hills Park.

This summer’s upgrades in game equipment by the City of Papillion Parks and Recreation Department to Overland Hills Park include a three “hole” disc golf course, one of the public’s most requested improvements.

Disc golf has rules similar to traditional golf, with long fairways to traverse in the least amount of throws. The hole is a suspended metal basket with access on all sides. Throwing discs are smaller than a traditional Frisbee and designed for control, speed and accuracy, like a golf club.

“There are lots of people who would like to try disc golf,” said Park Director Tony Gowan. “It ranks extremely high in our surveys.”

Gowan said should the game prove successful, it could be expanded to other parks and holes added for longer courses.

However, the game players will have to provide their own paddles and balls, throwing bags or golfing discs.

“We wanted to try something new,” he said.

Cade Swanson of Papillion, a recent graduate of Papillion-La Vista South High School, is among 40 students selected to join the Nebraska Busin…

Two experts from the National Center for Missing and Exploited Children, aiding the La Vista Police Department, do not believe missing La Vist…

While the Papillion La Vista Community Schools’ plan to open the 2021–2022 academic year emphasizes the need to return to “business as usual,”…

“The Accidental Papillion Teen Time Travel: A Papillion 150 Musical” has its world premiere Thursday and Friday at 7 p.m. at the Papillion Landing.

The office of Sen. Ben Sasse announced Malaya Cockcroft of Papillion Middle School as a winner of the senator’s third annual statewide student…

On Tuesday, July 20, the La Vista City Council, the Papillion City Council and the Sarpy County Board held their regularly scheduled public sessions.

Papillion’s Jakob Shiner, a student at Metropolitan Community College, earned the college silver medal in Collision Damage Appraisal at the 20…

“What does serving our nation mean to you?”

Cornhole courts are part of the new additions to Overland Hills Park.

After many requests, the Papillion Parks and Recreation Department has installed disc golf at Overland Hills Park.