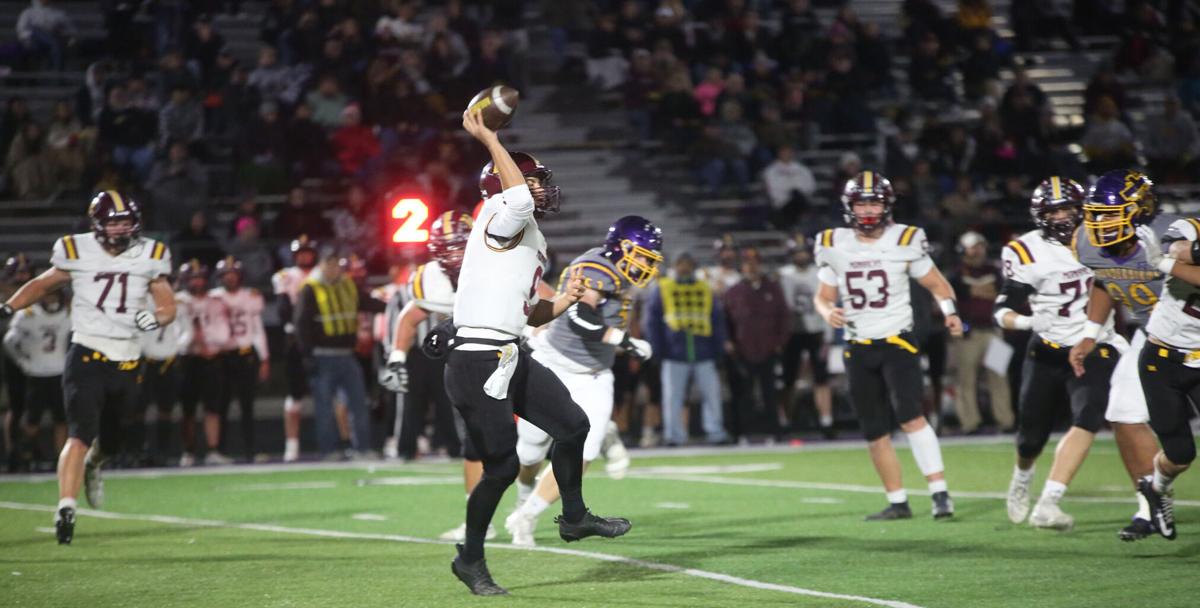 Papillion La Vista quarterback Nick Chanez looks for an open pass catcher on Oct. 29 against Bellevue West. Papio would lose 63-26 and exit in the first round of the class A football playoffs. 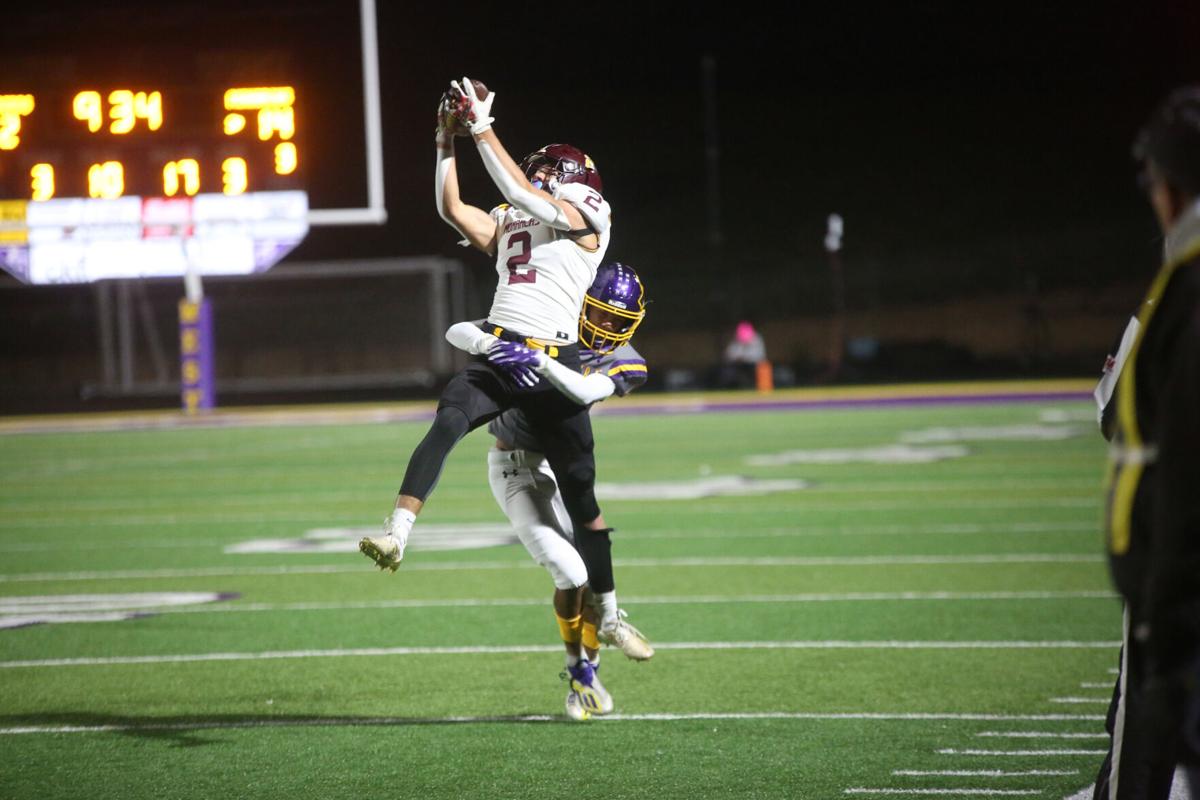 The Papillion La Vista football team ran into of the best prep football teams in the state in Bellevue West on Oct. 29.

Despite its known defensive prowess, Papillion La Vista lost in a one sided 63-26 Class A playoff game against Bellevue West.

Bellevue West hit the scoreboard first with a 18-yard touchdown run from running back LJ Richardson from a Thundercat formation with eight minutes and 55 seconds left to play in the first.

West quarterback Luke Johannsen would connect with tight end Michah Riley-Ducker to increase the Thunderbird lead to 14-0 with five minutes and 22 seconds left to play in the first quarter.

The first miscue from Bellevue West would come when the Monarchs forced a three and out and then blocked a Thunderbird punt.

The blocked punt would give Papio the ball inside the five-yard line and lead to its first score of the night.

Bellevue West led 14-7 at the end of the first quarter.

Johannsen would throw a 50-yard bomb to wide receiver Kyrell Jordan to put Bellevue West up 21-7 with about six and half minutes left in the second quarter.

The Bellevue West defense would also come up big courtesy of an interception from cornerback Will Kieser with two minutes and 43 second left to play in the first half.

Richardson would then find yet another open lane for a 38-yard touchdown to put the Thunderbirds up 28-7 with two minutes nine seconds left to play in the first half.

Papio return man Kenyan Cotton took a kickoff back all the way for the Monarchs to cut the West lead to 28-14.

Johannsen would show his running ability on a 11-yard touchdown run to cap off a stellar first half and lead the Thunderbirds 35-14.

The second half would be much like the first, with Bellevue West not once taking their foot off the gas pedal.

The Monarchs failed on a two-point conversion try and the score was 42-20 with more than 10 minutes left in the third quarter.

Johannsen connected with Helms for a 14-yard touchdown to put West up 49-20 with less than six minutes left in the third quarter.

Papio quarter back Nick Chanez would then throw a 16-yard touchdown and after another failed two-point conversion the Monarchs were down 49-26.

This would be the last time the Thunderbird defense allowed Papio score in the game.

Bellevue West would top of their score with two additional touchdowns courtesy of running back Gio Contreras.

“Papillion is a really good team, that defensive end (Will Hubert) is such a great football player. He’s going to Iowa and I can totally see how and they did just enough between their three, three and three, two stuff that confused us a little bit so the week of preparation was hard,” West head coach Michael Huffman said.

The Bellevue West defense held Chanez to 81 yards on 10 completions the entire game.

Papio ran a total of 58 plays that resulted in 20 first downs compared to West’s 31 first downs.

Before the last bite of pumpkin pie is finished, the holiday season begins in earnest with beloved annual traditions from the cities of Papill…

Will Moses has completed the Papillion Public Library’s “1000 Books Before Kindergarten” challenge. He will receive 10 free books, a T-shirt, …

Papillion La Vista quarterback Nick Chanez looks for an open pass catcher on Oct. 29 against Bellevue West. Papio would lose 63-26 and exit in the first round of the class A football playoffs.