PLSD bands play for community first
Share this
1 of 3 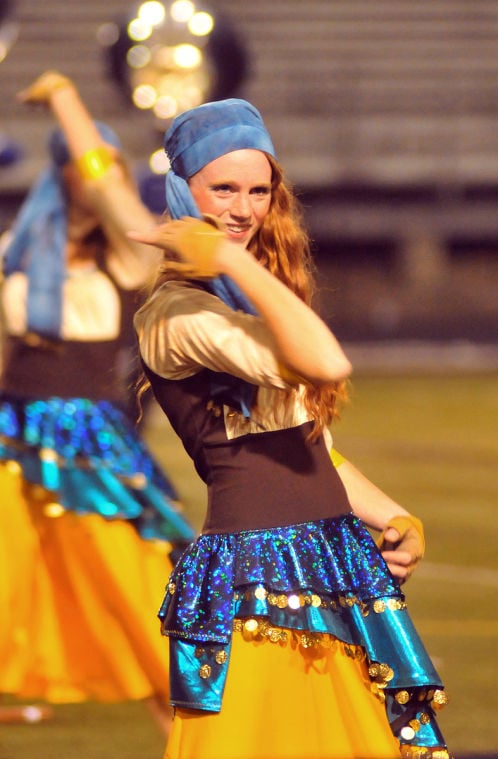 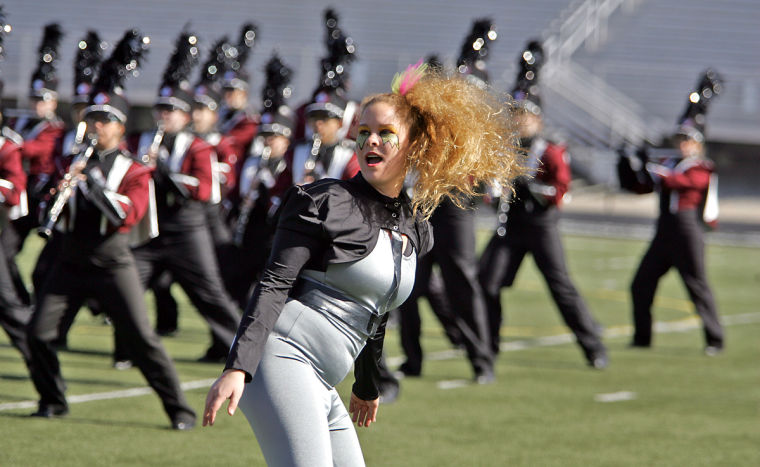 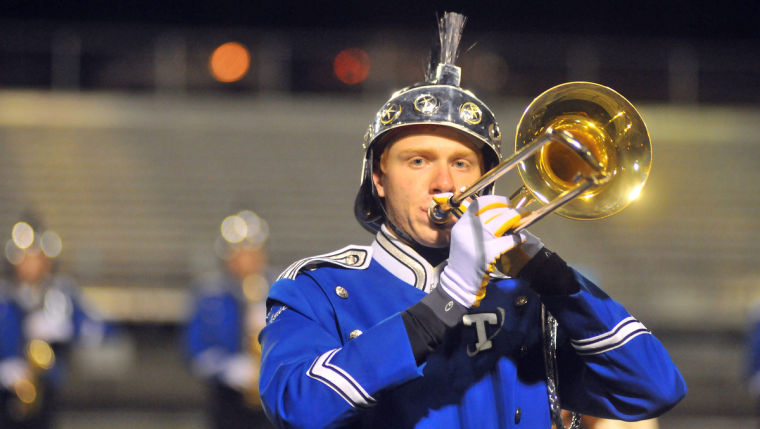 Scores, rankings and competition aside, the marching bands at Papillion-La Vista’s two high schools are always playing for something bigger: a whole community that loves its musicians.

“It was the crowd,” Lambie said. “The whole time we played, they were cheering. And when you’ve got people like that who are going crazy, the score’s not really what you remember. You remember how everyone reacted.”

And that goes for just about every performance on either side of the Papillion-La Vista high school divide — from the football games where the bands play to packed stadiums, to the competitions where fans and parents cheer on their respective ensembles.

Because if the bands are making their audiences happy, the sometimes fickle world of marching band judging will usually follow.

For the Titan Marching Band, with a superior rating and a sixth-place finish to lead off the season at Bellevue East, second-place showings at Columbus and Lincoln and a fifth-place finish at the Omaha Marching Invitational, the aim is to continue building excitement and musicianship through the long and arduous season.

It’s where the Titans ended up, too, Lambie said.

“It was the perfect show to go out on,” he said.

The Titan Band chose a Mediterranean Rhythm theme for its show this year and incorporated aspects of Gypsy culture into the routine that included a musical tour around Southern Europe. The Titans’ flag guard played an integral role in the performance.

Lambie added it’s not enough for the musicians themselves to merely play. They also have to get into the rhythmic spirit displayed by the guard.

That showmanship is the watchword of a band’s success and what will often bring the crowd most readily to its feet.

At Papillion-La Vista High School, the Monarch Marching Band — which received an excellent rating at the state competition — prides itself on being visible with choreography and other showstoppers both during their competitions and in the shows the band performs at football games and other events.

“Our focus is the community,” band director Tim Keller said. “We want to be actively involved in the stands during games, we want to give the people who come out to see us a good show.”

The Monarchs will also take time out of their competition schedule to play events like the Susan G. Komen Race for the Cure, as a 25-member ensemble did recently.

A bit of whimsy also enters the PLVHS band’s routine, as when they played the pop favorite “What Does the Fox Say” at the final home football game this season. The band is also known for its rendition of the Neil Diamond standard “Sweet Caroline.”

The Monarchs’ show also hit on some other popular music as they chose a Led Zeppelin tribute for competition.

Blake Butterfield, a three-year drum major for the Monarch Band, said, like his compatriots at PLSHS, the aim is to get a big rise out of any crowd.

“It’s fun to compete, but it’s also great to be at football games and getting the crowd all riled up,” Butterfield said. “When you hear all those people yelling and cheering, it really gets you into it.”

Those are the kinds of results both the Monarchs and Titans take as the intangible rewards for months of hard work, starting with searing summer practices and morning after morning watching the sun come up during in-season rehearsals.

For the Monarchs’ Butterfield, he sees every opportunity to conduct, sing or play music as a means to express a feeling and effect the people around him.

“What I like about any form of music is the chance you get to express a kind of creativity to an audience,” he said. “It’s very rewarding to have that opportunity.”

More and more bands are also seizing that opportunity, said Kellett. He added that in his career, he’s seeing the degree of musicianship improve steadily and competition coming down to fine degrees.

“The quality of bands in this state has skyrocketed,” he said. “Directors are having to use everything they can, striving to put on the best show possible.”

Rave On Productions brings “Buddy — The Buddy Holly Story” back to stages in the metro area starting July 30.