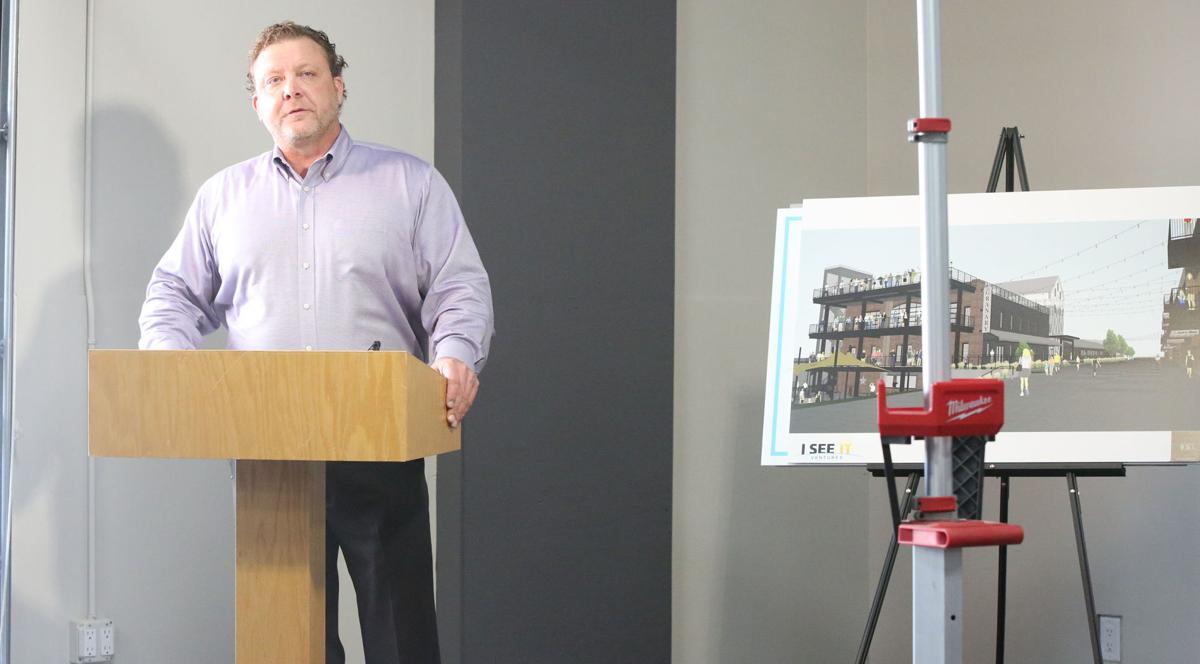 Gordon Whitten, CEO of I See It Ventures presented several renderings of the Granary District at press conference on Mar.30. 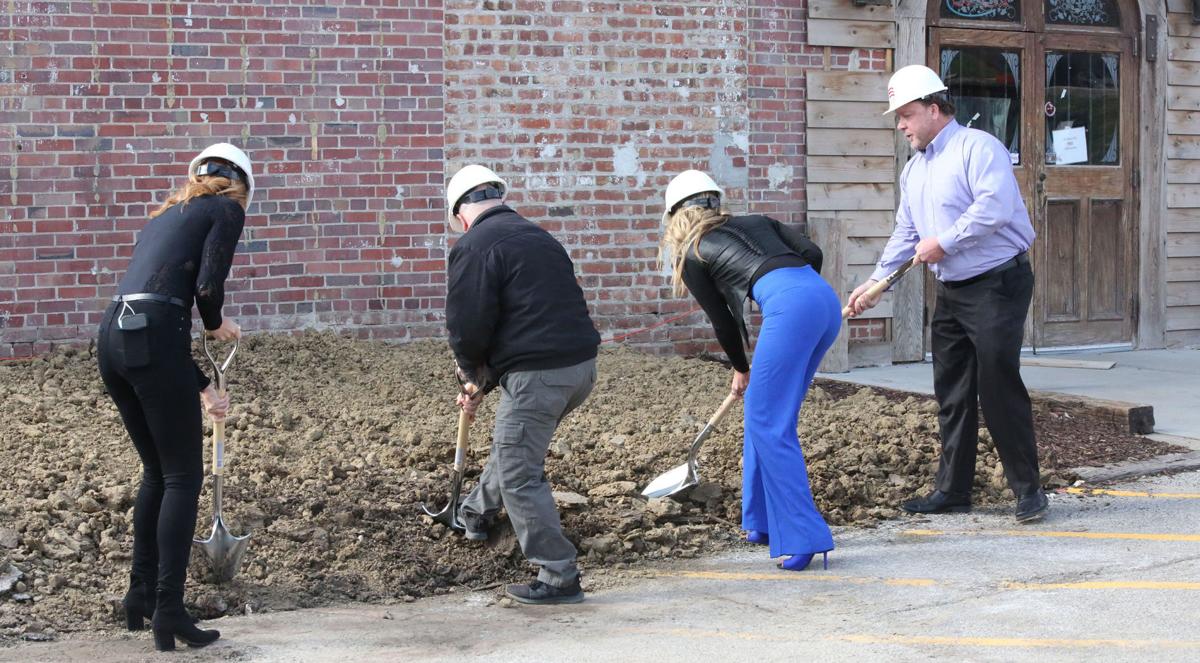 Community members participated in the ground breaking of the Granary District on March 30. 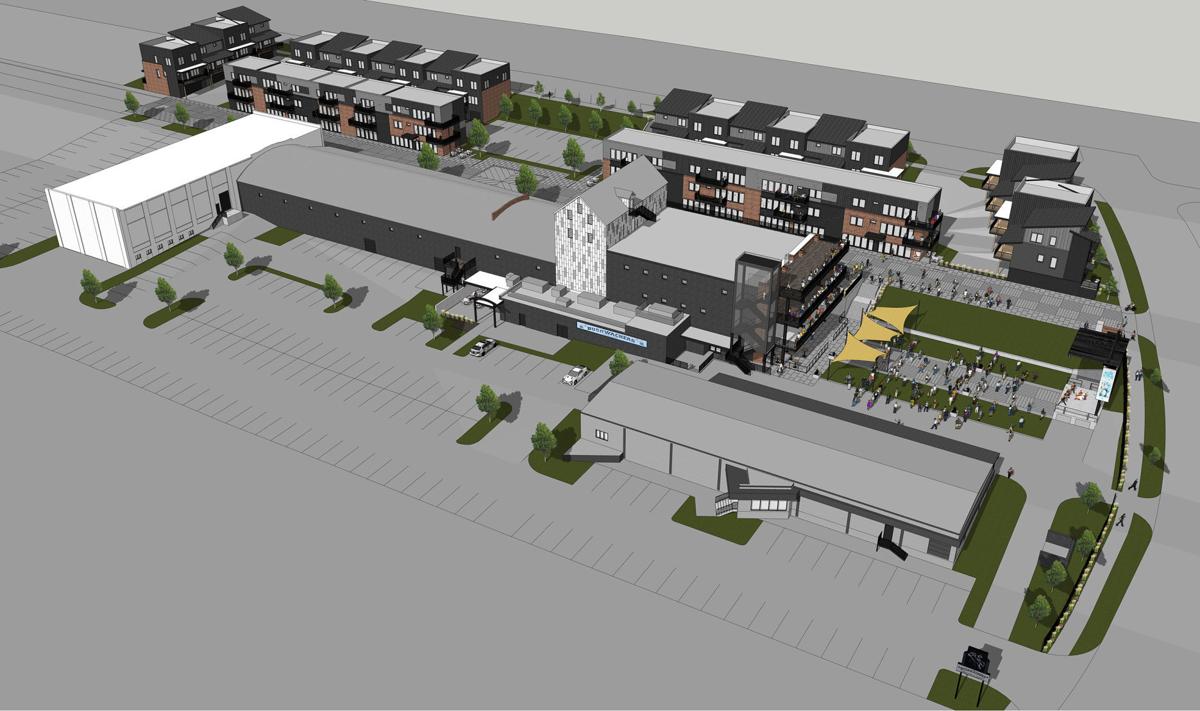 This is a rendering of what the complete Ralston Granary project will look like once completed.

Ralston officials on broke ground March 30 on a project that aims to revitalize the Old Ralston Granary, located southeast of 75th and Main streets.

This project, estimated to cost around $20 million, is part of a partnership between the City of Ralston and entrepreneur Gordon Whitten’s company, I See It Ventures.

The granary redevelopment project will look to bring new housing, businesses and jobs to Ralston.

As part of the granary project, I See It Ventures is investing $2 million into a new business accelerator.

At the press conference on March 30, Whitten described the business accelerator as the “Shark Tank of the Midwest.”

“Similar to ‘Shark Tank,’ our program offers a competitive environment for entrepreneurs to pitch their ideas,” Whitten said. “If it’s a high-growth business, we can help; we give them financial support and the backing they need right here in Ralston.”

The business accelerator will provide up-and-coming companies with capital investment, guidance and support.

“I’ve been an entrepreneur my whole life and started numerous companies and been fortunate to have some success,” Whitten said. “We have a team to wrap around these entrepreneurs and help them.”

Whitten said the fact that Ralston is an economic opportunity zone is another incentive for him and other entrepreneurs to start a business in the city.

A sizable portion of Ralston was designated a Qualified Opportunity Zone in April 2018.

Opportunity Zones, created by Congress’ 2017 Tax Cuts and Jobs Act, are designed to spur investment in “distressed communities” by providing federal tax deferments on capital gains of businesses, real estate and other investments based in the area.

Bushwackers will undergo some remodeling and create an outdoor venue known as the Granary Green that can hold up to 3,500 people and flow into the Granary District Project.

Whitten said the goal is to make the Granary Green will be a three-seasons event venue.

“It will be able to provide heat and things like that, so it won’t just be an outdoor event venue we run a few days in the summer,” Whitten said.

Bushwackers will program the Granary Green and will remain open during the construction of the Granary District.

“The Granary Green will bring together Ralston’s new entrepreneurs in the Granary District and Ralston residents,” said Kelsey Ostendorf, a member of the Ralston Economic Development Corp. “It will showcase what is new about Ralston while helping preserve and enhance Ralston’s traditions.”

Out of the Box, a commercial anchor tenant in the Granary District, is set to open in mid-May. Out of the Box is a 20,000 square foot retail store that sells reclaimed and recycled, architectural details, and furniture and home improvement accessories.

In addition to space for businesses, Whitten said on the western side of the granary property I See It Ventures plans to construct spaces with commercial space on the bottom and additional space for townhomes.

“It is very exciting what we are going to be building here,” Whitten said.

The remodeling of the rest of the commercial space will be finished by the end of this year and the townhomes will be completed sometime in 2022.

Financial Focus: How much risk should You take before retirement?

If you’re planning to retire in just a few years, you may be getting excited about this next phase of your life. However, your ability to enjo…

The Trailblazer Conference announced its inaugural all-conference team on Monday. Here is the list:

Gordon Whitten, CEO of I See It Ventures presented several renderings of the Granary District at press conference on Mar.30.

Community members participated in the ground breaking of the Granary District on March 30.

This is a rendering of what the complete Ralston Granary project will look like once completed.