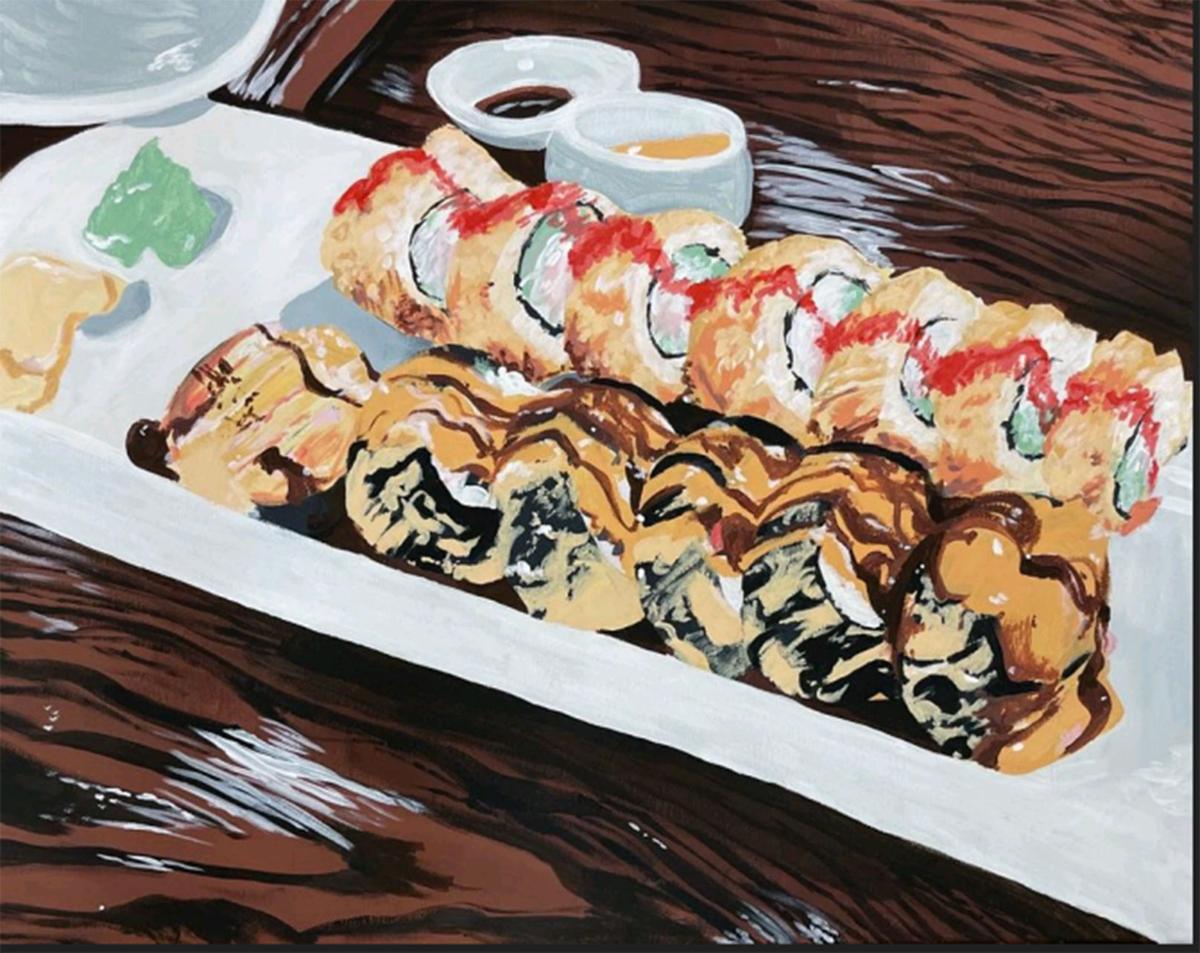 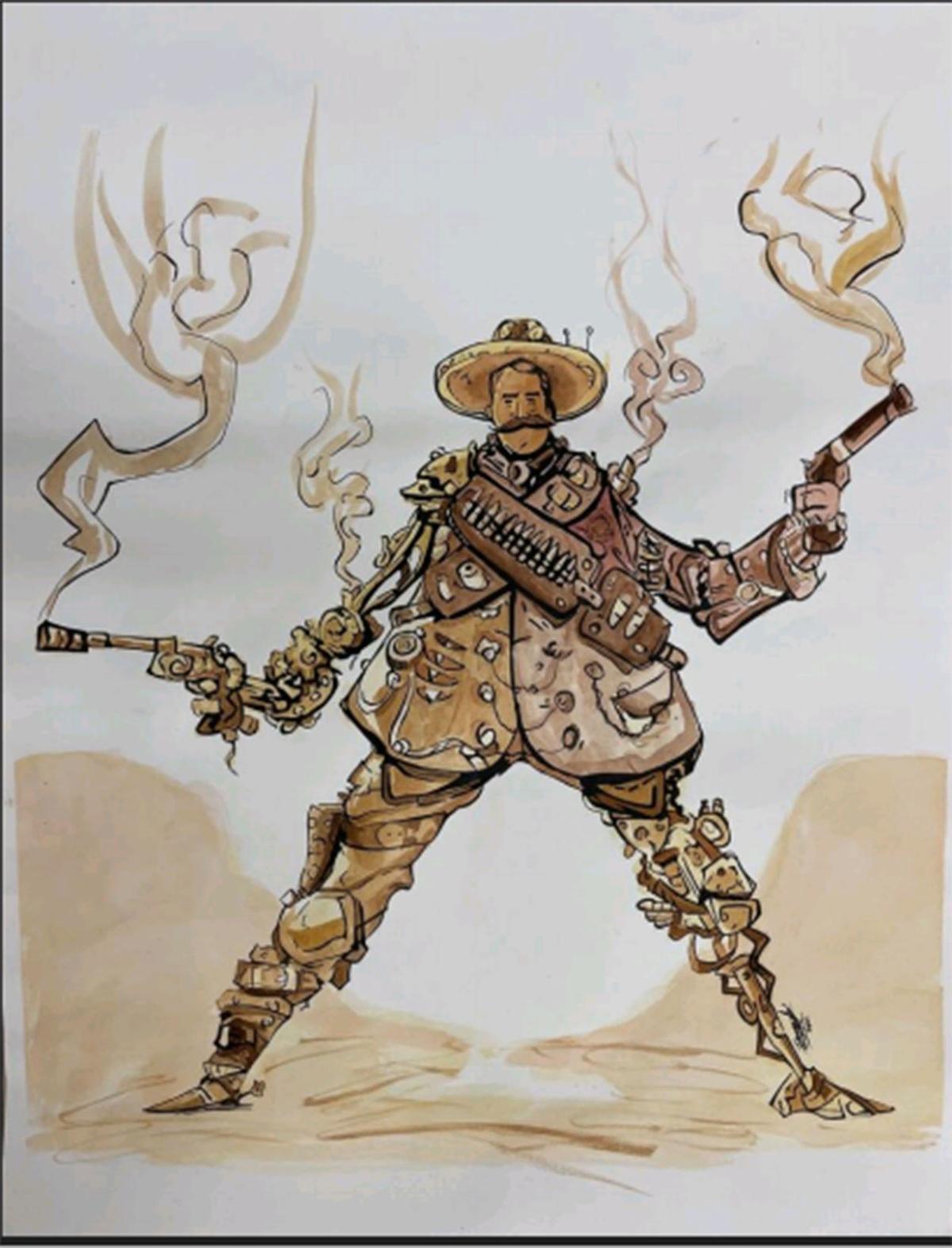 RHS art teachers Sarah Hall and Calvin Banks had been working with students all year long on projects in several different mediums.

Students spent hours outside of the classroom tweaking their artwork to near perfection for the community to see. Hall said a student could have put a minimum of 40 hours into an art piece.

Hall said to pick the 15 pieces for the show, the decision process came down to two factors, the first being technical ability.

“Then we look for, does the artwork also have some sort of emotional connection to it? Does it tell a story? Does it have a narrative and a piece has both of those things, or is it a very strong technical piece or a very strong emotional piece?” Hall said.

Each school in the conference picked 15 student art pieces from throughout the whole year.

“We were still a little bit nervous to host an actual in-person art show, so we did it all virtually,” Hall said. “It’s just super exciting because it’s our first go in this conference art show and it’s awesome to see what other districts our size are doing in their art department.”

Hall admits there were some technical bugs they had to work through but that it all worked out in the end.

A Google form for all the school districts was set up to send in their 15 pieces of chosen artwork.

After the art was compiled, Hall and Banks created a PowerPoint that had the name of the student artist, name of the school, name of the artwork, the media it was done in, and the dimensions of the piece.

The copy of the artwork with all the identifying information was sent out to all the different districts where they could share on their websites or social media.

An artwork’s identifying information was removed to maintain anonymity and was then sent to three judges.

There were several categories, such as pencil drawing, water color and acrylic.

The three judges did their initial scoring — where they chose first, second and third in each art category — and then a best of show and a best of show runner up.

On April 20, the judges gathered via Zoom to further discuss the artwork and come to a consensus on everything.

She said it great that art students are getting more recognition as a result of this conference art show.

“A lot of times our students who we put into these competitions, they’re working hours outside of the classroom, drawing at home, practicing at home; it’s just as much of a dedicated craft as being an athlete,” Hall said.

She said the competition factor has been motivating for her art students.

“We see how we rank amongst other artists in different districts and it pushes some of our students even harder,” Hall said. “It’s just a great way to kind of see what other kids are doing and then to just keep raising the bar.”

The final rankings for the inaugural Trailblazer Art Show are broken down into first, second and third places for each category. A student’s name, school they attend, material used, artwork sized and name of the piece are included with the rankings.

Outstanding Artist (one from each school)

Most classes end with an essay or a multiple choice test.

After 84 years, the Ralston Recorder to close

Since 1937, the Ralston Recorder has covered the Ralston community with stories of historical events, local activities, schools and sports and…

Ralston teacher brings the farm to the classroom

April Pinkes, kindergarten teacher at Meadows Elementary School, is bringing her experience on the farm to her classroom.

Spring is in the air, and here at the Ralston Library, we are ready for the warmer weather.

As an adult, you can fully appreciate all your mother has done for you, so, on this occasion, you may be happy to give Mom flowers, candy, jew…